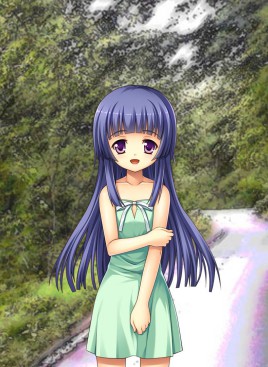 The Higurashi series by 07th Expansion continues on with the fourth chapter this month. For fans of the series, this is an immensely important chapter because it finally closes up the Question Arc. Up until now, players have been continuously presented with events occurring in Hinamizawa upon the arrival of Keiichi. Each time, we were given new tidbits of storyline, dug deeper into character backstories, and saw terrifying (and different) conclusions to the tale. The point of all this shuffling of story elements is to keep the mystery fresh. Readers aren’t meant to know the true history of events until each of the Answer Arc chapters finally reveal the truth. Still, it has been fun continuously coming up with new explanations at the end of every chapter.

As this is the fourth chapter in the Higurashi series, it only makes sense to play this game after the previous three. This review will make reference to events that would definitely be considered spoilers from previous chapters. Although not yet delving into the Answer Arc, Higurashi When They Cry Hou – Ch.4 Himatsubushi is billed as a bit of a side story. Instead of giving us yet another peek at Hinamizawa’s destruction or the death of Keiichi, we’re taken back in time a few years. You know how Mion, Rena, Satoko, and Rika mentioned how the town successfully fought against a government initiative to build a dam that would destroy their home? We’re placed right in that timeframe to finally watch the events that led up to the plan being stopped first hand.

Just like previous chapters, this one again puts its primary focus on a few characters. In particular, we get to learn much more about detective Ooishi and young Rika. But of course, we can’t be following Keiichi around since he would not be back in Hinamizawa yet. Instead, we’re introduced to a new protagonist named Akasaka, a member of the Tokyo police department. Poor Akasaka is in a tough position. His wife is only days away from giving birth when he receives the assignment of checking out a tiny town hours from Tokyo in case they have anything to do with a recent crime. It appears a political official’s grandson has been kidnapped. In order to figure out what political organization may have orchestrated this act, the police are scrambling to uncover any and all information. 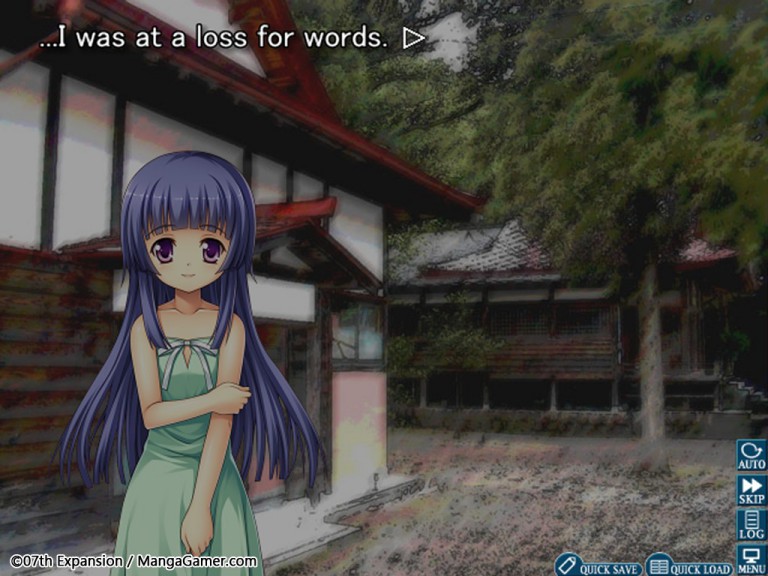 This leads Akasaka to Hinamizawa because of their anti-dam committee. Once a relatively tame organization, it has quickly grown to act violently against dam construction workers and even destroy their work trucks. Still, the police think the chances of them having anything to do with the kidnapping are slim. Akasaka quickly learns they’re far more suspicious than initially thought. This is compounded when he meets Ooishi, a boisterous yet incredibly helpful detective. The two are initially cautious of one another but must work together in order to uncover what’s going on in this town – and if the kidnapping is actually related.

Getting to peek into the events surrounding the dam protests is surprisingly enthralling. After all, it has been referenced multiple times before but only slightly. As you might expect, there’s a lot of power play going on between the townsfolk and their citizen’s group. It’s also shocking to see how intense the fight was just a few years before Higurashi When They Cry Hou – Ch.1 Onikakushi takes place. Obviously saying much more about the storyline would lead to Ch.4 spoilers. Suffice it to say that this “spin off” appears to offer a lot more clarity than it purports. Even though it’s somewhat of a prequel to the start of the game, the spoilers it contains for previous chapters ensures that you should only play this one after completing the rest. 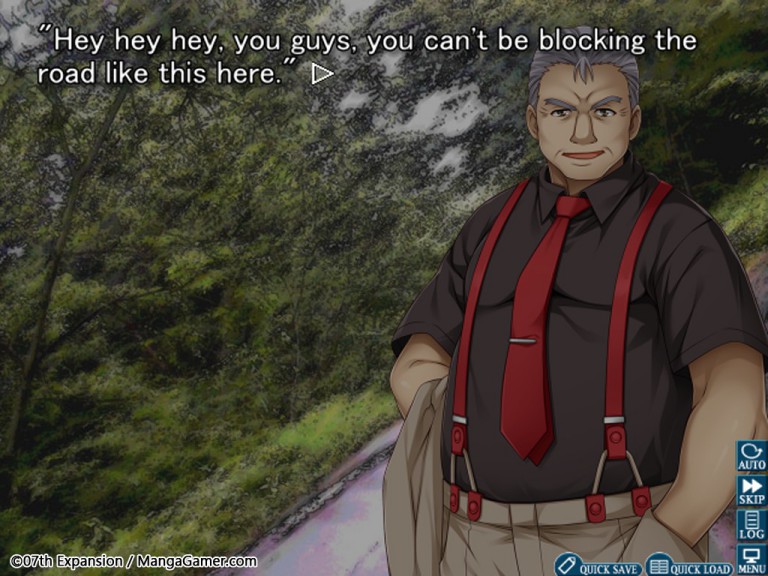 Unfortunately for fans, Higurashi When They Cry Hou – Ch.4 Himatsubushi is shorter than all previous chapters. Up until now each chapter has been nearly the same length while this one is basically half as long. For example, if it took you ten hours to read any previous chapter, it will take you just around four or five to complete this one. The experience doesn’t feel cut off or anything, just a bit short. It may be due to the fact that the entire chapter takes place primarily over the few days when Akasaka does his investigation. It would have been nice to spend a bit more time seeing the character interact with Ooishi to expand his role a bit.

With Higurashi When They Cry Hou – Ch.4 Himatsubushi adding its new piece to the Higurashi puzzle fans will still have many theories in mind. The only negative about the chapter from this perspective is that it makes things harder for certain theories to continue to hold water. Of course, the other main negative of reaching the end of any chapter is that it means there’s now a horrible six month wait before getting a new dose of Higurashi on Steam. 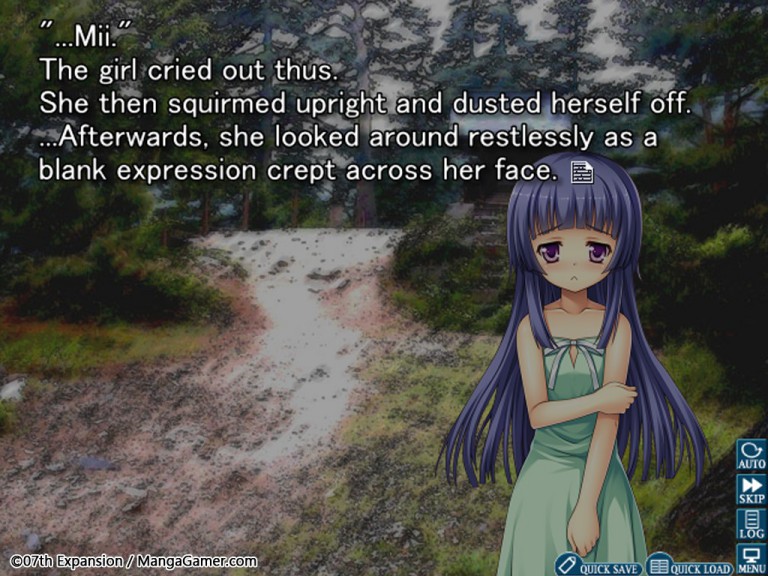 Fans are sure to find Higurashi When They Cry Hou – Ch.4 Himatsubushi another enthralling episode. After giving us different retellings of the same story for the previous three chapters, we’re finally treated to something different. Sure, it might only be half the length, but still provides a great deal of tantalizing clues to strengthen fan theories. Anyone who especially loves Rika (or Ooishi) will also get to see those characters more in depth then they’ve been presented previously. With this chapter complete, it’s now time to get ready for the Answer Arc to begin.