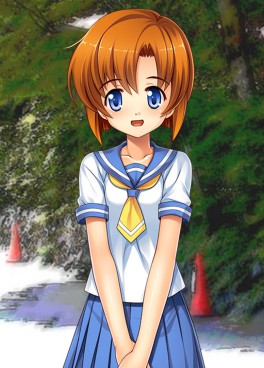 Waiting for each chapter of Higurashi to launch in English is tortuous. Fortunately for fans, the end is finally in sight, even if it will still be a year or two longer before this visual novel’s conclusion. Higurashi When They Cry Hou – Ch.6 Tsumihoroboshi is the second chapter of the Answer Arcs, with two still to follow. This is the Atonement volume which is a heavy name that comes with high expectations. Fortunately, it doesn’t disappoint, though it takes more than a couple strange twists over the course of a playthrough. With that said, anyone looking to play this chapter must first complete the five which preceded it. This review will include spoilers for previous chapters in the Higurashi series to provide context for Ch.6 Tsumihoroboshi

Thus far, there has been a clear pattern in each chapter of Higurashi. After the introductory episode to the sleepy town of Hinamizawa and its inhabitants, the series quickly fell into a simple formula of Keiichi’s life going from pleasant to terribly dramatic – usually culminating in murder. Each Question Arc added more questions as it gave us a deeper look at characters such as Mion, Shion, Satoko, Satoshi and Rika. Yet there’s one character we have been missing an extended look at – Rena. In many ways, Rena seems like one of the most normal characters in the series with her adoration of cute things and great friendship with everyone else. Yet we’ve known something must have been lurking behind her pleasant exterior due to the fact that she seemed almost forced to move back to Hinamizawa one year earlier. By the end of this episode, it becomes quite clear that Rena is a much stronger, deeper character than anyone may have expected.

Ch.6 Tsumihoroboshi is not as tragic as some of the past chapters, but that doesn’t mean it is boring. It provides an unexpected “answer” to Ch.1 Onikakushi. On one hand, it may be the most grounded answer to the madness surrounding the Watanagashi deaths and curse, yet it’s still plenty strange. It’s also still incredibly tense with moments of sheer horror. The writing is as well done as always and the current build on Steam features very minimal typos. 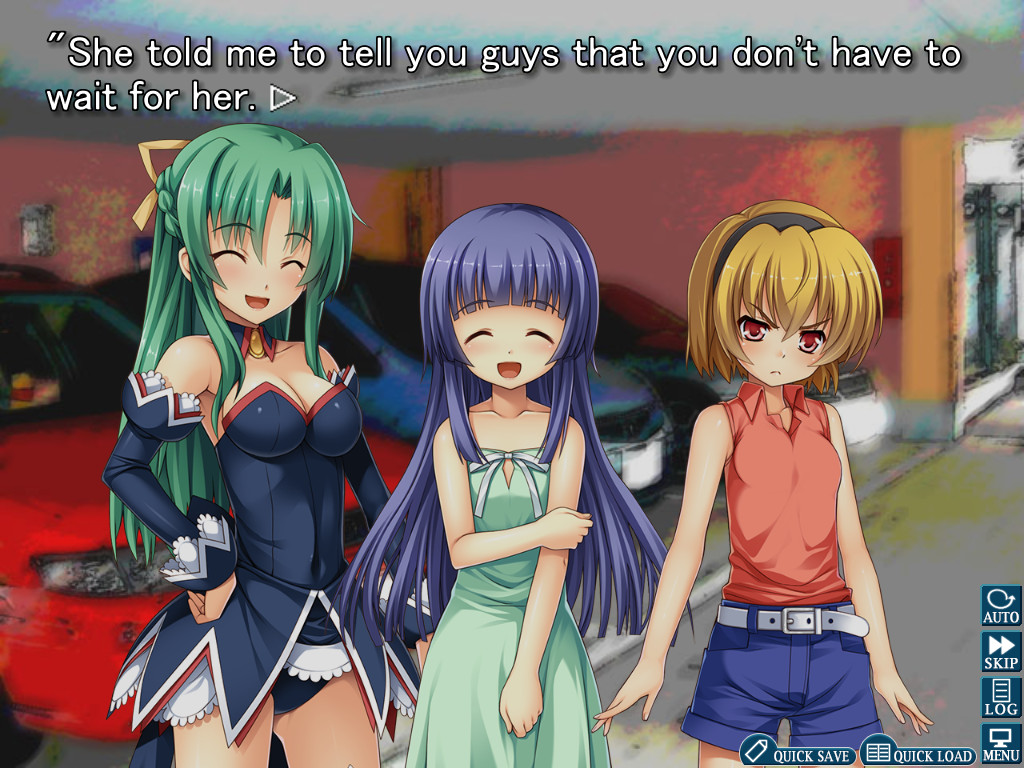 Despite Valve’s ever-evolving rules on Achievements, the game includes them so that you’ll have 100% of the Achievements unlocked after reading through the whole game. There are currently no Trading Cards available until the game sells more units, though. Given that previous titles in the series got cards, it seems likely that they’ll eventually come to this title too. Cloud Saves are also implemented so folks can play Higurashi between multiple systems.

Compared with previous chapters, this one seems a bit shorter. Even so, that still means you’ll have about eight to twenty hours of reading to see the story through to completion. One of the strangest parts of this release is that it seems to have been rushed. At launch, the game included a variety of bugs. The most annoying in my own playthrough was that auto text did not remain the same speed. After a while, it slowed and required a reset of the game to go back to the appropriate speed. Other, weirder problems included the fact that the game’s credits were never triggered to play. Credits are useful from a story standpoint because they list what happened to each character. Of course, it’s also just nice to give credit to the developers of the title for all their hard work. 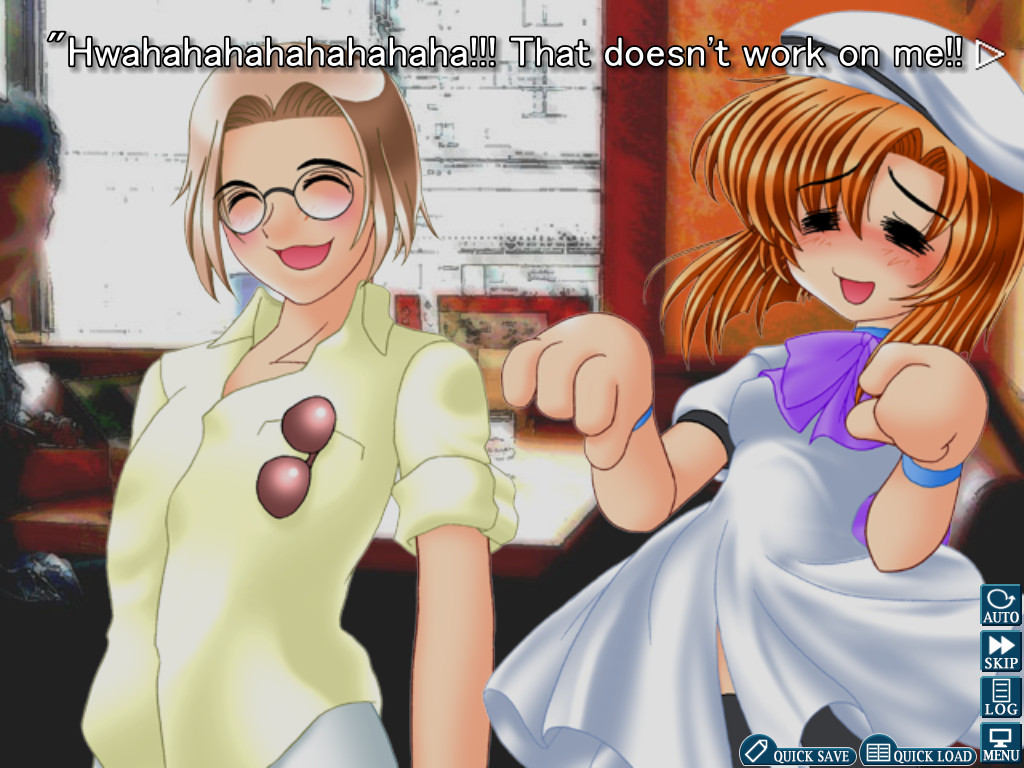 Other oddities included some missing sound effects and some original songs not included in the release. A fan put out a patch to address these issues, but presumably the development team is also working on their own more official fix. So far, many issues brought by the community were addressed by a patch last week. Hopefully future releases are not so laden with trouble out of the gate, as it seems like previous chapters were not nearly as buggy in comparison. While some issues still exist, none are anywhere near game-destroying bad.

As with all Higurashi games before it, you’re not going to get any voice acting. With that said, there is a continued effort from fans to bring over the voice content as well as updated sprites from the PS3 edition onto Steam. It’s not complete yet, but should be available relatively soon. With that said, players lose nothing by going into the PC edition without the inclusion of these features. The game is still totally affecting without requiring Japanese voice acting to be present. Adding voice acting doesn’t hurt the release either, though. It’s up to players what they choose to do with the game once they own it. It also continues to include Japanese text support as well as the original sprites and revised PC ones by default. 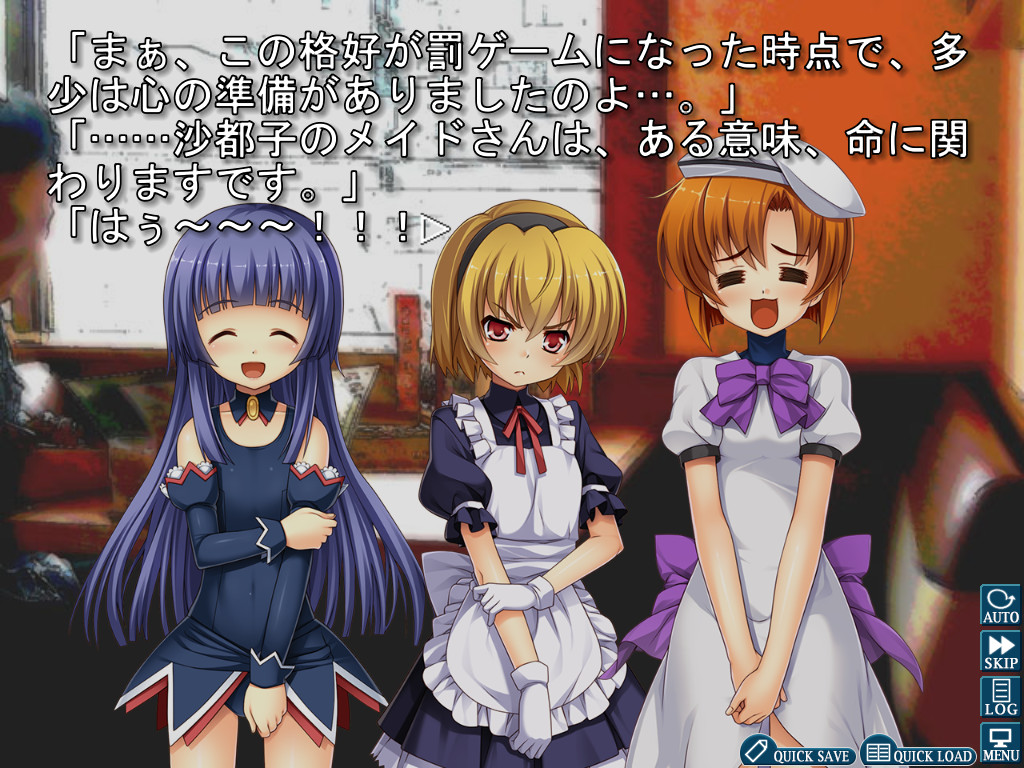 Higurashi When They Cry Hou – Ch.6 Tsumihoroboshi is an odd chapter. Although it fits fully within the confines of the Higurashi world, it feels thematically different from previous chapters. It’s not a bad thing, though, as much as it’s a much-needed change of pace after some terribly distressing chapters that came before it, such as Ch.3 Tatarigoroshi. By now the most glaring bugs should be fixed with a patch, meaning there’s little reason to delay playing Ch.6 Tsumihoroboshi. Go in with an open mind and you’ll be in for a tremendously unexpected Answer Arc.