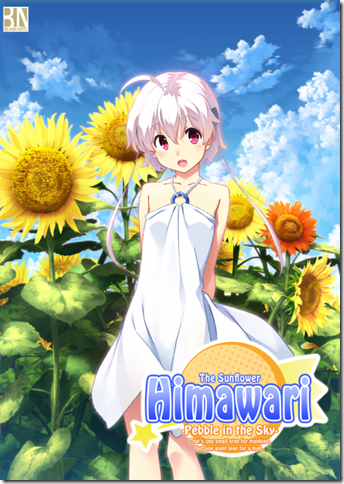 The path that Himawari – The Sunflower – took to release on Steam is tremendous. Originally the visually novel launched as a doujin (indie) title by blank-note in 2007. Years later, visual novel heavyweight Frontwing picked up the game and released an upgraded version for PSP. All of this, of course, took place in Japan in the past decade. All things considered, this visual novel seemed like one that was simply going to be passed over and never receive an official English translation. Yet, MangaGamer jumped in to help bring it to a new audience in 2016. This version of the game utilizes the PSP edition with its enhanced visuals as a base and also includes full voice acting. Now it’s finally possible for English-speaking PC gamers to see what an impressive visual novel they’ve been missing out on.

At first, it might seem that Himawari – The Sunflower – is yet another simple slice of life tale. It all begins with the introduction of two young men: Youichi and Ginga. Both high schoolers make up the two members of their school’s Space Club. Their goal isn’t simply to admire space and technology, but to actually craft their own spaceship capable of making its way to the moon. Being set in 2048, people have already made it to the moon, and there’s even a space station out there, but such a trip is practically unthinkable for these hobbyists. Space Club becomes seriously more interesting when what appears to be a meteor falls to Earth one night. Both boys rush to the scene only to find a small space ship with a young girl, Aries, inside. Suffice it to say, they have no idea where she came from or what to do with her. Ginja goes so far as to suggest she’s an alien and that they need to keep her safe from the mysterious Men in Black. As such, Youichi takes her home.

It may seem like the perfect introduction to a sci-fi tinged, sappy slice of life tale, and it does actually stick to that path for a while. The mystery surrounding Aries is far deeper than anyone might expect, but is far from the only story beat in Himawari – The Sunflower –. After a relatively slow beginning focusing on Youichi and Aries, players finish the first arc of a multi-tiered story. After that, it’s time to enter a new game and be presented with a tale which further fleshes out the world and focuses on entirely different characters. This is different from most visual novels which offer the same storyline again just with a branching path in the middle. In this case, you’re basically reading each path in a specified order. Making the “wrong” choice during dialogue and action segments is possible but will just lead you down one of multiple bad end paths rather down another route. 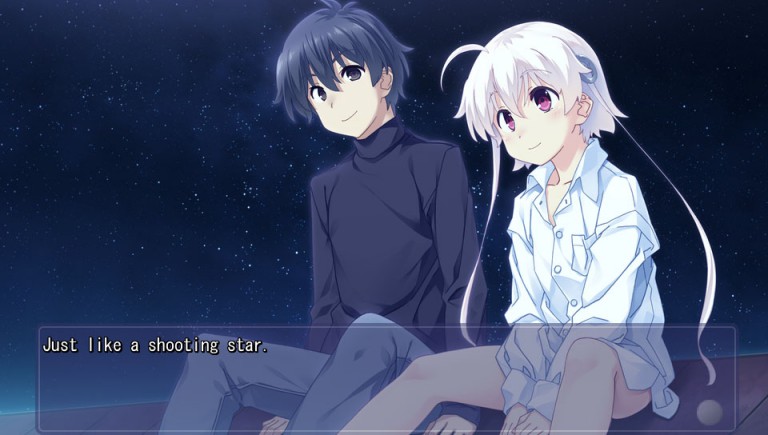 While each route is not too entirely long, completing each one will take you dozens of hours. On average, it’s likely the total reading time ranges from forty to sixty hours. While players are not required to play each story path, they’re doing a huge disservice to themselves by not playing them all. Himawari – The Sunflower – stands strongest by viewing it as a complete work. Sure, one chapter might not be as impressive as the rest, but all are basically required reading to get the full impact of this game’s tale. Fortunately, the storyline is intriguing and emotional enough to make hours fly by. When things become dramatic, there’s always a bit of humor to help lighten the mood (even if it sometimes feels out of place). However, don’t expect vapid, sugary sweet endings, as this is not what the title is about either.

Himawari – The Sunflower – has benefited tremendously from its improved graphics and voice acting. The art style oozes professionalism just as is the case with other Frontwing projects such as the Grisaia trilogy. You’ll also run into a fair share of CG sequences while playing which help make the visuals feel much more dynamic. Backdrops and props are important in this game due to the focus on space and space-based technology. Fortunately, the sky is carefully depicted with stars and key constellations are visible. The voice acting, too, is very well done. All characters – including the protagonist –  have their lines fully voiced in Japanese and each has a distinctive tone. 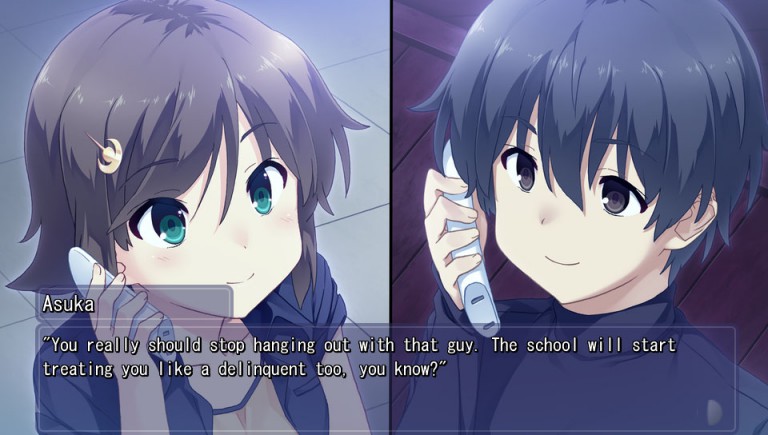 Throughout a playthrough, you’ll find some questionable events occurring alongside everything else. For example, a hanami party appears to demonstrate a great deal of uninhibited underage drinking. In other instances, it appears that teenage characters are creeped on by people twice their age. This version isn’t eroge so nothing too scandalous occurs, though it might surprise a few players along the way. With that said, each scene serves a purpose to make the characters more fully realized. Real people often make mistakes and the same holds true for our cast of characters in Himawari – The Sunflower –.

The best aspect of this visual novel is the expansive ride it takes players on. Thanks to the way that each story is split up, gameplay is super simple. At no point do you need to worry about making copious save states to avoid some untoward result. Just saving at each choice should be enough to ward off bad endings. Besides, even these brief bad endings do deserve a read through due to their interesting, sometimes creepy, resolutions. With that taken care of, all you really need to do is continue reading and, after getting to the credits, simply beginning a new game activates the next story path automatically. 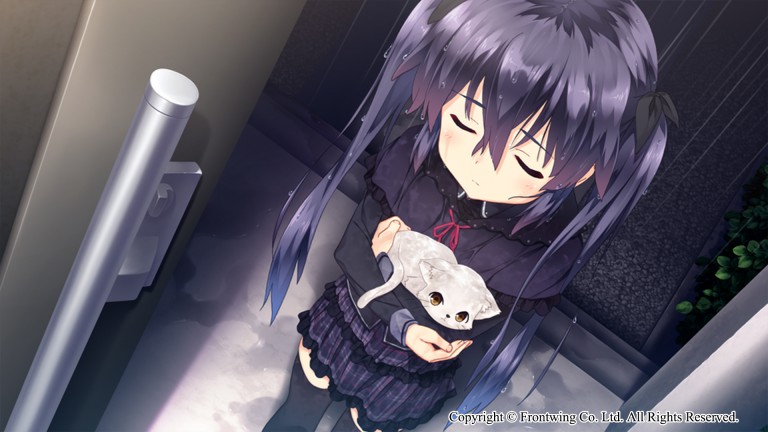 It’s easy to say that Himawari – The Sunflower – doesn’t tell a perfect story; there are lulls early on and a bit near the middle of this massive tale which might throw a few people off. Once you’re immersed in the world and characters, however, it’s tremendously difficult to step away. With professional presentation and a truly likable cast, you’ll find yourself desiring to 100% complete the visual novel and lamenting once the journey is finally over. Visual novel fans who didn’t previously have Himawari – The Sunflower – on their radar owe this one a look.