It has been a long time since we’ve seen Agent 47 in action, but while he was sitting back and sipping on margaritas in the tropics, the world of gaming has changed significantly. Third person shooters and even “stealth” games now offer a stronger emphasis on speed and multiplayer combat. IO Interactive may have had a tough time this generation experimenting with new intellectual properties, but surely they know what they’re doing with their biggest franchise. Can the ultimate assassin bounce back into the game, or has he fallen from grace?

Mechanically speaking, this is very much a Hitman game with a number tweaks to the overall mission structure. You’ll still be strangling guys with fiber wire, locking in chokes and pulling out 47’s trademark Silverballers when things get hairy, but it’s all presented in a more fashionable manner. The camera plays a slight role in this as the closer over the shoulder perspective works well with the more personal tale, along with takedowns and slow motion kills adding to the overall cinematic nature. 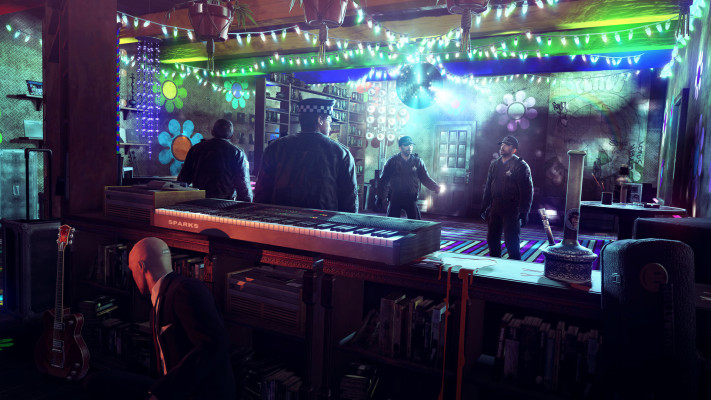 Unlike past games, though, this isn’t just the agency pumping out mission after mission. With Agent 47 going rogue, he has his own agenda to attend to, and at the moment it’s all about rescuing and protecting a mysterious young girl. Because of this, Agent 47 won’t be dropped into random locations around the world; he’ll stick to the United States of America and follow a linear storyline with minor branching options that can change dialogue in set areas. Don’t be fooled, though; while the story is told in a linear manner, each location is its own sandbox in which players can sift through. There are a wide variety of paths to take and an abundance of clothing to steal in the incredibly meaty world. It’s all about carefully stalking a target and finding the best time to strike without being seen, creating a sense of tension that’s both entertaining and nerve-racking.

There are twenty missions in all and they can range from literally less than a minute to hours long depending what kind of play style is used. Taking the stealth route, which is how it was meant to be played in the first place, offers a variety of ways to approach a situation, creating a good sense of replayability. Pulling out the Silverballers and go gung-ho is certainly an option, but that’ll obviously attract unnecessary attention and put guards on alert. There’s no one way to kill someone as IO Interactive have given players an array of creative ways to dispose of their targets and a number of alternate areas that most will likely miss on their first playthrough.

A new feature that is more than welcome to the Hitman formula is instinct. People in this world seem incredibly suspicious as no longer will walking past someone of the same trait, such as a criminal or police officer, allow safe passage. It’s an exceptional new stealth mechanic that allows Agent 47 to blend into the world around him a little more reasonably, but there are some issues with it. It makes sense that disguising yourself within a small group of people wouldn’t be realistic, but when fifty police officers are on scene, blending in as a cop shouldn’t be an issue. Enemies will also start to become suspicious even if your back is turned to them and they’re thirty feet away. It’s an aspect that needs some improvement but still works well enough, especially when you learn how to use it properly. 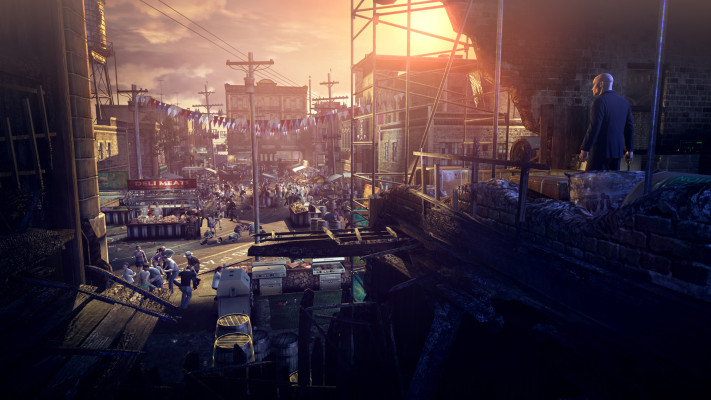 Similar to past games, Hitman grades how well a mission is accomplished and hands out rewards accordingly. Instead of receiving cash to upgrade weapons, which is instead done through the online Contracts mode, Agent 47 is given a numeric score which, if high enough, will give him upgraded abilities such as moving faster and blending into crowds better. It adds significant encouragement to replay missions, as there are many tiers that can be upgraded and will take multiple replays to max out. The better you are, the better you become. The score will be dependent on what actions are taken during a mission, penalizing for killing non-targets and being spotted, and rewarding for being hidden and completing side & main objectives. It’s addicting to see what minor adjustments can be made to obtain a higher score.

The Hitman franchise is all about trial and error and becoming the best assassin possible. Past games have had the ability to save anywhere during a mission and revert back to it whenever needed, allowing multiple approaches to different scenarios without having to go too far back. Unfortunately, Hitman: Absolution strips away the feature adds a number of checkpoints (dependent on the difficulty) that are both automatically and manually obtained. They are generally well placed, but the biggest issue is that instead of saving everything that’s happened, it just resets the entire world from that spot (along with the Instinct meter). This doesn’t mean that the already disposed of targets will be back for more, but instead random NPCs will be reset to their starting locations. 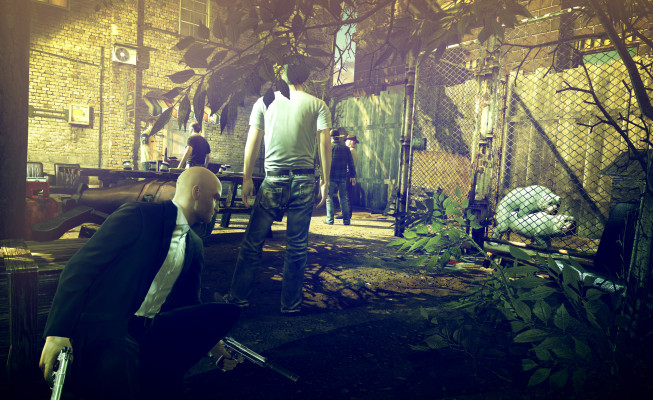 While the game has changed how the franchise will move forward, the online mode titled Contracts will bring fans back to the classic style of play. Instead of going with the flow of the main storyline, players will be able to set hits on whoever they please during a mission, allowing others around the world to try and best them and rack up cash for upgrades in the process. It’s an ambitious online multiplayer mode that gives gamers the freedom to play a traditional Hitman experience, simply going from kill to kill. Even during pre-release there were a number of well thought-out and challenging contracts, and with Hitman’s dedicated fanbase, it should keep players going for many months on end.

It’s also notable that Hitman: Absolution looks absolutely gorgeous. Having a powerful, but not top of the line rig, I was able to max everything out and still stay between thirty and sixty frames-per-second at all time. The number of bodies that IO Interactive is able to put on screen is overwhelming, making the crowd blending mechanics believable. The only problem with the PC version, though, is the controller-centric menu system. While Nixxes Software have done a great job in porting the game to the PC, the inability to select certain options with a mouse, and forcing gamers to use the keyboard, can lead to some confusion. Having to reposition your hand to the Enter button, it took me a couple hours to realize there were sub-menus to a few different selections. With the exception of that and a few crashes, the PC port is well optimized and towers over the console versions with sharp visuals and a steady framerate. 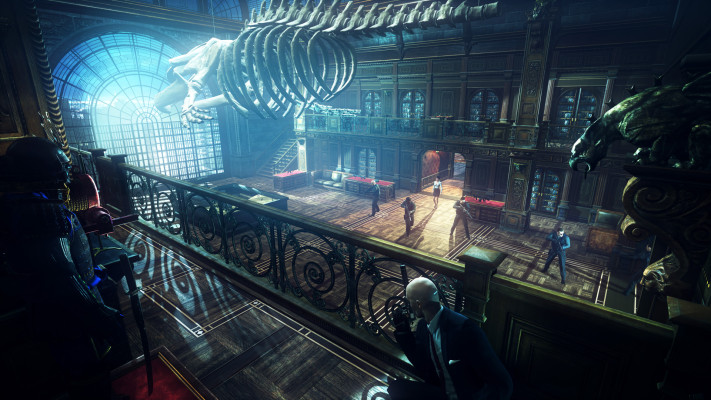 While still very much a traditional stealth game, Hitman: Absolution has changed the series for the best in offering cinematic quality combat. It has a stronger focus on telling a coherent story while keeping a slow methodical pace. With a terrific single player campaign and a compelling online multiplayer component, it’s safe to say that whether or not you were a fan of the series before, you will be now. Even with its imperfections, Hitman: Absolution is a magnificent achievement that goes well beyond expectations and will lead future stealth action titles into a better tomorrow.