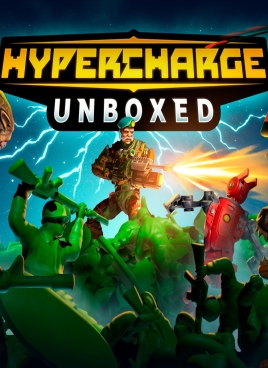 Hypercharge Unboxed comes from a five-man team with a unique premise and a diverse array of gameplay styles. The meat of the action is a first-person shooter with a few twists and turns. You play as soldiers battling not only one another in deathmatch modes, but also one that merges wave-based shooting with tower defense. HU’s settings are unique as yes, you’re a soldier — but you’re toy-sized in a human world and get a small taste of being a Buzz Lightyear-esque hero as you battle enemy forces.

The wave-based tower defense sections are very much like Monday Night Combat a decade ago where you blast away a series of enemies while making sure that your strongholds are secure. Here, you’ll have both a red and blue one to protect with a limited amount of resources allocated to do so. The first wave is the easiest, but also the one that relies the most on you to protect them as you won’t be able to set up any defenses. Later on, you can set up a variety of traps and barriers using coins picked up in the world — or gambled.

Unlike just about any FPS I can think of, there’s a slight gambling element that actually works to make the game better. In each stage, you can find a slot machine and wager 25 coins that would go towards repairs or defenses and hope to win big. Doing so can cost you a bit or it can pay off huge. If it works out well, you’re set for the entire match as you can set anything you want up as a defense and repairs cost next to nothing. It’s a fun risk/reward mechanic and is something that you can turn off if you want things to be more reliant on skill than luck to survive. 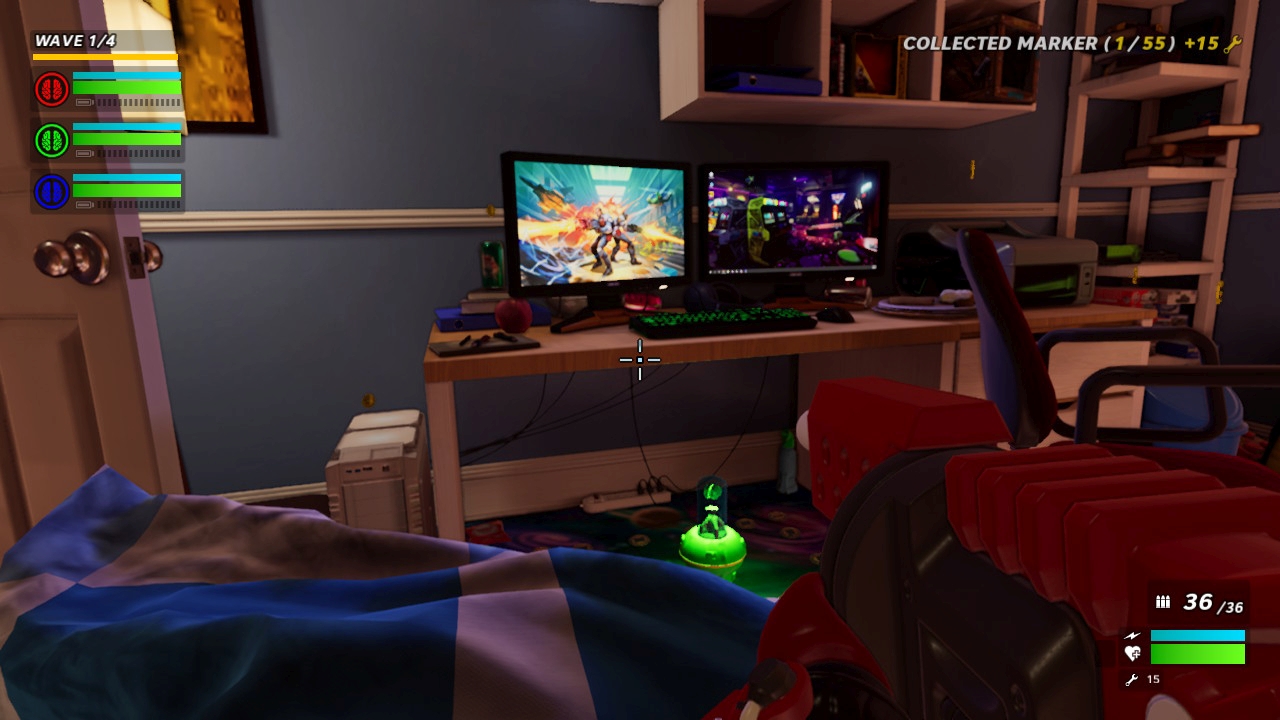 Deathmatch mode is about what you would expect, but with a more chaotic feel due to the smaller environments. Not having as much surface area to move around means you have to play a lot more carefully. Shooting like a madman may work in some games, but you’ll wind up having to reload a lot here and give away your position easily. Oftentimes, melee alongside quick traversal will help more than raining down gunfire. While HU isn’t Titanfall when it comes to traversal mechanics, it is one of the few shooters that nails down a solid sense of speed when you’re running and momentum when you’re combing that with moving around the stage.

The end result is a game that feels tight no matter what mode you’re playing and that benefits from logical controls. Trigger aim and shoot, while your bumpers run and jump. It all works nicely and you have face buttons for menu commands and in-world interaction. Everything works in an intuitive manner and there are even gyro controls for aiming to make things feel more natural. Right away, the gyro controls don’t feel as tuned as Splatoon 2’s, but with some tweaking you can get some quick aiming without ever having to move a thumbstick — although that’s also an option if it’s needed.

One thing that sets Hypercharge Unboxed apart from not only other shooters on the Switch, but consoles in general, is its freeroam mode. Here, you can not only learn the level layouts, but focus on mastering the mechanics and figure out the best kind of strategy for each map. The areas themselves are tightly-packed and mastery ensures that you’ll have a fighting chance in deathmatch mode and be as efficient as possible in the wave-based mode. 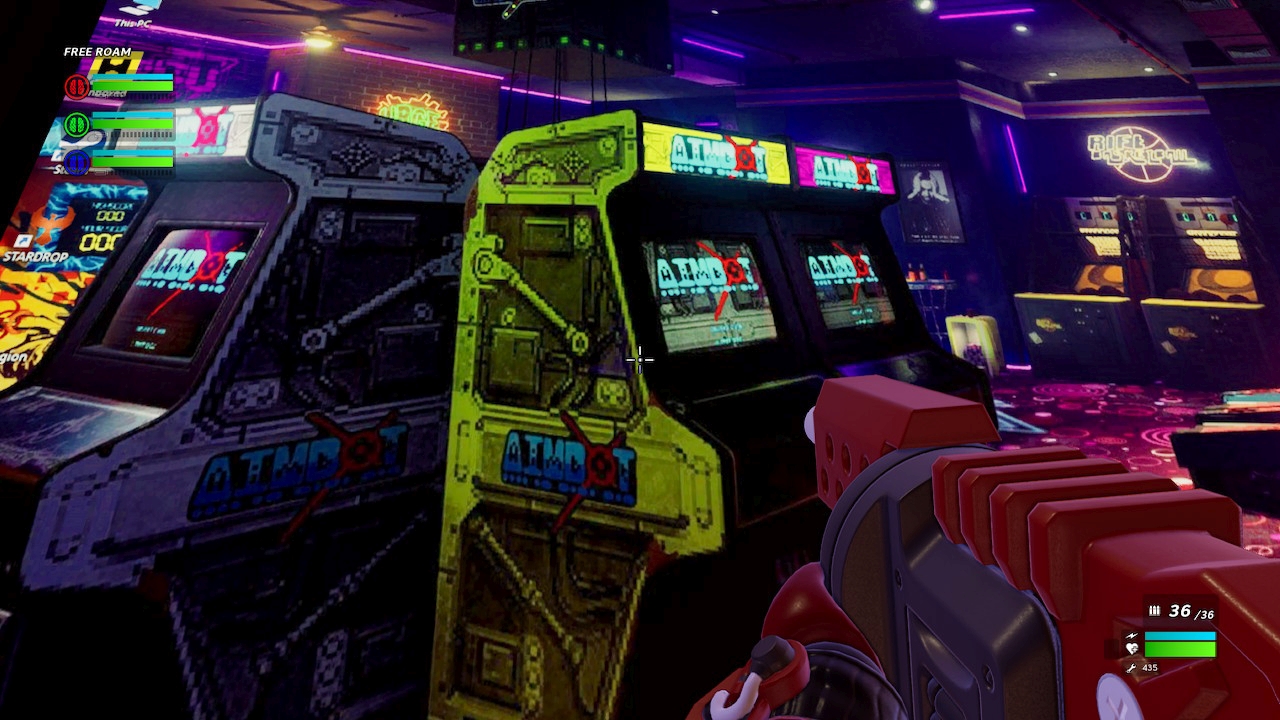 This means that in the bedroom area, finding a prime shelf to use as a makeshift sniper point is huge as it gives you an area to attack without having to risk much. If someone spots fire coming from the area, however, then they’ll be able to see where you’re at and either lull you in by not attacking right away or planning an attack and taking you out where you stand. Other areas, like the toy store, allow you to see just how much effort has gone into the world-building. You’ll see all of the names for the different toys, with realistic-looking packaging. The store itself is made up like an old Toys ‘R Us location complete with a similar logo and you can hop on shelves and find perches alongside hidden caches of coins all throughout. In the core game, you can tell that a lot of effort went into things, but with freeroam, you can appreciate it and also get a leg up your competition at the same time.

Hypercharged Unboxed has some of the best sound design on the Switch, period. It checks all the boxes for things like ammo sounding different, but shines when it comes to showcasing environments. Stepping along metal sounds different than running across it, and both sound different than running along a softer surface like a bed or on wood. It’s a small thing that isn’t exciting copy for a storefront, but does a lot to absorb you into the game and want to try out new environments to see what other stages have to offer. Freeroaming brings out a lot of details in the sound design as a whole, but it isn’t a slouch in-combat either. Having gunfire all around makes firefights more exciting and you’ll be able to use directional audio to tell where sentry units are alongside visual cues during tower defense portions.

Visually, the game looks largely fantastic in both docked and portable mode. There’s a high level of detail in major parts of the environment for both form factors, with things like impressive reflections on a shower door. There is some detail loss on smaller things like shampoo bottles in said shower, but no matter what, you’ll get solid-looking texture work on the weaponry and on your towers. Animation is a bit limited, but the toy soldier nature of things works in the game’s favor there as it makes sense. The highly-stylized action figure design is also great as it allows for more details on bodies without having to aim for a super-realistic look. The framerate is rock-solid both docked and in portable mode and overall performance online is great. Those seeking a game to play for a half hour at a time or something to sink their teeth into longer will have a lot of fun as they can just go between tower defense and deathmatch whenever a set of matches is completed. Playing off of a wired and wireless connection yielded similar results — with smooth play and no lag during intense sessions. 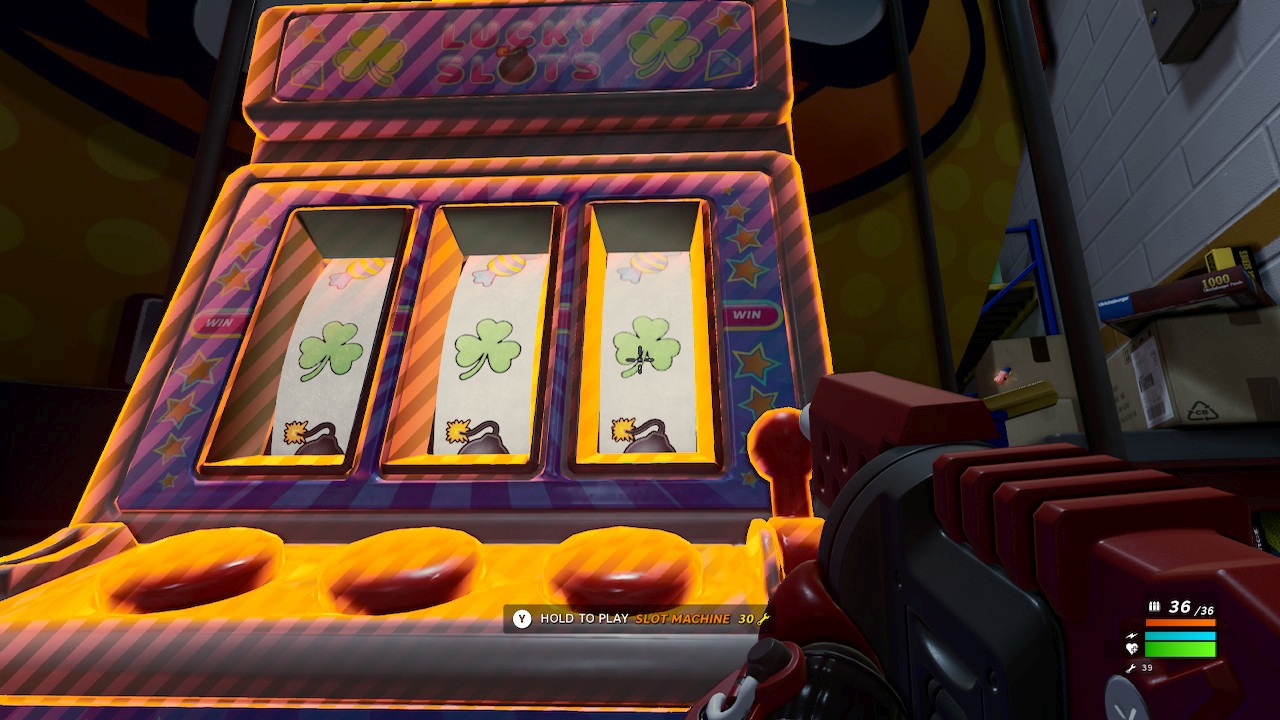 Hypercharge Unboxed is finely-tuned with a diverse amount of content for a small-scale game. The usage of real-world locales helps add an element of fun that many shooters lack, while the ability to have both traditional deathmatch and tower defense enables more kinds of players to have fun. It looks good overall in both docked and portable mode, with some sticking points in smaller details, but impressive effects all-around for reflections and larger environmental details. It’s fun to look at and more fun to play — especially with gyro controls. If you’ve been seeking a new FPS adventure on Switch, give Hypercharge Unboxed a shot.