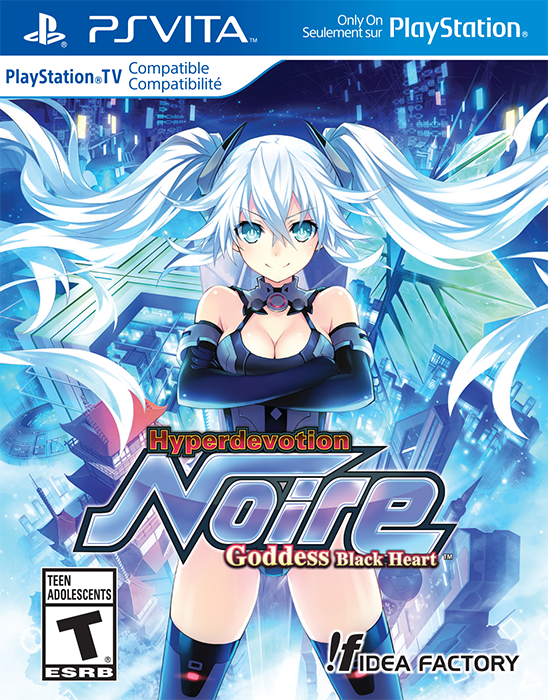 As the Hyperdimension Neptunia fanbase keeps expanding, it only makes sense that more and more spin-offs will reach our shores. After the completely average idol sim Hyperdimension Neptunia: Producing Perfection, it seemed that anything other than a sequel to the main games might not be worth playing. Hyperdevotion Noire: Goddess Black Heart is the first foray for the series from JRPG to SRPG style and it works quite well. With that said, there’s still room for growth if Compile Heart decides to continue with this sub-series in the future.

There are more changes in Hyperdevotion Noire than the obvious shift from gameplay methods. The biggest is shown right in the title – this is a game about Noire! Typically, every series title focuses on the CPU or CPU candidate of Planeptune: Neptune and Nepgear. Of course, each game often has an ensemble feel with its cast of CPUs and other Gamindustri characters, but in this one the focus is totally Lastation’s Noire. Interestingly, in a similar plot-based decision as Producing Perfection, you are not playing “as” Noire but seem to be thrust into the position of her new secretary. This non-important character player is a bit of an unwelcome part of the world in my opinion, but all the great interaction between main cast members is still present.

For whatever reason, this game doesn’t actually take place in Gamindustri either, although so much of it is exactly the same. The world is known as Gamarket and still includes the main nations of Lastation, Lowee, Leanbox, and Planeptune. At the start CPUs all vying for shares as they do in every game, but Noire receives an insider tip. According to a strange woman (who will no doubt appear very familiar to series veterans), there’s a way for Noire stop all this senseless share fighting. Hoping to help her world out, Noire uses her power with the intent to create a peaceful Gamarket. Instead, the whole thing backfires. Lastation is decimated, monsters are roaming freely, and it seems even her old Generals have turned against her! 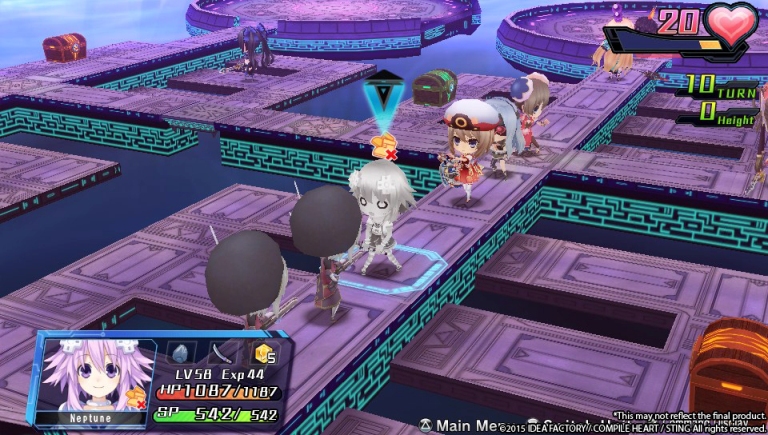 The setup in Hyperdevotion Noire is as simple as it is in other Hyperdimension Neptunia games and provides for a boat load of battles over dozens of hours of gameplay. Although she starts alone, other characters quickly join Noire’s battle troop. Before battles, you’re free to outfit each character with different weapons, accessories, and the like as per usual. However, as this is a SRPG you’re also tasked with selecting exactly which gal to bring into battle as the list of potential combatants quickly grows larger than the maximum allotment. You’ll also get to position them on the field pre-battle depending on each character’s skillset. Stages start small but quickly grow in size and scope. For example, you’ll not only have to worry about traversing a super long level with moving pathways but you’ll also need to consider verticality on hilly levels.

Fighting should come easy to SRPG stalwarts, but those coming in from the series’ JRPG roots might be a little uneasy. Basically, the system is very standard of the typical SPRG where each character moves on an invisible grid (visible if you set an overlay in the options). They can only move so far each turn, and if their attack radius will hit an enemy they can utilize one before their turn ends. Hitting enemies from the side or back deals more damage, as does smacking a monster when you’re attacking from a higher platform. The same is true in reverse – and enemies are smart enough to almost always aim for your weak points. Sills, items, and HDD mode are all accessible as well, though certain aspects require you first to gather Lily Points.

But how do you utilize the Lily System when you can’t “pair” girls together for attacks? Simple: during any fight, set two (or more) girls on adjacent tiles and have one use a skill. This generates 20 or more Lily Points which are added to their total. Once they’ve got enough, they’re free to start utilizing specials and possibly go HDD. HDD form only lasts for three turns, though, so ensure you’re in a good position before activating it. A newfound bonus of HDD mode is that it allows each character to fly. If you quickly need to get up a blocky hill, this is the best way to do so, otherwise you’ve got to deal with the somewhat monotonous lift/throw system to provide steps to climb up. 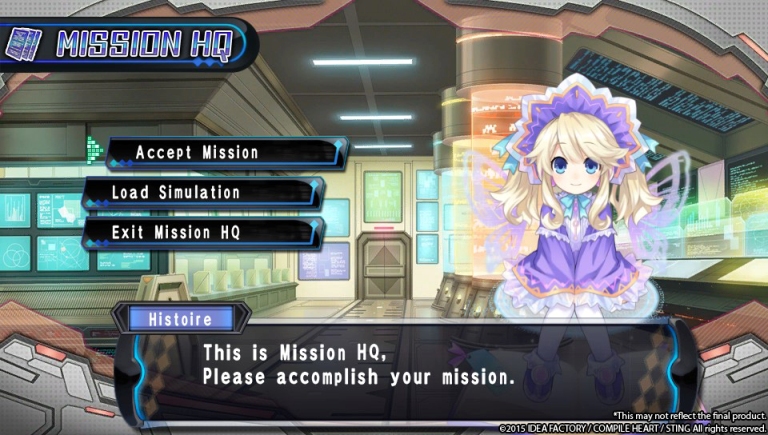 Hyperdevotion Noire’s SPRG styling is definitely functional, and a fun change of pace from the other games. However, it is not an ideal experience, either because, even after turning off as many animations and options as possible, battles are still painfully slow. No matter what you must always watch the enemies make their moves. It wouldn’t be an issue during a single-enemy boss battle, but most levels are jammed full of monsters. Even when they don’t carry out a move, the camera still has to move to them, showing their non-movement/attack choice, and then going to the next. Some enemy turns took longer than 30 seconds, which is far longer than most gamers want to wait to simply execute their next move. It’s incredibly annoying and the lack of ability to turn this off entirely is shocking.

Because of this, even losing battles become long, drawn out slogs which you’d rather not replay again soon after. Of course, to move the story forward you simply have to complete specific quests. Grinding is still necessary here, and due to the slow pace of battles is more annoying than it ever was before. Thankfully after enough of it, your team will slash through most enemies in one hit, but the need to constantly progress means you’ll still encounter many slower fights along the way. The battle system has a lovely degree of depth and there’s a great cast of distinct characters, but boy does slow enemy turn animations really drag the whole thing down. 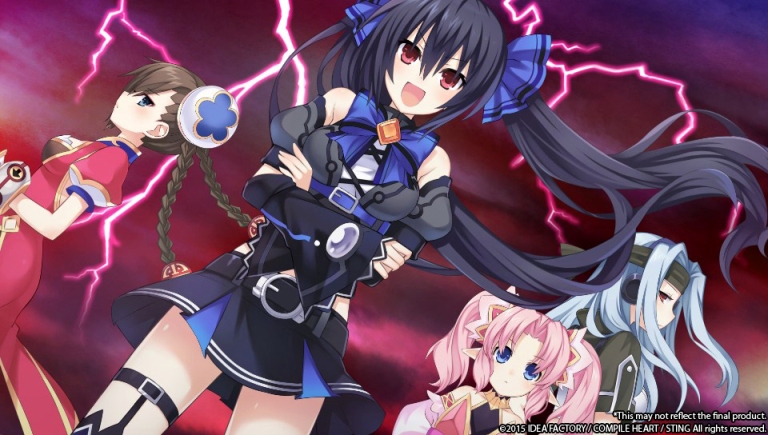 For a first foray into the SPRG genre, Hyperdevotion Noire does surprisingly well. It offers tons of strategic gameplay concepts packed into an easy-to-learn interface. Along the way players are given a lot of freedom to how they choose to play which is definitely positive. Where it flounders is simply with the fact that it doesn’t respect the player’s time. There are options to speed up gameplay to some degree, but not on the key component that is the slowest of all. Yes, most SPRGs end up being “slow” but that’s due to players lovingly strategizing their perfect plan instead of the game enforcing timeouts. Hyperdevotion Noire: Goddess Black Heart offers great gameplay with the unfortunate caveat that you’ll need to waste more time than expected waiting on enemies to enjoy it.