The Cloud product line of headsets from HyperX is a popular name for gamers as it’s seen in quite a few e-sports competitions in the world. With the market getting more and more saturated with top technological products in terms of audio, HyperX has thought outside the box with its latest headset. The HyperX Cloud Flight S Qi Wireless Charging Headset is exactly what its name says it is. This is a premiere headset that allows players to easily charge this headset with a Qi wireless charger. While the product name is to the point, what the Cloud Flight S Wireless accomplishes is nothing short of stellar.

Not only can the Cloud Flight S Wireless charge with a Qi wireless charger, it won’t necessarily need to do that much. The battery life comes in at thirty hours and was proven this during testing. Minimal charging was required, but it was easy to do this with the Qi wireless charger that HyperX offers. This base allows for a phone or another related technology to charge on one side while the Cloud Flight S sits on an ear cup to charge on the other. It’s worth noting that this charger is sold separately, retailing for $60 and is a fair price for a dual charger. It practically becomes the stand for unit.

The Cloud Flight S Wireless is available for PlayStation 4 and PC and includes a USB dongle that serves as the emulator for the included 7.1 Surround Sound. On the headset itself, players can switch between the surround sound with the push of a button. The headset includes a plug-in microphone that doesn’t have a foam condenser but rather a plastic encasing along with a flexible braided cable. 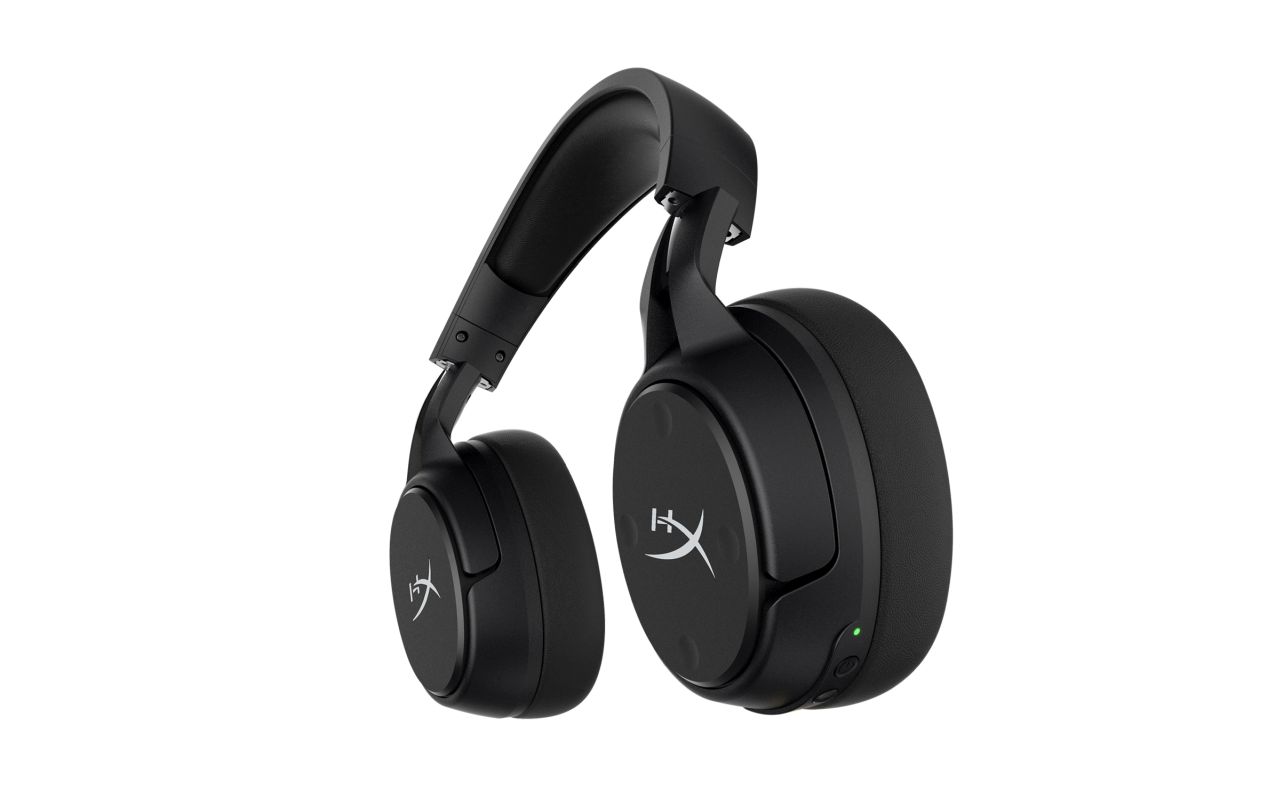 The design of the headset is more on the minimalist but bold in execution. Much of HyperX’s headsets included a split steel frame that attaches to the cups but the Cloud Flight S is black and solid across the board. It includes a leatherette headband that is encased in matte black across the board. Both ear cups can rotate up to 90 degrees as these are also matte black with the HyperX logo in white on the exterior. The steel frame is black and is flexible enough to contour the width of the head. This headset sits firmly and comfortably in place once it’s on the head. The Cloud Flight S Wireless Headset is one of the most comfortable headsets I have ever used. The ear cups perfectly hug the ears and in long-play sessions ear fatigue and sweat were never an issue.

Adding more to the comfort of the Cloud Flight S Wireless was the sound delivery. The 7.1 Surround Sound surely makes a difference in gameplay. This obviously plays the bigger in role in first person shooters. Having played Destiny 2, Gears 5 and Call of Duty: Modern Warfare took advantage of the 7.1 Surround Sound on both PC and PlayStation 4. More options can be tuned on PC via the HyperX NGENUITY Software, but the default settings on PS4 were excellent. 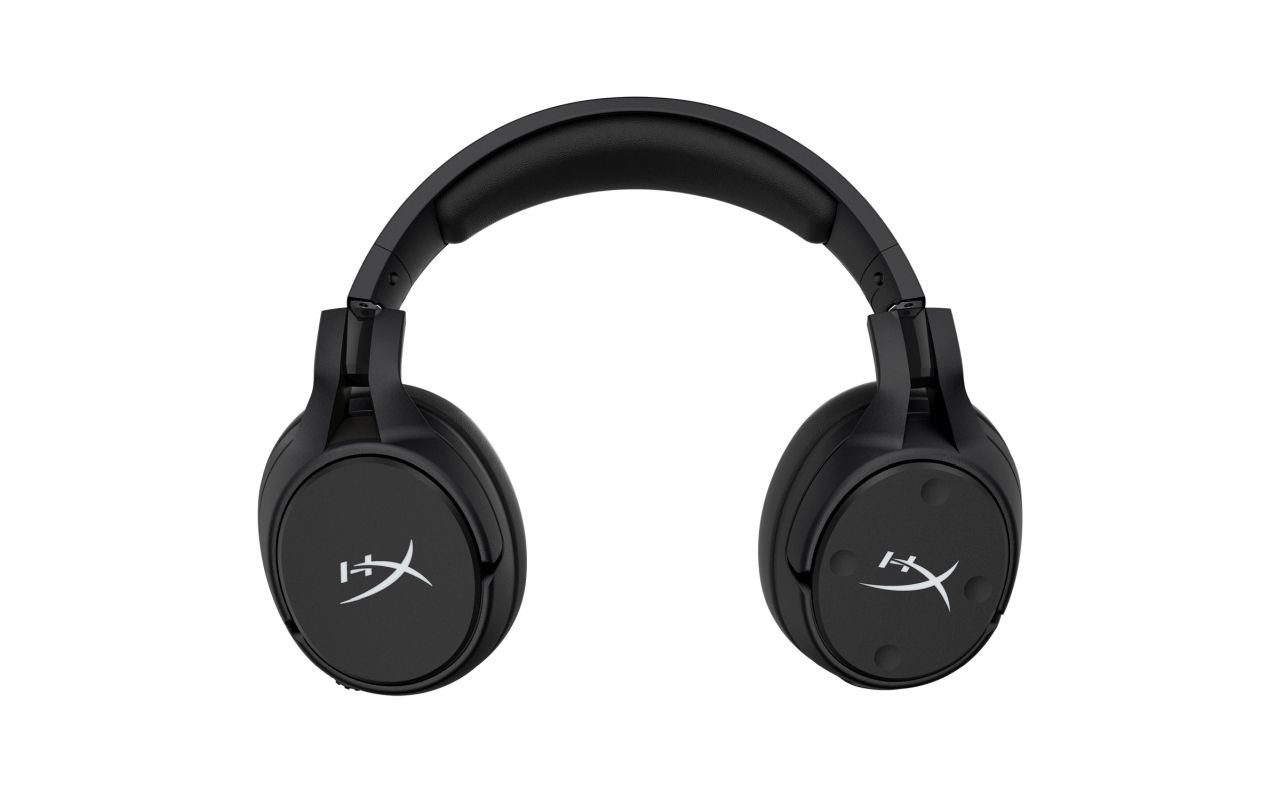 The bass is deep and comforting as you will never feel extreme rumbling. You can tell the sound is extremely clear with deeper effects and explosion coming across soft but deep. Even playing the Final Fantasy 7 Remake demo with the 7.1 Surround Sound off sounded fantastic. These are all delivered via 50mm dynamic drivers in the cups. The audio experience is one of the best on PS4.

The audio from the microphone comes across loud and clear. There was no muffle in the recorded stream I tested and others verified a noticeable change in the audio on chat. The microphone that is included is bi-directional and noise cancelling and this may be why the audio felt amplified as background noise from the stream was reduced. It’s also worth noting the ear cups themselves do a fairly good job of eliminating background noise. 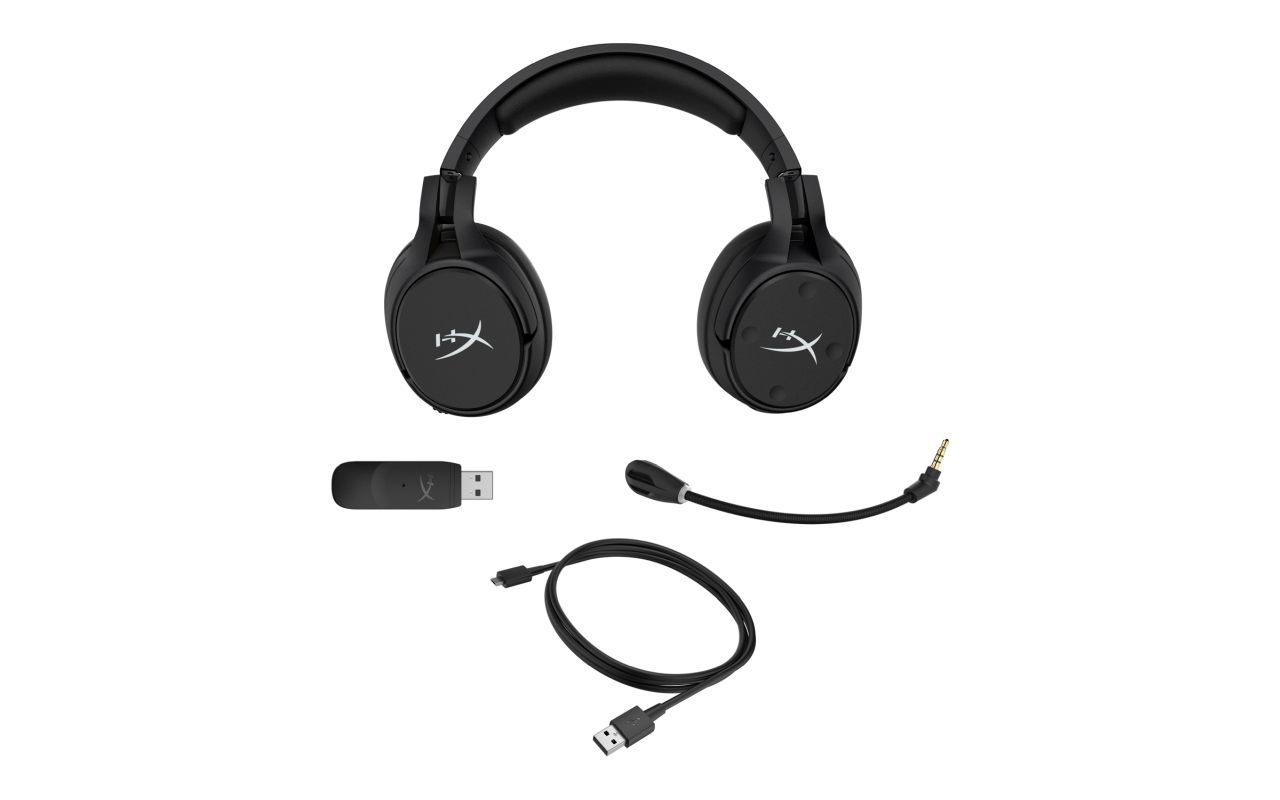 The HyperX Cloud Flight S Qi Wireless Charging Headset is perfect for PS4 gamers and a viable option for PC gamers. The headset retails for $159.99 and offers the comfort and the audio quality that makes it worth the price of admission. The 7.1 Surround Sound allows for easily identifiable audio that comes across clear and comfortably. The lows are deep and comforting and the highs won’t scare you. While the HyperX Wireless Qi Charger is sold separately, it would be worth the investment since plenty of other Qi wireless chargers retail for more (see Google and Samsung). It also offers two places for charging either your phone or a mouse. The options that are here make it hard to elect paying over $200 for a headset for PS4.