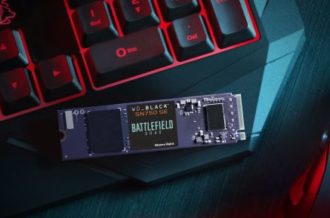 HyperX are continuing to expand their footprint in the gaming microphone space. First they released their RGB-enhanced QuadCast S microphone and now they’re bringing a totally new device into the mix — the SoloCast. The HyperX SoloCast is a budget-friendly USB microphone which shares a surprising amount of features with its premium big brother, the QuadCast. This microphone is designed to be an easy way for gamers to get started with streaming, recording podcasts or anything else that needs high quality audio. At a price point of $59.99, it accomplishes this without breaking the bank.

First let’s go over the basics of this microphone. The HyperX SoloCast is a USB microphone which connects via an included USB Type-C to USB Type-A cord to either your Windows/Mac computer or a PS4. It features one polar pattern — cardioid. It’s this factor which is the main reason this microphone costs less than others. Often, access to other polar patterns requires larger and more expensive microphone tech. What exactly is the cardioid polar pattern? Basically, it’s best used for recording a single person with the microphone directly facing toward the speaker. It captures audio straight ahead and doesn’t pick up nearly as much audio coming in from the sides or back of the microphone.

Fortunately, many of the things gamers want to do with a microphone fit perfectly with the cardioid recording pattern. A solo streamer or YouTuber typically only needs access to this recording pattern. Similarly, anyone who records a podcast solo or via online guests does not need to worry about capturing multiple speakers in the same room. Again, the cardioid pattern reigns supreme for this use case. With so many uses, it’s obvious why HyperX chose to make this the one polar pattern included in their entry level microphone. 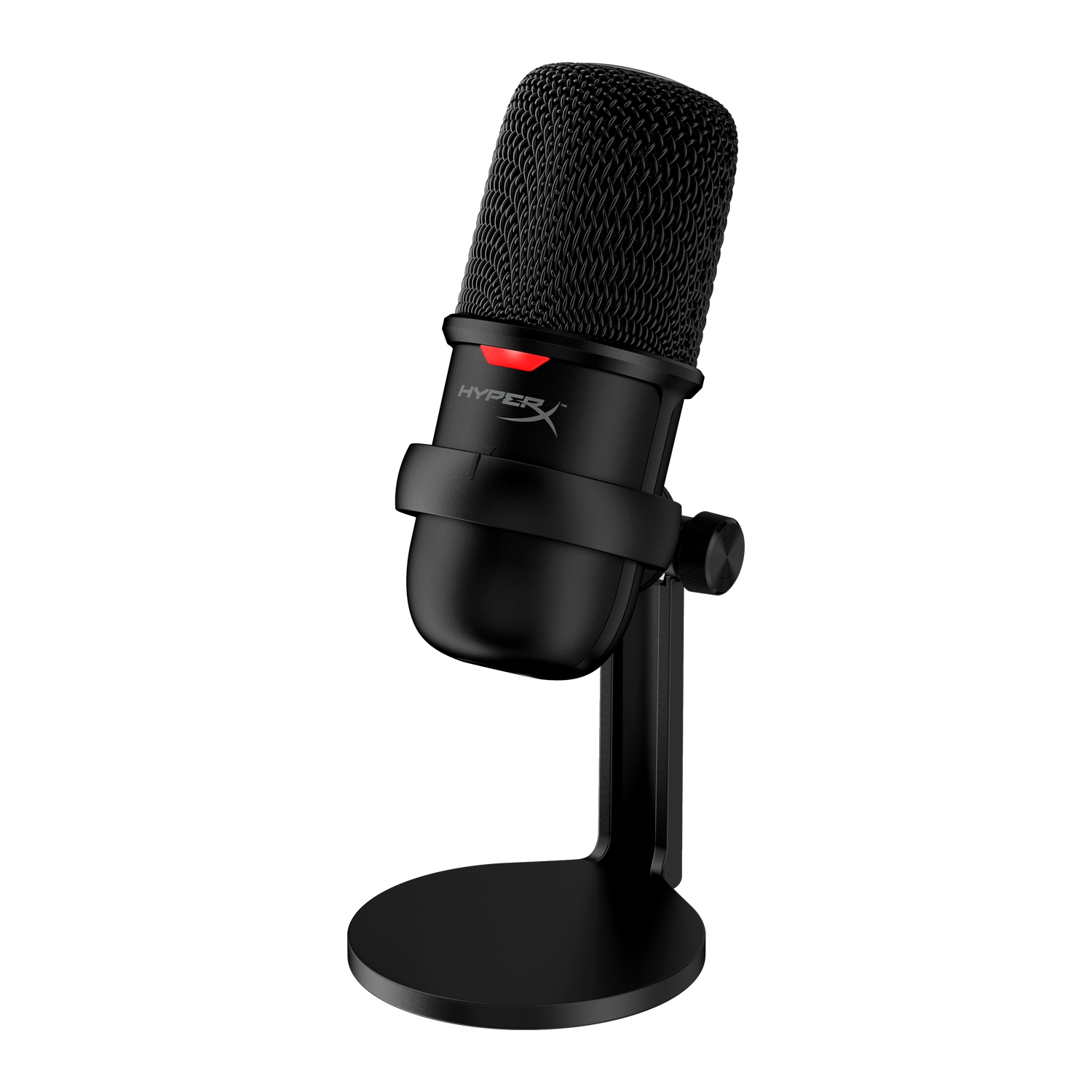 The SoloCast is a small microphone. When using the included stand, it’s only seven inches tall and three inches at its widest point. The microphone stand tilts vertically as well as horizontally. The horizontal tilt goes a full ninety degrees, which is excellent for placing the microphone under your PC monitor without blocking anything. It’s such a simple, but genius design choice for gamers who need to still see every part of their screen while recording audio. Of course it’s also possible to take the microphone off the stand. The base of the microphone is able to accommodate a microphone mount with either ⅜” or ⅝” threads. Without the stand, the microphone is even tinier at five inches tall and just over two inches wide.

The audio quality by default is good — much better than what you’re likely to find on the majority of gaming headsets with attached microphones. The audio is clear and crisp, just what you need for high-quality podcasts, streams or narration. With that said, you likely will want to invest in a pop filter. A pop filter is an optional but helpful way to reduce plosive sounds in audio that cause a “pop” in the recording. These are cheap and shouldn’t add much expense on top of the SoloCast purchase price. What about when you need to mute? There’s a built-in mute button at the top of the microphone just like the QuadCast series of microphones.

When the microphone is plugged in, a solid red light glows on the front. When you tap the mute button, the red light switches to a blinking pattern. That’s an easy, visual way to know that the microphone is actually on mute. Of course it’s also possible to mute your audio via software options if for any reason your setup makes the on-microphone mute button out of reach. The included 6.5 foot long USB cable should be long enough to support wherever you need to place the microphone in your setup. 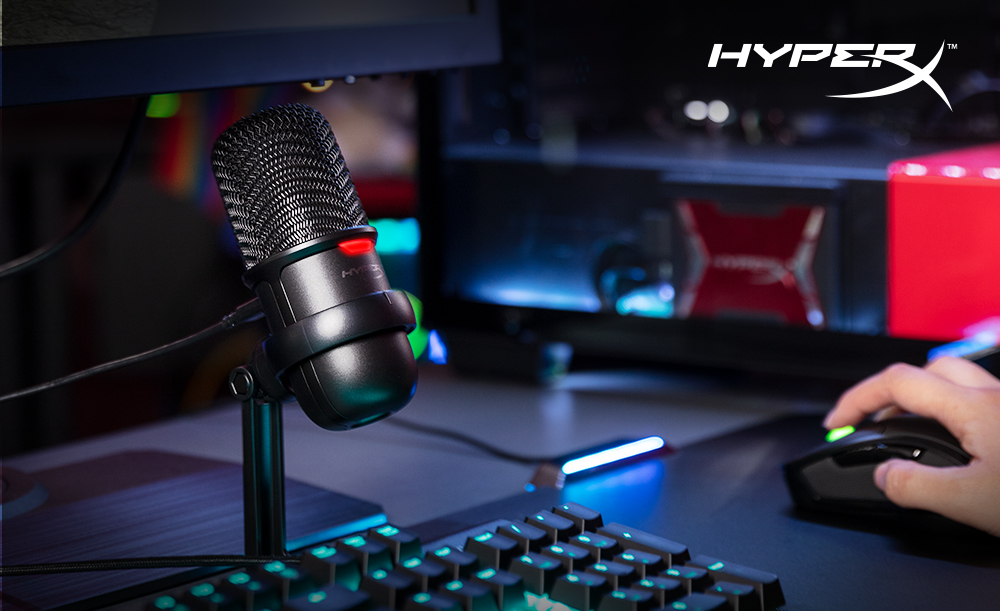 The HyperX SoloCast USB Gaming Microphone serves as an awesome entry-level microphone. Sure, gamers can splurge for fancier microphones, but if all they need is the cardioid recording pattern then they’ll be well served with this device. It’s small and versatile enough to fit into a variety of setups without issue. Good audio might not be required to stream or podcast, but it helps with producing professional content! If you’re considering upping your audio recording game — but don’t want to spend hundreds of dollars — the HyperX SoloCast is an excellent option.