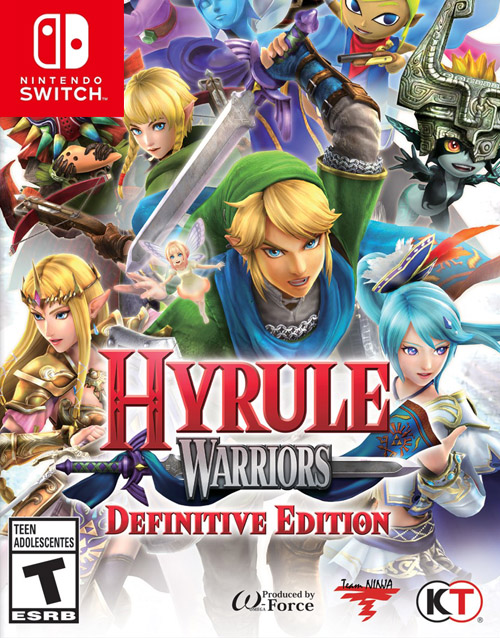 Hyrule Warriors was first revealed to fans at the end of 2013 and nearly a year later saw its first release on the Wii U. A little less than two years later it saw an even larger version release for 3DS and now fans are once again given the opportunity to dive into its hack ‘n slash Warriors combat on the Switch. The previous entry, Legends, was a bit of a downgrade as far as overall functionality was concerned but did manage to add even more content for players to experience. While it may not be exactly new, Definitive Edition brings along with it all DLC content from the two previous entries in addition to some changes of its own to help it live up to that title.

The story of Hyrule Warriors is much the same as the previous. A dark wizard by the name of Cia has found her way across Hyrule and is looking to take down its greatest warriors who stand in her way of Link. Along side this main journey is the added missions from the 3DS title, which includes Linkle’s story to save Hyrule and the Wind Waker missions featuring Tetra, Toon Link and the King of Red Lions as they track down Shadow Ganon. The story doesn’t offer a ton of depth, but getting to experience so many new maps in HD is a real treat for anyone who first experienced them on 3DS or missed out entirely. It nearly doubles the overall length of the story campaign, and makes for a ton of extra collectibles and challenge towards the end with many new characters to play as.

The core gameplay of Hyrule Warriors will be familiar to most who have played an action title. Each character has a light and heavy attack which can be used at different intervals to create special combo attacks. Characters will have one or multiple weapons, with each one having a unique moveset and special abilities they are able to pull off. Special Attacks can be pulled off after attacking enough enemies to fill up the bar or they can execute a Focus Spirit burst to increase power and pull off an even stronger final attack. Every weapon has four upgrades in the Definitive Edition, a few of which will be unlocked through progressing the story but the majority of these will rely on Adventure Mode to meet their full potential. Outside of regular character combat, players will also be able to take on the special boss-based challenge mode called Ganon’s Fury, which allows them to take Ganondorf’s true beast form and fight anything and everything that stands in his path while trying to get the best ranking possible all while absorbing the power’s of the other giant bosses. This makes for a great break from the regular action, as playing as giant Ganon is an entirely different fun experience on its own. 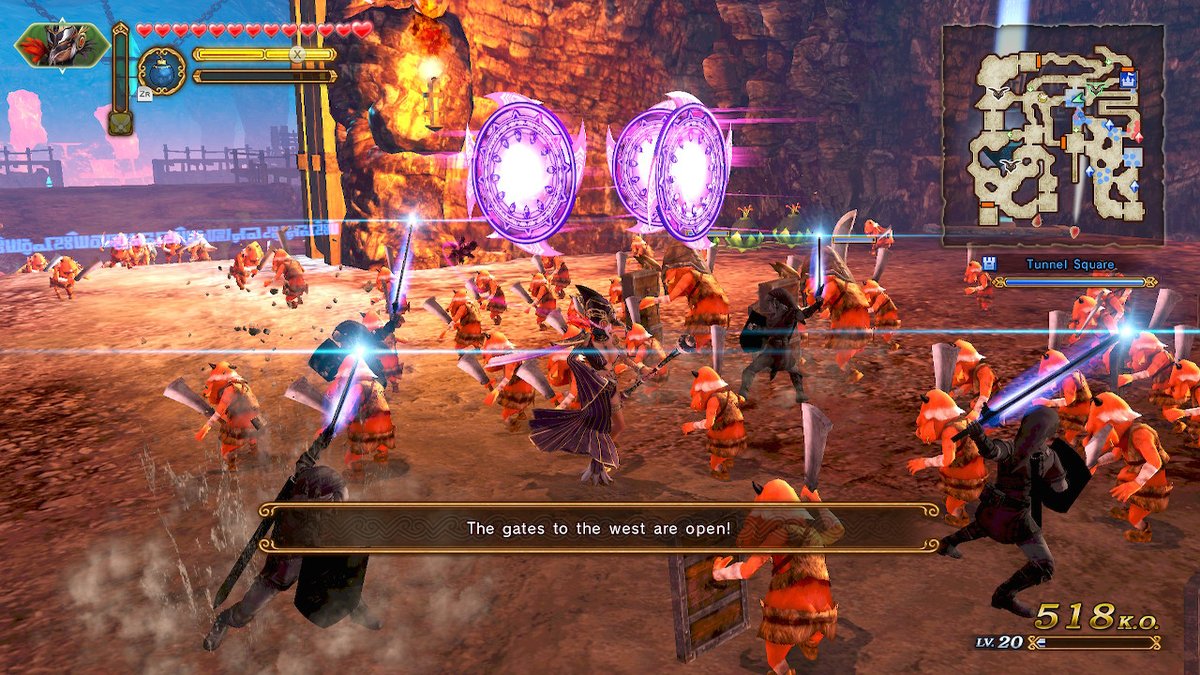 Adventure mode is the real meat of Hyrule Warriors, but this time comes with every map available immediately after beating the first story mission. Each of the nine maps is marked with a difficulty rating to help figure out where to start. Every map offers new character unlocks, weapons, upgrades and of course many other collectibles to help progress through stages. Each map has its own quirky aspect to it, with the default Adventure map being the only basic one. The Termina based on Majora’s Mask has a three level limit before it resets and can only be stopped by defeating a certain boss while exploring, adding a new level of challenge for players to undertake. Aside from having to beat each map to earn its rewards, there is a rank system in place to determine what exactly is earned. A rank is the highest which requires players to beat maps efficiently. This can include not taking a certain amount of damage, killing a correct amount of enemies and beating within a set time limit. Fortunately after beating each map the results are displayed with a ranking, so if one gets a B or C first time around then it’s easy to see where exactly needs improvement to get that shiny A on their map.

While there isn’t a ton of brand new content, there has been a good amount of changes. One of the biggest additions is the item card shop for Adventure mode which allows players to purchase the item they’ve unlocked instead of having to complete a map again to get more. This takes away much of the repetitive nature Adventure mode would occasionally suffer from so maps don’t need to be replayed multiple times unless looking to unlock additional items. The My Fairy feature has also seen some changes, with the 2D character models being replaced by full 3D renditions of the fairies. While it’s a little disappointing the fairy artwork is no longer available, getting to see the fairies actually participate in battle when used is a nice bonus that makes them feel like true companions. In addition to these pleasant changes there are two new outfits that are available immediately, which are Breath of the Wild costumes for both Link and Zelda to adorn while fighting. 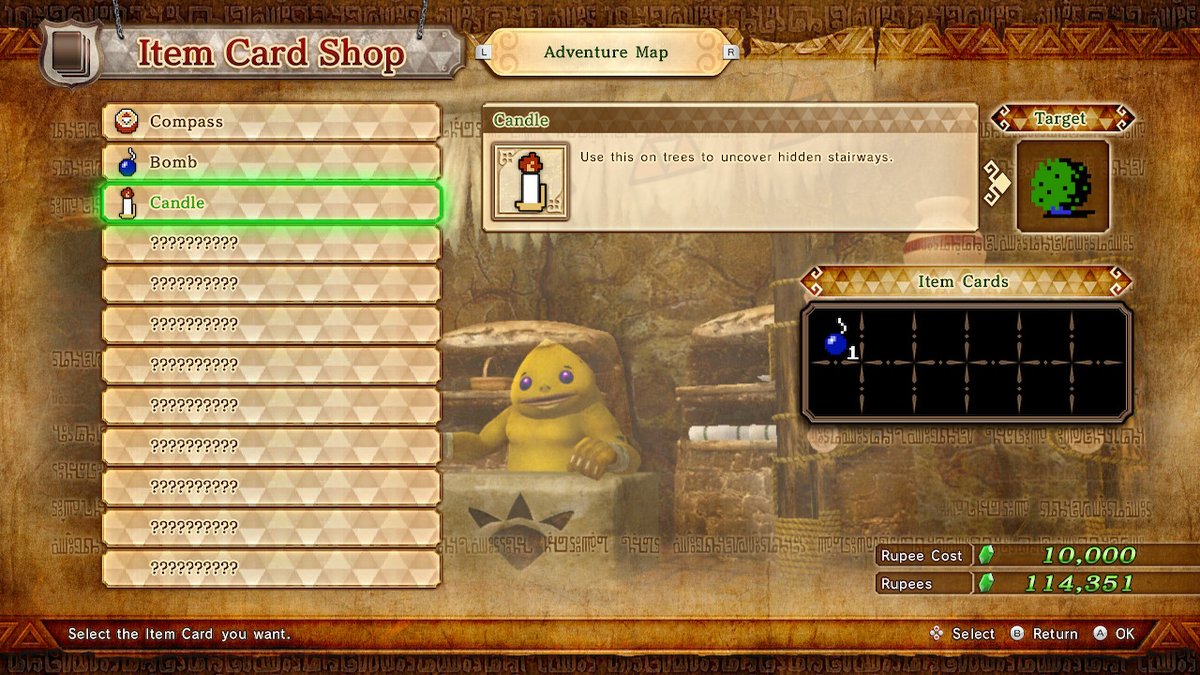 One feature that has seen particular improvement is the multiplayer. Although not available online, the local co-op was at first a positive selling point for the Wii U version. Unfortunately it suffered from an atrocious frame rate and a huge drop in overall game quality. The 3DS featured no co-op whatsoever, so seeing it return in the Switch version was a pleasant addition. Instead of being separated on two different screens with the Wii U, players now play split screen with top and bottom. It looks and plays great while docked and is still a pleasant experience even when in handheld mode. It’s a shame that the title isn’t available to go online, but the considerably huge improvement in local multiplayer makes it well worth picking up and playing with nearby friends.

Those who first experienced Hyrule Warriors on Wii U and 3DS know the framerate wasn’t always the best. On 3DS there was frequent slowdown and the Wii U generally stayed at 30FPS with frequent drops especially in multiplayer. This time around while docked the Definitive Edition will run at 60FPS. While it isn’t smooth all the time, it never suffers from severe slowdown and instead is one of the most startling improvements simply because of how much better it truly is. Handheld mode is still silky smooth to play and again won’t take much slowdown unless there is a truly insane amount of enemies on screen. Perhaps the only disappointment is that the level cap of 255 remains, which is a long grind for those looking to complete every last mode as it will require nearly every character to get near it, or close, in order to unlock everything for them. The text that appears in-game when characters talk is also half the size of the Wii U version, which isn’t so bad when playing handheld or close to the screen while docked but there should have been an option to increase the size as its just a bit too small. 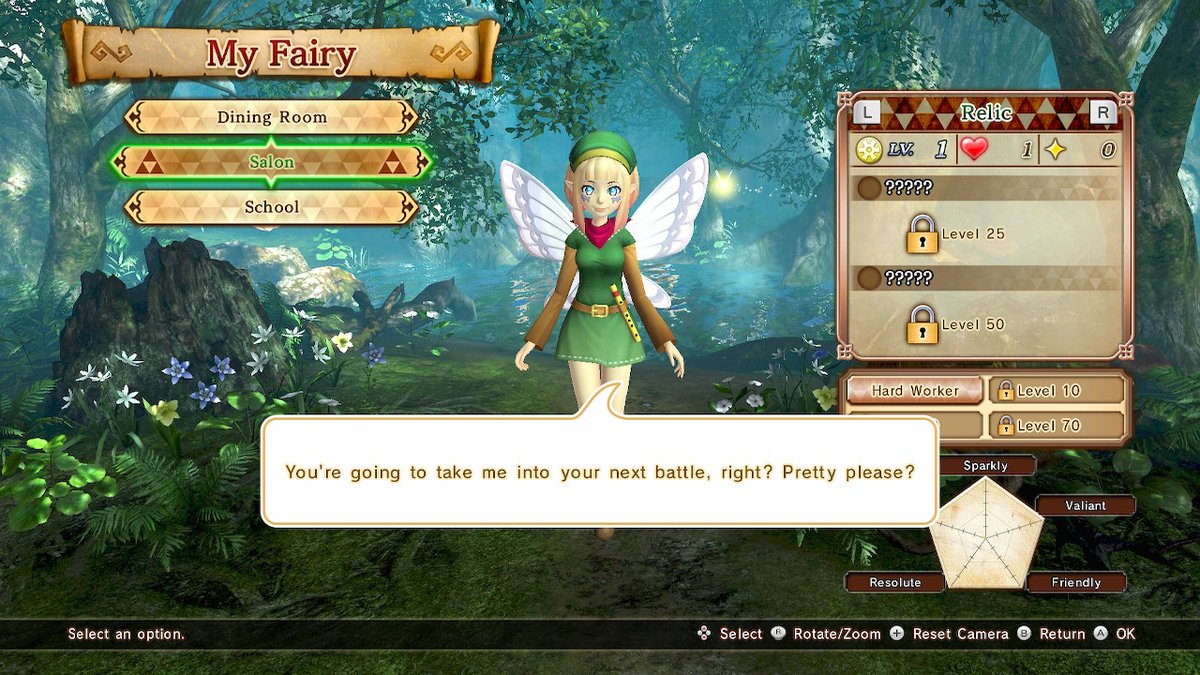 Hyrule Warriors: Definitive Edition is just that, the very best edition of the title that has been released. It offers the most content, and a wonderful quality of life changes that make it easily accessible for new or returning players. Those who played the Wii U or 3DS versions will find this is truly the greatest experience and is very much worth picking up again for those who don’t mind starting from the beginning once more. Anyone who has completely missed out on Hyrule Warriors and is looking for fast-paced strategic combat with a hefty amount of content and challenge will find that it fully delivers above and beyond.