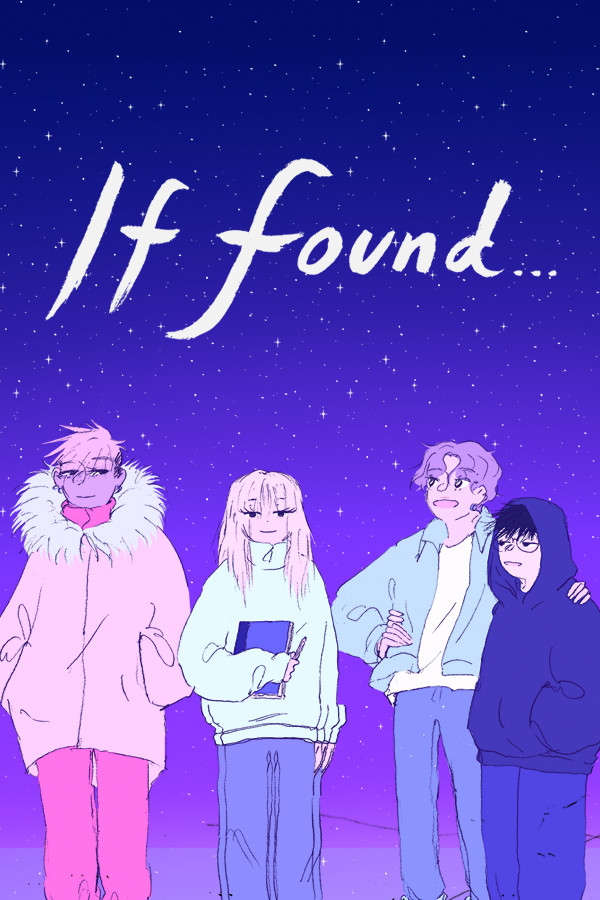 We typically know what to expect when it comes to narrative-focused games. They generally end up playing like visual novels or first-person exploratory adventure games. As we’ve seen, it’s entirely possible to create memorable experiences without attempting to shake up the genre formula in the least. If Found… tells a heartfelt story in a different, but even more engaging way than the norm. The tale it weaves also manages to break free from stereotypes or expectations by combining one person’s personal journey with a grander sci-fi narrative. While all this uniqueness doesn’t always work, it still provides a piece of art very much worth exploring.

The story of If Found… takes place in 1993 and follows a twenty-something year old woman named Kasio who has just returned to her home in Ireland after years away at school. Unfortunately, this reunion isn’t a happy one. During her time away, Kasio transitioned genders while studying her great love of astrophysics. Her mother and brother had not yet needed to face this change head on due to her staying away from home all this time. If not for the untimely death of her father, Kasio might not have ever even come back home due to fears of how her family would respond to her. Given the early ’90s timeframe and location, it’s easy to understand her concern even if it’s not something every player has experienced in their own lives.

It would be no issue to represent this story as a visual novel. And in some ways, it is a visual novel, but unlike one that has ever come before. Do not expect to only see text boxes at the bottom of the screen with a static character portrait letting you know who’s talking. If Found… moves beyond this in incredible ways. The story is presented primarily as a diary. The diary appears on screen and players erase text and drawings. As they do, the diary pages fade away into a picture book of Kasio’s experiences during this trip. The erasing mechanic is simple but effective. You never quite know what you might be jumping into next. This simple mechanic also makes the game one that’s easy to share with folks who might not know how to use a game controller, expanding the potential audience tenfold. 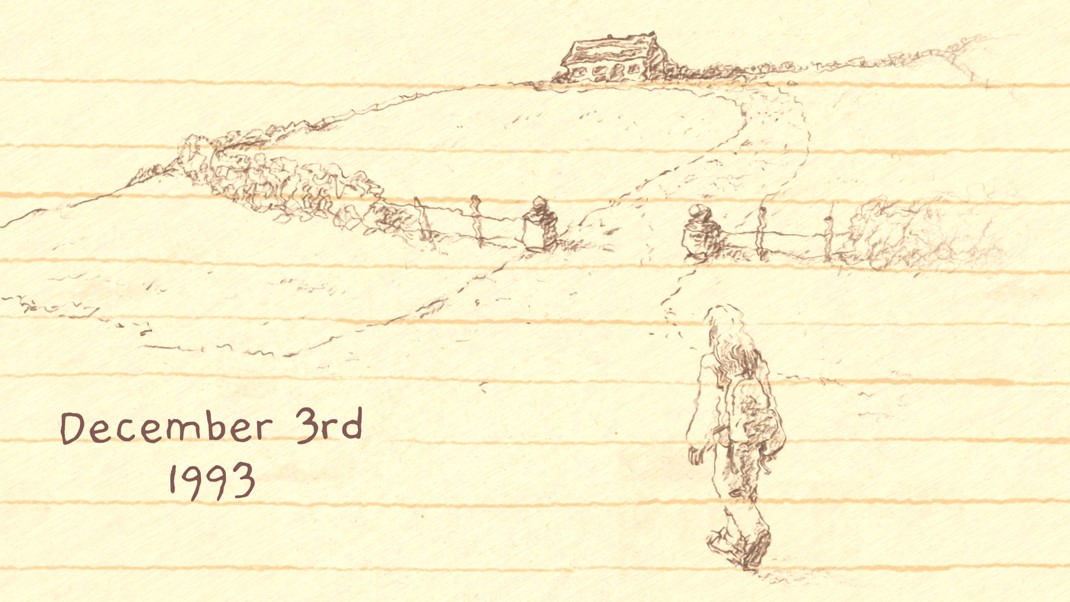 The erasing to proceed mechanic leads to an engaging brand of storytelling. Players are fully invested in reading the diary’s words and focusing on every bit of it. This is also helped by the incredible visuals displayed throughout a playthrough. If Found… features stunning artwork. While it all uses sketch art like might be found in a diary, it injects the art full of vibrant color. Simple sketches turn into stunning vistas that powerfully convey Kasio’s emotions. The way the images duplicate, pulsate and fade alongside the awesome soundtrack keep the experience feeling dynamic. The art design is a genius move, as keeping the visuals 100% restricted to lined diary pages would have likely become a bit dull. The creators of this game clearly didn’t feel bound by the typical constraints of a narratively-focused game.

With its focus on an LGBTQ character coming out, players should expect an emotional journey. As a trigger warning, expect to see things such as societal and familial unacceptance and rejection. Expect to come face to face with themes of running away from home and homelessness. With that said, players do not need to worry about a terribly depressing or tragic ending which is often common with such narratives. Fortunately there’s a good bit of happiness in between the difficult topics due to Kasio meeting up with her gay best friend who never left the area. Still, there are many distressing scenes depicting (in a rather tame way) what some transpeople are still confronted with. 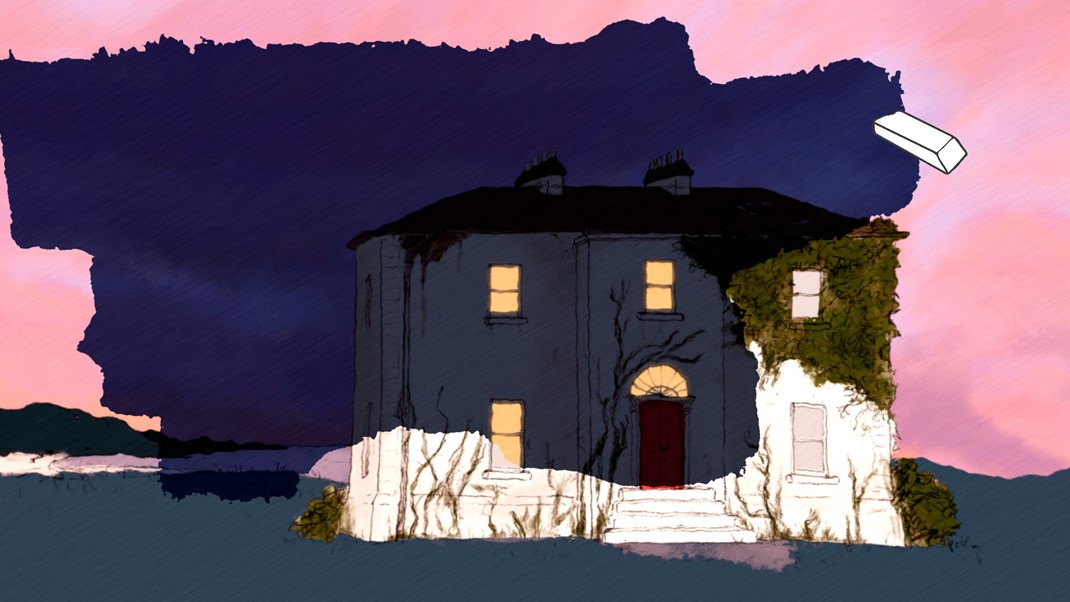 Not everything about If Found… is a home run. While it’s entirely possible to create a fully fleshed out narrative in an hour and a half, there are some important moments that feel too abbreviated here. There’s also a sort of secondary storyline dealing with a black hole and the impending destruction of Earth. While fanciful at the time, upon reflection it doesn’t add anything to the main storyline. These moments, if removed, would have left more time to focus on Kasio’s current plight and give more depth to the characters she interacts with.

The eraser mechanic, for as fun as it is, also comes across as a bit straining on a PC when using a mouse. PC players can and should increase the eraser size settings before jumping in, especially if they deal with repetitive strain issues in their wrists. Moving the eraser would be much easier on a touch screen so it might honestly be best to play this game on iOS. The eraser mechanic also seems imperfect. On occasion, it seems like you’ll have erased the whole scene but the screen does not proceed. This forces players to randomly erase the same area in hopes of finally triggering the continuation. It’s weird since most scenes only require about 70% of the screen to be erased before proceeding forward. 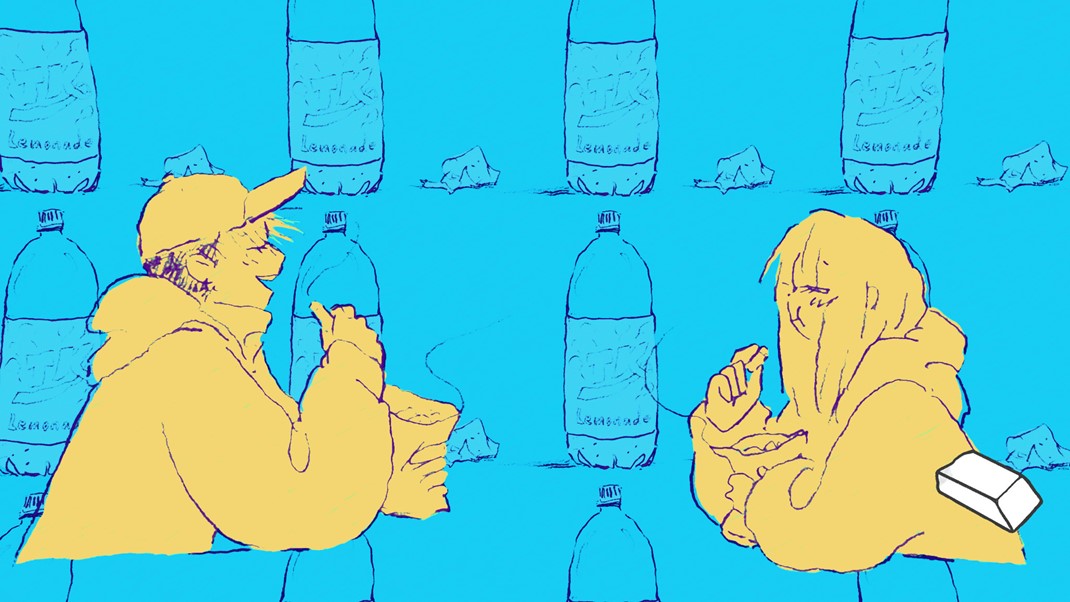 Anyone interested in narrative-focused games needs to check If Found… out. While there are some stumbling points here and there, the act of playing and experiencing the artistry is top notch. This is a game much closer to a dream than a visual novel. If Found… is the latest release from developer DREAMFEEL and will be many people’s introduction to them. It makes an incredible impression and cements this studio as one to watch. Hopefully this release inspires others to create their own games to share their unique experiences with the world.