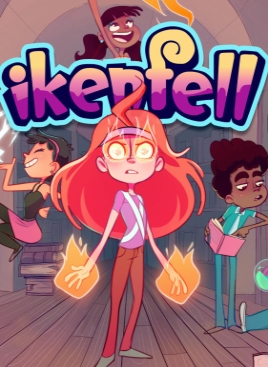 Despite being a big fan of the Harry Potter franchise during the height of its popularity, today I no longer care about the series at all. I think this is largely because ever since the series ended, all efforts to keep the franchise in the public eye have felt forced, from the so-so Fantastic Beasts films to the random and annoying Pottermore tidbits like how wizards would apparently just crap on the floor in the olden days. None of it recaptures the magic of the original books or stokes any nostalgia. Maybe we need something fresh instead, which is why I was immediately intrigued by Ikenfell. The new tactical RPG from Humble Games and developers Happy Ray Games takes places in its own school of magic, meaning comparisons are rather unavoidable. But does Ikenfell have what it takes to be another fantasy classic as well?

Ikenfell casts you in the role of Maritte, an Ordinary whose sister, Safina, attends the titular school. Not having heard from Safina in the longest time, however, a worried Maritte sets out to look for them, eventually sneaking into Ikenfell with some assistance. After meeting up with some of Safina’s friends (and a few of their rivals) and discovering that Maritte can suddenly wield fire magic, however, it becomes clear that Safina was involved in a rather deep mess, which would explain why Ikenfell has been on lockdown and monsters have been roaming all throughout its halls. And it goes without saying, but it becomes clear after a while that Ikenfell is hiding some rather dark secrets, and as usual, it’s up to a group of troublesome students to get to the bottom of them.

One of the first things that immediately stands out in Ikenfell is its soundtrack, provided by none other than aivi & surasshu of Steven Universe fame, who contribute stunning tracks that perfectly fit the retro feel of the game, with terrific synth tunes that expertly provide an upbeat feeling that matches the game’s world and actually feel magical. There even a few vocal tracks during significant boss fights and story moments which enhance the mood even further and create an epic feel. That said, when you have lengthy boss fights, there will be some lyrics that repeat themselves, but it’s still an amazing score overall. 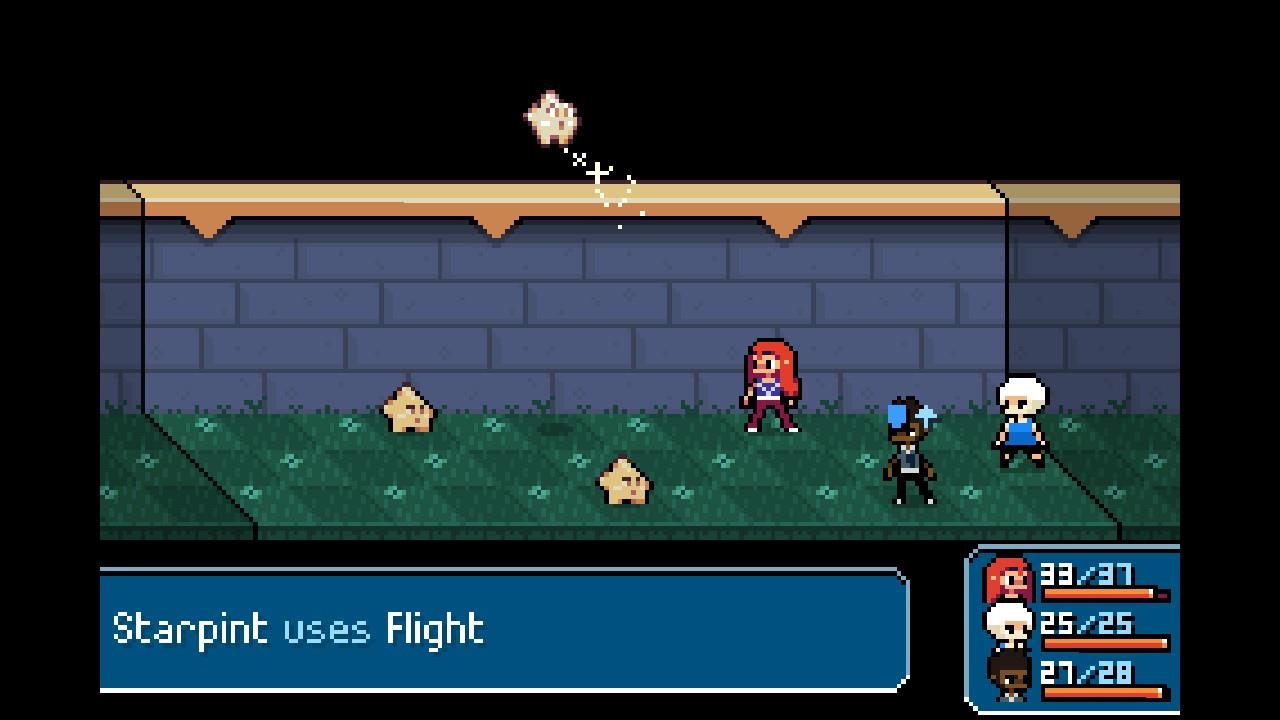 It might sound odd to lead off this review by discussing the music, but that’s because having avi & surasshu on board emphasized how much I was reminded of Steven Universe while playing Ikenfell, and I mean that in a good way. The bright and chipper, cartoonish art style, the feeling of influences from magical girl anime, the LGBTQ representation and of course, a colorful exterior that gives way to a rather deep story about kids having to deal with inferiority complexes, trauma, broken pedestals and more. Yep, it isn’t afraid to go down certain wells at times.

Ikenfell’s story is an engrossing piece of work, with several twists and turns along the way, including a few bits that I didn’t predict (and a few blatant plot twists that I did). Appropriately enough, a lot the tone does remind be of a young adult novel, partially due the structure and largely due to the cast. The characters are a highly-enjoyable lot, from the fanboy-ish bookworm Rook to the enthusiastic battler Gilda. They may not be wholly unique, but they provide a lot of personality that makes up for it. Actually, that sums up a lot of the plot in general: not the most unique story, either in plot or progression (lots of conveniently locked-off area are throughout the grounds), but it’s all executed well. 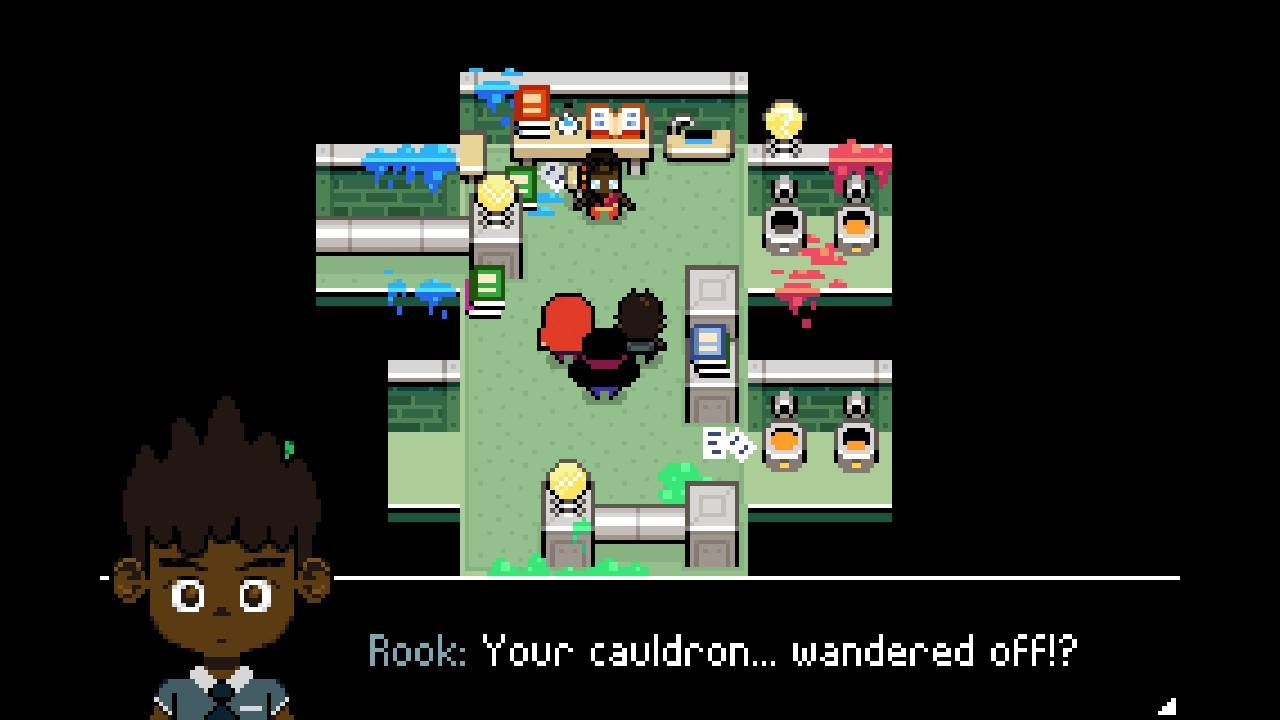 Part of the reason everything feels engrossing is that the general world of Ikenfell is enjoyable to explore. Sometimes you learn little bits of mythology in the astrology tower, sometimes you’re hunting for puzzle solutions in order to navigate an enchanted dormitory and sometimes you have to battle animated objects straight out of Earthbound, like animated pants in one of the stranger quests. While the graphics aim for a more NES feel and don’t have a tremendous amount of detail, a lot of work in areas such as the little animations and exclamations for each character make for something pleasing to look at while nicely getting across reactions.

In terms of gameplay, you have your overworld segments, which involved wandering around the grounds and dungeon-like areas, while solving neat little Zelda-esque puzzles involving the likes of moving tiles, icy floors, hitting switches in the right order, hunting for secret passages with valuable equipment and more. Again, nothing groundbreaking, but it all works perfectly fine. Combat, however, is where the meat of Ikenfell arguably resides. You command three students in your party at a time, each with their own unique spells and expertise, such as dealing with curses that can place traps or steal items from enemies, lightning magic that can stun or shoot huge beams or even painting magic that can conjure of dummies to act as a distraction or heal others. It’s a fun variety of spells, and further showcases each character’s unique traits and personality. 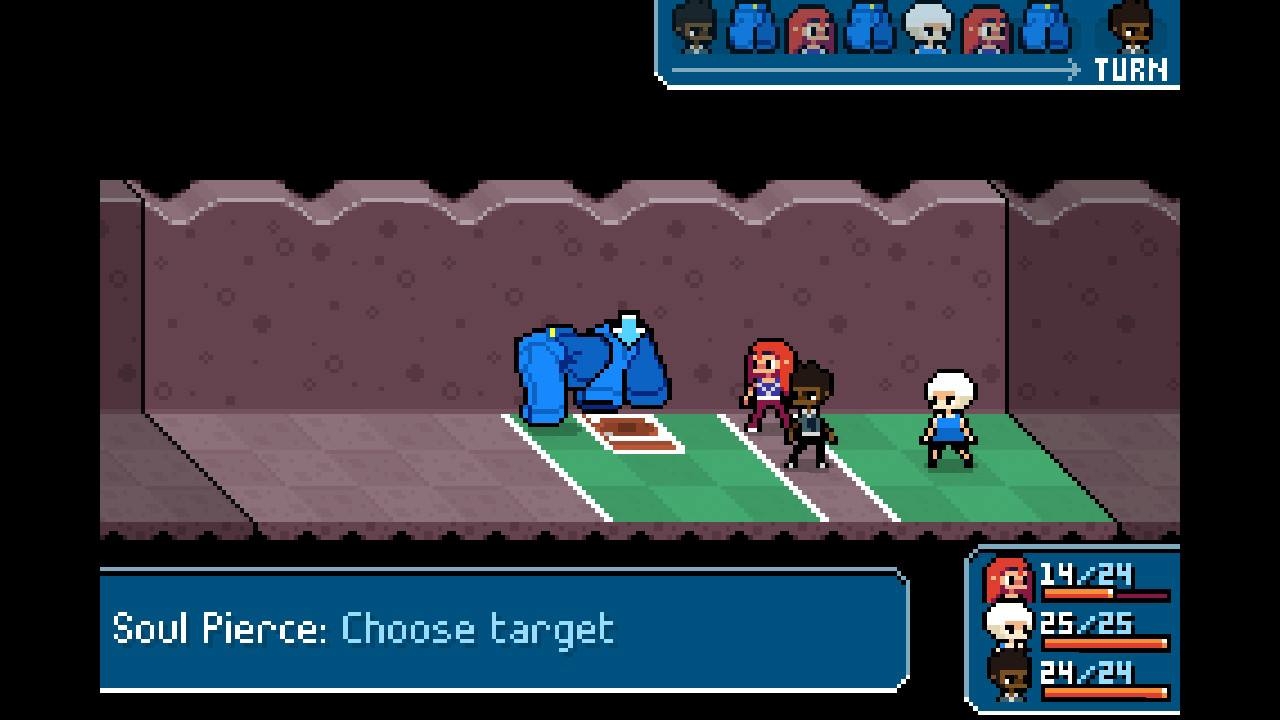 Being a tactics game as well, though, Ikenfell requires strategy when it comes to combat. Characters move about on a grid, and while there are no magic points to manage (although a couple of spells require a few turns to recharge), the tricky part comes in managing each spell’s range and area of effect. Character positioning is important, trying not to hit allies or making sure you’re in a good place to hit an enemy or support another character while making sure you aren’t open too much, especially when it comes to enemies with attacks that can hit multiple party members on your side. And on top of all of that, you have a turn order to monitor, allowing you to plan out all of your moves and possible traps laid by enemies, requiring you to memorize tiles. It sounds complicated, but is surprisingly easy to learn, while still mostly challenging and fun.

The “mostly” back there applies to the fact that much like titles such as the Paper Mario games, attacking is timing-based, requiring you to hit a button at the right time for maximum effect or to minimize the damage from an enemy’s attack. Each attack has its own unique animation, though, so you have to pay attention to try and figure out exactly when to properly strike. Good idea, but games like The Thousand-Year Door reward success with bonus damage or better defense, and if you miss, you still deal regular damage. Ikenfell, though, can be too reliant on timing-based attacks. Miss one, and you’re likely to only deal a single point of damage. For that matter, timing against enemy attacks seems to mean the difference between a mere scratch and something that can take out at least a third of your health, rarely anything in between.

There are a couple of other minor frustrations as well, like how the rumble on the Switch version is surprisingly high and will have you adjusting it and how one boss seemingly had a glitch that just caused them to keep ending their turns without attacking, making for an easy victory (given the relationship between the characters, I thought it was intentional, but no dialogue afterwards suggested otherwise). But the timing-based moves may be the big barrier here. Fortunately, if you overcome the barrier like I did, you’ll still find one impressive RPG to check out. 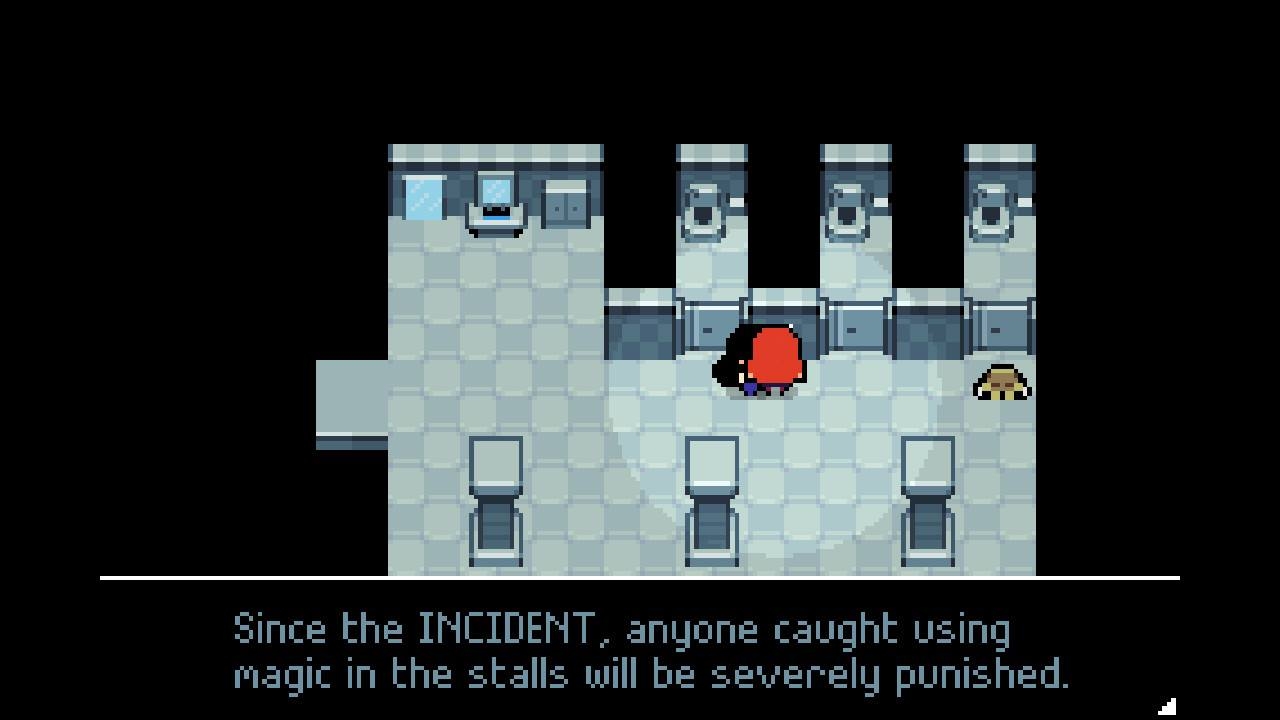 Ikenfell likely won’t replace the Harry Potter series as a whole when it comes to providing a signature web of tales centered around a magic school, but it still provides one impressive journey on its own. Filled with lovable characters, an enjoyable story, and a colorful world to explore filled with a nice level of challenge and a stunning soundtrack, there’s a lot here for fantasy and RPG fans to check out. Heck, it may even be something to recommend to younger gamers as an introduction to the tactics subgenre. Overall, Ikenfell is a trip to a far-out school that’s definitely worth taking.