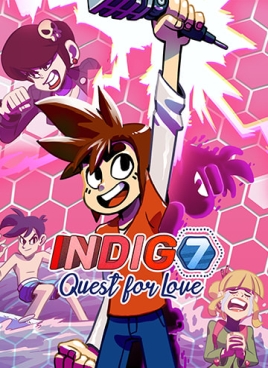 We have seen a lot of puzzle games hit the scene, but so many don’t do much to separate themselves from the pack. Indigo 7 aims to avoid that problem by standing out immediately with a bright color scheme and its emphasis on a story mode alongside a hexagonal grid setup for its core gameplay. The fusion of puzzle action with a comedy-centric story is something that immediately allows Indigo 7: Quest for Love to feel like a more fun experience and having a diverse cast that infuses their personalities into wins and losses makes even a bitter defeat fun. There aren’t a lot of games where one can say that losing is nearly as fun as winning, but with Indigo 7, it can be thanks to the developers putting so much effort into little parts of the presentation.

The core puzzle action uses either a large or small hexagonal grid, somewhat similar on a base level to games like Hexic HD back in the early Xbox 360 days — but with an interesting race to the finish/maze-like spectacle to it. Players start on the bottom-left of the screen with their avatar’s smiling face as a starting point and want to go from a group of three whenever possible to keep a combo chain active to larger groups in an effort to be as efficient as possible. With most puzzle games, the goal is just to clear the board or to keep the size of your puzzle board down in “fill the well”-style games that limit your workable space.

With Indigo 7, players need to be mindful of their board — but mainly to ensure that they are making smart and efficient choices with the color grid. Players can have anywhere from three to a full gamut of seven colors to work with and the more colors there are, the easier it is to make a mistake since it can be easy to miss a single outlier yellow piece in a sea of green and blue. Having turn limits in place for multiplayer action is also another wrinkle that is rarely seen, but keeps things interesting here since that kind of battle is entirely efficiency-based and a true test of a player’s skills and mastery of the core game mechanics. 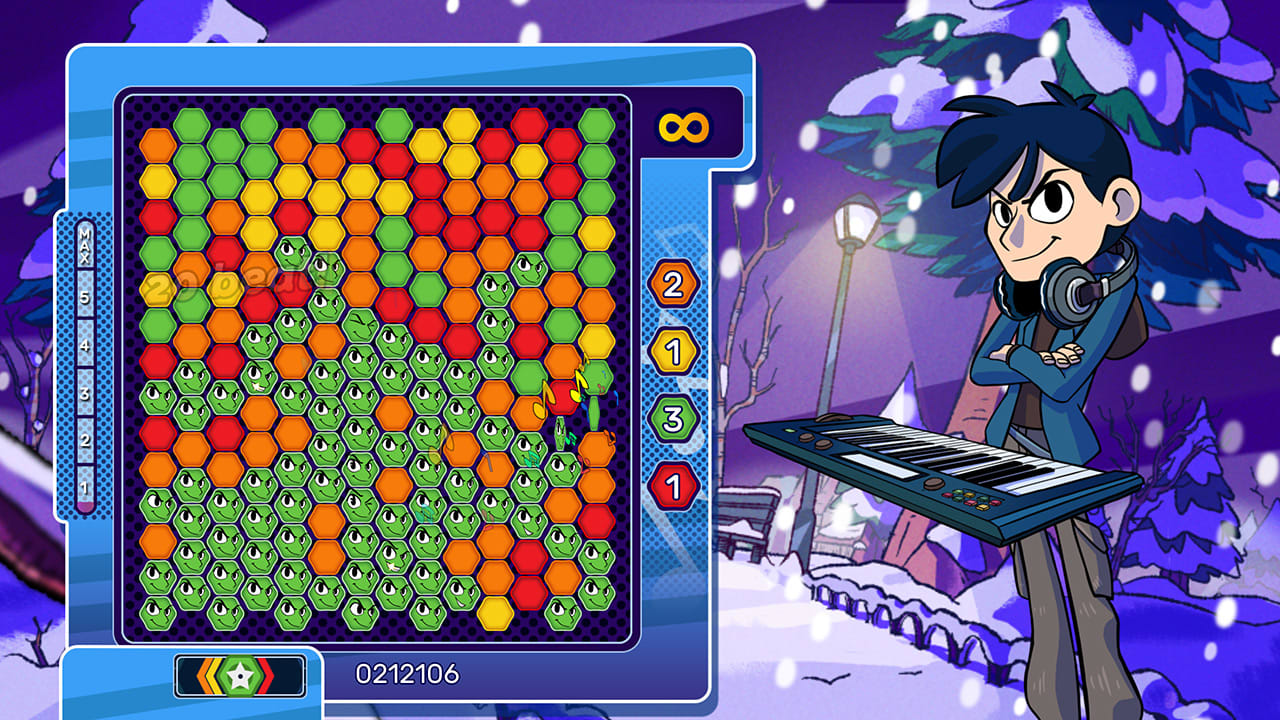 One impressive thing about Indigo 7 is that both the single player large-scale board and smaller multiplayer boards have the same core gameplay behind them, but deliver different levels of the core experience. The large board is more forgiving when it comes to turn counts and enables players to make more mistakes when it comes to picking and choosing the best color path — but that goes away with multiplayer boards where up to three other CPU or human rivals can all be more efficient than the player. This is where defeat being a good thing can pay off because if the player chooses to use a few of those attempts as learning experiences and pays attention to what was done, it can pay off in the long run.

Losing a round or two only to use that as a means to avoid losing the rest in a best of seven affair is well worth it and something that pays dividends down the line. It holds true whether the player opts to just play without stakes at all or goes into the story mode — which does a fantastic job of teaching while also kicking your butt and making the player learn the hard way a few times. The idea of a group of friends in different bands going on a road trip is a lot of fun and allows for a more relaxed story than one might expect from a puzzle game. There was a lot of effort put into crafting the characters and how they play off of one another and that’s something that’s almost-never seen in a puzzle game because there’s little need for it in theory.

Games like Puyo Puyo Tetris put character interplay in the story, but nothing goes to this degree. It’s fun to see the super-chill characters clash with those who are more moody or in some cases just aloof and leave out key details like a “beach trip” really being a way to work for a relative on the cheap to actually pay for the road trip in a beat-up car that may or may not safely get them all from point A to B. It’s a fun conceit and it’s something that makes winning more of a priority since it’s a lot of fun to see the story progress and the only way to do that is to keep marching forward and learning the nuances and getting better at them. The promise of more story-related content being a lure in a puzzle game is cool and the story is a blast to go through. 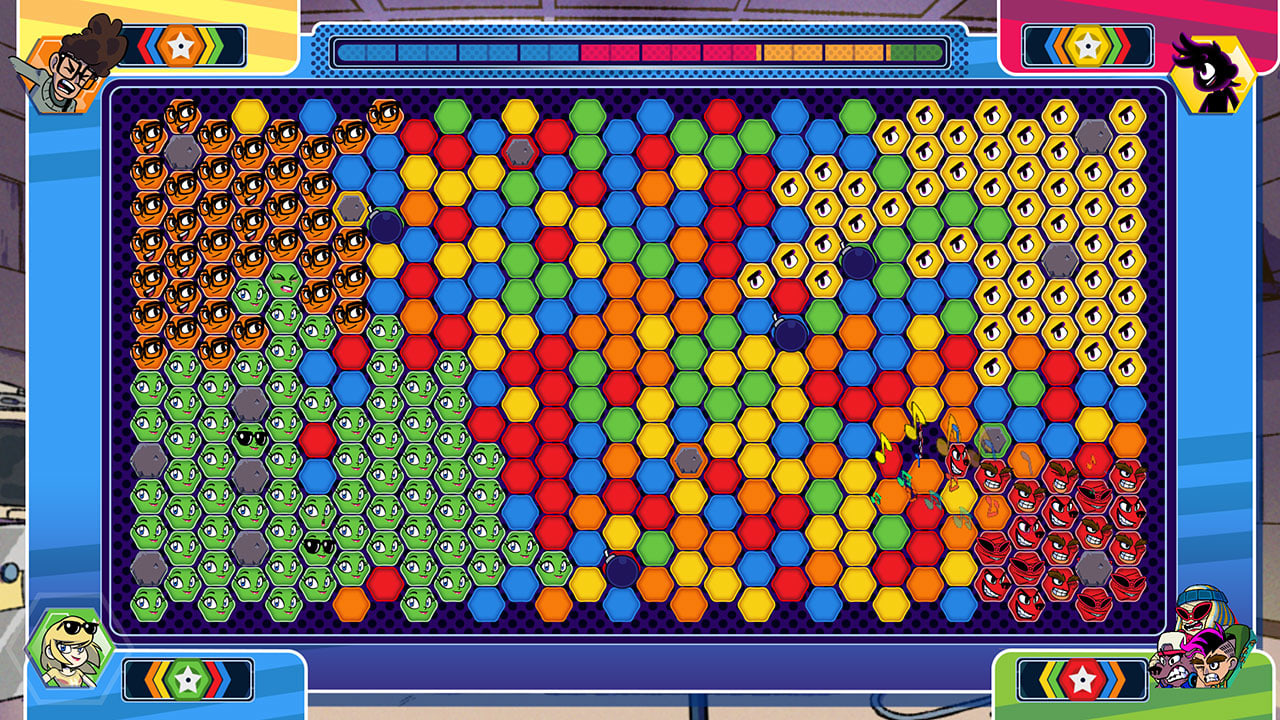 Indigo 7 controls nicely with a simple control scheme, although it surprisingly doesn’t have touchscreen support on Switch — something that would add another wrinkle to things. Given how dead-on players have to be with combos and turn counts, however, it might be better to not have it since a single mistake could destroy a whole run just because the player is off by one piece and touches the wrong thing. Visually, the game’s Scott Pilgrim-esque art style works fantastic for story mode and the bright, bold color scheme is pleasing for the entire board whether it’s seen in single or multiplayer variants. Piece sizes are reasonably large either way and even in four player matches the board never feels cramped even with a lot less space to work with.

The rock-heavy soundtrack is a ton of fun to listen to and the cast builds so much fun into the adventure doing things like imitating a guitar solo or warbling when they win. It’s such a small thing, but it makes every match seem so enjoyable and showcases how much care went into the game itself. Things like victory chimes are nothing new, but they’re almost never done in this way and it enables Indigo 7 to stand out from everything else on the market in a way that one wouldn’t think of going in — but it winds up making the game so much more endearing. 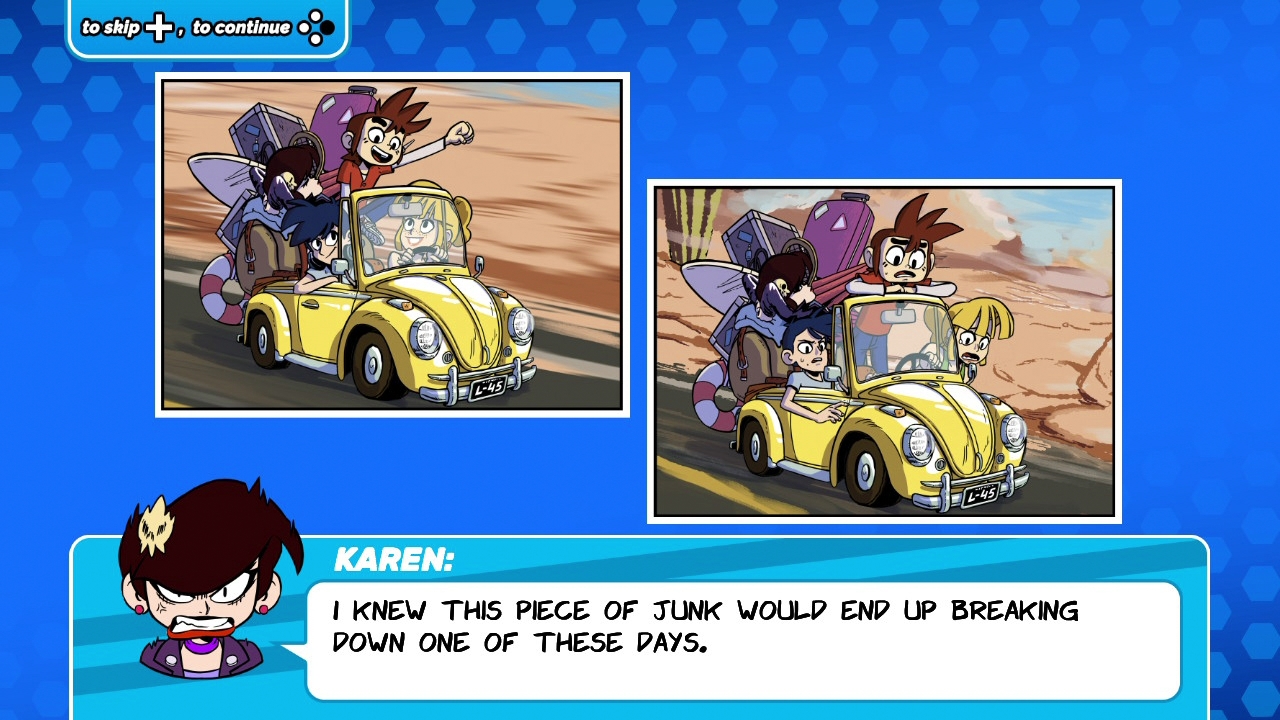 Indigo 7: Quest for Love’s puzzle formula is engaging and manages to be a mix of easy to learn, but tricky to master. It’s not an all-time great game, but it’s well-crafted and has a lot of heart. The comedy hits far more than it misses and the story mode is a riot to see unfold and use as a learning tool. Given how great the experience is with multiplayer, it’s a shame online play isn’t featured — but hopefully that’s something that can be added in later on. As it stands, Indigo 7 a great game and a fantastic value for the money.