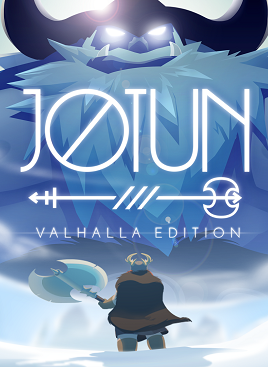 As problematic as it could occasionally be, the God of War series has proven to be a successful example of integrating the education of ancient mythology within video games, providing players a crash course through numerous aspects of Greek mythology, with a generous dose of violence along the way. While the story aspects do provide a solid motivation for the player to continue, it was often the gameplay, with its button-mashing combat and large-scale puzzles and boss fights, that pushed them forward towards the completion of one of Kratos’ adventures. Unfortunately, Thunder Lotus Games’ title Jotun is only able to provide one of these key incentives, delivering an intriguing overview of Norse mythology, while falling flat in their attempts to provide engaging exploration or challenging boss encounters.

Jotun’s development was largely supported over the past few years, with a $64 thousand Kickstarter in 2014 followed up by an impressively quick success on Steam Greenlight after being approved in under a week. The Norse-action game was released on PC the following year, and is now arriving on consoles with an all-new Valhalla Mode, featuring a boss rush of the game’s impressively large creatures known as jotun. Jotun follows the adventure of Norse warrior Thora, who, after suffering an inglorious death, must prove herself to the Gods by exploring the numerous worlds attached to the Ginnungagap, a purgatory-like hub world. After successfully completing one of these regions, Thora rewards the player with the telling of her life on Earth, and the family troubles that surrounded it. While this aspect of the plot rarely goes beyond the bare necessities for a story of tragedy and retribution, it is the worlds that Thora explores which provide the most compelling aspects of Jotun, the detailing of Norse mythology. As someone who has had very little interactions with Norse mythology beyond my experiences with Marvel movies, Jotun provided a deep, if somewhat overwhelming, dive into this complex mythos over the course of its 5 hour length, through a variety of interactions with Gods, set pieces, and details via narration. 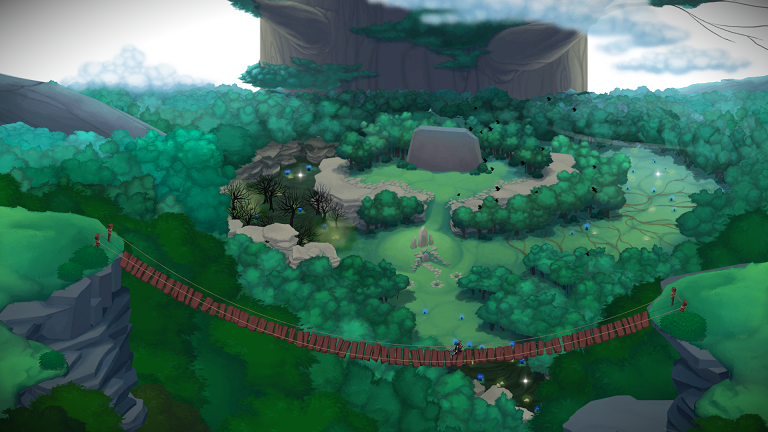 Most of the player’s time spent in Jotun will consist of walking, with brief interruptions for puzzles and boss fights. The movement is limited to eight directions, in a move that seems reflective of how the game played on PC, which takes some time to adjust to, and the environments players explore, while inspired, are often left mostly undiscovered, with little reason to fully seek out their mysteries beyond the completion of the main objective, or the optional ability to seek out new powers and health upgrades, which often requires repetitive backtracking. These pursuits are made unnecessarily difficult due to a map which does not highlight the player’s location, while simultaneously being too straightforward by providing overly simplistic traversal puzzles. The boss battles against the jotun are definitively more engaging, showcasing an impressive scale and a mixture of axe and power-based combat which attempts to reflect the Dark Souls series. Attempting is unfortunately as close as it gets, as the battles often feel stilted and predictable, with luck often playing a greater factor to a player’s success than execution. Additionally, some of the powers only come in handy in certain situations, making the player’s already limited arsenal feel even smaller against specific foes. While there is some challenge to be found within these encounters, particularly with the final boss, the combat, as well as the exploration, never quite reaches the level of depth or complexity it aspires to, leading to a less memorable overall experience than intended.

Even if the boss battles may not live up to their epic purpose, the soundtrack certainly does, providing listeners with grand pieces of music which often accurately reflect the action on screen. Jotun’s camera also deserves some praise, with each zoom-out granting an awe-inspiring glimpse at the area’s various set pieces. Featuring a smooth, mostly problem-free UI and presentation, the aspect of it which manages to shine the most is the incredible hand-drawn animations, particularly for Thora and the opening and closing sequences for the jotun. While they do occasionally stick out in some of the more empty environments, the animations have an incredible amount of detail within them, managing to impress throughout the length of Thora’s journey. For PC owners who already had the opportunity to check out Jotun, there is little motivation to encourage a return visit beyond the game’s titular Valhalla Mode, which, as mentioned earlier, provides a more difficult boss rush mode, granting players access to all the powers and health upgrades for this challenging task. While it certainly adds some welcome adversity to these large foes, it’s still hard to recommend another full purchase of this product solely for this mode, particularly considering its other flaws. 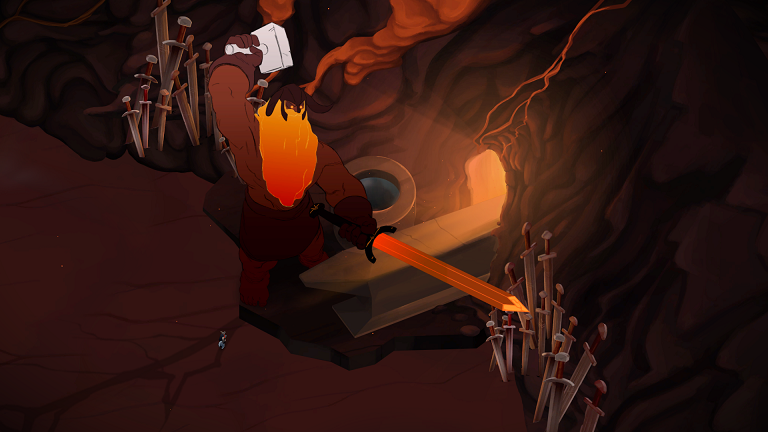 For what it’s worth, Jotun has its audience cut out for it. Those looking to explore a lore-filled world heavily inspired by Norse mythology and packed with gorgeous hand-drawn animations will be hard-pressed to find better. But with the limited scope for the interactive aspects of both the exploration and combat, Jotun never quite reaches the heights of Valhalla, instead providing a mediocre experience that inspires as often as it bores. While the genre Jotun falls in isn’t exactly jam-packed with other options, potential players who lack the right amount of Norse-based curiosity would most likely be able to find better experiences elsewhere.