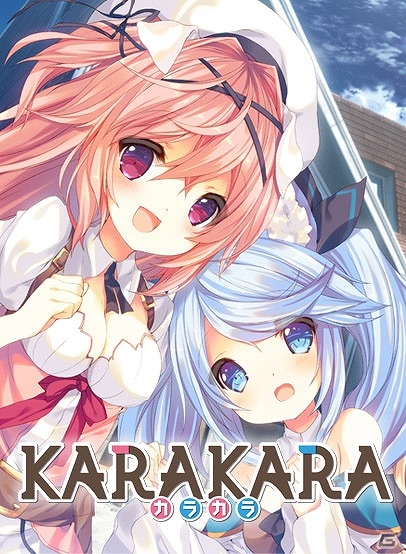 With so many visual novels to choose from, it can be hard to actually settle down and simply play one. This issue is compounded for fans when a large proportion of games in the genre are actually super long. Limited time – not to mention limited patience and funds – restrict what anyone can play. In this regard, KARAKARA stands out as it provides a brief experience which isn’t entirely fluff. Surprisingly, it’s difficult to find titles which are both brief in length and actually at all worth the time spent with them. At first glance, KARAKARA also appears to be a rather high profile release as compared with its indie contemporaries. All of these facets might lead one to sit down with the visual novel, though what you’ll actually get out of the experience depends on your expectations going in.

First, let’s dig into the storyline because the Steam page is a little awkward with its attempt at explaining the context of KARAKARA. The game takes place in Sagami Francisco – a city where a melding of Japanese and American culture and people has taken place. This didn’t just happen in and of itself, though. The new society is a result of a great catastrophe which occurred on Earth many years ago. As a result, most of the world has become completely uninhabitable. Even those places which remain are arid deserts with a few folks scattered about. Those surviving humans coexist as peacefully as possible and utilize what we consider modern technology. The thing is that nobody still knows how to create or even repair these relics of the past. From electricity to radio broadcasts, they’re simply using what still happens to work and praying that these technical doodads don’t ever break down.

Amidst this scenario there are still business owners. Leon and Lucia are two of them and manage a nice little restaurant. It might not have too many customers, but that’s no big deal. The two have been friends since childhood – even though it appears some romance may be awkwardly flourishing between the two as well. On one of their regular jaunts to the store, Lucia spies something most unusual on the side of the road. There’s an unconscious woman lying atop a giant red suitcase! As it turns out, Aisia had been seeking out work and found herself getting tired while walking through the heat. This ridiculous turn of events leads to the duo bringing her and her suitcase to their shop/home and effectively hiring her on the spot. As might be expected from first impressions, Aisia is quite the effervescent oddball. It’s thanks to this uniqueness that she actually manages to effect change in Lucia and Leon’s household. 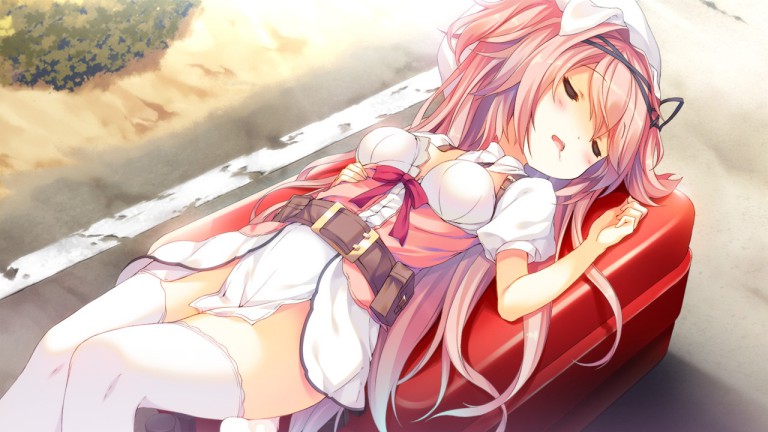 Despite being a pretty quick read at around two to four hours, KARAKARA‘s relatively good at getting players accustomed to the main characters. Both Lucia and Leon seem fairly fleshed out – as does their unique relationship. Aisia doesn’t get quite the same attention as she seems to act more as a lightning rod to get the story moving along. The tale goes in a bit of an odd direction later on, but in general you’re getting a sweet, brief look into the lives of some people living in unique circumstances. Don’t expect anything particularly dark or serious here and you’ll be in the clear. Just be sure that the version of the game you select suits your particular tastes.

KARAKARA is available in two forms: All-ages (via Steam) and 18+ (via Denpasoft). As is usually the case, the only change is that the Steam release has all sex sequences cut from it. Although I have not played this 18+ edition, it appears pretty clear where exactly these scenes would fit, as story moments simply cut off as sexual jokes or events start up. The cuts do not appear to have any additional text placed in their absence to smooth out the abrupt scene changes. Even so, the all-ages release occasionally gets risque with bare butts and barely covered breasts depicted or suggestive voice acting, but that seems to be increasingly common with all-ages Steam stuff anyway. 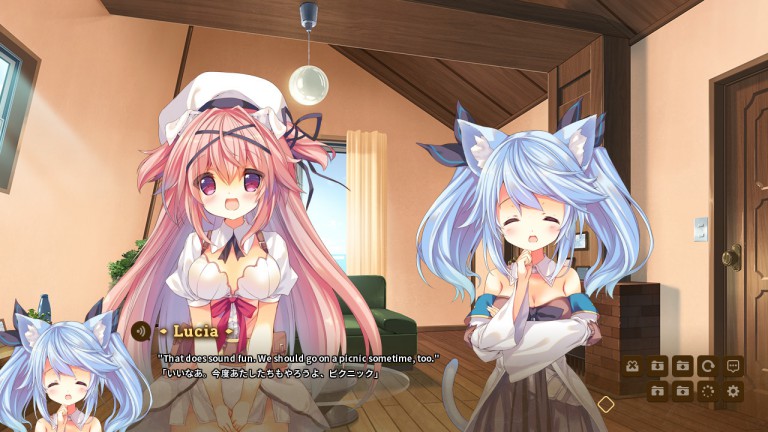 In one sense, the setup for KARAKARA might perhaps be too intriguing for its own good. The post-apocalyptic setting and survivors living off relic machinery could be the start of a really fantastic visual novel. However, it is only touched on in small portions. The stranger thing is that it really doesn’t seem to matter all that much by the end. Aside from a few references to technology and the state of the world (which lead to many humans having animal ears, by the way) has no meaning. The few questions brought up during play are left dangling once you beat the visual novel. There simply must be plans to continue with a sequel as otherwise it makes very little sense to have invested so much into creating this unique landscape to just spend a few hours in it.

There’s also the matter of attention given to making KARAKARA a quality release. Not only does it include Japanese voice acting for the characters (aside from Leon), there is also the matter of sprites and CGs themselves. This art is of high quality and looks great throughout. Sure, it might not utilize the E-mote engine, but shifts in sprites clearly demonstrate their mood changes. Another high point is the soundtrack which feels quite relaxed in keeping with the atmosphere. A chill soundtrack, voice acting, and lovely artwork ensure that the brief time spent in this world is enjoyable. 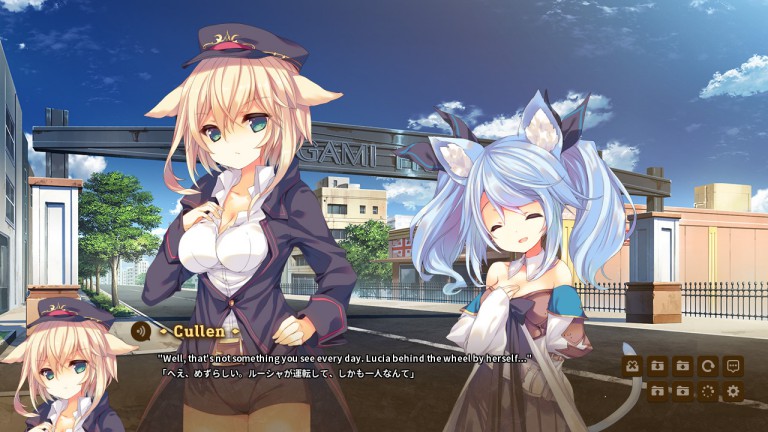 KARAKARA is a bit of an anomaly. Despite taking just a few hours to complete and offering no replayability in the form of choices, it manages to slightly edge out an “average” feel thanks to a devotion to quality. The storyline itself may be a rather simple exercise in fantasy fulfillment (two young women love Leon at the same time, after all), but one given a bit more purpose. It’s a shame the unique setting is rarely utilized. With the addition of a slightly pricier 18+ edition you also will get a few minutes of added scenes which smooth out abruptness in the all-ages release. If you’ve got a few hours to kill and are looking for a cute, simple story, then KARAKARA will likely fill the void.