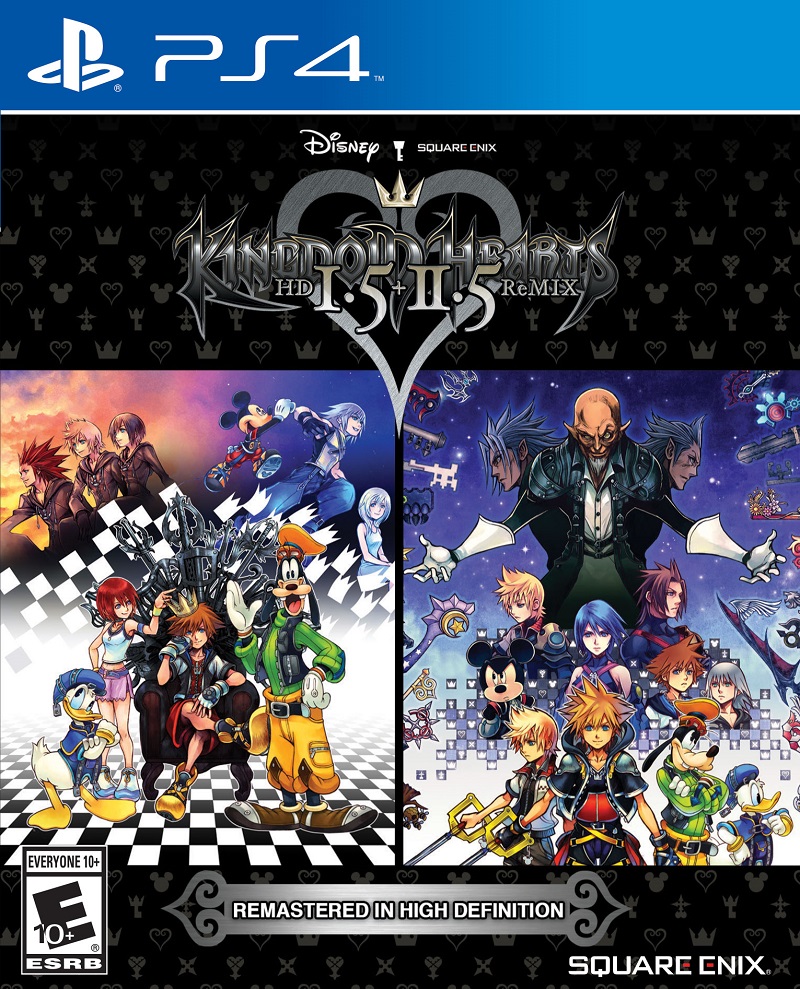 The Kingdom Hearts franchise is a story fractured across multiple devices. Before 2013, players needed a PS2, Nintendo DS, PSP and Nintendo 3DS to experience the entire saga. Then came the HD remasters, which brought six of the games onto PS3, and then the PS4 came out. Kingdom Hearts HD 2.8 Final Chapter Prologue may have brought the final game, Dream Drop Distance, to a PlayStation platform, but the series was once again fractured. Square Enix hopes to remedy this with Kingdom Hearts HD 1.5 + 2.5 Remix, which brings the remaining games to PS4. Is this the ultimate Kingdom Hearts collection or does it fall into the depths of darkness?

Suffice it so say, there’s a whole lot content here. The 358/2 Days and Re: Coded films will take three hours apiece, and the four games easily surpass twenty hours each. Unless you’re speed running the six titles, there’s far more than eighty hours’ worth of content to explore at an attractive price. There, sadly, isn’t anything new here for old players, and, unfortunately, the level of quality across all of the titles. 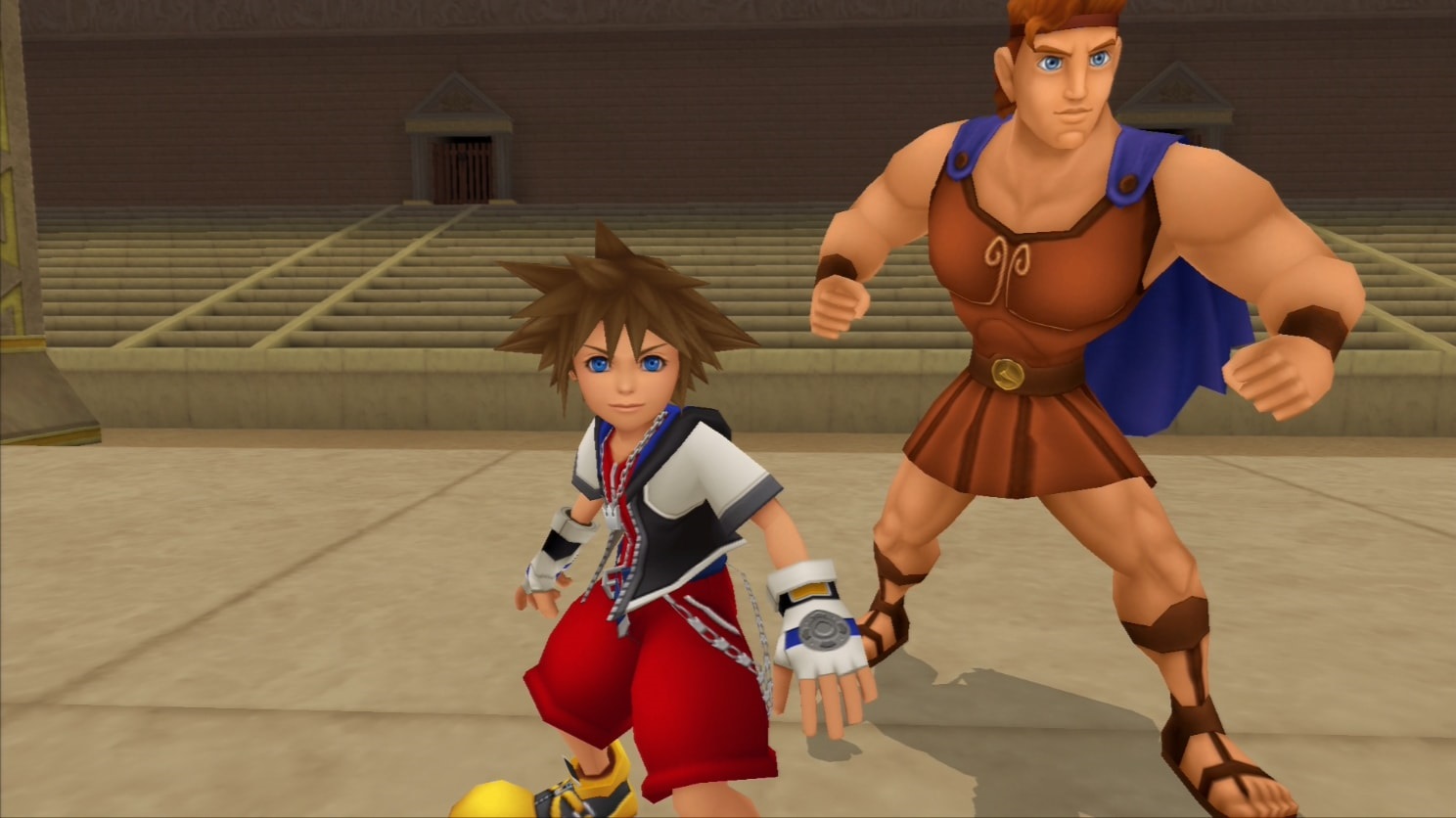 Kingdom Hearts II Final Mix fairs the best, looking quite pristine running on PS4. Every title in the collection is set to run at 60 frames-per-second, but Kingdom Hearts II feels the best to play. The game was already fluid running on PS3, and it feels even more snappy and fluid on PS4. Models and textures have been adequately updated, though some blockiness remains. The game does stutter on occasion, but it wasn’t enough to dampen the experience.

Kingdom Hearts: Birth By Sleep fairs the second-best. It was a technical wonder on the PSP and ran very well on the PS3. One of our chief complaints in our 2.5 Remix review was that Birth By Sleep didn’t feel like it received the graphical overhaul it deserved. Despite some decent updates, it was apparent back then that it was a port of a handheld game, and now, on PS4, it’s even more evident. Environments lack detail, and the terrains retain their boxy shape. Considering how much effort went into updating Dream Drop Distance, a 3DS game, for its PS4 release, it feels lazy the same amount of attention wasn’t put into Birth By Sleep. It doesn’t diminish how great the game still is in the story and gameplay departments. Running at 60fps, the game has never played better. 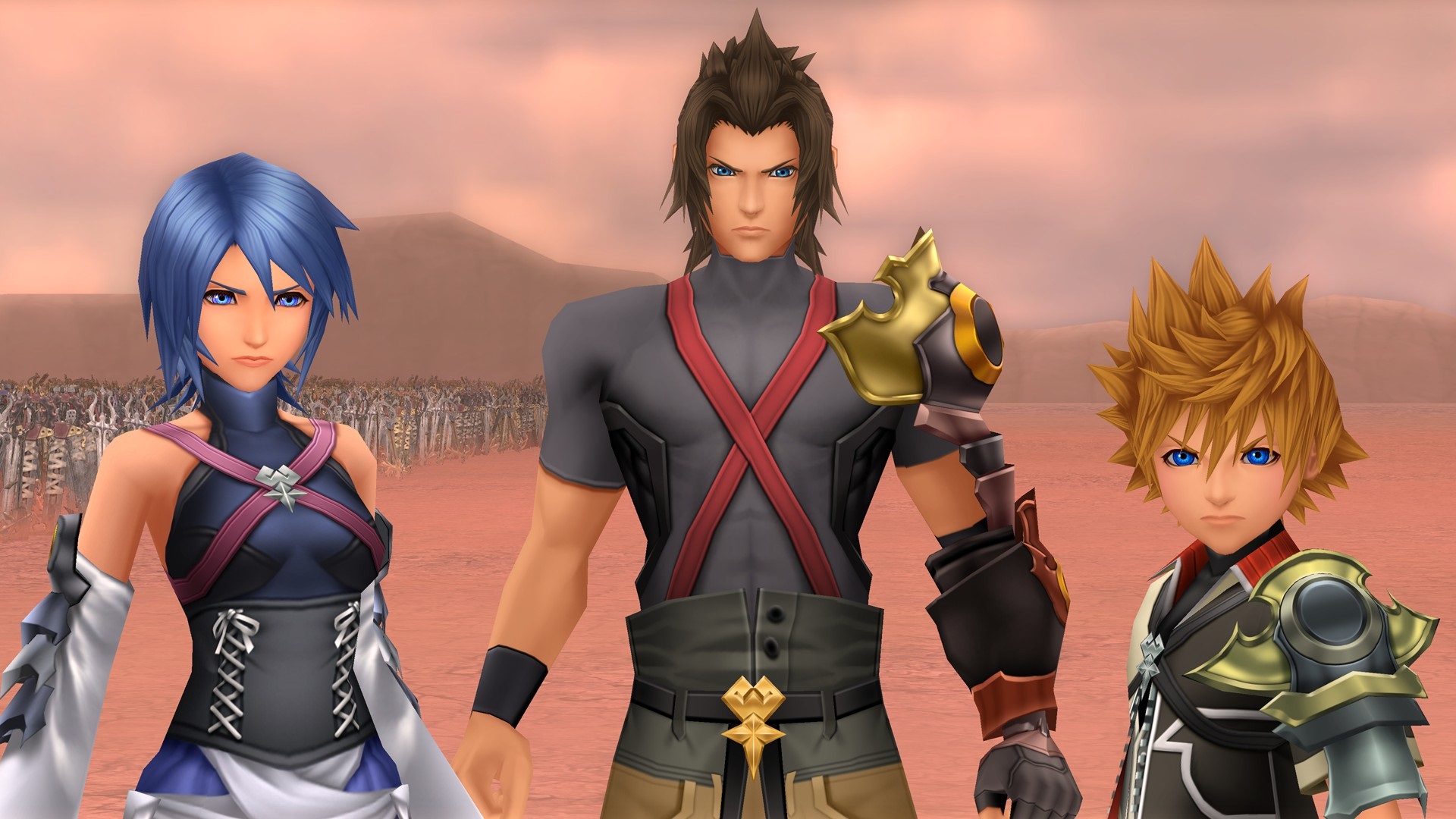 Then we have Kingdom Hearts Final Mix. Like the previous two games, Kingdom Hearts’ gameplay feels significantly more fluid thanks to the bump in framerate. While models don’t look quite as smooth as Kingdom Hearts II, they still look the best they’ve ever looked. All the improvements that came with the PS3 edition remain intact. The camera is still controlled with the right stick, and players can interact with chests and NPCs with a tap of the Triangle button. These are important updates, but they do little to hide that Kingdom Hearts feels old and suffers from archaic design decisions (i.e. the swimming in Atlantica and flying in Wonderland). It feels like there should have been more updates to make the game feel a little better.

Birth By Sleep needed some more visual improvements, and Kingdom Hearts needed some more gameplay enhancements, but Kingdom Hearts Re: Chain of Memories needs a lot more work. The quality of work put into this remaster is pitiful. While the previous games have been smoothed out to take advantage of the more powerful hardware, cutscenes in Chain of Memories are filled with jaggies. However, the poor quality of the cutscenes doesn’t extend to gameplay. In fact, in-game assets look just as good as Kingdom Hearts, but the card-based gameplay will likely remain a sore spot for most players. While the card-based gameplay worked well as a 2.5D game on the Gameboy Advance, its transition to 3D has remained divisive. 1.5 + 2.5 Remix does nothing to improve the experience and this is by far the weakest entry in the collection. 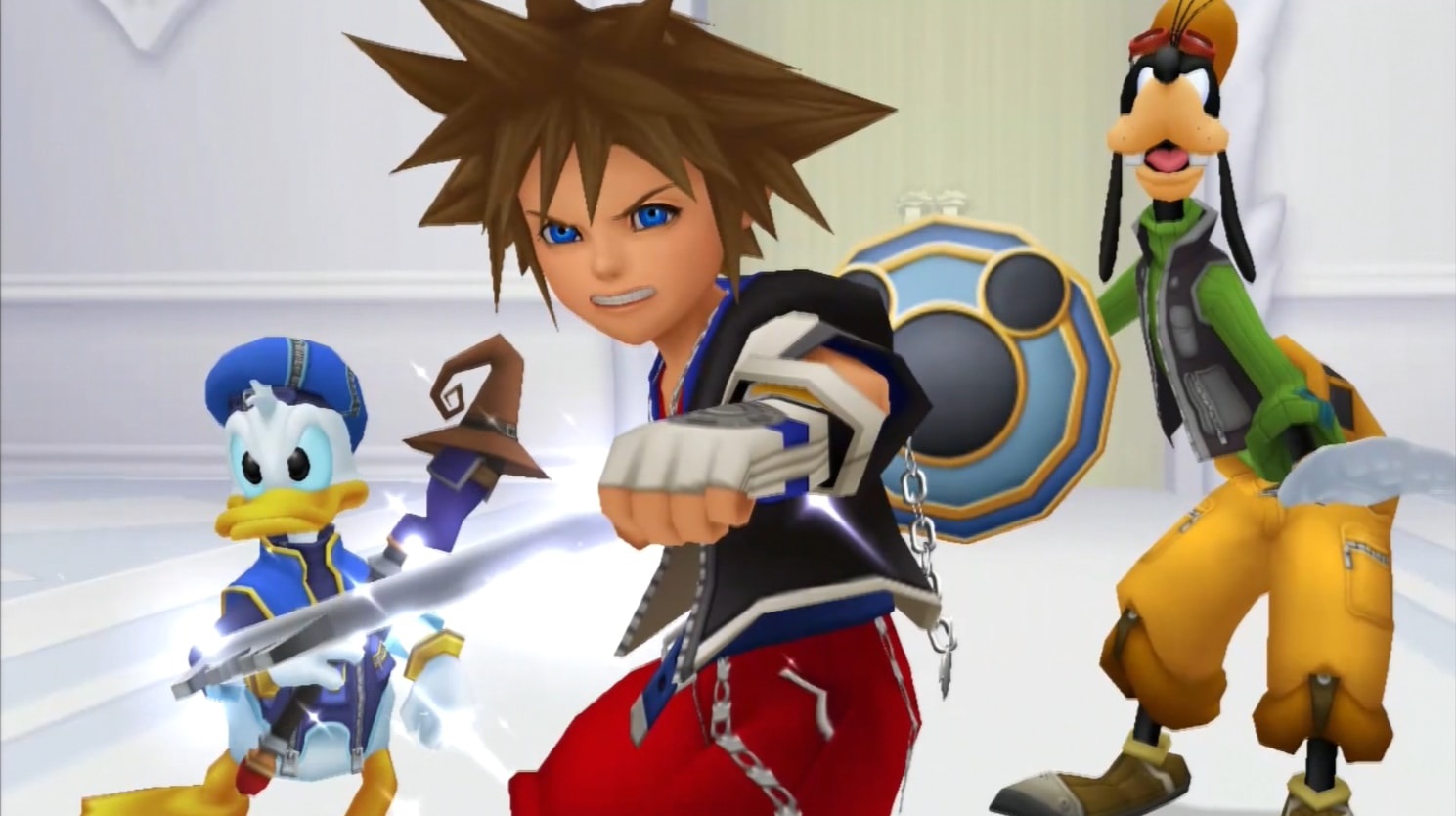 Rounding out the experience are the two films, 358/2 Days and Re: Coded. Both have a runtime of about three hours. While 358/2 Days’ opening cutscene looks quite rough, the rest of the film has graphical standards on par with the other games. It would have been nice if Square Enix built a few new cutscenes to replace the text-based sections in the story. Re: Coded, however, looks significantly better and does not contain any of the text sections found in 358/2 Days. While both titles are more side-stories to the Kingdom Hearts narrative, they do provide vital information essential to understanding the rest of the story.

While Kingdom Hearts HD 1.5 + 2.5 Remix does bring the remaining six Kingdom Hearts games to PS4, it doesn’t encompass the full collection. Players will still need to pick up Kingdom Hearts HD 2.8 Final Chapter Prologue. Still, for $49.99 for four games and two movies is a pretty good deal, even if it is missing the latest adventure. 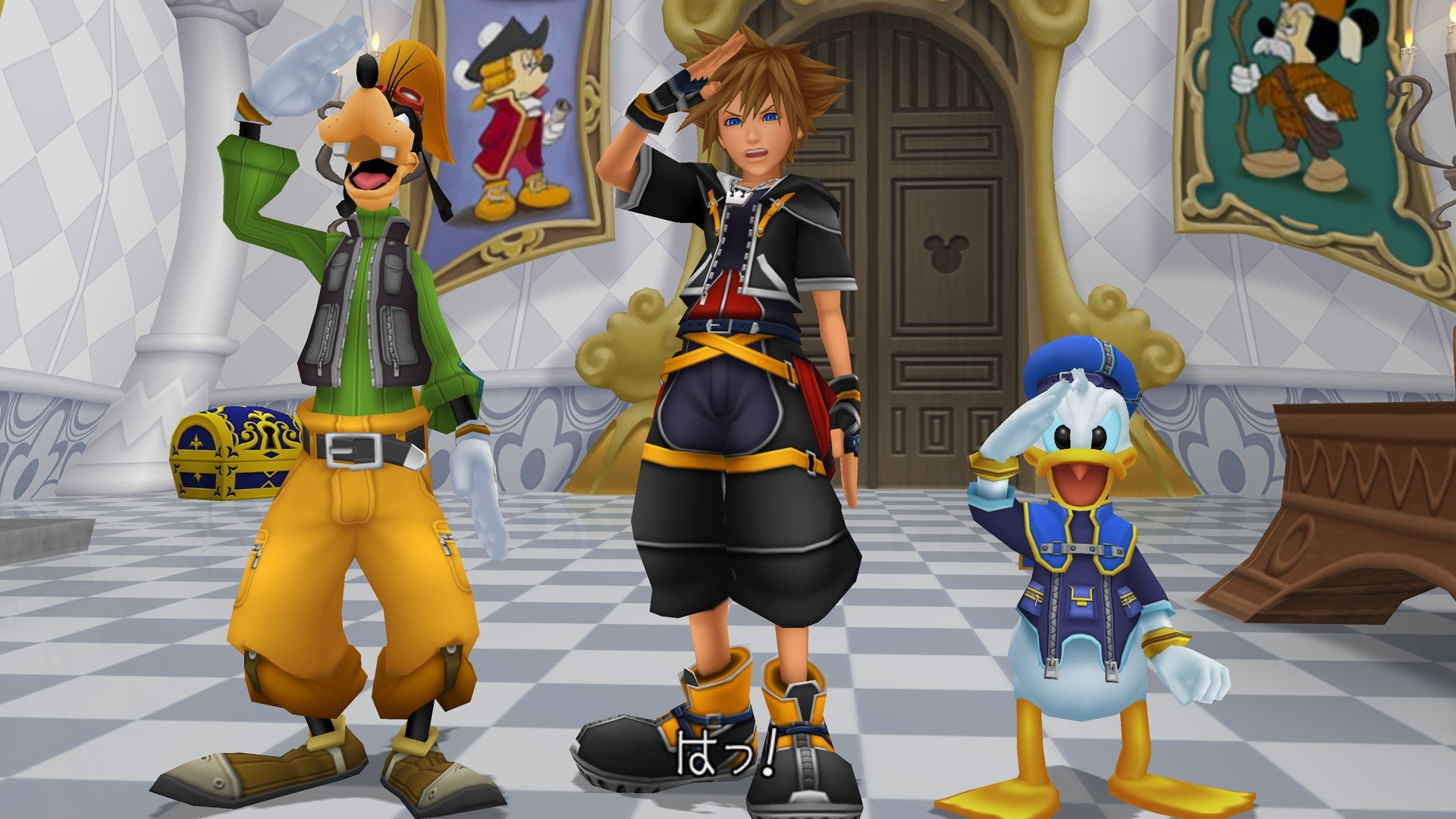