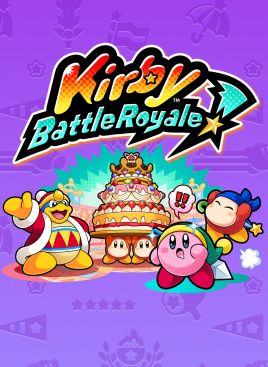 If you were to ask me what the greatest video game franchise ever was, I would honestly probably tell you that it was the Kirby series of all things. Why, you may ask? because in over twenty-five years, the pink puffball has easily had the most reliable series of games on the market. Practically every single entry, main or side, has been solid or excellent, never disappointing us with the likes of awkward CD-i games or botched educational titles. Even the lowest point, Kirby Air Ride, was still decent. But sadly, Air Ride’s title of the weakest game so far has now instead been bestowed to the latest installment, the action-focused multiplayer party game Kirby Battle Royale. Mind you, even the lowest point for Kirby still results in an okay game, but one that still feels disappointing.

The basic setup here is that one day Kirby finds a flyer for a competition being held by King Dedede, in which the winners receive the cake of their dreams. Teaming up with a Bandana Waddle Dee, Kirby heads to the contest, only to find several different-colored versions of himself there. It appears that Dedede has whipped up a Kirby Printer to create several copies of our hero, having them also compete with the secret intention to have Kirby eliminated via the various battles. And if that description of the plot seems a bit short and shallow, well, that’s only because the game itself befalls the same fate.

The campaign mode sees you advancing through the ranks by competing in five different leagues, choosing mini-games to play and earning various points for each one, advancing to the league’s qualifying set of games when you’ve earned enough. Said games vary from having to collect apples or coins to miniature sports games and vehicular battles. Combat is a reoccurring element in all of them, though, and before each battle you get to choose which power Kirby will have that determines his attacks, be it a mighty whip, bombs to throw, or ferocious whirlwinds. You have your standard attack, special attack, and charge attack, all of which are fun to experiment with and attack opponents with, either knocking them out or stealing their goods. 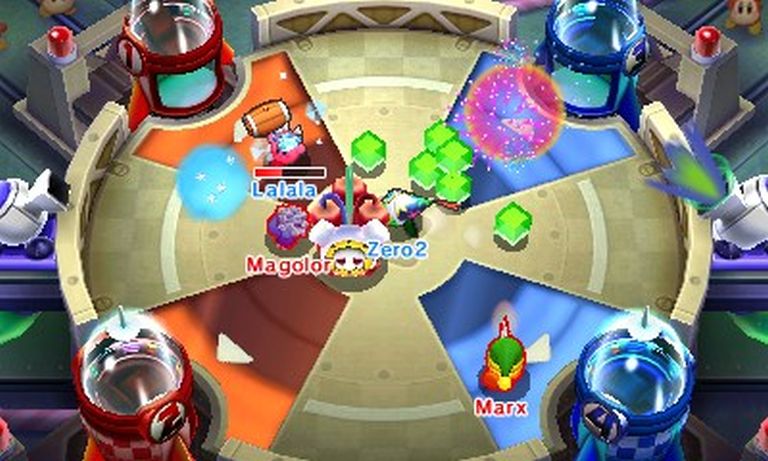 Ironically, the one mini-game that is straightforward combat – Battle Arena – is probably the least fun, requiring you to knock out three opponents at the same time to score a win, leading to the occasional unfair loss and tedious moment. Games little Apple Scramble and Rocket Rumble are the highlights, where you balance collecting items, wailing on other players to steal what they’re holding, and keeping your own stash guarded all at the same time, perfectly keeping things fast-paced and offering a bit of strategy. In fact, the rest of the games are almost as equally fun as well, in what would be perfect party game fodder.

The only downside is that, well…there really isn’t much of said fodder here. There are only ten games in total, and with only a couple of variations/maps on each one (in either free-for-all or two-on-two matches), you’ll have seen everything the game has to offer in a matter of a couple of hours. The campaign itself doesn’t exactly have a whole lot of meat to it, and while it tries to offer a few modifications near the end (having to complete challenges in a certain amount of time, not taking a hit, et cetera), it still comes across as being too short. It doesn’t help that the first few leagues are pathetically easy, then it suddenly flips the switch to “frustrating” mode for the rest, with one out of the other three combatants clearly being a lot more competent in order to provide a potential winner, and culminating in a final boss fight that gets rather aggravating. 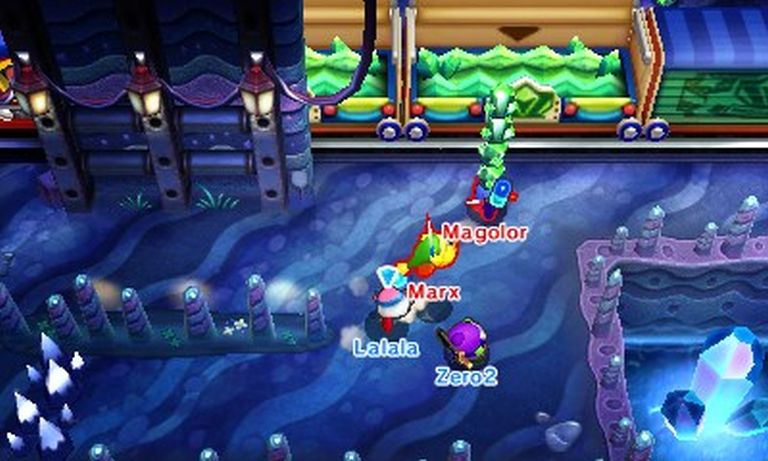 Playing through the campaign earns you currency that that you can use to nab various outfits and powers for Kirby in the game’s multiplayer mode, along with bonuses such as the game’s soundtrack. But if you’ve already played the majority of the campaign, the the multiplayer modes sadly offer nothing new as well. You can customize matches to set up how many and what games are played, but again, you’ll blaze through everything you need to see in a short amount of time, so it doesn’t stand up to repeat playings. It also doesn’t help that the wait for online matches feels annoyingly long, and that some of the game are subject to noticeable amounts of lag.

If any of this sounds like I’m being to harsh on Kirby Battle Royale, then I apologize, because I honestly don’t mean to be that harsh. Its biggest flaw is its lack of content, but everything else is okay, it all controls fine…except even in other areas, it never feels like the game is putting in a huge amount of effort. This even extends to the aesthetics, where nothing seems new, but just re-using the same assets yet again. It’s all sunny and colorful, with nice and bouncy music, but there aren’t any new sights here for Kirby fans.

In the end, the whole game almost feels forgettable, as evidenced by the Boost Orbs, power-ups with effects such as health restoral and quicker charge attacks. I didn’t bring them up earlier because while they’re an okay addition, they only get introduced during the final league at the end of the campaign, and in no way ever feel necessary when it comes to winning a match. in a sense, they’re Battle Royale in a nutshell. 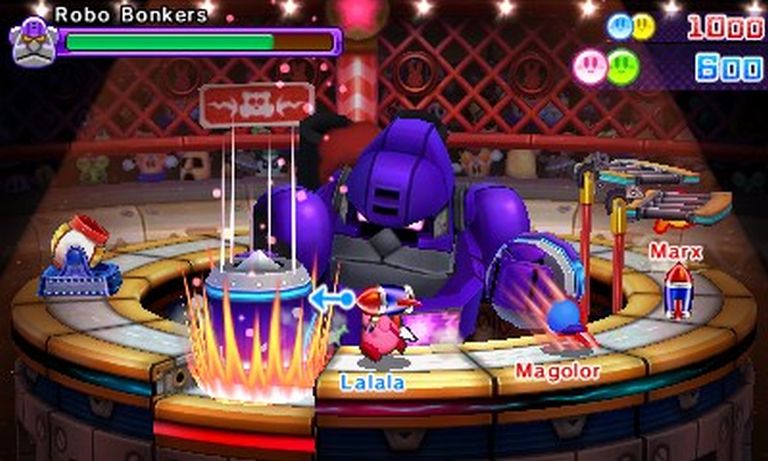 Kirby Battle Royale is by no means a bad game overall, but it just has so little content that it barely warrants a lengthy play session, let alone a purchase. The mini-games themselves are fun and well-designed, but the overall package doesn’t do any of them justice. If you need a dose of classic Kirby action, you’d be better off waiting for the upcoming Switch game, because this is one party that you can safely skip going to.