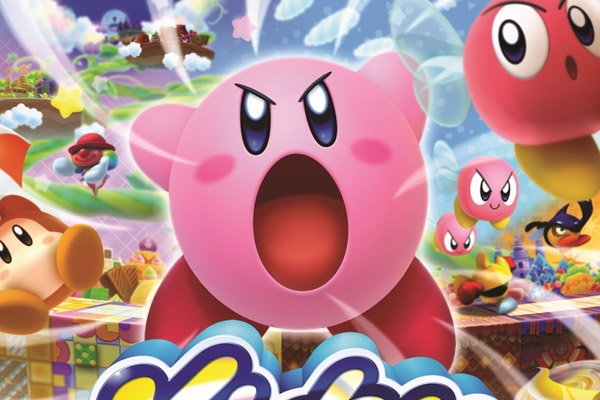 The affable pink balloon-like creature we know as Kirby is back once more, but Nintendo is looking to bring his rounded shape to life in beautiful 3D. The pixel art side scrolling Kirby is gone, replaced with a fully modelled world featuring nostalgic animations and music. The core of the series is still here though, with all the metamorphosis and loveable characters we grew up with. Our little hero has changed a lot since he originally debuted, but the first true Kirby game developed on the Nintendo 3DS has revitalized our nostalgia for the series.

Nintendo didn’t take any chances like they did with Kirby’s Epic Yarn as this is back to the series’ traditional format with light new features. The story is a little different this time around with King Dedede being replaced as the antagonist by a masked villain named Taranza. In fact, King Dedede becomes the victim as he’s captured and Kirby, after a giant sprout lifts his house into the sky, is the one off to rescue him. Being a Kirby game, there’s really not much story to be told here. Even throughout the boss encounters, there’s no real context to why you’re facing these creatures other than you’re following the flying captor. 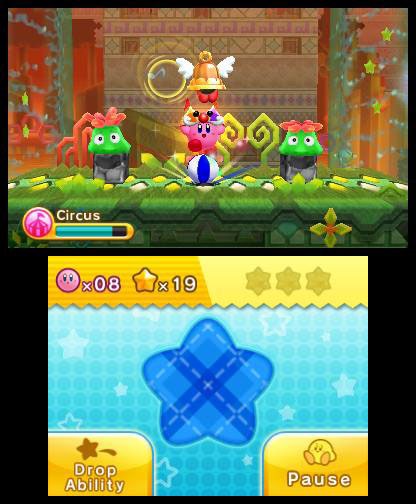 If you’re familiar with the gameplay mechanics of traditional Kirby games, you’ll be right at home in Triple Deluxe. This is a side scrolling adventure rendered in glorious 3D where Kirby traverses through various lands, sucking up enemies and attaining their powers. The majority of opponents contain some sort of ability, be it fire breathing, kunai throwing or lance tossing. Each has their own advantages and disadvantages, and the most suitable choices are made available right before a boss or when there’s a secret area to be discovered. The majority of the creatures are found in past games, but there are a handful that have never been seen before. The rhinoceros-esque beetle is by far the most useful as you can impale those with a dash attack, constantly slash away with the horn and even automatically defend against flying enemies. Others include a loud bell wielder, an acrobatic circus performer and a precise archer. As always, each ability has their own unique traits and for certain situations will allow the player to gain access to different parts of the world.

There’s a strong lineup of locations Kirby will visit, spanning six chapters, each with around five stages and a boss to be completed. Stages generally take five to ten minutes to get through, depending if the player wants to gather all the collectables scattered throughout the environment, and have enough diversity to keep things interesting. There’s a lot of variety in this fantasy world as Kirby will make his way through rounded hills, smoldering lava pits, frozen lands and even a magical castle. Additionally, what Triple Deluxe does astonishingly well is transitioning from different planes. Instead of taking place on a static 2D plane, Kirby is able to move through both the background and foreground via specifically placed markers. It’s these subtle details that give Triple Deluxe not only a special look, but a new sense of exploration. Lastly, the bosses at the end of each chapter are a complex puzzle to figure out. Not only do they have a large move set, but they will be modified after a certain amount of health is reduced. I do wish there were more bosses, though, as they reuse existing ones on a constant basis. 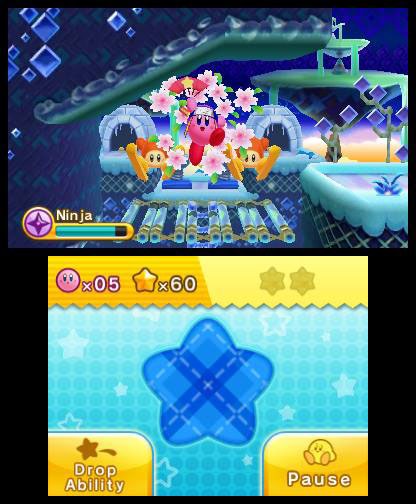 What is new is Hypernova, a feature that’s obtained through a miracle fruit generally found once per chapter. This puts Kirby into a turbo state in which he’s able to suck in anything – and I mean anything. There’s just something amusing seeing the small pink creature rip trees from their roots and even massive snakes from their hiding places. It would seem his stomach is just an endless abyss that can swallow anything. While this is an entertaining new feature, I do wish they would have done a little more with it. For the most part, each section where Hypernova is placed, the task is pretty straight forward with very little thought put behind it. Even when they’re trying to integrate in puzzles to find hidden treasure or facing mini-bosses, Kirby just ends up sucking something in and occasionally shooting something back at the enemy. It’s not as utilized as it could be as there’s just not enough variety.

Outside of the main campaign there are additional modes to keep your attention. For one, Kirby Fighters is a multiplayer focused brawler which places four different Kirbys in an arena, be it artificial intelligence of players, and has them battle it out Super Smash Bros. style. Each Kirby alteration chosen has their own copy ability, allowing for absolute chaos to ensue. Unfortunately, while this is a fun feature, it seems to lack online multiplayer. In its place, gamers are able to create groups to fight against players locally through Download Play. This is a huge disappointment considering how enjoyable and competitive this could be with online features. The second major mini-game centers around King Dedede who is placed in a rhythm mini-game where he needs to time his jumps and claps to the song playing in the background. This is an enjoyable distraction from all the battling that’s going on in either the campaign or the multiplayer. 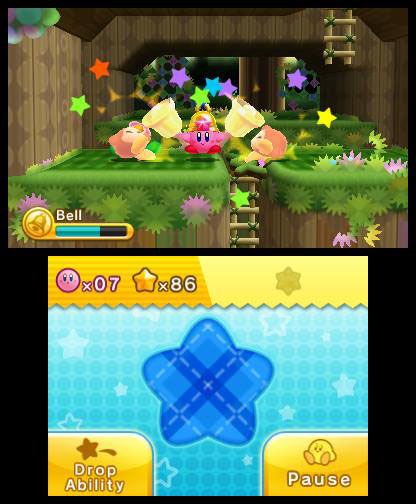 Kirby Triple Deluxe is one of the best handheld iterations in the beloved Nintendo franchise. It doesn’t over-rely on gimmicks and returns to the traditional roots of the series. It’s still as charming as ever, sporting a nostalgic soundtrack and a well-conceived campaign that progresses at a steady pace. While there’s a strange absence of online multiplayer in Kirby Fighters and the Hypernova feature feels somewhat underutilized, Triple Deluxe still ends up being an experience overflowing with delicious content to be gobbled up.