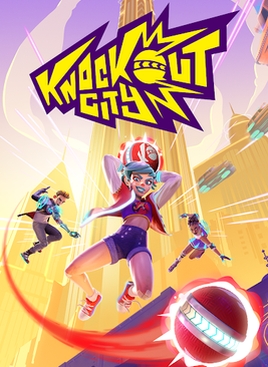 Knockout City was facing an uphill battle prior to its release. Its initial trailer from a few months ago apparently confused more than a few people, building up to the reveal with fake game characters in an interview format. Apparently, several people were hoping for a title featuring the likes of Princess Charm instead of the multiplayer dodgeball game that they got, especially since they also saw it as another multiplayer game trying to copy the more colorful and wackier style of Fortnite, creating negative feedback and low expectations in the process. Hopefully the current free trial has won some folks over and has ended the battle in Knockout City’s favor, because Velan Studios have indeed crafted one fine twist on a schoolyard classic here.

The first thing that might jump out at someone upon playing Knockout City for the first time is its style and aesthetics. As mentioned earlier, many have scoffed at it supposedly looking like a Fortnite knock-off, but it soon becomes clear this is its own unique being. What makes Knockout City stand out in particular is the somewhat retro-futurist angle it seems to be going for. More specifically, a lot of the game seems to evoke the more colorful aspects of the 1950s, with hovering hot rods, burger joints, classic neon, an emphasis on likes of greaser clothing and hairstyles such as pompadours in the character customization, and even a Wolfman Jack-esque announcer who broadcasts from a pirate radio station on the moon, while providing an impressive jazzy soundtrack that feels like remixed versions of classic tunes of the era.

It’s all colorful, fun and gleefully over-the-top while still feeling unique and mixing in a few modern touches as well, mainly with the numerous outfits and unlockable bits of customization in general, which use a different variety of different styles and fashions that all look amazing. Knockout City also doesn’t hold back when it comes to its cartoonish elements as well, like taunts and knockouts that manifest word balloons with dynamic fonts, or letting you choose the shape of a giant hologram that you create with an Ultimate attack. Have you ever dreamed of smothering your opponents with a giant whoopee cushion? Well, now you can! The only downside is that unless you want to rely on random drops each time you level up, you’re going to need Holobux in order to purchase cosmetics like these from the game’s store, as well as Style Chips to modify clothing, and there sadly doesn’t seem to be many ways of earning either at the moment. 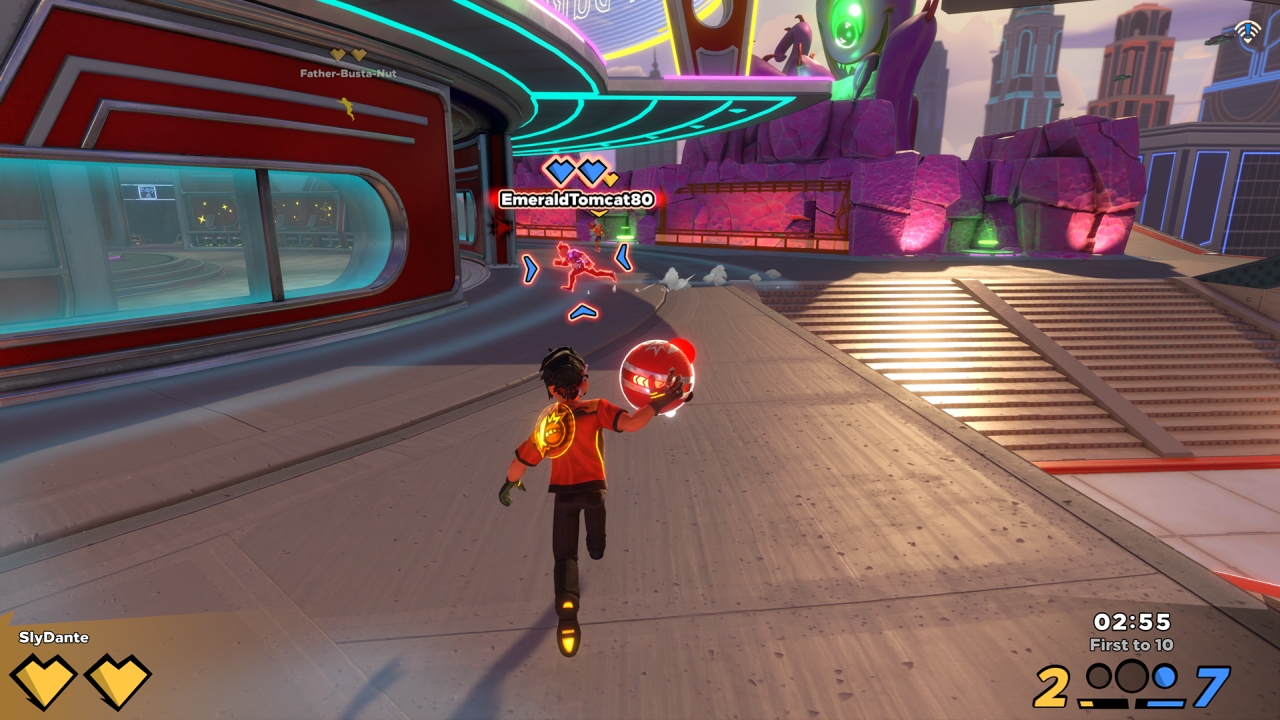 Still, all of that is surface-level stuff. How does the actual meat and potatoes, the dodgeball action, actually hold up? Pretty great, actually! Knockout City is yet again one of those games that really delivers in the area of “simple, yet genius.” Jumping into one of the modes — or playlists, as it calls them — has you scrambling around a themed arena with various quirks and hazards, flinging dodgeballs at rival players in order to knock them out. Sometimes it’s simple three-on-three combat, sometimes it’s a Diamond Dash where you have to collect diamonds from those you knock out, or sometimes it’s even just one-on-one battles. But in all cases, the basic controls are simple: Right trigger to throw, left trigger to catch, with additional dodging, gliding and passing. Easy-peasy, quick to figure out.

Mastering these skills, though, involves a lot more skill. To correctly nail an opponent, you basically need to lock onto them first, and potentially charge up your shot first so that it goes faster and makes the ball harder to catch. Players are alerted to what direction shots are about to come from during this time, however, meaning the longer the charge, the more time your opponent has to respond and catch the ball. And if they catch it at the right time, it instantly gains a bigger charge, allowing them to fling it right back at you or a teammate at a greater speed. And of course, you also have to contend with any of your foe’s teammates that can notice you and knock you out during your attack, and the fact that even if you do hit your target, the dodgeball is now right alongside them, meaning the other team can grab it.

The end result here is a fast-paced arcade-style action/sports hybrid that still has a heavy emphasis on strategy, encouraging players to learn advanced techniques, utilize skills such as fake throws or curved shots and lobs that can get around obstacles, and properly work with their teammates, even allowing you to create your own crew with up to thirty-two players. There’s also a group of special balls to utilize, with a random one chosen for each round. They’re a blast to try out, ranging from Moon Balls that can affect the gravity of you and anyone you hit, Sniper Balls that can only be thrown straight but are lightning-fast when fully charged, and good old-fashioned Multiball, for a little pinball mayhem. Players can even become the ball with a single push, rolling up and allowing teammates to hurl you at rivals (which can backfire if they catch you, or charge you up for an airborne Ultimate attack. 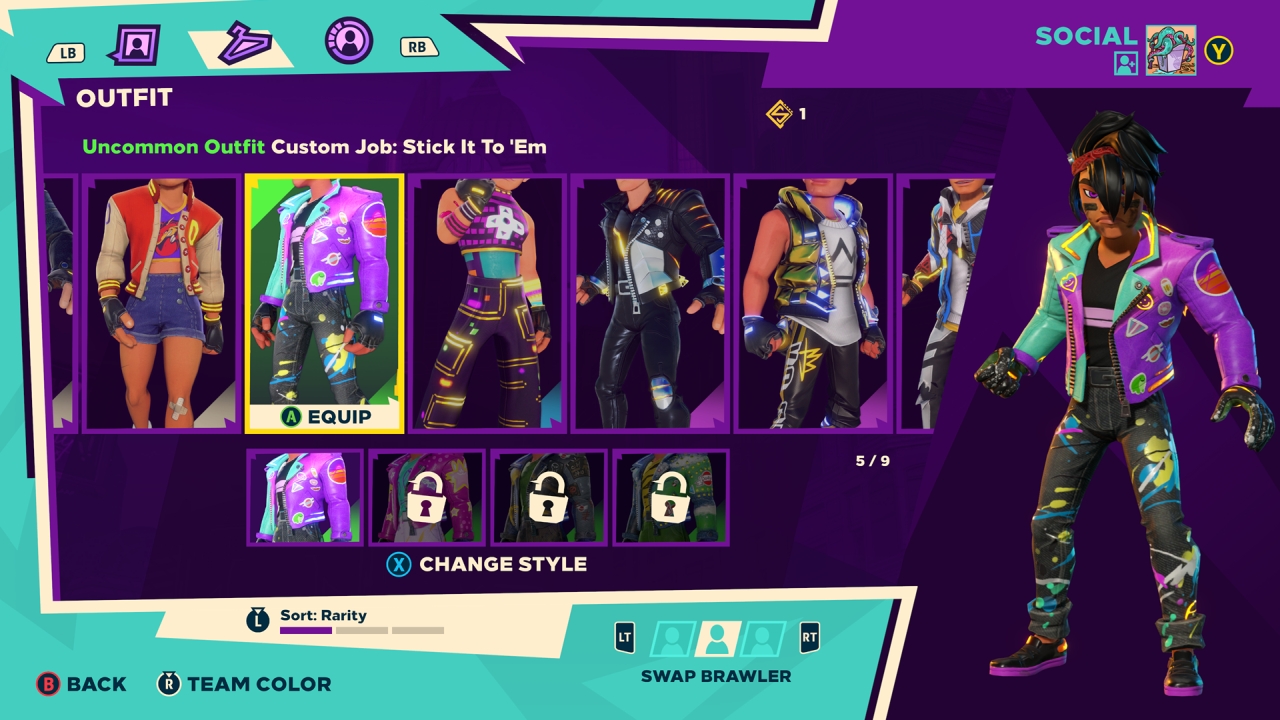 The stages you also fight in are also well-designed, with obstacles like moving cars and platforms, wrecking balls, air currents, and more. It’s all nicely set up so that there are multiple bits of cover to utilize and vantage points to scope enemies out from, and they’re all wide enough to allow for a variety of maneuvers, as well as making sure several impressive details are showcased in each one. There’s not much else to say, honestly. It’s a unique world that looks gorgeous and allows for a simple yet immensely fun and action-packed game to take place in it. Make a drop of lore or two could add even more, I suppose?

Indeed, being a multiplayer game in its infancy, Knockout City does suffer from a relatively small amount of content at the moment, having launched with only five maps, five special balls and four playlists. Thankfully, there are plans to increase those numbers and add mid-season events over time, (with Season 1 now live, adding a fun train station map and a playlist that has players battling it out with only their human ball forms), and hopefully we’ll see steady stream of new twists. Hopefully this also means improving the menus and interface in certain areas, such as having to go back to your main hub/hideout just to go back into the menus in order to switch to a different playlist.

More importantly, though, there’s also the manner of balancing a few aspects. For one, the Cage Ball feels too cheap, with many players opting to not fling captured opponents back at their teammates, instead throwing them into a pit for an easy one-shot kill, which can be easy for certain arenas. Certain players also seem fond of repeatedly using the dodge to repeatedly tackle opponents to stun them over and over to prevent them from ever gaining a hold of a ball if possible, or also using it to, again, knock them off the edge. Maybe the problem is facing off against more aggressive and annoying teams, but still, probably best to consider a little fine-tuning. 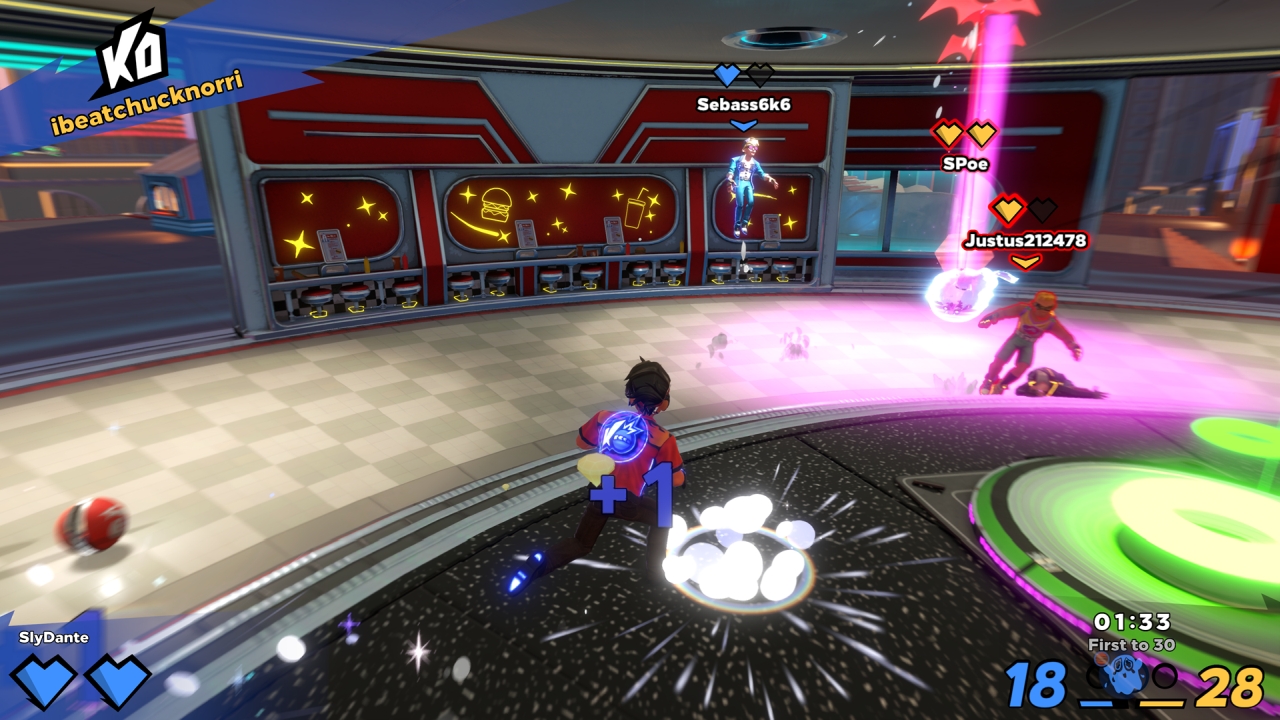 Knockout City is easily one of the most pleasant surprises so far this year, managing to turn a game of dodgeball into an addictive and high-octane multiplayer brawl with a unique Zeerust twist in its aesthetics and silky smooth gameplay that anyone can get into. Hopefully it still ends up being a success after the current trial period, because it would be amazing to see just how massive and fun of a city Velan Studios can eventually make.