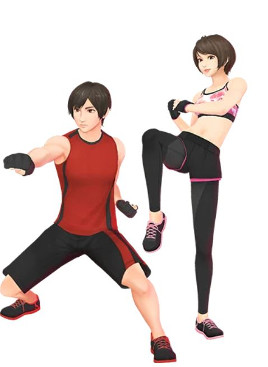 One of the unfortunate realities about being a gamer is that spending a lot of time playing video games can contribute to obesity. Most of us have to deal with working jobs or attending school, so getting in six hours of a gaming a day doesn’t leave a whole lot of time for exercise. There have been a few attempts at combining physical fitness and video games with varying degrees of success, but the tricky part is creating something that is enjoyable that also amps up the exercise intensity enough where there’s some actual benefit. Knockout Home Fitness is the latest contender in the world of exertainment and we’re going to see if it’s worth getting off the couch.

Knockout Home Fitness is an exercise game that has the player punching and kicking to a metronome. It’s similar to those old Tae Bo videos, in fact the similarity is so obvious I’ve begun referring to the game as Nintaebo, much to the dismay of everyone I talk to. The premise is basic: the player completes a series of workouts that are based on boxing, Muay Thai, karate and kung fu to get in a quick cardio workout.

There are a few different personal trainers that the player can work with. Two are available to start out but a couple more can be unlocked over time. Aside from the voices and appearance there doesn’t seem to be a huge different in what each trainer does. They simply guide the player through the exercise routine and offer canned encouragement. There are also a few different studios to unlock which again just change the background. 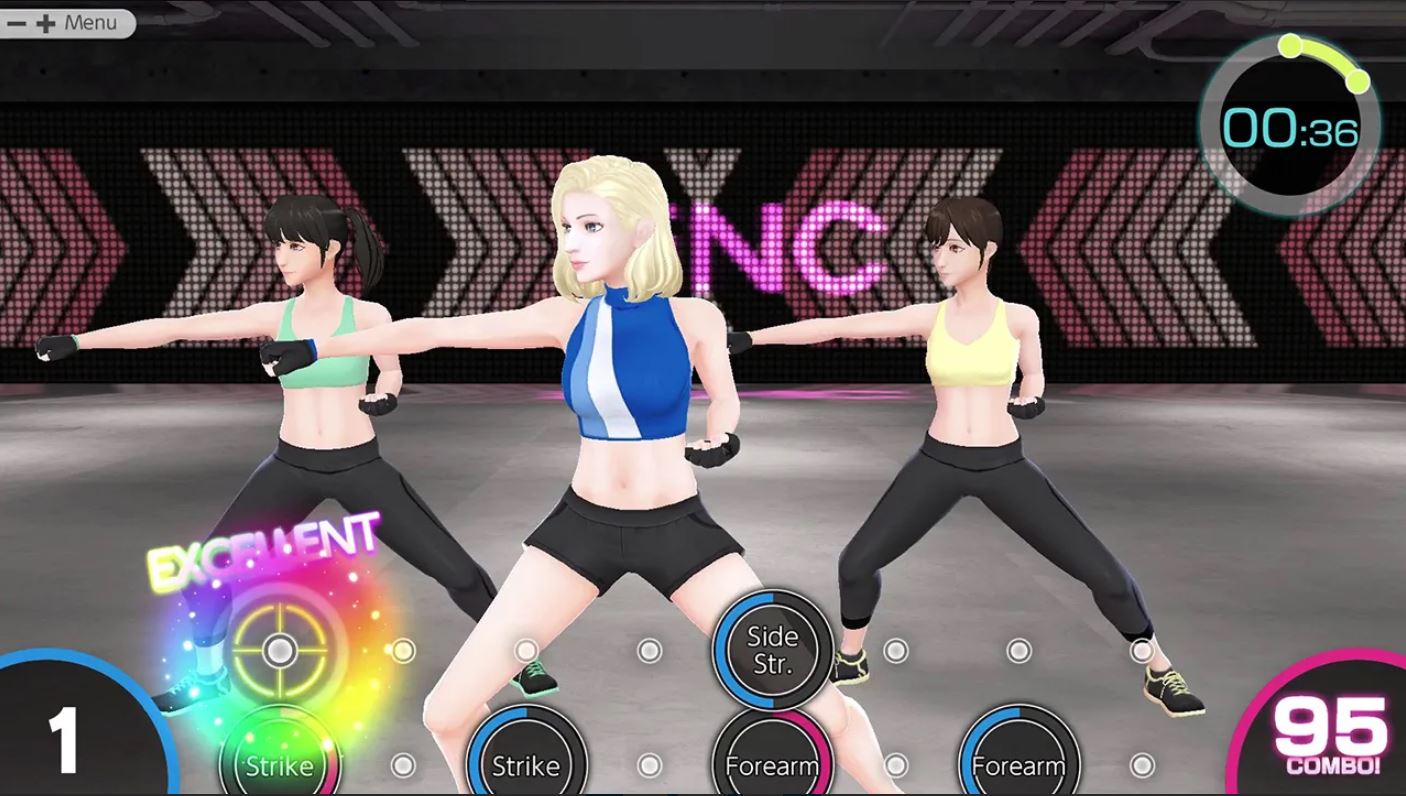 The exercise routines consist of a series of punches, kicks, blocks, lunges, squats and a few other moves. The exact composition of each move varies from program to program is affected by the target goals. The three settings for training goals are strengthening, weight loss or stay active. Personal goals can be further adjusted be selecting to target full body, upper body, abs or lower body. Depending on what other exercise program is being used would dictate which settings are most beneficial. Regardless of what goals are selected, the game is played by throwing punches while holding the Joy-Cons in time with the trainer.

Once a day the player can do a personal training session with one of the trainers. This is a unique series of exercises that can be selected to be roughly ten, twenty or thirty minutes in length through a series of three to five minute long routines. The personal training segment can only be done once a day but the player can select a single three to five minute routine as many times as they like. 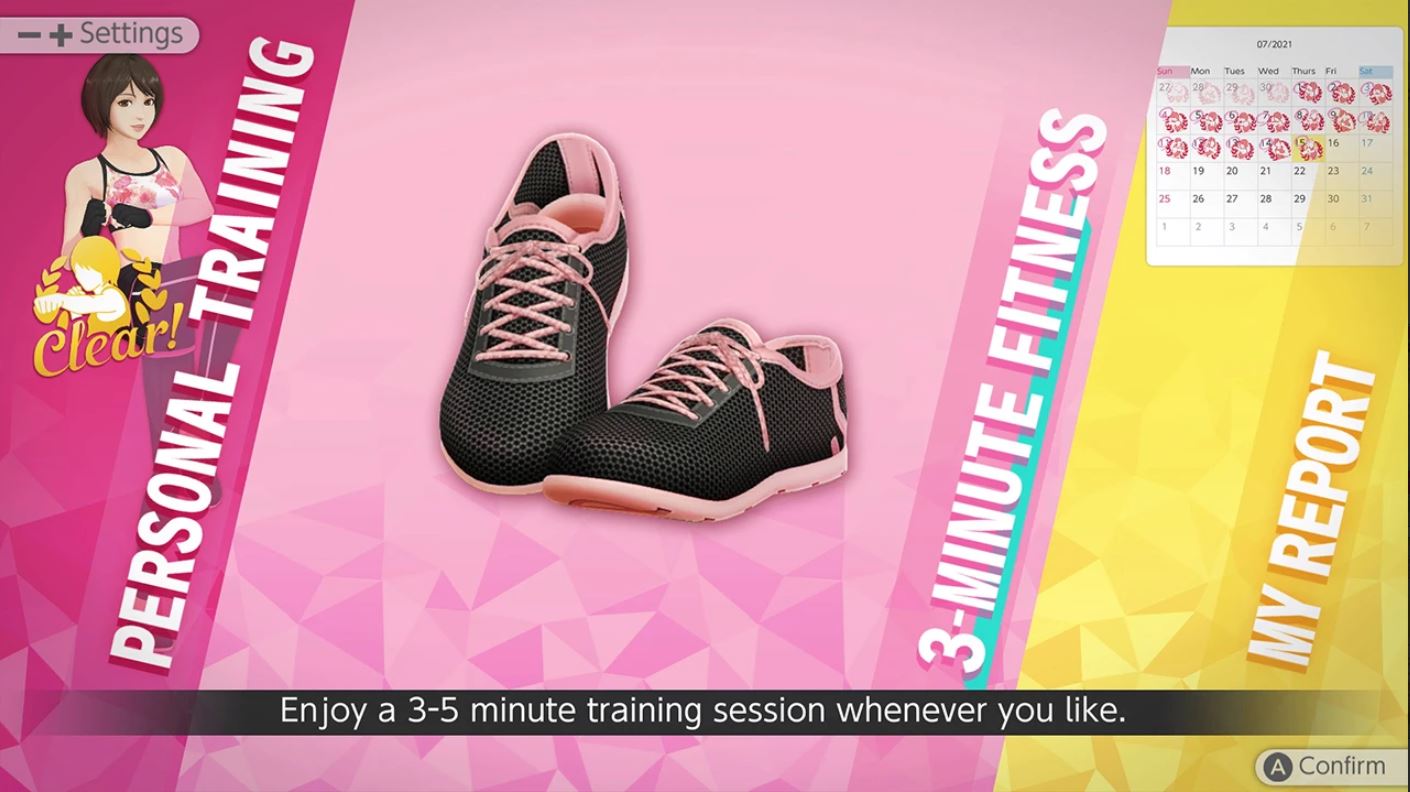 Video games and fitness have had an inconsistent history of combining exercise and entertainment, but Knockout Home Fitness is one of the better executions of this idea. The workouts are intense enough where the player can work up a light sweat and get the heart rate going, which can result in releasing those wonderful post workout endorphins. Some of the moves, like the knee strike, can take a few tries to figure out how exactly the player needs to move to get it registered, but for the most part knowing when to strike to get the Excellent rating isn’t too difficult. The variety of each routine helps to keep things from getting too stale, while the brevity of each session is just long enough to keep the user engaged without being so long it becomes tedious. The personal training sessions do get progressively more difficult so it eases the player into more intense exercise. It also tracks burned calories, which entering one’s height and weight factors into that calculation.

There aren’t tutorials to how to do the moves, at least as far as getting into the finer points of body mechanics. The trainers do the moves with the players so mimicking their actions is usually enough to get the Joy-Con to register the action and rate your timing. This shouldn’t have to be said, but since we live in an age where even the obvious needs to be spelled out, Knockout Home Fitness does not teach the user how to fight. If you have training in boxing or martial arts it’s recommended to practice proper form for punches and kicks as Knockout Home Fitness could assist with building speed and endurance, but won’t provide any guidance on things like proper footwork in relation to punching. 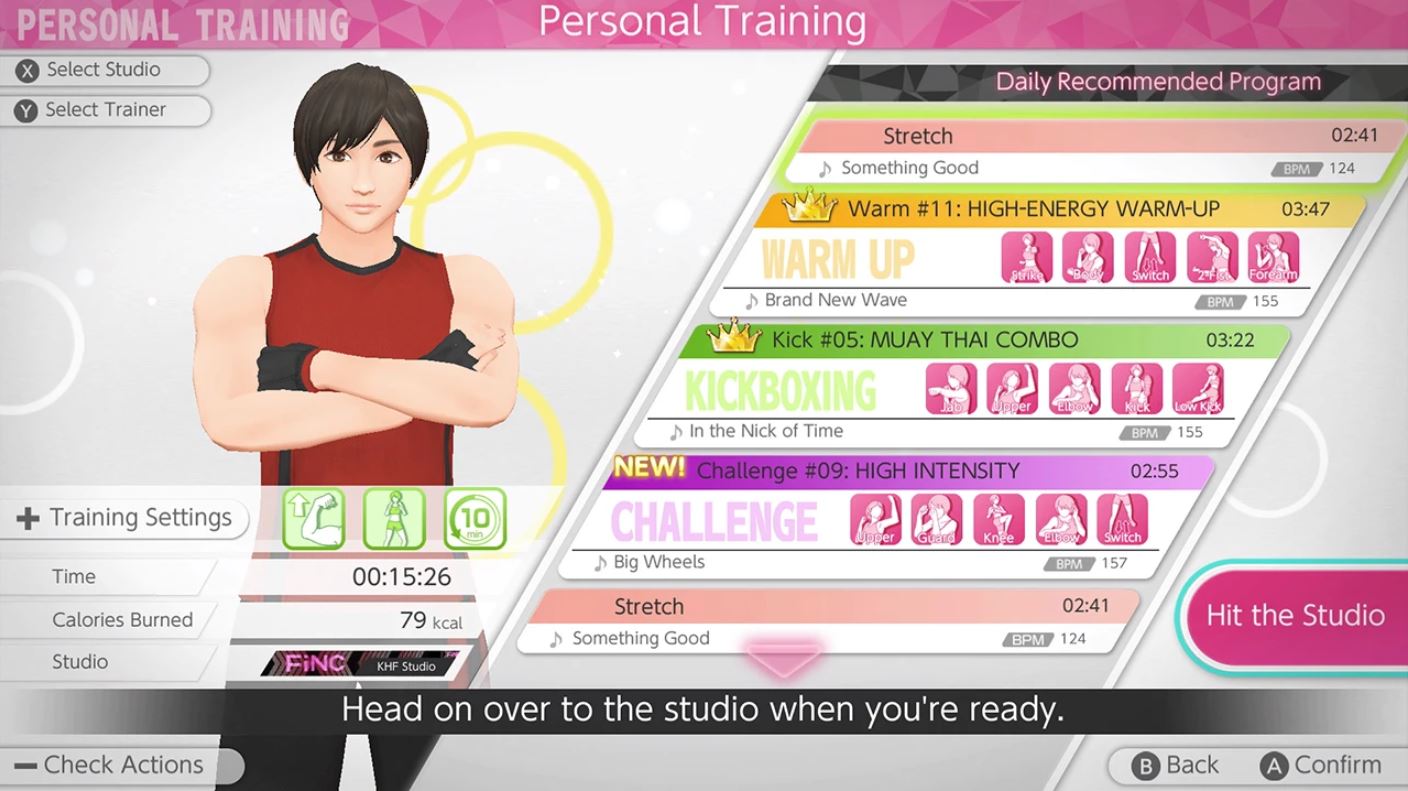 Knockout Home Fitness is one of the more enjoyable exercise games in existence. It doesn’t require much in terms of set up or prior training, just enter some user information and start punching those calories away. Realistically Knockout Home Fitness isn’t going to get any of its players ripped, but it’s a fun way to get in a cardio workout. It’s low impact enough where it can be used daily to get some exercise in, or for people who view cardio as a necessary evil it can be something used three times a week to meet that requirement.