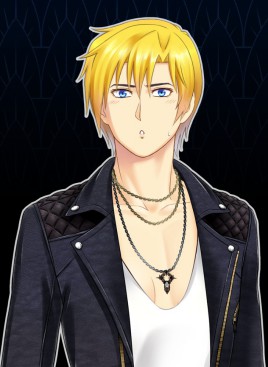 Ladykiller in a Bind

When it comes to visual novels, fans are accustomed to depictions of romance, sex and drama surrounding high school seniors. In many ways, that’s what the genre is best known for despite some titles being the antithesis of these stereotypes. Ladykiller in a Bind could easily be described with those three key terms. It’s something completely unlike any other visual novel out there, however, thanks to how it presents its story and characters. Instead of feeling tame — or sleazy — it takes a much more modern approach to interpersonal relationships. Instead of painting their protagonist as a nondescript chick/dude magnet, they’re an actual character with their own weird mix of motivations.

Ladykiller in a Bind takes place aboard a cruise ship filled with a bunch of asshole teenagers. The  week-long cruise is meant to commemorate the end of high school. It also turns out to be a great way for teens to engage in all sorts of raucous behavior – fighting among themselves, drinking freely, and sleeping with whoever they choose. Then there’s a matter of our protagonist, The Hero. For reasons unknown at the start of the game, she has been forced to take this cruise in her twin brother’s stead. She must impersonate every facet of her brother in order to fool his classmates throughout the duration of the trip. Fortunately, when dressed up in a suit the two are effectively identical. In another incredibly fortuitous twist, The Brother apparently has no personality trait other than “total flirtatious jerk.” That, and the fact that these classmates aren’t particularly discerning people.

That’s not to say your little undercover assignment will go as planned. Right at the start of the cruise there’s another wrench thrown in for good measure. A popularity contest is also instituted, wherein the person with the most votes by the end of the trip will win five million bucks. Some don’t believe it in the least, while others fight doggedly to gain votes from their peers. As if there wasn’t enough manipulation going on between this cast already! Winning the contest wasn’t in The Hero’s plans (they didn’t even know about it), but players can opt to try and accrue votes as well. Why can’t she simply tell the truth about her brother’s weird machinations? You see, given his total POS attitude, everyone absolutely detests him. If they found out his sister was on board… well, bad things might happen to her. 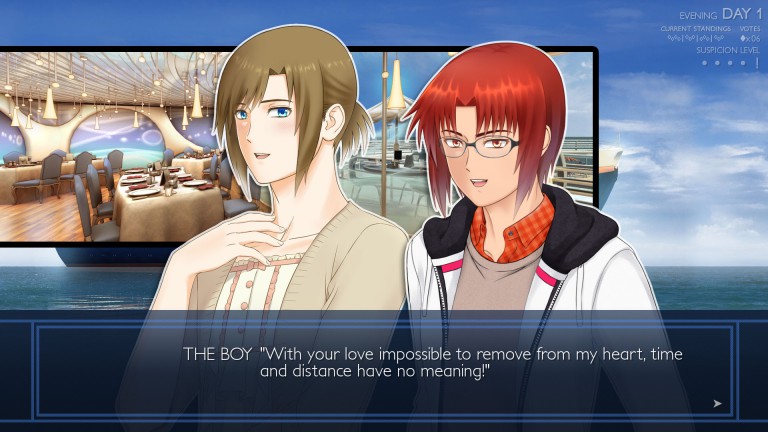 Gameplay revolves around the key concepts of suspicion-raising and vote-gathering. Ladykiller in a Bind meshes these concepts into the traditional visual novel formula with ease. It breaks down genre concepts in such a way that makes the game much easier to complete than its contemporaries. Each day, players get presented with choices of which scene to interact with next. These scenes are clearly numbered and show which characters are involved. Rather than guessing as to how to get on your favorite character’s route, you’re given a clearer view of how to get who you want. Once in a scene, you’re often given the chance to make dialogue or action choices. Unlike traditional visual novels, choices are not required nor fixed.

If you don’t like the choices that come out then it’s a viable option to keep quiet and hope something better comes up later. Too much indecision comes at a cost. Without making some choices then you’ll end scenes and potential for continuing a certain route. Making dialogue choices which don’t fit your brother’s persona causes another problem. By doing so, you cause characters to become suspicious. Racking up too much suspicion means The Hero’s cover gets blown. Dialogue choices that raise suspicion are marked, however, so players never end up outing themselves by mistake. There’s also a character who can completely clear your suspicion at the end of the day. 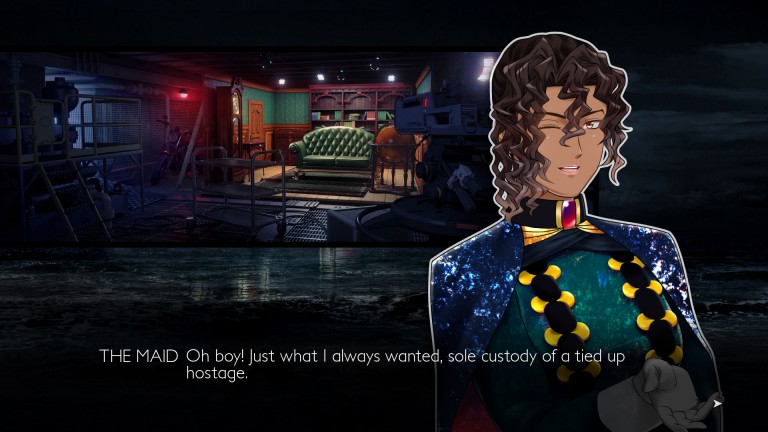 If there’s one aspect that makes Ladykiller in a Bind shine, it is the incredibly diverse personalities at play. This group seems far more unique and colorful than my own memories of teenagedom. Not only are they far more boisterous (and often ridiculous), they’re also a lot more nuanced when it comes to matters of sex and gender. Although sex may not be a driving factor in their lives, it appears very carefully negotiated between everyone – ensuring nothing non-consensual occurs. It’s important to note that the leading reason Ladykiller in a Bind is not on Steam is due to that distributor’s long stance against “too much” sexual content in games, whatever that means. With that said, the sex sequences here are sexiest due to their text descriptions. The artwork itself is in line with other games currently for sale on Steam.

That’s not to say the art isn’t good. It absolutely is. Throughout the game we’re treated to all manner of attractive character sprites and detailed backdrops. Of course, CG scenes depicting romantic moments between the cast are also of high quality. The same holds true for the soundtrack. In a weird way, the music feels evocative of traditional dating sims before evolving in its own ways. There’s no voice acting in Ladykiller in a Bind, but that’s not a detriment given oftentimes indie titles have trouble securing great voice work. A few tracks might grow a little annoying by the time you’ve completed the game, though. For most it will take around three to five hours to beat one route. Completing the game entirely provides around ten to twenty hours of gameplay, depending on your reading speed. 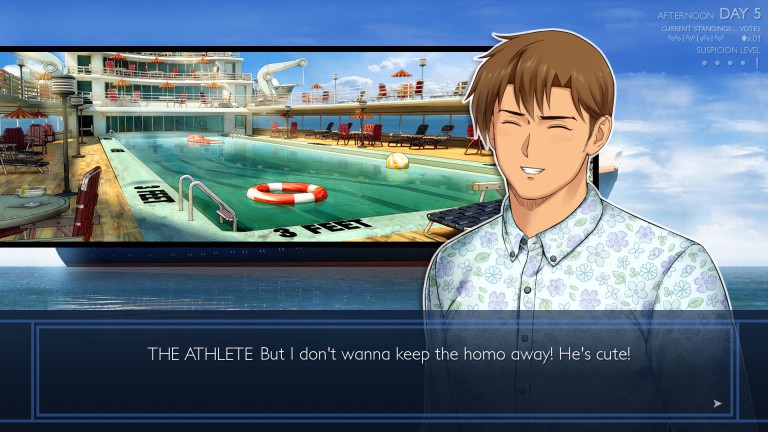 The greatest pleasure of Ladykiller in a Bind is interacting with an incredible cast of characters. Trying out all the dialogue choices in order to see different, often overblown, reactions is just fun. From a ridiculous setup to awkward cast of teens, nothing about the game feels grounded in reality. That’s what allows players to truly jump into the world unrestricted from traditional hangups. It’s a safe way to explore and enjoy making choices many would never be comfortable with in reality. It would be fantastic if the game were longer with more routes, but there’s still a ton of unique charm packed into the experience.