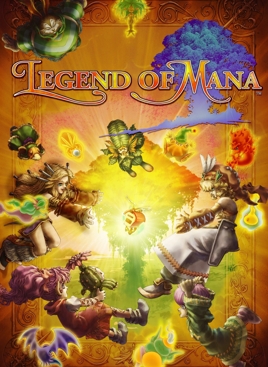 The Mana series got its start on the original Game Boy before going on to spawn two sequels on the SNES and finally the first entry on PlayStation. Legend of Mana was different from the titles that came before it, but carried fully intact the charm and love of the originals while mixing up a lot of narrative elements and adding some new combat capabilities. Now we’ve been given the chance to revisit this classic title, so how well does it stand the test of time?

The story of Legend of Mana follows the chosen hero who is carrying out their duty to restore the world after the Mana tree had burnt down long ago. The hero is gifted with artifacts throughout their journey which in turn add more mana and restore people to the world they once lived in alongside many villages and other locales. One of the most unique aspects of this entry in the Mana series is the story is not so much a linear sequence of events, but rather a branching path with multiple stories that collide together along the way. The hero on their journey meets many unique people in need of help, and depending on the outcome will allow them to further restore the world along the way. While at first it may seem like these stories are rather disjointed and simply side quests, they are the meat of what builds into the story the hero will venture through along the way.

Starting out is a unique and odd experience, as players are sat down to choose a position on a map they wish to begin their journey. This selection will be their entire world as they build it up, but there isn’t too much cause for concern on picking a best place. From there the first artifact is given to them and placed anywhere on the map which creates the hero’s home. As the hero interacts with other characters they will be given more artifacts which act as new places to visit. The only important element is that artifacts must be touching another existing location so the hero can freely travel back and fourth between them. In order to get more the hero will need to help other characters in order to build up their world. Each artifact also has its own elemental spirits attached to it and will affect the land around it. This is important as areas that gain certain amounts of elemental mana types will actually change over time, but they cannot be moved, making for a lot of experimentation on multiple playthroughs to figure out what will be beneficial for progress. 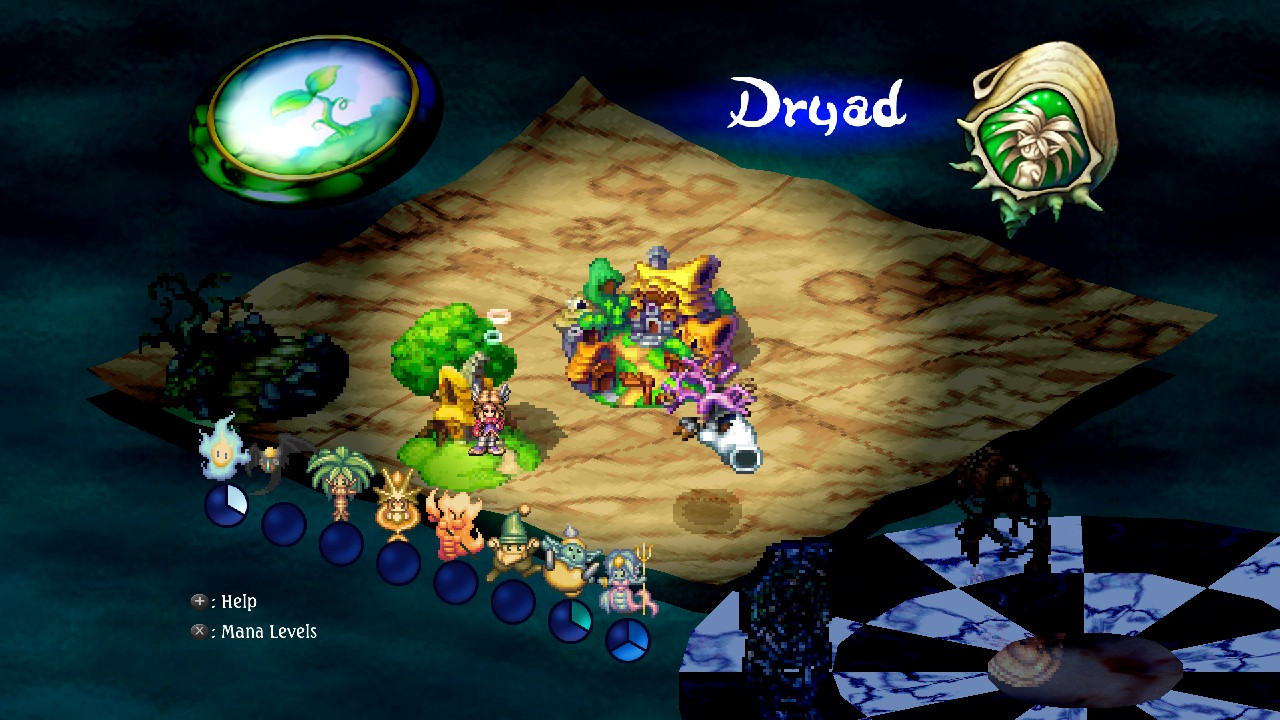 One of the biggest appealing factors of Legend of Mana is the trial and error nature of it. On a first time through players are likely to miss things and get different story outcomes depending on the options they make, which in turn encourages replay to experience different things that can be uncovered or approach situations differently to see what the outcome is. There’s no wrong path in Legend of Mana, just many options that pull the story in different directions. Maybe players stick around with the rabbit-man in the starting village and help him, or abandon him for another quest they stumble across to see where that story leads them. That’s the joy of experimentation and what makes it so much fun to play through time and time again. This can also be a weak link for new players as some things aren’t explicitly explained on how they function, but there are useful tutorials in the menus that will help run down a lot of things for anyone confused and looking to understand how combat, map placement and other elements work together. There’s even a new option to turn off enemy encounters for those who just want to hurry to the end of the area they’re at instead of fighting every one along the way.

The combat is most similar to the original Trials of Mana for the SNES, wherein players run into enemies and begin a combat scenario against the surrounding monsters. From the very beginning players will select one of many weapons, but can purchase others later along their journey. As they continue to use their chosen weapon they will gain more skills and abilities, some of which rely on certain combinations to be unlocked which creates a nice sense of creativity when one is unlocked. When the hero teams up with another NPC they’re able to fight alongside one another and even allow another local player to jump in for co-op. Like most Mana entries, the boss fights tend to be the true highlights when it comes to combat and only main challenge players will have in their path along the way. The difficulty is well balanced and easy to grind for those feeling underleveled at any point during their journey. 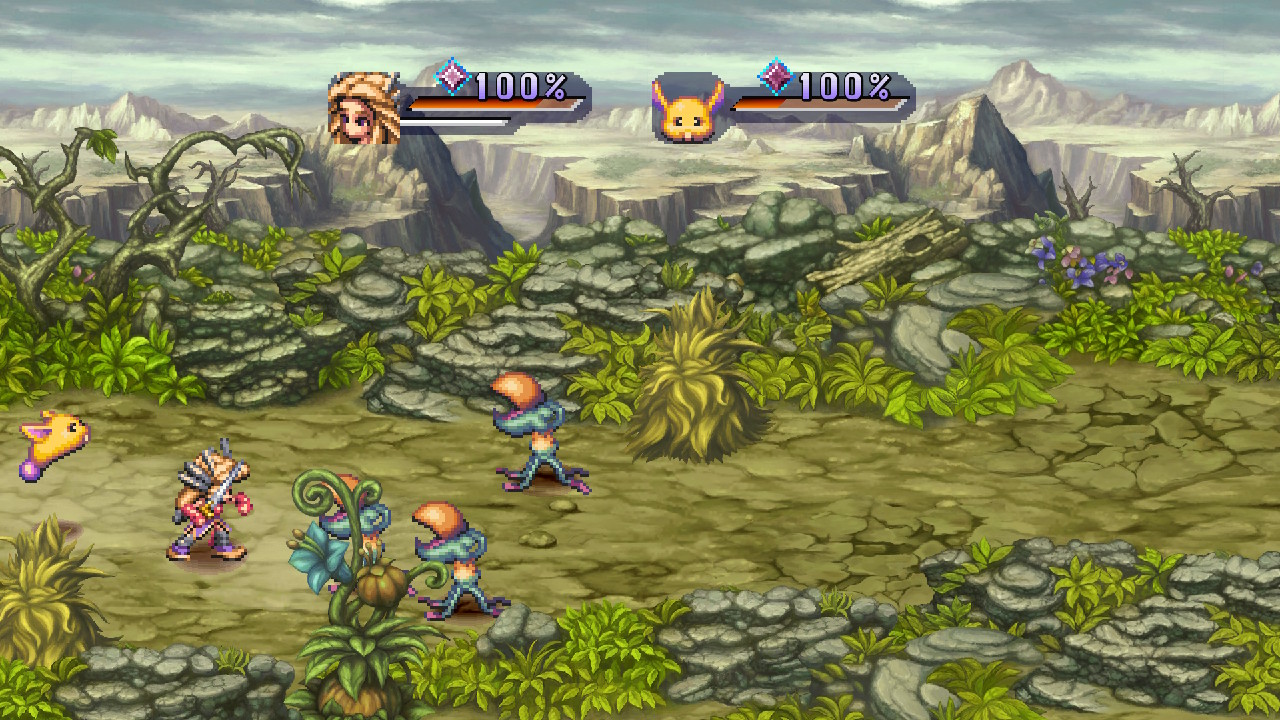 Although for the most part this is a straight HD port, there are great new additions that have made their way for people to try out. The biggest and most notable is the inclusion of Ring Ring Land minigame. This allows the hero to send out any monsters they’ve hatched on an adventure all by themselves. From the main menu this little minigame can be played at any time once a monster companion is sent out. It’s simple and straightforward, allowing the monster to travel around a board with simulated dice rolls. Every time it stops it must engage in a fight which determines the winner by yet another dice roll. If the monster is able to successfully win it may gain experience or items and continue on its journey. Reaching the end allows it to return home with all the goods its collected in addition to having gotten stronger as well. While not necessary by any means to enjoy the story or combat, it is a nice way to implement an aspect of Legend of Mana that was only available in Japan originally via Sony’s Pocketstation device.

The visuals in the original were able to stand the test of time by including wonderful charming backgrounds that look straight out of a painting with adorable sprite character models that helped them pop in the beautiful world. This still holds true in this remastered HD visualization, with the only main difference being how much more crisp and detailed everything seems now. Every single song has also been remastered and it’s a joy to listen to. For anyone unfamiliar or those itching to listen to the original, it can be easily switched back and fourth through the menu at any time, but it’s masterful work that’s been done to make the world feel just as charming, and often dangerous, as it once was. It’s a shame that there’s no option for online multiplayer, but given that even local co-op is dependent on when the hero has an ally, it’s fine by itself as a local exclusive experience. 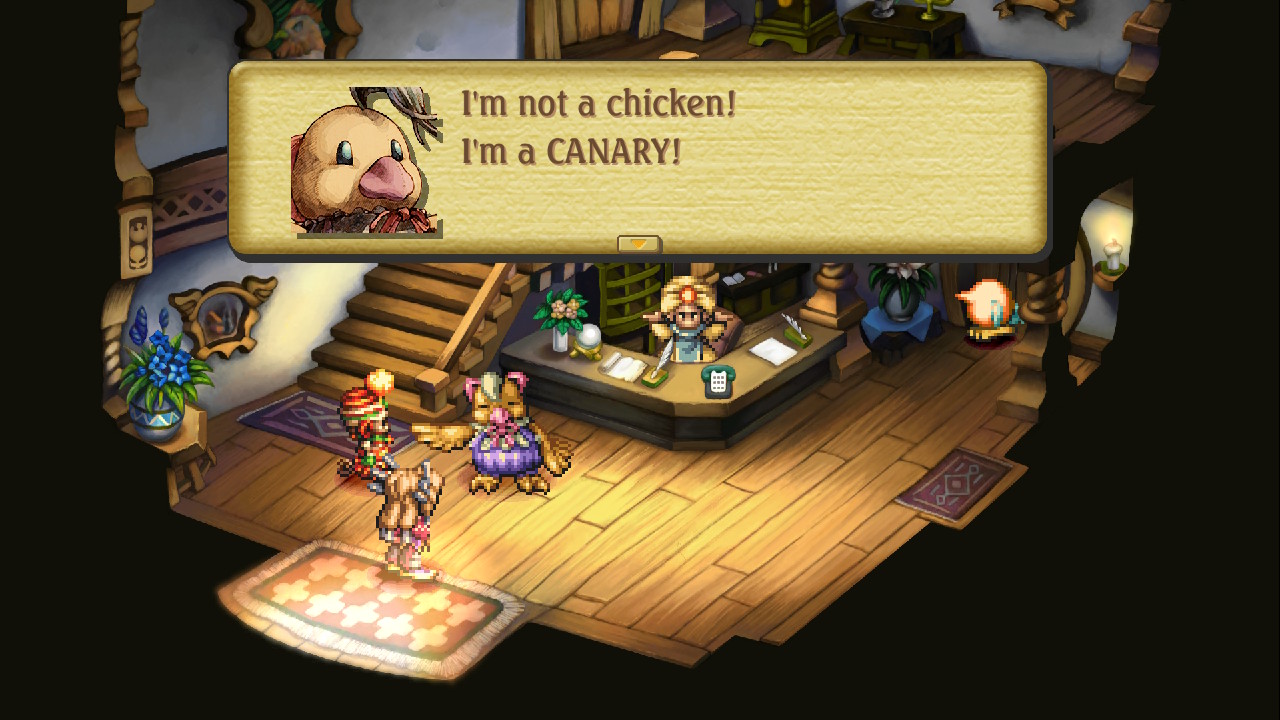 Legend of Mana was already a fantastic experience when it first released, and this brand new HD release has helped make it all the more endearing. While the unique story structure can make it confusing to approach at first, the brilliant, funny and charming writing cannot be denied. The combat is still enjoyable even as simple as it may seem, and although it’s a shame online multiplayer is not an option, it doesn’t take away from what can be an enjoyable single player experience or one enjoyed with a friend along the way. This title is a must-get for fans of the Mana series or those just looking to try out the short but sweet open-ended adventure that is Legend of Mana.