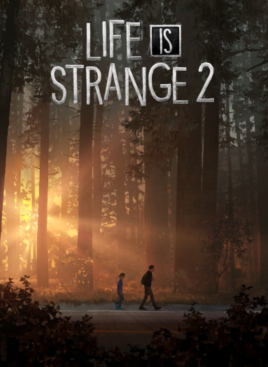 Sean Diaz’s entire story arc in Life Is Strange 2 has revolved around his desire to teach his younger brother, Daniel, how to control his powers and ensure they make it to Puerto Lobos, Mexico. Players have watched the two ‘wolf brothers’ fend for themselves in Episode 1: Roads to Sean enforcing his big brother status on Daniel in Episode 2: Rules and causing early signs of friction in their fragile relationship. Episode 3: Wastelands set up a climactic ending that left the fate of different characters, depending on the choices made, left hanging in the balance. For Sean, though, it was a sign that Daniel had broken free of the ‘rules’ that had been placed over his powers and felt the full brunt of them at the cost of losing his eye. Episode 4: Faith is all about Sean, whose entire plan of action from the opener is on the verge of collapsing. Dontnod Entertainment perfectly shifts the complete focus onto Sean and his sole desire of reuniting with Daniel, with players treated to a rollercoaster ride of emotions that pulls at the heartstrings.

Episode 4: Faith wastes no time in picking up straight after the events of Episode 3: Wastelands and Sean awakening in a hospital in Northern California. Considering the emphasis that Dontnod placed on the wolf theme, Sean feels like a cornered animal and is desperate to find Daniel at all costs. Players are shown the consequences of choices made in Episode 1: Roads and Episode 2: Rules through the letters that Sean has received from different characters, ranging from Cassidy to Chris Eriksen. There’s also an enjoyable segment with new character Joey, who works at the hospital and strikes up a meaningful friendship with Sean. While they only have a brief interaction, their relationship feels believable in the two-month time frame between the third episode and the fourth episode. Dontnod constructs a fun segment of Sean busting out of the hospital and the different choices that can be taken to escape from the room. Depending on a player’s choices, Sean could have the opportunity to interact with Finn and watch them share a heartfelt exchange. For Finn, it perfectly encapsulates his relationship with Sean and Daniel and provides a fitting conclusion to his story arc.

Dontnod doesn’t hold back in telling a hard-hitting story for Sean, both physically and mentally affecting him, as he attempts to track down Daniel in Haven Point. The French developer wasn’t afraid to touch on President Donald Trump’s controversial wall across the Mexico-U.S. border, both Diaz brothers being confronted with hostile racism and Cassidy’s backstory of racial tensions in her family. While the theme of racism varied in all of the aforementioned examples — some were directly central to segments of the story — Dontnod returns to it and handles it well with Sean’s confrontation of a racist character, Chad. It’s unsettling for players to watch — and experience — Chad show off his xenophobia in full effect by physically and verbally assaulting Sean. Of course, the developer allows players to stand up for Sean through different choices, but each of Chad’s attacks makes his obsession to humiliate him even stronger. Chad mocks Sean by trying to make him “share his language,” say different phrases in Español and sing a song. Sean’s voice actor, Gonzalo Martin, perfectly captures his feelings after the segment and also delivers a stunning performance throughout Episode 4: Faith. 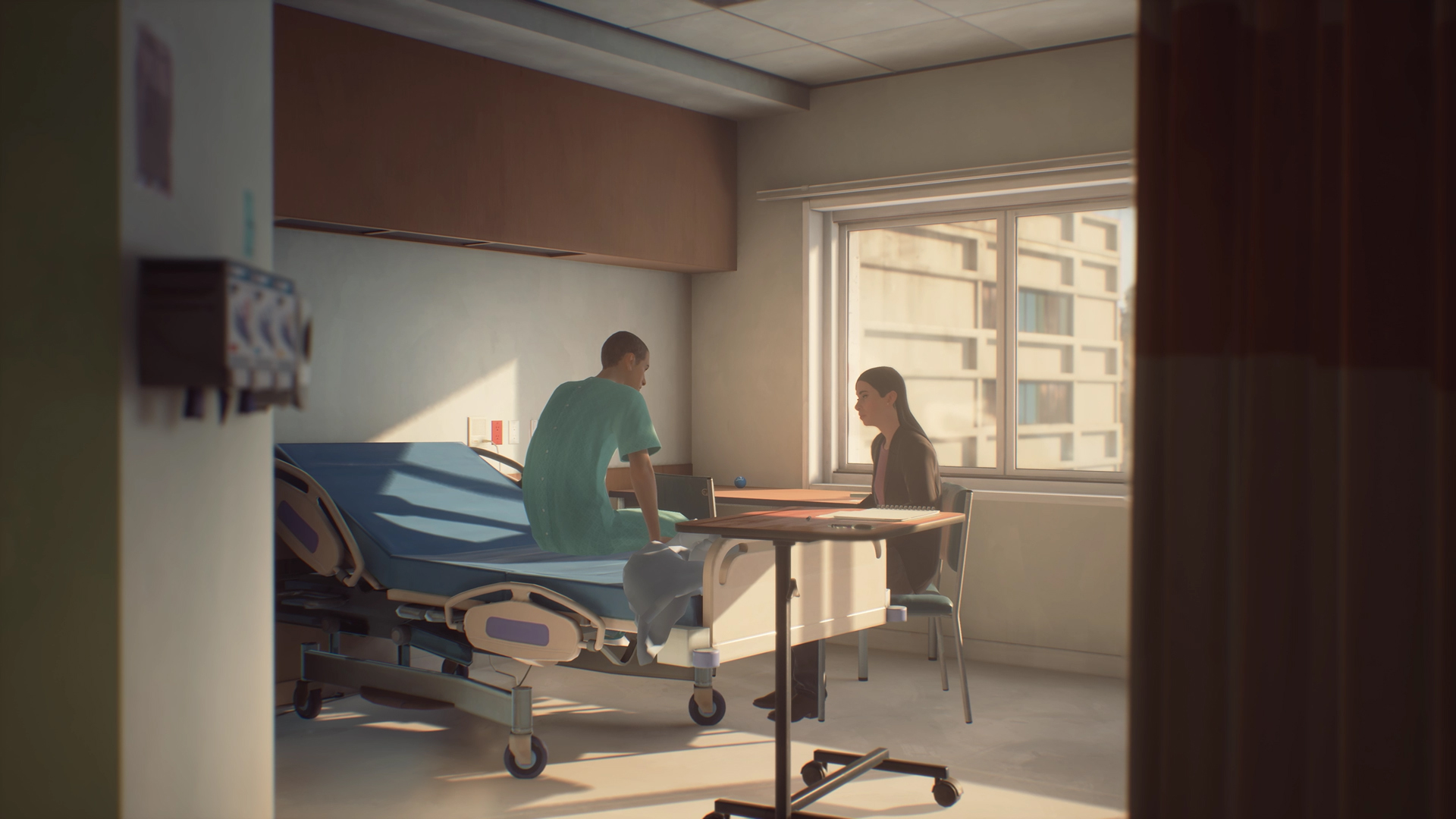 Just like racism, Dontnod continues to intertwine other themes in Episode 4: Faith and places a heavy focus on the role of religion and LGBT representation. Episode 3: Wastelands fully embraced the option for Sean to have an intimate relationship with either Cassidy or Finn, but the penultimate episode respectfully tackles how a character’s homosexuality opposes the idea of their parents’ religious values. It culminates in a meaningful backstory for one character and tackles the issue of acceptance head-on, continuing to push the boundaries in gaming and spotlighting an important topic for many people. Religion takes up a core theme for the second act of the episode and it’s handled well through the different characters, especially Reverend Mother Lisbeth Fischer. Dontnod has placed Fischer, much like Merrill, as the chief antagonist for the episode and dabbles into the idea of indoctrinating and building a cult. Jacob, who featured in Episode 3: Wastelands, returns for the episode and becomes an important side character along with his ill sister, Sarah. Fischer shows shades of Mother Teresa and exemplifies a full belief in the power of healing through religion over medical science, with her refusing to allow Sarah to see a doctor. Dontnod showed it was more than capable of dabbling in such themes effectively in the first Life Is Strange, but it’s handling of racism and homosexuality in Life Is Strange 2 has been superb.

Episode 4: Faith might feel like it’s a shorter experience compared to the previous three episodes, but it feels the most balanced in terms of its pacing. There’s barely any filler content in the episode and the focus on Sean makes it a compelling narrative from start to finish. Dontnod continues to utilize Life Is Strange 2’s excellent soundtrack during important segments to create a more atmospheric experience. Just when it seemed that the entire storyline surrounding Sean and Daniel’s mother, Karen Reynolds, could have slipped out of the picture, it’s superbly woven into the story ahead of the finale. Players can share meaningful moments with Karen while learning more about the reasons that she left the Diaz family in the first place. While her reasons for leaving feel a little bit lackluster, her integration into the story feels natural and helps ensure that Life Is Strange 2 doesn’t leave any loose ends untied. Episode 4: Faith avoids the need for a cliffhanger ending and sets up a climactic finale in its place, which leaves players with a well-deserved conclusion to Sean’s painfully agonizing road to finding Daniel. 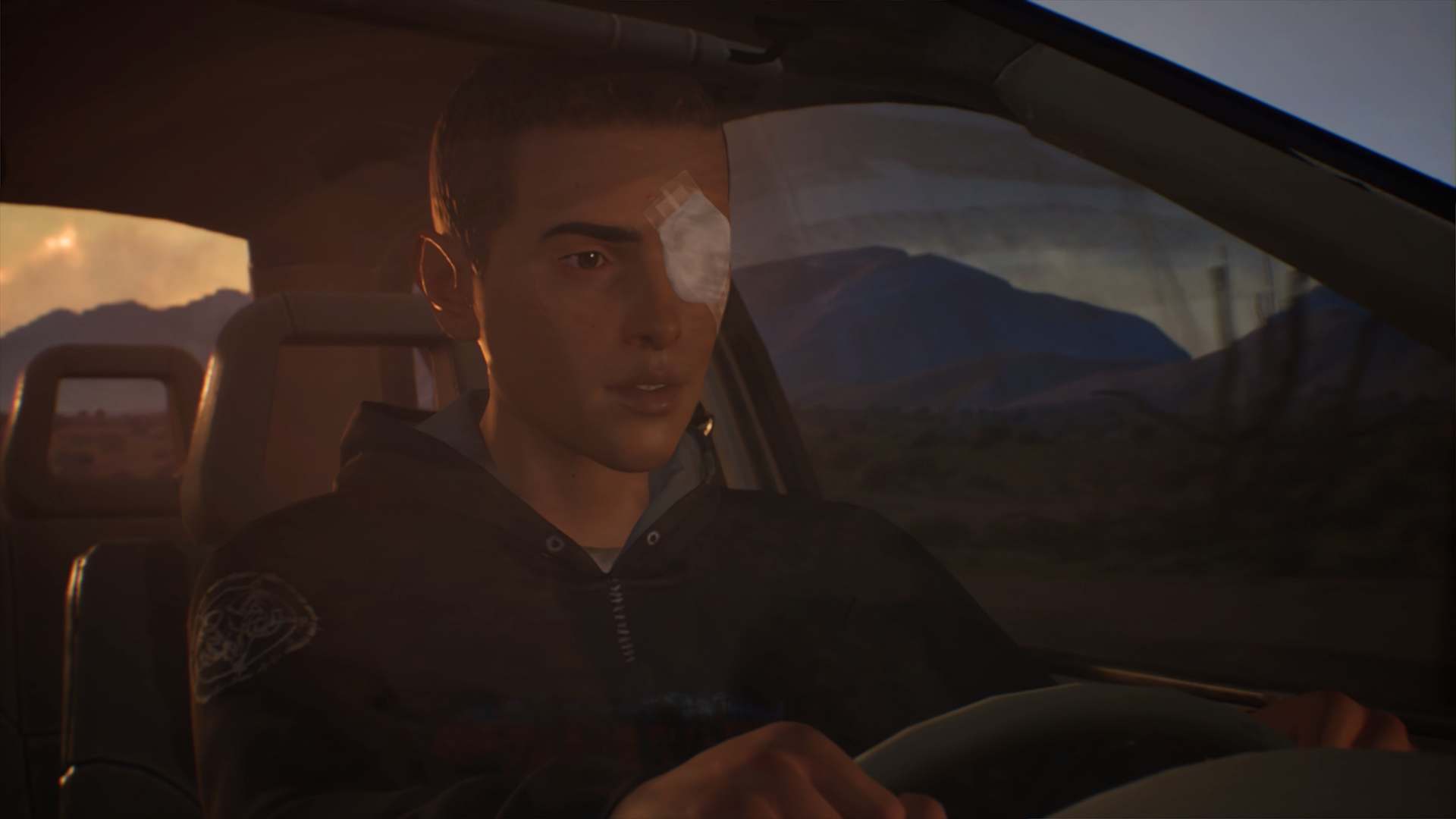 Life Is Strange 2 took full advantage of the conclusion for Episode 3: Wastelands with a story that fully fleshes out Sean’s character and his relationship with Daniel. Just as the first three episodes showed the sacrifices that Sean made to protect his younger brother, Dontnod pulled no punches in Episode 4: Faith by pushing him to the limits both mentally and physically. Players will be satisfied with a well-balanced episode that deeply explores sexuality and racism in a dignified manner. Sexuality is humanized in its purest form in the fourth episode and will provoke empathy from any player. Gonzalo Martin’s voice-acting performance is a standout and brings Sean’s raw emotions to life as he battles his way back to Daniel. Sean’s entire anguishing adventure, from start to finish, pays off with a superb ending to the episode. While there might be some time to wait before Episode 5’s release in December, Episode 4: Faith delivers a fantastic story-focused episode and sets up the perfect springboard for the Diaz brothers’ next stop of Puerto Lobos. Sean might have been battered, bruised and forever wounded by his scars, but Life Is Strange 2 charges to the finishing line with significant momentum behind it.