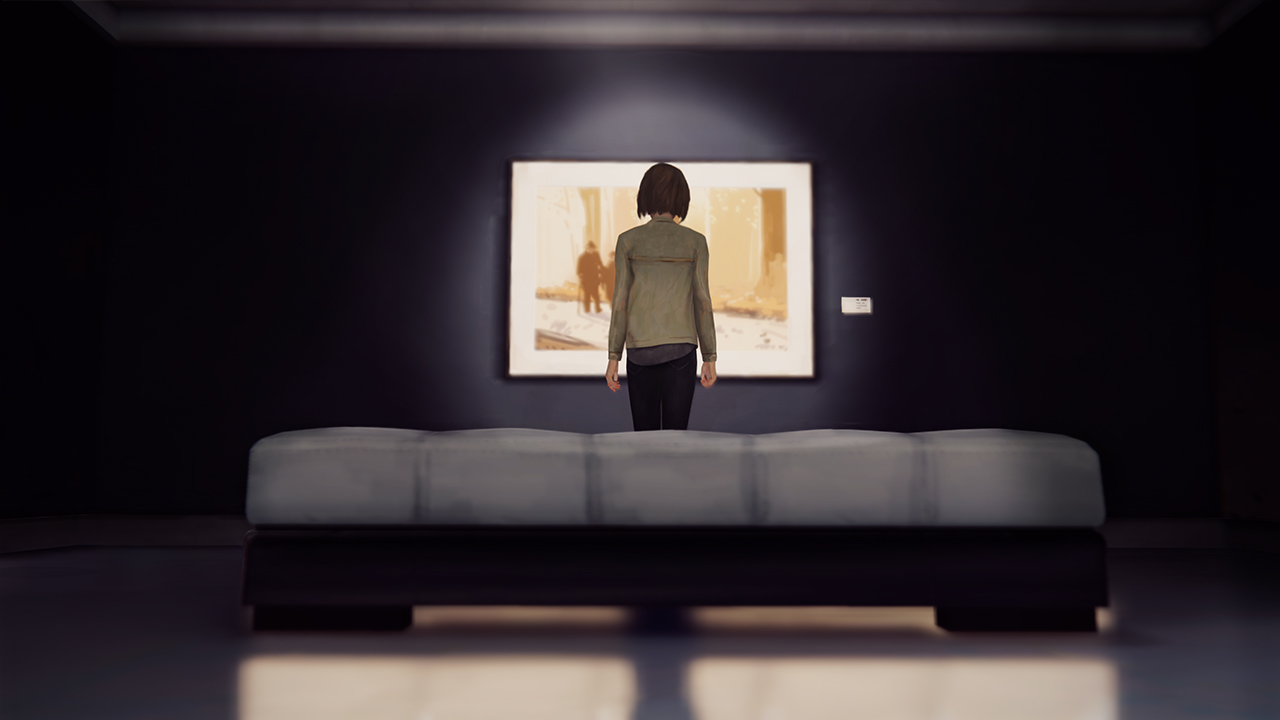 Editor’s note: with Dontnod Entertainment’s Life Is Strange ending with the release of Episode 5: Polarized last month, Hardcore Gamer is now reviewing the title in its entirety. If you’re interested in finding out what we thought of each episode in Life Is Strange individually, then be sure to check out our reviews for Episode 1: Chrysalis, Episode 2: Out of Time, Episode 3: Chaos Theory, Episode 4: Dark Room and Episode 5: Polarized. It’s also worth noting that this review contains minor spoilers from Life Is Strange.

Stepping into the shoes of Life Is Strange heroine Max Caulfield for the first — and last — time is a feeling that most people won’t be a stranger to, especially for how they can reminisce on all of the drama that occurred during their own adolescent years. Max shares the emotional highs and lows that any person experiences, dealing with petty arguments and needless rivalries (as every teenager has to endure at some point), wishing that some things didn’t change and asking what would happen if she had that rare opportunity to rewind time in order to alter the outcome of a certain event and how it would affect not only herself, but also those around her. Developer Dontnod Entertainment’s first attempt at an episodic format for a video game presents the player with Max’s story, a journey that can be shaped in a way to mimic your own real-life experience or even a second chance at picking all of the choices that we weren’t originally able to make. Life Is Strange has been a ten-month journey spread across five well-paced, well-thought-out episodes, and while it has faced its fair share of criticism (and rightly so), it’s been an unforgettable experience to watch Max’s story unfold in a title that has surpassed all expectations set for it and emerged as the sleeper hit of 2015.

Life Is Strange’s narrative is filled to the brim with emotionally charged scenes, hot-topic issues (bullying, teenage pregnancy, depression, assisted suicide, etc.), engrossing plot points and surprising twists and turns strategically placed in each episode. At the heart of Life Is Strange is Max’s return to her hometown of Arcadia Bay, Oregon, after five years and her reunion with childhood friend Chloe Price, reiterating the coming-of-age story Dontnod Entertainment set itself out to produce in Life Is Strange. 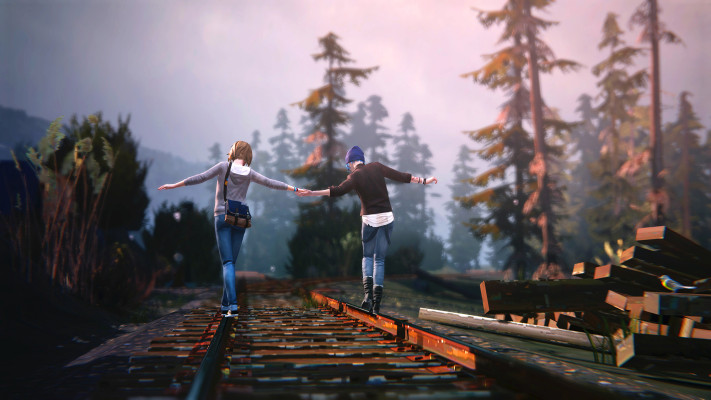 From the minute that these two characters reunite in Episode 1: Chrysalis, it couldn’t be more evident how detached and distant they’ve become from one another, while adding a complex layer to what is already a fragile friendship. That doesn’t last for long, however, as the progression of the Max-Chloe relationship across five episodes showcases how a new friendship begins to rise from the remnants of their old one and is a testament to Life Is Strange being such a riveting drama.

At the same time as the two-character dynamic between Max and Chloe, Life Is Strange focuses on the disappearance of Blackwell Academy student Rachel Amber, who is Chloe’s BFF, and a mysterious tornado that is heading towards Arcadia Bay. Dontnod takes advantage of Rachel’s physical absence from the narrative and is able to create a fascinating enigma about her personality, mainly for how players have to forge their own opinions on her by listening to what other characters think about her. Meanwhile, the ideas of chaos theory and the butterfly effect are deeply embedded within the tornado that Max has envisioned, with all of these themes and concepts interlocking with each other to establish a coherent means of storytelling. Although it takes a little while before the two central plot devices hit their stride in Life Is Strange’s narrative — and, as a result, being very effective towards the end of the series — the way in which Rachel’s disappearance and the tornado run simultaneously with Max’s story allows them to remain engaging in the title. 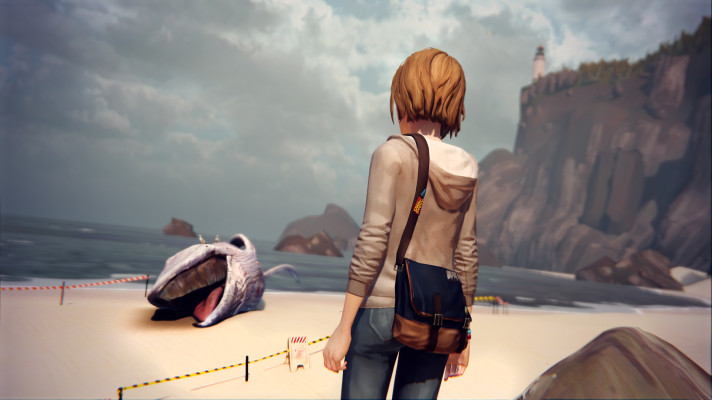 The rich universe of Life Is Strange is brought to life with the diverse characters that inhabit it, with each person having some form of a distinct trait that makes the world of Arcadia Bay feel realistic. Arcadia Bay’s civilians are made up of people from different ages, races, cultures and places, replicating the world that we currently live in and sending a powerful message about the types of people we will interact with in our respective lives. While some characters serve as nothing more than mere supporting cast members, it doesn’t mean that their presence goes unnoticed in Life Is Strange’s narrative. Choices, whether they are insignificant or meaningful, play a fundamental role in connecting Max with the residents of Arcadia Bay. Kate Marsh, David Madsen and Frank Bowers are examples of where additional character development resulted in their story arcs expanding and becoming even more interesting. Additionally, there are other characters, such as Samuel Taylor and Alyssa Anderson, that play a much smaller role in the title, but there reoccurring presence and somewhat humorous input ensures that they are not throwaway characters.

Although weak writing, poor lip-syncing and some awkward dialogue exchanges were at the forefront of criticism in earlier episodes — hindering the full potential of the series from flourishing at the very beginning — Dontnod Entertainment showed some flexibility to the feedback it received by refining these aspects to make noticeable signs of improvement more and more visible in Life Is Strange. There were scenes between Max and Chloe in Episode 3: Chaos Theory and Episode 4: Dark Room that starkly contrast with those in Episode 1: Chrysalis and Episode 2: Out of Time, as it was clear that the developer was tweaking the writing in certain places to create a more fluid exchange in dialogue. Speaking of Max and Chloe, it would be a crime to overlook the impact that the voice actors had in Life Is Strange, with it being an area that remained consistent from start to finish. Hannah Telle and Ashly Burch, voice actors for Max and Chloe respectively, deliver the same caliber of performance that critics praised Troy Baker and Courtnee Draper for in BioShock Infinite and Troy Baker and Ashley Johnson in The Last of Us. It has been truly mesmerizing to watch Telle and Burch share the same screen together, playing to each other’s strengths and effortlessly bringing to life two of the most memorable characters of 2015. 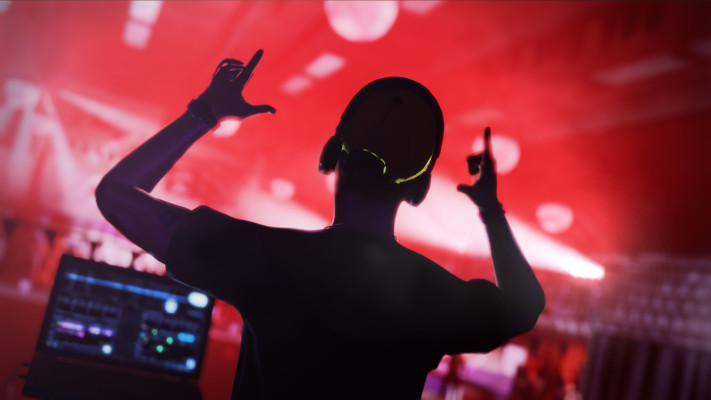 Dontnod Entertainment’s selection of music to feature on Life Is Strange’s soundtrack is diverse, keeping the sound fresh across all five episodes and serving as a poignant tool to utilize during the title’s best segments. From Syd Matters’ “Obstacles” accompanying the powerful montage at the end of Episode 1: Chrysalis to Breton’s “Got Well Soon” being the dance anthem at the End of the World Party in Episode 4: Dark Room, it feels that each song has been handpicked to create the perfect atmosphere for a particular scene. If there were one thing to criticize about Life Is Strange, however, it would be the fact that the title is screaming for the addition of original music in the title. Yes, it might seem like a contradiction to praise the licensed songs and then say some original composition would have suited the title more, but a better balance would have been to select six songs and, for example, have them complement an original score.

Compared with two of Telltale Games’ most recent episodic titles — Game of Thrones and Tales from the Borderlands — Life Is Strange has a simple feature that is extremely satisfying to experience: the ability to explore. Recently, I’ve found Telltale Games to restrict the amount of free roaming the player can actually do, with it opting for choices to be made over a long, drawn-out interactive cutscene. Meanwhile, Dontnod Entertainment presents the player with different areas to wander, interact with characters and objects found in the environment, discover Easter eggs and even the ability to sit down on a bench (or under a tree) and delve deep into Max’s current mindset. It’s refreshing to see the gameplay return to a similar style of The Walking Dead Season 1, allowing players some hands-on time in a world that needs to be explored. Adding on to this is Life Is Strange’s rewind mechanic, a robust and unique feature that not only extends the amount of time spent in the game — I must have turned back time every couple of minutes — but allowing the player to feel like they are in complete control of making a game-changing decision.

Dontnod Entertainment’s first effort at cracking the choice-driven episodic format in a video game almost results in a near-perfect experience, which is shocking when you consider how well they’ve grasped the concept, created a solid structure for each episode, distributed a variety of subplots across five episodes and executed the series at the same — or even higher — level that a veteran developer like Telltale Games has done for many, many years. Life Is Strange‘s episodes have more or less met the eight-week release window that Dontnod set for them, making it feel like a consistent series that doesn’t require the previous episode to be replayed, as important events will remain vividly in the back of your mind. The artwork and visuals in the title make it stand out from its competition, while also taking advantage of the rewind mechanic and embedding it at the heart of every choice that can be made. Life Is Strange is a title that hasn’t been held back by incorporating controversial themes and tackling them directly in a respectful manner — something that Hannah Telle praised Dontnod for doing so. While it isn’t perfect and there are limitations evident in each episode, Life Is Strange sets a new precedent for episodic gaming and reiterates why it’s a bona fide contender for 2015’s GOTY, despite facing fierce competition for that distinguished accolade.