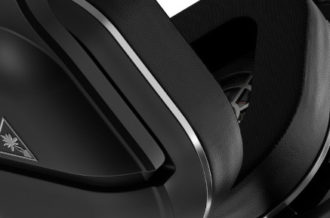 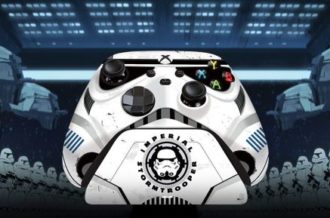 Every PC requires a keyboard of some sort. Yet for some reason, people splurging on a new gaming PC often forget about picking up a decent gaming keyboard to go with it. Of course, dropping tons of money on high-end components tends to leave little cash for anything else. It’s easy to spend hundreds of dollars on an excellent keyboard, but there are  options available for sub-$100 that still prove worth a pick up.

Logitech is no stranger to PC peripherals, including goods targeted toward the gaming demographic. Their latest keyboards iterate on their existing G413 line, with the new entrants being the G413 SE Full-Size and G413 SE TKL (tenkeyless). These two keyboards fall squarely into the sub-$100 range, with the Full-Size model costing $79.99 and the tenkeyless model cheaper at $69.99. Whether these keyboards will fit your needs depends on the specific setup and requirements.

Regardless of which version of the Logitech G413 SE you get, the signature features remain the same. So let’s dive right in to what makes this keyboard worth a look. The most obvious of distinctions from a cheap pack-in keyboard is the tactile mechanical switches. These are the “clicky” keys that many gamers have come to prefer for reliability, speed and precision. The actuation distance is 1.9 mm with an actuation force of 50g. They feel great to type on, with a bit of resistance so your fingers resting on a key don’t inadvertently trigger a keypress. 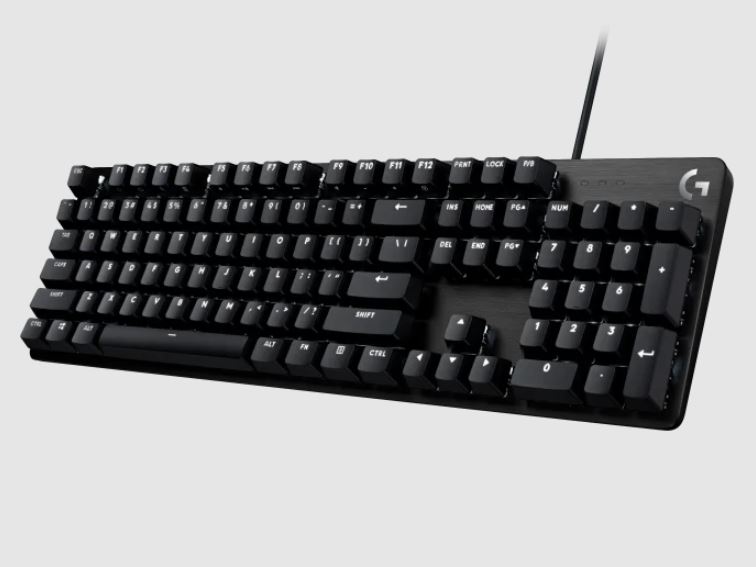 The clickiness is audible, so be prepared for those near you to complain about your incessant clicking. It can’t be helped — mechanical keyboards are just more satisfying to type on. The keycaps you’ll be typing with are PBT keycaps. The goal for these is to offer a highly-durable material which stands up against heat and wear. Both keyboards offer 6-key rollover anti-ghosting performance, which allows multiple keys to be pressed simultaneously (up to six). This helps as far as gaming is concerned, though some keyboards offer even more rollover.

G413 SE Full-Size is smaller than a typical full-size keyboard due to the trim keyboard case. That, paired with the brushed aluminum-magnesium alloy top case, give the keyboard a sleek, professional look. The top also ensures the keyboard does not flex much. Each keycap has a cutout rather than printed character on it. The white LED lights shine through from the bottom. There’s LED bleed between the keys themselves, though it’s not particularly distracting.

Note that, unlike most gaming keyboards, the LEDs only light up in white. There are a handful of animation types to choose from, but it’s all white all the time. Folks looking for a keyboard to match their rainbow desktop PC will need to look elsewhere. It’s a shame that the option for multi-colored LEDs wasn’t available since that’s so common on other gaming keyboards these days. With that said, the decision to only allow white does make the keyboard appear more professional and ideal for a more buttoned-up business setting (while still enabling gaming performance). 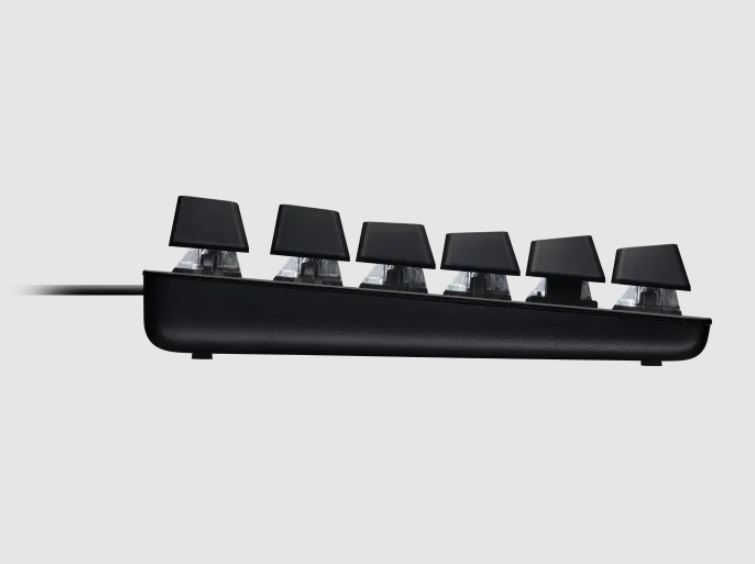 There are twelve functions which can be triggered on the keyboard and they’re standard. You’ve got volume, brightness increase or decrease, play, pause and fast forward. There’s also a calculator shortcut for those in need of quickly doing calculations. You’ll need to memorize which function keys are located where though as the graphics depicting their function does not get lit up. In the dark you won’t be able to tell. Similarly, if you turn the backlighting off entirely then none of the lettering will be visible on the keyboard. It’s kind of a cool look, though, if you ever wanted one of those keyboards with no printing on the keycaps.

There are a few “nice to have” features which are left out on a keyboard at this price range. For one, the USB cable is USB 2.0 and does not disconnect from the keyboard — it’s hard-wired. Next, this is not a braided cord. Finally, there’s not a built-in means to create custom macros for MMOs or other video games that benefit from them. In order to accomplish macro binding you’ll require another program which allows for mapping macros to a wide variety of keyboards. Presumably the lack of fancy multi-colored LED was also a cost cutting measure. 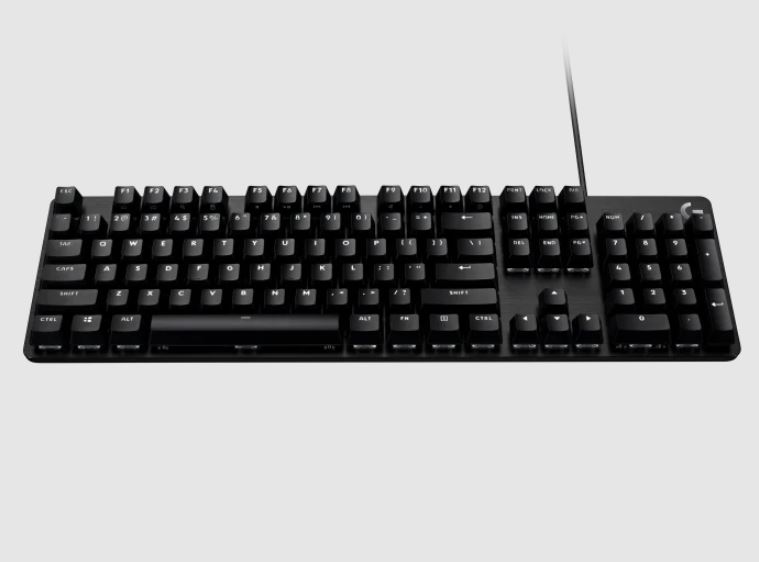 Gamers who want a solid mechanical keyboard without having to break the bank should take a look at the Logitech G413 SE in its Full-Size TKL model, depending on personal preference and setup. Both provide a high-quality gaming keyboard. It’s missing some of the expected bells and whistles from other gaming keyboards, but you can only demand so much for the price. This is a great starter keyboard for gamers or those seeking a more mature design.