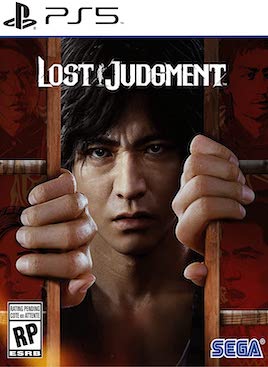 Ryu Ga Gotoku Studio absolutely know how to keep players hooked to the events wildly — at times comically — unfolding in their games. Whether that’s the mainline Yakuza entrants, or even through the studio’s recent, more detective-oriented spin-off a la 2019’s Judgment. Especially true since 2017’s Yakuza 0, one of the more specific traits (and likely appealing parts) of the studio’s story-telling is how seemingly unimportant and admittedly unexciting both premise and eventual end-point’s alike, may sound on paper. You wouldn’t think any game — let alone one set in the bizarre, over-the-top world of Yakuza — whose plot involved an empty lot, the identity of a child’s father, or a potential cure for Alzheimer’s, could be as gripping or as engaging.

But throughout the years, Ryu Ga Gotoku have proven again and again that no matter the starting or subsequent end-point, it’s the trip in-between that has made these games so compelling and curious to make the dramatically-twisting journey through. With that said, to quickly skip over any Yakuza-affiliated entry interesting on the basis of its narration, would be to massively undersell the numerous ways these games have repeatedly succeeded in drawing you into their worlds. Last year’s Yakuza: Like a Dragon, for all its radical departure from former series convention — seemingly wiping the series’ slate clean with new settings, mechanics and characters alike — ironically felt in many ways like a brilliantly-culminated showcase of Yakuza, the series, as a masterful delivery of world-building.

A Russian doll-like structure that the further in you got, revealed more and more of a shady, unforeseen underbelly of conspiracy, connectivity and plot-threads that once more convinced you to see the tale through to its very end. It’s important I lay out why it’s that I’ve grown to absolutely adore and respect Yakuza’s method of narrative here, because it’s these same disguising of grander intentions, that are on full, glorious display once more with this year’s release, Lost Judgment. A trait that’s not only attractive on its own, but in combination with some refinement to the game’s detective-style gameplay, general combat and a few other small touches along the way, have done something even I didn’t think was possible: elevated the Judgment sub-series to the level of brilliance its mainline brethren have attained. Ryu Ga Gotoku have pulled it off yet again. 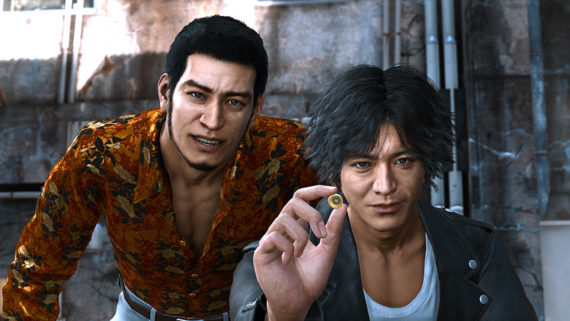 If one were to even attempt to summarize, Lost Judgment feels equal parts a reaffirming that the series’ staple beat ’em up combat isn’t going anywhere, just as it’s a welcome showcasing that an entrant like this — not least one with ties to a series likely better known for its bombast — has the capabilities to tackle more mature forms of story-telling. The kind of subject matter concerning themes of suicide, bullying and the pressure brought upon all afflicted parties that very few studios (regardless of experience) have the capabilities to handle properly. But right from the get-go, Ryu Ga Gotoku demonstrate a careful handling of the game’s plot in a way that, while does at times run the risk of slipping into overdrawn preaching, manages to sensibly pull it all back with a narrative that constantly has you question where exactly the reveals and the would-be twists are coming.

It’s difficult to put into words just how engaged I felt throughout most of the tale being told in Lost Judgment. Even during spots where the game feels like it’s taking an unnecessary detour away from the main plot — something which didn’t always work to the original’s benefit two years ago — but fortunately finds a way to feed back into the grander mystery that slowly unravels to reveal potential links and possible connections to factions and groups alluded to. In fact that’s perhaps the most welcome aspect of Lost Judgment‘s story-telling: how close to the chest the game maintains its secrets and mysteries, to keep players guessing as to how closely (if at all) the game world’s more underground/criminal inhabitants, are involved. Understandably one of the many figurative feathers in the series’ cap in so far as general writing is concerned. Characters (major or not) that, in no time at all, you can register as fleshed out, three-dimensional people whose motives, intentions and obscured pasts can so quickly swap roles in player’s minds. From sympathetic to villainous and back again. To go into greater detail about some of the game’s key moments would be to risk spoiling the surprises, but needless to say around chapter four/five is the moment where Lost Judgment truly takes it to another level. 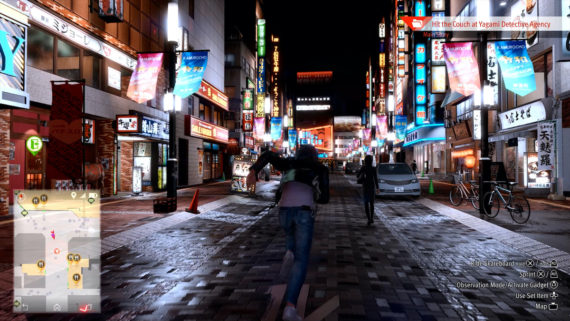 But then you have the other key component to Lost Judgment, its combat and again, Ryu Ga Gotoku should be commended for not simply sitting back and carrying over the original Judgment’s formula as some make-do between major plot points. The most notable new addition for the follow-up is of course the inclusion of a third, new fighting style dubbed Snake style. It’s a welcome expansion on the combat template — here providing a useful counter-attack form of fighting to complement Yagami’s Crane (orientated toward crowd control and taking on multiple enemies at once) and Tiger (stronger attacks on single targets) styles alike. Best utilized in disarming enemies wielding weapons such as knives and bats that, while does require players putting themselves potentially in harm’s way, can result in some effective pay-offs. Not least during the inevitable encounters — often accompanied by a named boss or two — where numerous enemies fill the screen.

It goes without saying, though, that despite the initial chaos of dealing with multiple foes at one time, Lost Judgment once again acts smart in providing the necessary tools for players to work out a viable route to success. Switching to one of the three fighting styles is quick and with the accumulation of additional move-sets players can unlock over the course of the game, despite the ridiculousness its set-pieces may imply, combat seldom feels like it throws one too many challenges at you. Even during the more climactic set-pieces near the end of a chapter — where major bosses can do serious damage if you’re not considerate with such things like blocking and evading strikes — Lost Judgment makes sure to balance out the suspicion of stacked-odds with a wealth of options and abilities that all work in harmony with each other. 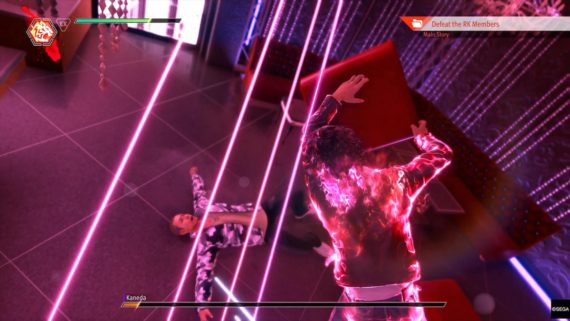 Yet Lost Judgment doesn’t stop there when it comes to maintaining a combat infrastructure that looks great just as much as it controls great. Another new, albeit minor, inclusion to such moments is that SP — the main currency used to unlock abilities — is also rewarded for meeting certain bonus criteria for any combat encounter, regular or otherwise. From landing a finishing blow using all three styles, to ending on an EX ability, even surviving a battle on low health. The fact all these achievements are listed — and players can see which rewards they earned — is a small feature, but it goes an incredibly long way to making regular combat that bit more tempting to get involved with on a frequent basis. There’s also the inclusion of higher-level enemies, marked by a purple icon on the mini-map. As much as they provide the potential for better item drops, it also serves as a welcome opportunity to better test one’s proficiency with the game’s combat so as to feel better prepared for that next pivotal boss encounter later down the road.

All of this, much like the assortment of mini-games and side cases/stories, naturally remains a completely optional investment. But it’s hard not to find one’s self detouring from the main plot to casually wander off on a stroll through the game’s streets. And more so, not out of necessity, but purely to soak in the aesthetic. A stroll which, as it turns out, allows you to naturally stumble into optional objectives and quests that aren’t as blatant or visibly shunted into view as the game’s map icons might imply. Thus, another welcome improvement in Lost Judgment — namely the game rewards players who take the time to explore the city streets and more so make the effort to investigate such things like repeated keywords in a social media-like app or that strange beeping that is somehow capable of moving position. 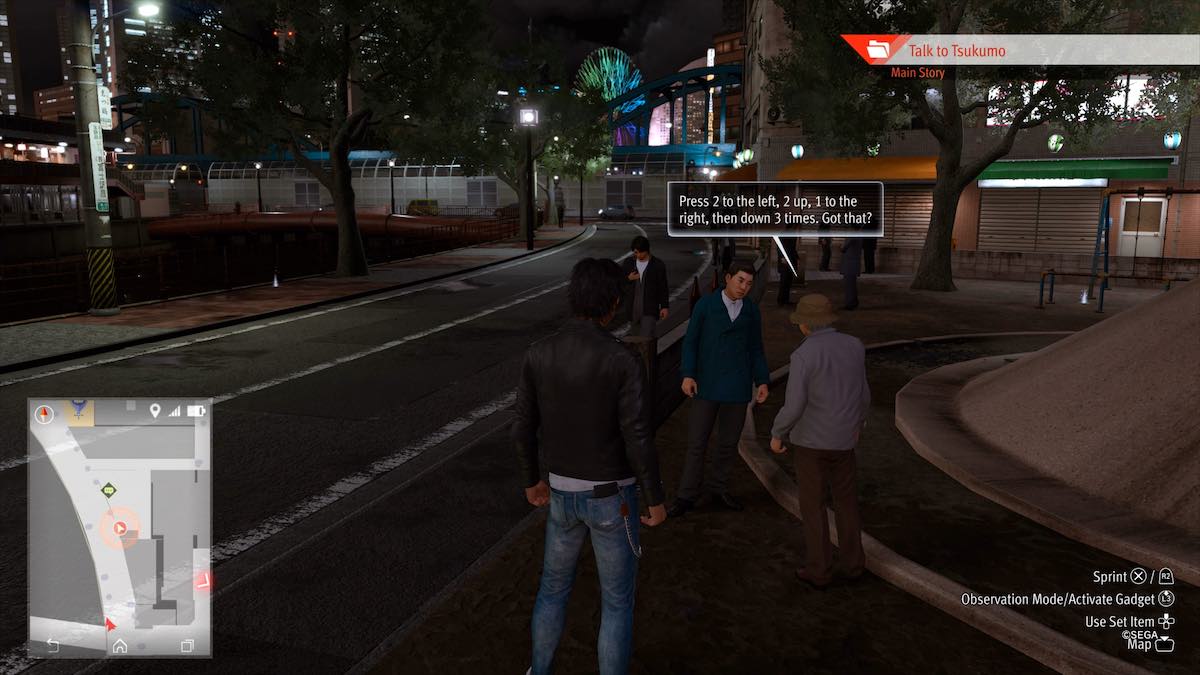 The game’s investigative elements — an area that was perhaps received with the most mixed of receptions in the original Judgment — have fortunately been improved. Elements such as the tailing missions and even chase sequences feel less like scripted segments with only the most minor of interaction — here, requiring players to more closely involve themselves with the conditions. Chase sequences for example built this time around the state of stamina meters; tailing missions too having players snap photos in specific ways. If one were being critical, the only real parts that still don’t quite work as flawlessly as they probably should are unsurprisingly the first-person sections — specifically when players are required to pick out and “investigate” certain parts of the environment. Once again running the risk one too many times of devolving into unnecessary pixel-hunting.

But even so, these segments are dotted about the main story in such a way and with such a frequency that each moment not only feels complimentary to one another, but more importantly doesn’t overstay its welcome. The third-person stealth sections in particular — which have Yagami crouching his way through interiors and behind cover, avoiding patrolling guards or Yakuza for example — while not the most in-depth of segments, do provide a sufficient break in pace from the regular flow of the game. 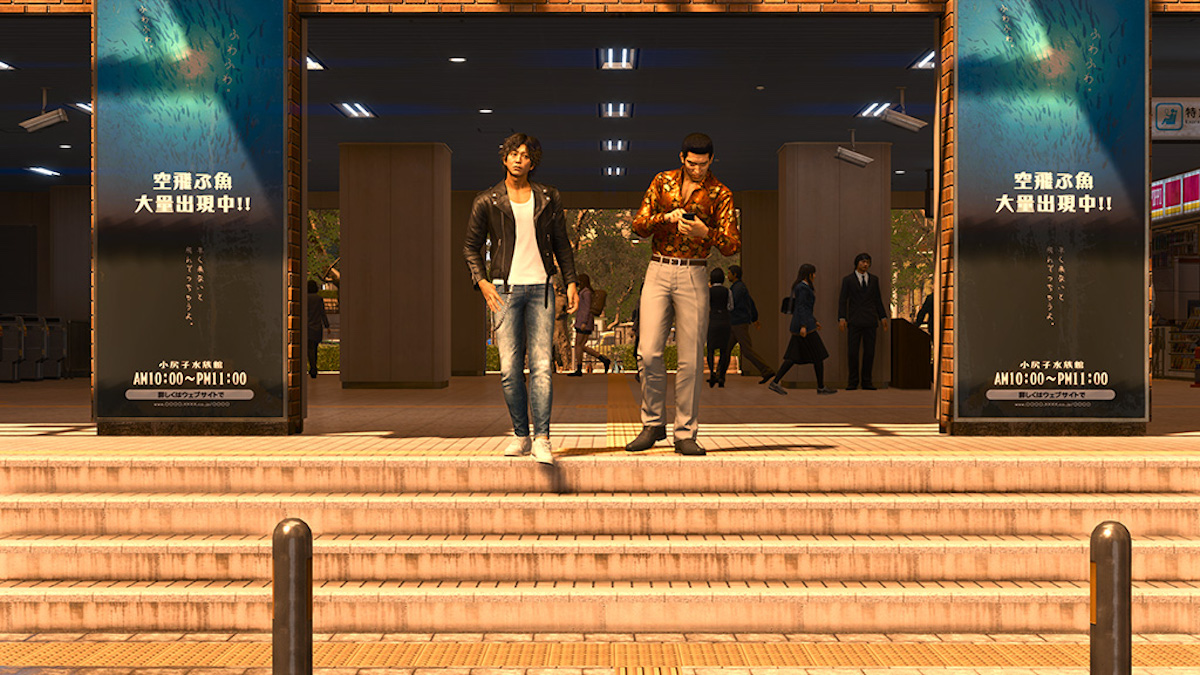 Coming away from any title in the Yakuza universe, to remark glowingly about its story and all the many characters and spots of exposition that entails, has become somewhat of a given. To claim Ryu Ga Gotoku Studio have once again crafted a tale that’s both engaging and enjoyable should come as no surprise to anyone who’s stuck with the series for the past several years. But where Lost Judgment achieves its status as one deservedly rivalling the best of the mainline Yakuza series isn’t just in its improvements over the original, but in how well-handled its story’s themes are. While not entirely closed off from an occasional trip into slapstick or comical interludes between story beats, the game’s tackling of more complex, multi-layered subject matter like suicide and bullying, deserves plaudits. So to elaborate that this success as being but one of the game’s many joys, should clearly highlight how well this year’s effort has built on the 2019 original — aiming too to rectify some lingering issues. Once again refining the detective gameplay (even if some unfortunate blemishes do remain still) sprinkled throughout, but more so its combat. Expanding the latter, both directly and indirectly, in ways that make jumping back into another street brawl or two that more worthwhile. Those worried about where the tradition of Yakuza would stand following last year’s change in direction for the series should rest easy in just how well executed Lost Judgment  truly is, from terrifically-written story to masterful gameplay.