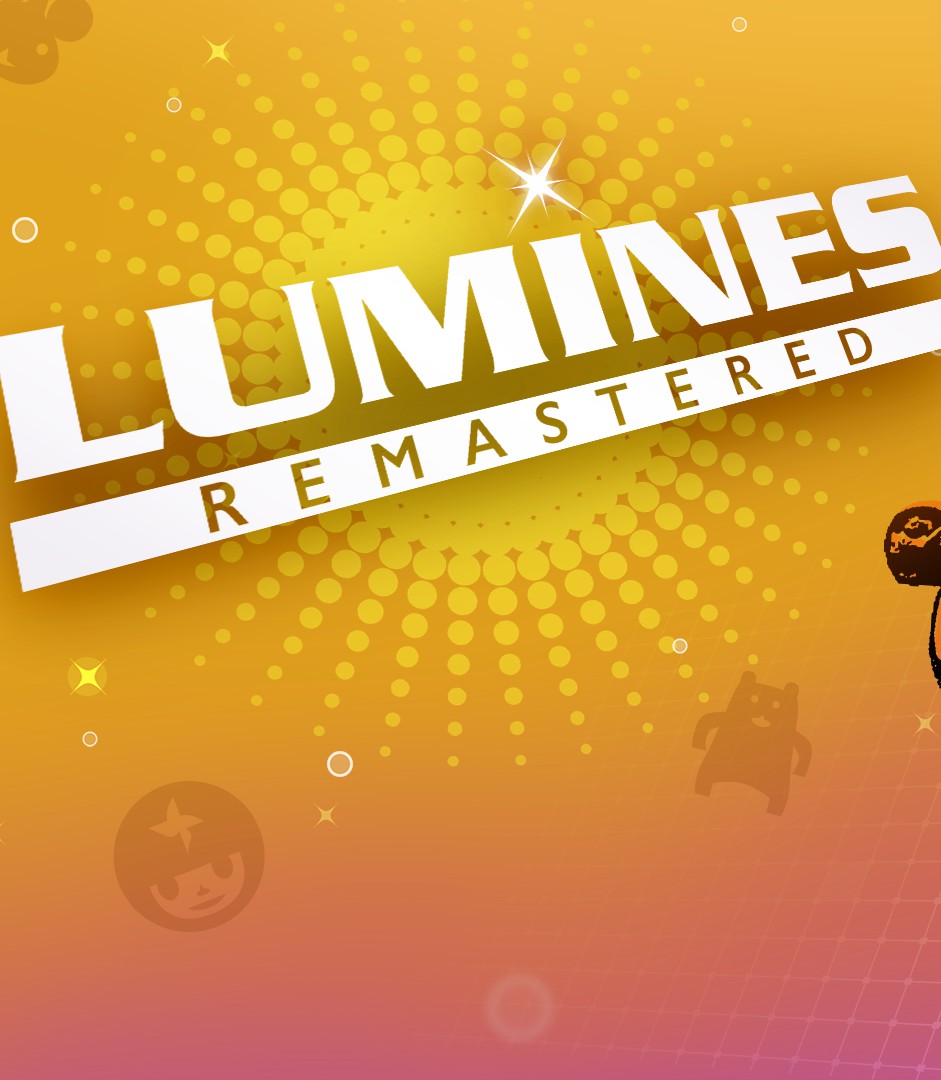 The PlayStation Portable may not have had a long, fruitful life in North America and Europe, but it still brought gamers many memorable experiences. One of the highlights of the system’s library was a little musical puzzler by the name of Lumines: Puzzle Fusion. It did not fall into the trap many puzzle games fall into of trying to add too many mechanics. The concept was as simple as can be – line up enough blocks of the same color in order to remove them from the screen. Along with easy to understand gameplay came a difficulty curve which ensured players would need to learn the best strategies to keep playing in a marathon set. Since that original release in 2004 we’ve seen numerous sequels and ports. The latest release is none other than Lumines Remastered for PC, PS4, Switch and Xbox One. It brings players back to Lumines’ origins as well as introducing some aspects of the sequel in one package.

Lumines Remastered brings back what fans remember of the original game. All the same great songs are included, as are the colorful stages. Only this time everything can be viewed in HD up to 4K resolution. That’s far better looking than any PSP could ever hope to output! For those who have missed out on Lumines all these years, this is now the easiest way to jump in. Despite being called a “remaster,” this isn’t quite a remake. There are both additions as well as omissions in the package. Fortunately, nothing left out is terribly distressing. Challenge mode is of course included, as it’s the core of the experience. This mode has players making their way through song after song while continuing to play off the same board. It’s definitely tough – especially if you hope to clean enough blocks quickly to attain a new high score. Expect to spend hours upon hours mastering this mode.

Great gameplay is one massive part of the equation but the music is equally important. Trashy songs would absolutely have ruined the game and ensured it never saw any sequels. Fortunately, the soundtrack stands out exquisitely to this day. The music included is typically very danceable, electronic fare and many songs are likely to become favorites. 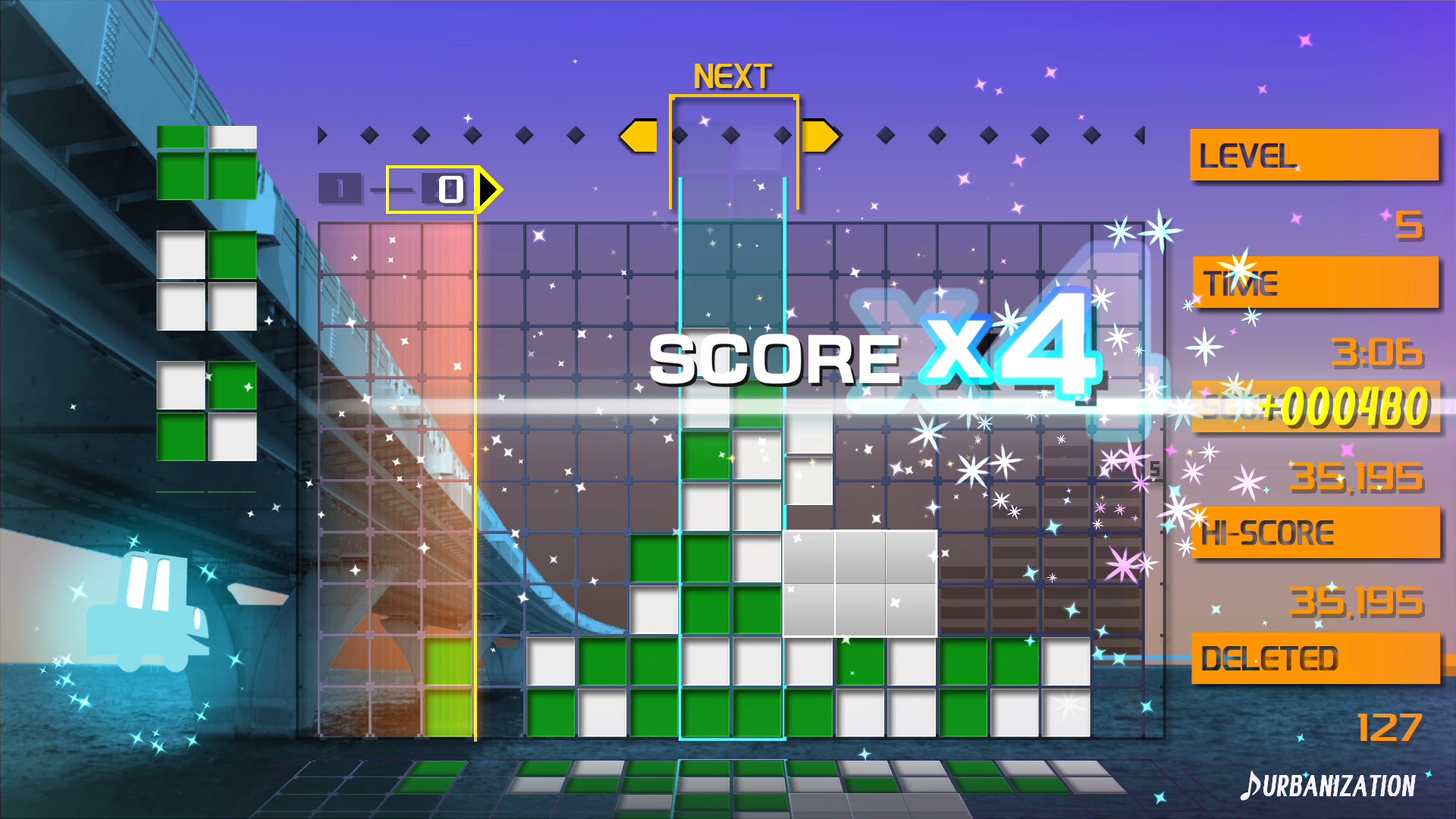 Grooving along with each stage while playing is one of the great joys of Lumines Remastered. Of course, you want to be in tune with the music since it proves extremely beneficial. As the bar moves across screen with each measure of the song, it clears any matched blocks. Mess up with the timing the bar will fail to clear the entire set of matches, leaving you with a lower score and with an annoying partial set of blocks to contend with. Those who keep up matching blocks in time for each sweep will find their score climbing ever higher. This is important for those folks who want to rank highly on the online leaderboard. For everyone else, it’s still immensely gratifying to see large chunks of the board cleared thanks to smart block placement.

The game also includes a simplistic time attack mode. Players can set their timer to 60, 180 or 300 seconds and try to clear as many blocks in that period of time. Astute Lumines players may recall that there used to be a 600 second mode – not anymore! Puzzle mode is a bit more complex. It tasks players with creating a specific shape from the blocks in a short amount of time. In a similar vein is Mission mode, originally added in Lumines II, which provides a specific task to solve. For example, it may require players to clear the board completely with limited blocks. There are fifty different Missions and a hundred puzzles (many added from Lumines II), meaning that there’s definitely some extra content to explore beyond Challenge mode. 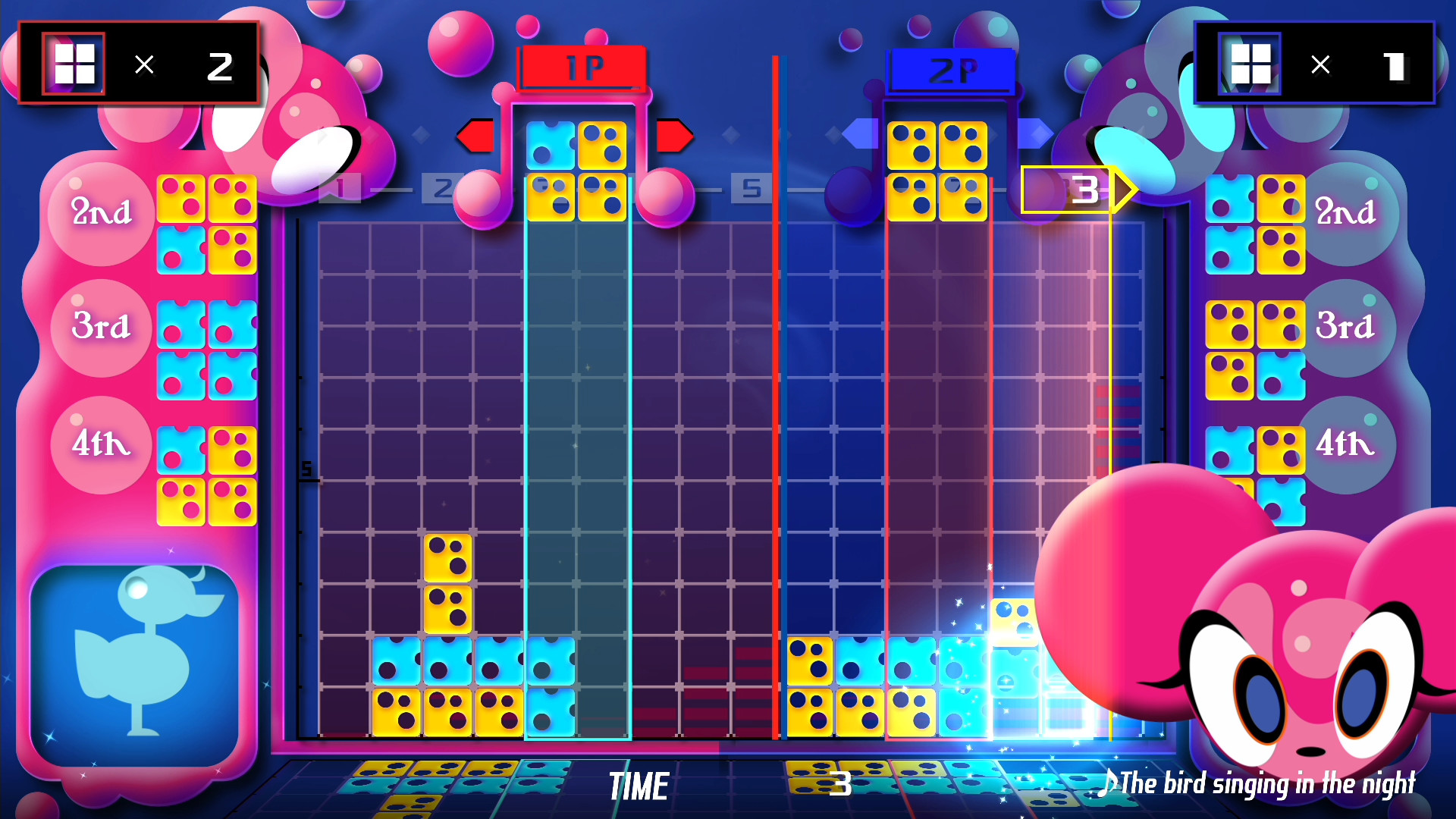 Designer Tetsuya Mizuguchi was sure that the team at Enhance added one very key, rumbly new feature: Vibration. Mizuguchi has shown a longstanding love of musical vibration ever since the introduction of the “Trance Vibrator” peripheral included with Japanese versions of Rez. It is reborn here with an all out Trance Vibration mode. If enabled, it will send vibration effects to connected controllers. On Switch this means up to eight Joy-Con controllers can vibrate simultaneously with gameplay. Xbox One can also sustain eight connected controllers. On PC, it’s up to your system exactly how many Bluetooth/wired controllers can be connected at a time. PS4 players get the short end of the vibrating stick with support for only four DualShock controllers. With that said, trying to manage a bunch of vibrating controllers gets to be a bit much. 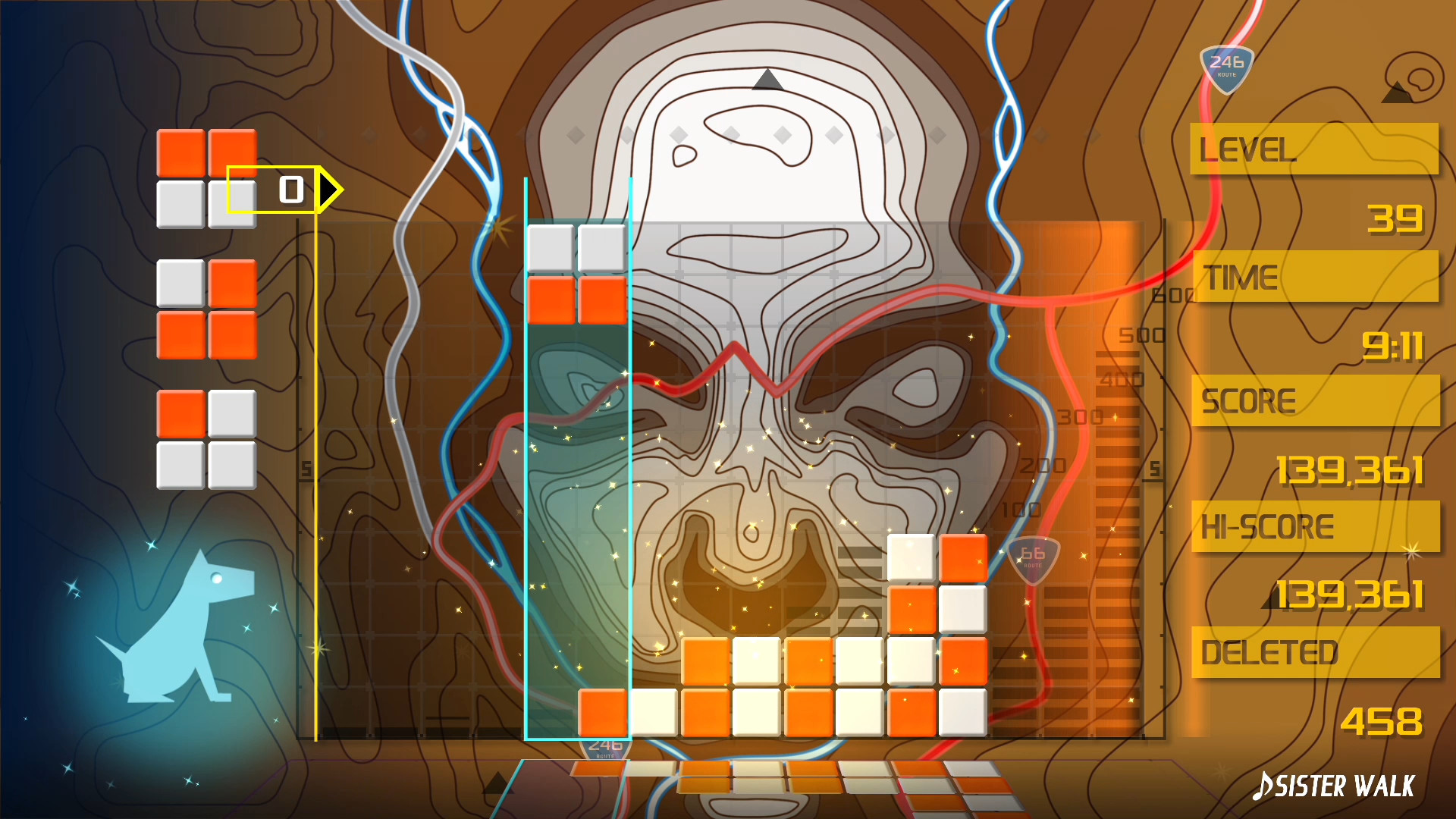 The core enjoyment of Lumines Remastered lies simply with playing it. The Lumines series is a rare breed of puzzle game that stands alongside the likes of Tetris. Lumines Remastered continues in this grand tradition by making a game that sucks players in immediately. Even after losing, it’s difficult to avoid jumping right back in again. The game simply puts players into a spell thanks to engaging gameplay, a killer soundtrack and hypnotic visuals. Anyone who has never experienced the series before is in for a treat. Existing fans should be prepared to fall in love with Lumines all over again.