PC gamers tend to be picky about their mice. Fortunately, there’s no shortage of mice available in all makes and models to support everyone’s specific needs. One of the latest items on the market is the Mad Catz B.A.T. 6+ Performance Ambidextrous Gaming Mouse. The name might be a mouthful, but it explains a lot about the device. First off, the “B.A.T.” naming convention is a clear reference to supercars, more specifically, the Batmobile. This mouse has a real specific look with its sharp, futuristic angles which sets it apart.

The mouse is primarily decked out in black, silver and LED lighting on the edges. It has an aggressive look, which is what some folks are drawn to, but there’s a lot more going on with this mouse than just the visual design. This is also an ambidextrous gaming mouse which is a huge selling point. Most gaming mice (and mice in general) cater toward the majority of gamers with a right-handed design. Many left-handed gamers over the years have gotten accustomed to simply using a standard right-handed mouse. How does this mouse design support ambidextrous play?

It’s simple. The design is totally symmetrical on the left and right side. Often gaming mice feature additional buttons and place them specifically on the left side (so that a right-handed gamer could trigger them with their thumb). That clearly doesn’t work if someone tries to use such a mouse with their left hand. There are ten user programmable buttons on the mouse itself, with two equal button pairs on the left and right side of the mouse. By default, both these sets of buttons perform “forward” and “back” functionality. Of course, as needed these can be customized via the Mad Catz software to do some other function or trigger a macro. 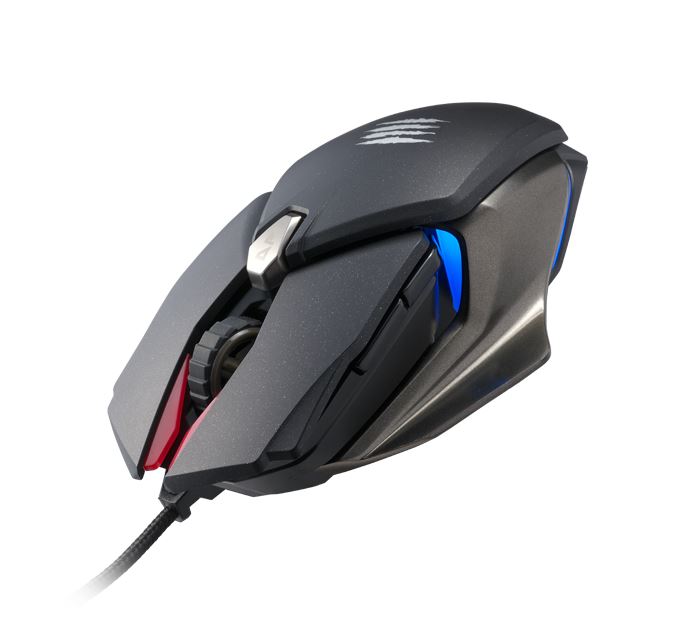 The other programmable buttons include two buttons on the DPI switch in the middle, a clickable scroll wheel, and of course the main left and right mice buttons. By default the left button is assigned to left click and the right button is assigned to right click, but it only takes a quick update in the software to swap that functionality as needed. Note that the mouse has memory to hold up to five different sets of button layouts which can be swapped on the fly. There are additional customization functions which make the B.A.T. 6+ an even better fit.

Also included in the package are two palm rests and interchangeable side grips. The two palm rests are a regular and thick version. The thick palm rest has more height, but it augments the feel of the mouse. Next is the side grips. The side grips are flat on both sides by default if you just want to grip the mouse on the sides. Those who prefer a wing grip style instead can simply swap one or both side grip off. Most mice with wing grips only offer them on one side — the left side again targeting right-handed gamers. This time it’s up to the gamer as to how they want their mouse layout to be. All these customizable pieces are connected via magnets. Once snapped on, they stay firmly in place. Even so, they’re easy enough to take off when you want to try something else. 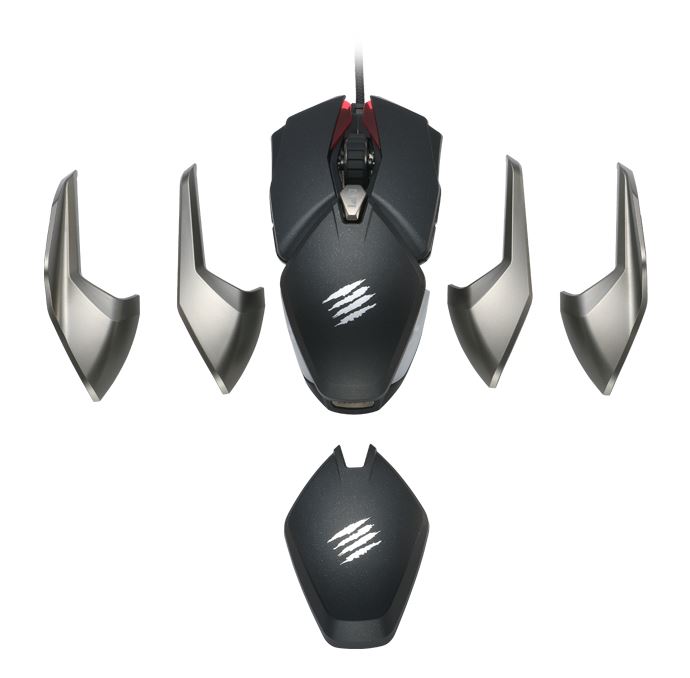 The customization is great, but a good gaming mouse also needs to be highly responsive. The Mad Catz B.A.T. 6+ also succeeds in this regard. It uses Mad Catz’s recent DAKOTA switch technology which offers response time under 2 ms. It also offers native 16,000 DPI, which is switchable on the fly using the DPI button on the middle of the mouse. While easily accessible, the DPI button is firm enough to not accidentally trigger. It requires a bit of force to click, meaning you won’t change DPI mid-game unexpectedly. Weighing in at 115 grams, this isn’t the lightest mouse available, meaning that the player will easily be able to maintain precise control over their mouse.

In order to get that fast response rate, this is a wired mouse rather than Bluetooth. Fortunately this isn’t a tiny little cable. It’s 70 inches long, or just about 5.8 feet long and ends with a USB 2.0 plug. By default the LED lighting glows in a constant blue hue, but the Mad Catz software lets you switch it up. It offers a wide variety of colors in total and different lighting effects such as strobe. The lighting can also be turned off altogether if desired. 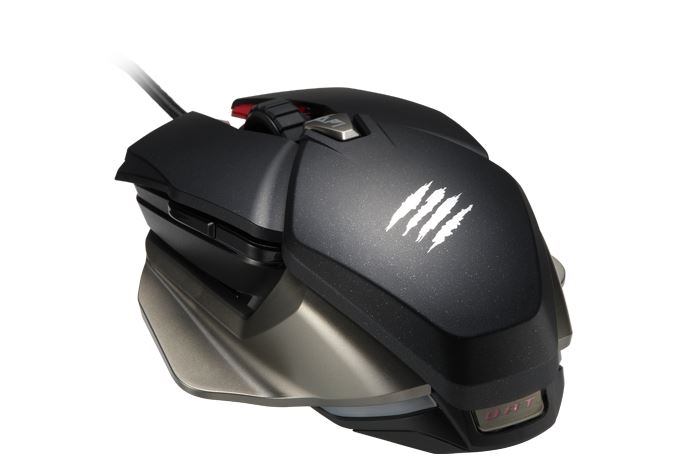 There’s a lot to like about the Mad Catz B.A.T. 6+ Performance Ambidextrous Gaming Mouse. For one, it’s a totally competent gaming mouse that’s sure to up your game over a basic mouse. Where this mouse dominates over other gaming mice is the decision to offer a host of ambidextrous design options. There simply aren’t enough gaming mice catering to this audience of ambidextrous and left-handed gamers, but now there’s a new option for players looking to pick up their next specialty mouse.