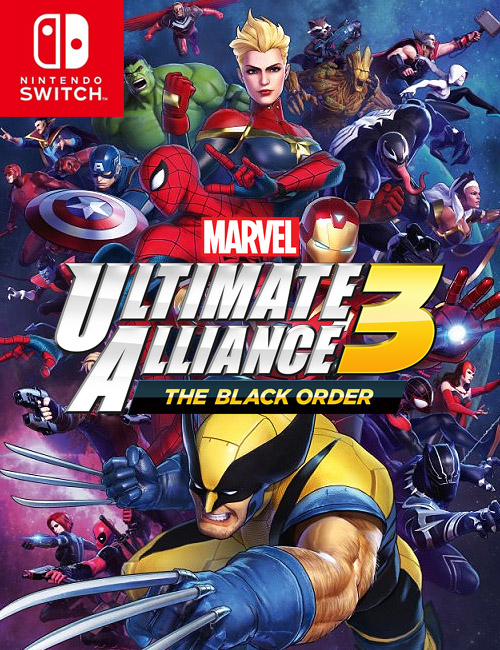 There’s no denying that Marvel is more popular than ever. The comic book creator has been around for eighty years and only in the last ten have they skyrocketed in popularity due to the cash machine that is the cinematic universe. That’s not to say they weren’t beloved before, heaven knows that my fondest memories are looking through Spider-Man and X-Men comics when I was a child, but they did have some hardships that nearly cost them the company. Let’s go back thirteen years, though, as we were introduced to a surprising game in the Marvel universe: Ultimate Alliance. Game adaptations of films were coming out in droves, but Raven Software, now known for their aid on basically every Call of Duty game, created something a little different. A cooperative-based Marvel title like we remember from the arcades, just with a little bit of an isometric spin on it. It was something we didn’t expect we wanted. Cut to today, somehow Nintendo has picked up the license and tasked Team Ninja to take over, and the results are less than inspiring.

There are numerous arcs in the Marvel universe, from Secret Wars to The Korvac Saga, but considering the recent Avengers: Infinity War and Endgame were two colossal juggernauts, it only seems suitable that Ultimate Alliance 3 would feed off that, although bringing more of the comics and their own spin on things. As the name suggests, the prime objective from the start of the story is that you’re chasing down the Infinity Stones before Thanos and The Black Order retrieve them. Here, we are taken to every stop in the world and dimensions as we run into familiar and less than familiar faces. One aspect that becomes immediately realized is just how painfully uncomfortable the dialogue is throughout the campaign. While the voice actors put in a solid performance, which are well cast mind you, the script is an awkward mess. It might have something to do with the fact that it seems as if the developers wanted to hit every single beat in the story, introducing as many characters they can in such a short time span. Even the quips in battle can get on your nerves as they will repeat over and over again. There’s something promising here as it will feed off your nostalgia, but instead quickly skims over it instead of making an impactful impression. 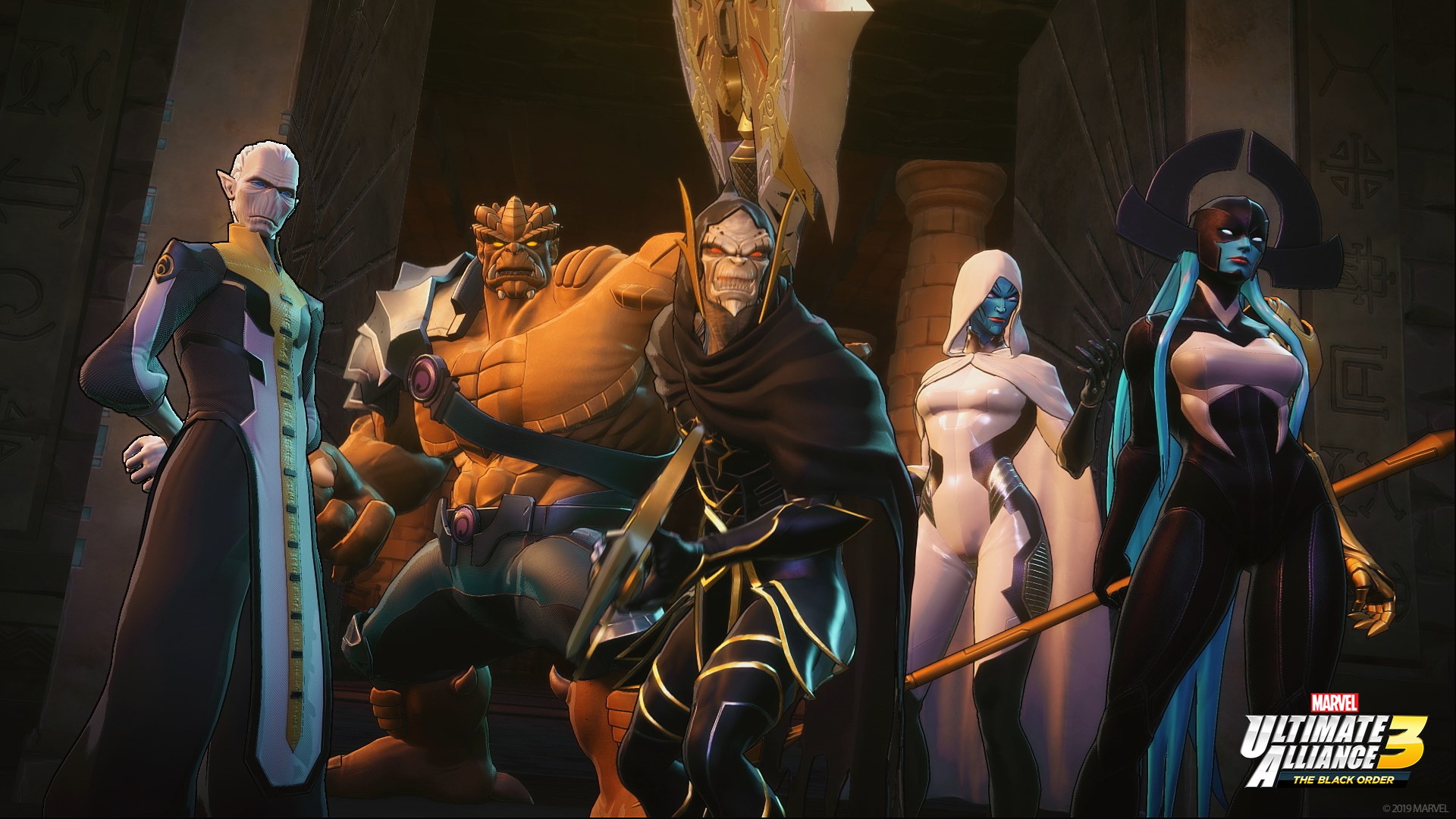 As you might imagine, the largest trait Ultimate Alliance 3 has going for it is the number of playable characters as there’s roughly thirty-six to swap between. These range from more recognizable individuals such as Iron-Man and Spider-Man, to lesser known Marvel characters such as Elsa Bloodstone. There are some odd exclusions, such as Jessica Jones and Ant-Man, who both appear in the story, but otherwise this is a solid lineup of characters. It helps that each plays fairly different from the other; even Peter Parker and Miles Morales’ Spider-Man feel distinct enough. It’s all about party composition as you’ll receive battle bonuses based on who’s in the crew. Fortunately, Ultimate Alliance 3 is dynamic where each has their own specials and ultimate ability that ensure that it’s more about picking and choosing your favorite characters are than worrying about organizing everyone in tier lists. It’s something that encourages experimentation. You will need to level each up individually, though, so going back and playing older levels is built into the chemical makeup of the game, which can be a bit frustrating.

Unfortunately, while there’s a vast array of Marvel characters to play as, combat can be repetitive and uninspiring. As mentioned prior, each has their own specials and ultimate attacks, but the core structure is dull, to be simply put. You’ll move from area to area and take down a number of baddies before moving onto the next with little variation. The few puzzles require no thought whatsoever, making you wonder why they’re there in the first place. At least the bosses do change things up each encounter, even though in the end, it all amounts to draining their stun bar and then wailing on them until they’re dead. It doesn’t help that the campaign is unbalanced, with the first five chapters being easy, and then ramping up too quickly when you reach chapter six. To add to this, the camera is atrocious, constantly getting in your way. There were too many instances where we were in the thick of battle only for the camera to refuse to cooperate. While it’s amusing to play as your favorite Marvel character, the scenarios we’re given are unoriginal and far from compelling. 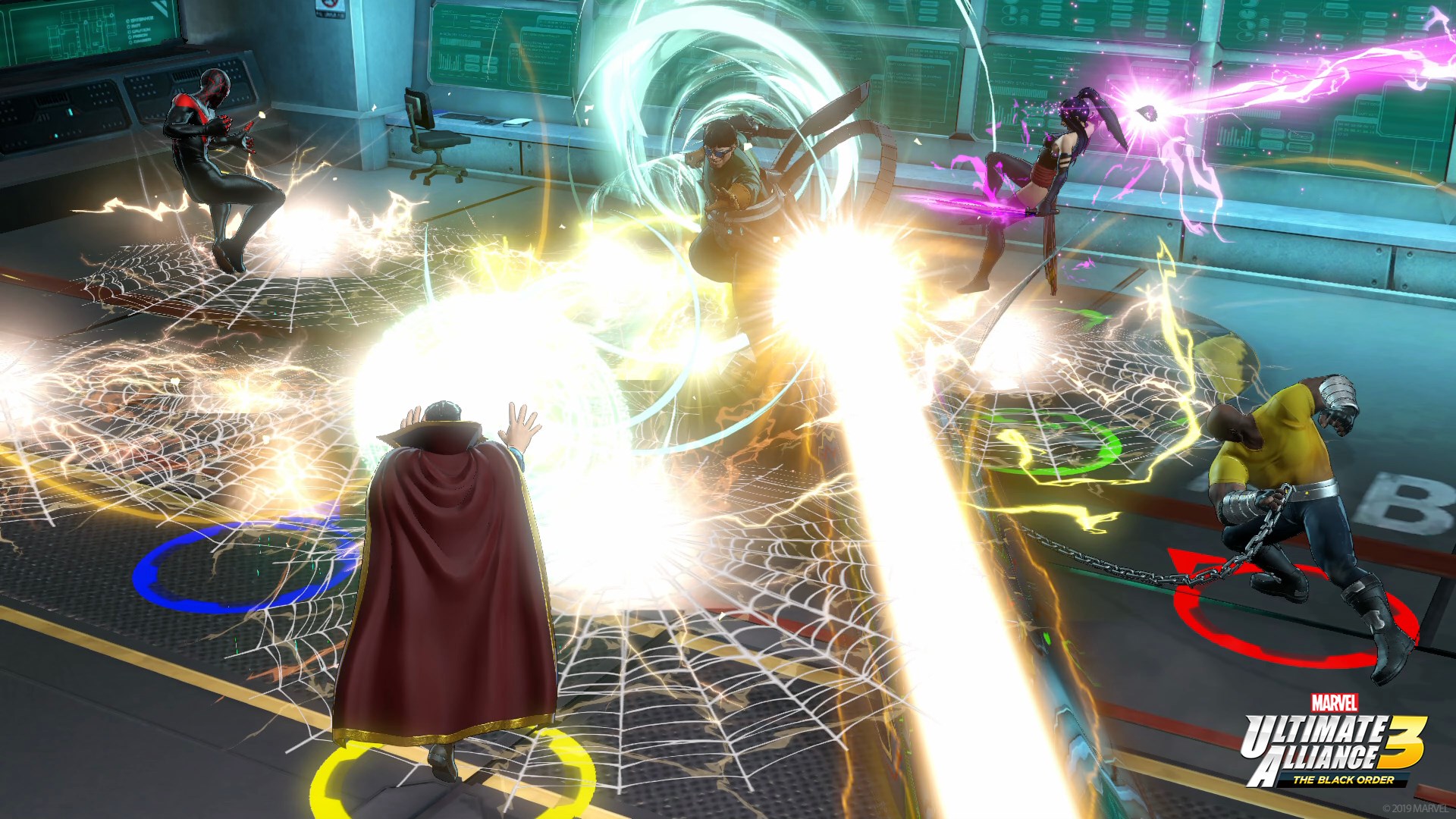 Outside of the main campaign, there’s also Infinity Trials, which are essentially the equivalent of secret missions from Devil May Cry where you will find anomalies in the world which will put you up against enemies with various tasks to complete for better rewards. The problem with the trials is that they’re segmented from the actual campaign, so while you can enter a number of them from a mission, afterwards you will be booted right back to the main menu. It still saves your progress in the story, but having to go through the handful of load screens just to do one is a pain. It doesn’t help that the load times in general are lengthy. They’re not too frequent as each chapter is fairly sizable, and sometimes they’re hidden behind cutscenes, but when they occur you’ll be waiting for more than you had hoped for. The trials are standard, with the rewards being costumes, characters and generally XP cubes to level up quickly. They’re a fun distraction only when they’re done in coop, otherwise they’re not anything special.

Speaking of coop, the cooperative aspect is easily the best and only way to play Ultimate Alliance 3. This is unfortunately because the artificial intelligence isn’t exactly the smartest in terms of combat. They’re fine in regular mobs, but when it comes to bosses and their mechanics, expect the three other teammates to take many unnecessary hits. The game isn’t exactly the most online-friendly experience either as for whatever reason this isn’t drop in and out coop. While you’re able to enter someone else’s game, you not only have to do in its own static lobby, but it will rewrite the placement of your own campaign progress. So if you’re halfway through a chapter and think you’re going to help someone else and grind some levels, think again because you’ll have to start that mission from the beginning. In addition, there doesn’t seem to be timeouts in place, so I’ve seen my share of rotating icons as it’s infinitely trying to join a room with the only way to get out of it is closing the game entirely. With that said, playing the game with friends or even random people online brings up the enjoyment of the experience, which Ultimate Alliance 3 needs.

Graphically, Marvel Ultimate Alliance 3 is between two places. On one hand, the cel-shaded art style is perfect for a game adaptation of a comic book universe. On the other hand, there are a staggering number of performance issues, especially in handheld mode. The resolution is less than ideal when undocked, and the framerate in general can get a bit hairy when effects are going off, which is most of the time. As mentioned before, the load times and camera can be an issue, but at the very least everything you see on screen is pleasing to the eyes. There are ten different stages that takes us across the world (and then some) and each has been crafted to look drastically different one another. The animation is also fluid, although the music can be awkwardly mixed at times, sometimes barely in a scene all together. You will also have to overcome the smashing sound effects that will consistently blare from your console or TV set, but otherwise, the presentation values are one of Marvel Ultimate Alliance 3’s stronger points. 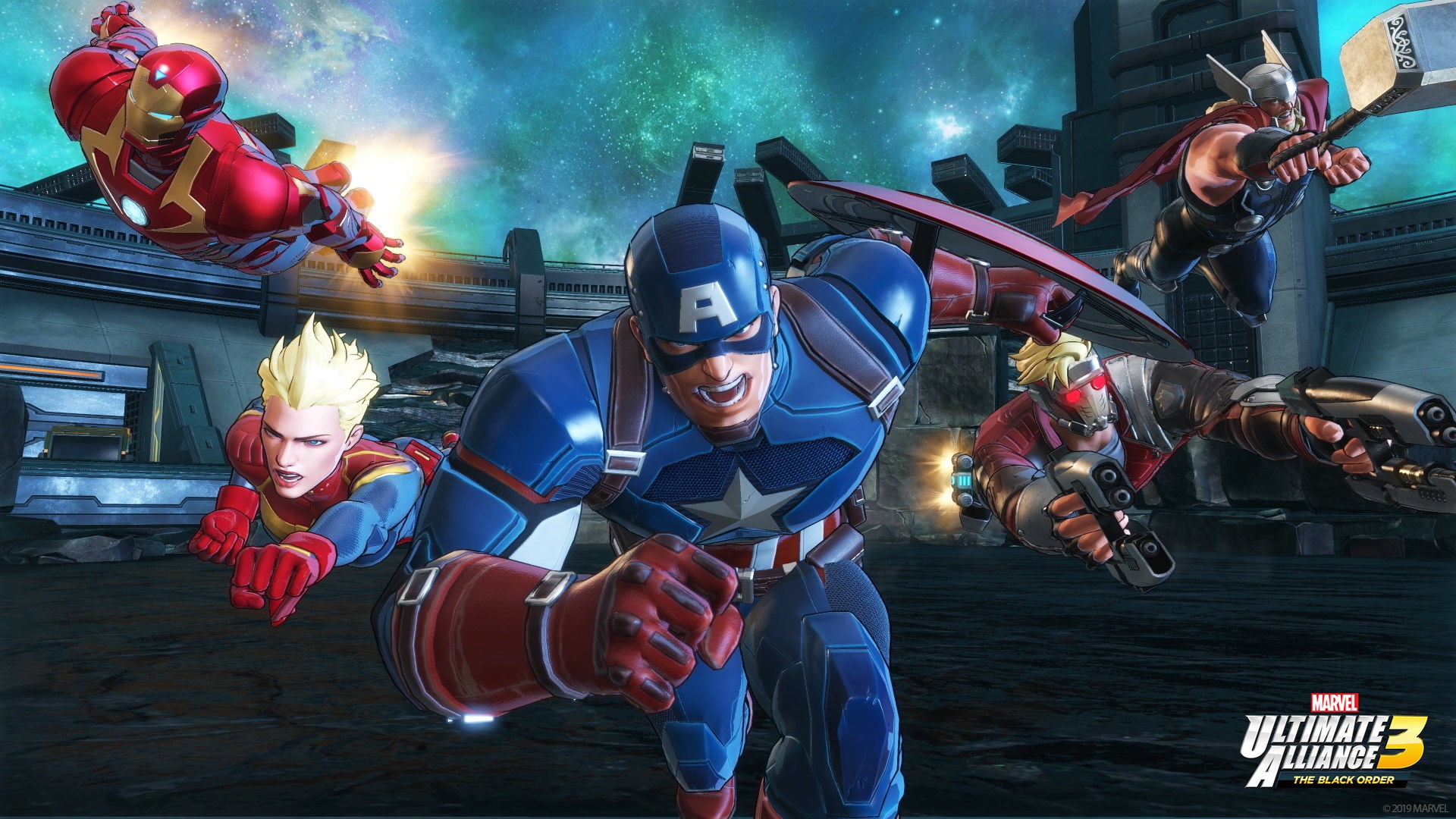 Marvel Ultimate Alliance 3 is an acceptable, albeit dull game that’s only held together by the diverse Marvel universe. It’s enjoyable when played cooperatively, but that’s an excuse that can be used for any title. The problem lies in the archaic and stale combat scenarios that take us room to room with little variety until you get to the more mechanically-challenging bosses. At least there’s a large roster to pick through, each with their own unique and entertaining combat skills that’s an over-the-top romp when mashed together. It’s a shame that the story moves too quickly, trying to hit every single character in such a small time frame, and the dialogue is clumsily put together. In addition, the campaign feels unbalanced, with the front half being too easy and the back half abruptly raising the difficult tenfold. The online component does have it setbacks, namely how it’s handled, but at least it’s there and works fairly reliably, even though we did run into a number of instances where failed attempts at loading into a lobby required a forced game closure. Despite all of this, I consistently felt compelled to keep playing. There’s a certain charm Marvel Ultimate Alliance 3 has that will no doubt resonate with fans; it’s just too bad it’s put together in a less-than-optimal package.