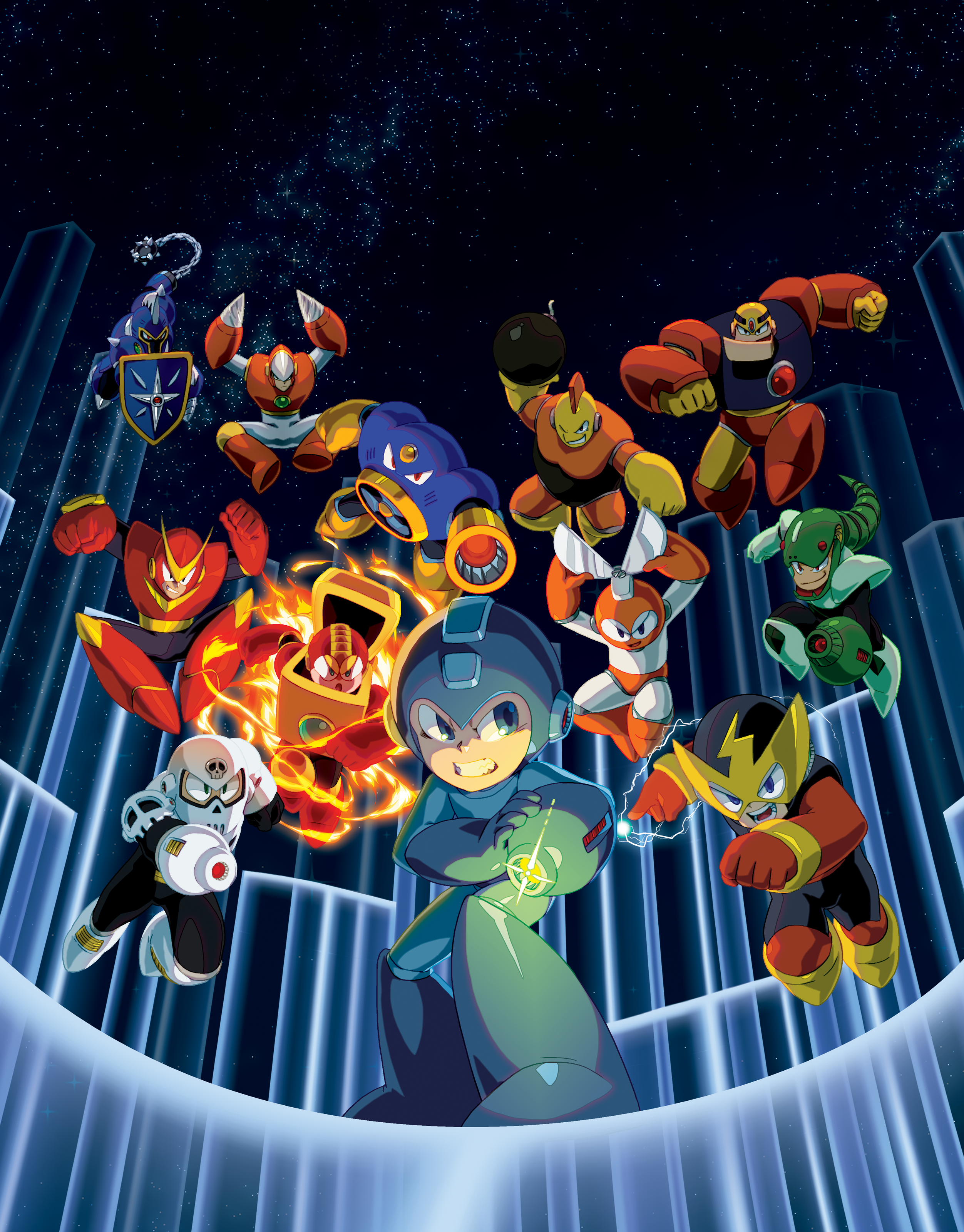 Let’s get this out of the way right off the bat: the first six Mega Man games are nearly unrivaled gameplay experiences, stand the test of time and boast a surprising level of charm. Of course, this is something that the gaming world in general already knew. No matter how many times the original NES Mega Man games are re-released, they’re always fantastic; these titles should fall in the first chapter of any level design textbook, and while some of the quirks of yesteryear, namely password-based saves, have gone the way of the dodo, no one can deny that Mega Man 1-6 are some of the greatest games ever made. Whether you’re one of the countless gamers who believe that Mega Man 2 is one of the greatest games ever made (you can’t see it, but my hand is raised so far in the air that my arm might fly out of its socket), or one of the unique souls that believe Mega Man 3 is the greatest title to come out of Capcom, you’re bound to have a great deal of fun here. While Mega Man Legacy Collection doesn’t boast the sheer amount of content that Rare Replay does, it’s a compilation of games that are frankly better than those offered in the latter.

Though there are definitely numerous gamers out there that haven’t experienced the core Mega Man titles before, it seems silly to try and explain the premise of six games that are over two decades old. Sure, I could explain how every game has a series of robot masters that players have to defeat in any order (though there’s always a couple of logical paths that have become accepted as the norm in each case), and defeating each one grants players powers that will make their lives easier over the course of future stages, but what fun would that be. If you’ve stumbled onto a review of a collection of Mega Man games, chances are you know what Mega Man is all about. What’s more important here is the value that potential consumers are getting for their dollar, as spending one-fourth the price of a full retail game gets you hours and hours of world-class gameplay and a number of awesome extras that make Mega Man Legacy Collection feel lovingly crafted. 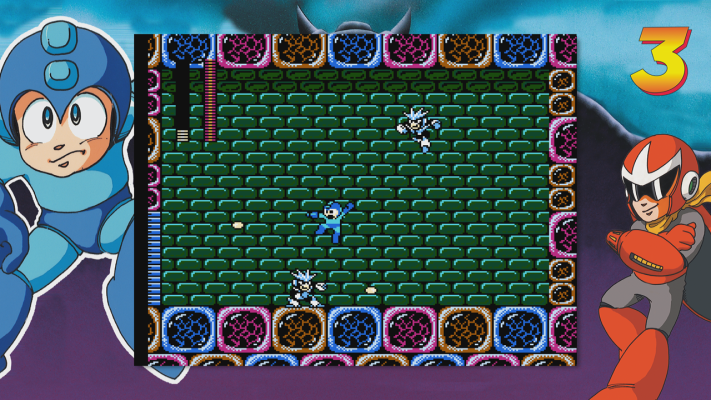 While Mega Man Legacy Collection largely comprises of straight ports of Mega Man 1-6, which many would argue are the premier games in the longstanding action-platforming franchise, this isn’t necessarily a bad thing. Sure, it would have been nice for some of the slowdown that this series is known for was eliminated, as the Dark Master stages in Mega Man 3 are notorious for the sheer amount of framerate drops they feature, but some would argue that Mega Man wouldn’t be Mega Man without this so-called flaw. After all, there are countless speed-runners that have utilized slowdown in their pursuit of time-based greatness, and to deny those who have played these games dozens of times the chance to run through six titles the way that they are accustomed to sort of feels wrong. The thing is, there isn’t anything technically wrong with these ports, likely because they’ve been shifted to other platforms for years now, so those looking to get a history lesson in the foundations of gaming will still find a great amount of joy here.

The original Mega Man games are known for being notoriously difficult, and while there aren’t any options available for players that want to dial down the punishment, there is one notable inclusion that should make everyone’s lives easier. The inclusion of a manual save slot for each title in Mega Man Legacy Collection shows that Capcom didn’t just want to fart these games onto a new generation of consoles. Password saves are very clearly a thing of the past, and while they’re present for those who want to have the true experience that gamers in the late eighties and early nineties had, those accustomed to modern save mechanics will feel satisfied. In case you were wondering, yes, this does mean that you can manipulate save files in order to progress through each game in a simpler manner (like so many people do with Virtual Console titles). You’re also given the opportunity to play through Mega Man Legacy Collection with or without a border in 4:3 or in full widescreen, and the opportunity to add filters to create more retro look are present as well. The thing is, players are never forced to play these games in any way, as Capcom wisely gave everyone the option to play Mega Man 1-6 exactly the way in which they please. 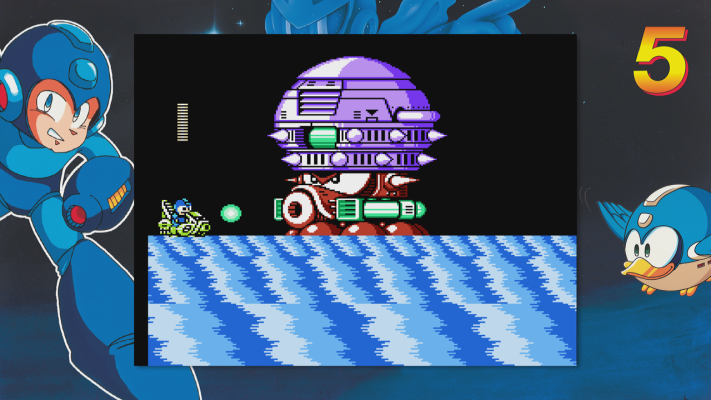 The inclusion of a dedicated music player and a Museum of artwork for every game turns Mega Man Legacy Collection from mere compilation into the definitive place to go for your early Mega Man desires. It’s my humble opinion that the background music for Magnet Man’s stage in Mega Man 3 is one of the greatest video game songs, and the fact that this collection gives me the opportunity to listen to that track through my television while I make dinner inspires a level of joy that’s pretty tough to put into words. Everyone has their favorite Mega Man song, and the fact that every single entry is included in one playlist is something truly special. While the concept artwork in the individual game Museums amount to little more than a enemy sketches and their names, this feature cannot be understated. It’s abundantly clear that there are going to be younger players who will keep a walkthrough of every game at their side throughout their time with Mega Man Legacy Collection, and being able to see every enemy in one place will have a subtle, but meaningful effect on player strategy. Sure, this isn’t a feature that the vast majority of people will actually care about, but it’s guaranteed that there will be gamers out there who will eat these Museums up. Consider the inclusion of concept artwork and sketches the cherry on top of a phenomenal package.

Arguably the best part of Rare Replay was its Snapshot feature, in which players were given the chance to play through bite-sized challenges that featured a number of Rare’s early titles. These NES Remix-style gameplay snippets were absolutely wonderful, but Mega Man Legacy Collection finds a way to improve upon this feature in every conceivable way through its Challenge Mode. Capcom has come up with a number of challenge playlists that each comprise of a number of short segments from various Mega Man games (all grouped thematically). Everything from a Boss Rush playlist to some of the toughest parts of each individual title are included in Challenge Mode, and while those playlists that jump from game to game can be jarring, they’re all still a joy to play through. Yes, it’s confusing to choose abilities when you are looking through Mega Man 1-3‘s minimalist menus, and not immediately knowing whether you can slide or charge your Mega Buster will cause problems, but this is a small price to pay for an outstanding feature. It’s worth noting that a vast majority of Mega Man Legacy Collection‘s achievements are based upon Challenge Mode, so those looking to up their Trophy Level or Gamerscore will likely find themselves diving into these time-based, medal-awarding playlists. 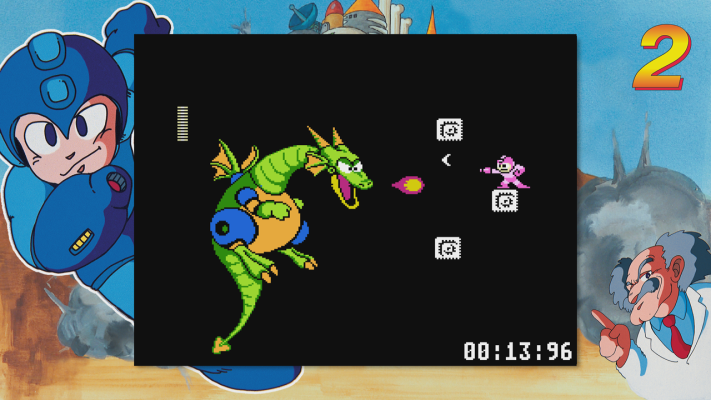 Some will argue that if you’re going to buy one video game collection this year, it should be Rare Replay based upon sheer value. Granted, getting thirty games for thirty dollars is tempting, but getting six of the best games of all time for half of that price is likely the better move in the long run. Not only is there isn’t a single bad game in Mega Man Legacy Collection, there isn’t a game included that isn’t great. Whether you’re someone who has beaten the core NES Mega Man games hundreds of times, or if you’re someone who has always been curious about one of the most heralded franchises in gaming, Mega Man Legacy Collection is all but a no-brainer. Look, if you’ve been burned by the false promises that seem to constantly flood this industry, you owe it to yourself to pick up one of the surest things in gaming, period.