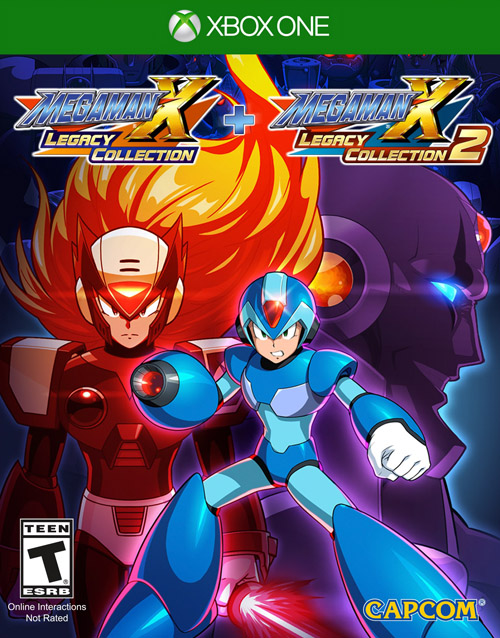 The Mega Man X series came about in 1993 — a transitional time in both the Mega Man franchise and gaming as a whole. The long-running Mega Man series had gone from being a sleeper series with its first entry to highly-regarded with its second and third entries, but the fourth and fifth entries were victims of franchise rot to some degree. The games weren’t bad by any stretch, but more of the same old thing left fans wanting something new and Mega Man X was just the thing the series needed to kickstart it. It was set one hundred years in the future with a much darker storyline; gone were the days of Dr. Wily escaping jail time and time again. In its place was a complex narrative about a war between various robot factions that had real depth to it.

Those seeking a more mature storyline got what they wanted, as did those wanting more complex and robust gameplay. X as a character could do a lot more — with his ability to jump up walls making pixel-perfect platforming easier and an early-game dash ability acting as not only something similar to the slide from the classic series, but also something that could spice up mid-air jumping sequences and increase the pace of the action that much more. The first three X games were technical marvels on the SNES and showed off not just what the system could do graphically on its own – but also with some enhancements thanks to additional power provided by extra chips.

The Mega Man X Legacy Collection is the only compilation with the SNES version of MMX 3 as the PS2 and GameCube Mega Man X Collection used the PlayStation version. For Mega Man X 4, the PlayStation version is used and not the Saturn version, which featured more background layers for the background and slightly more robust colors. The SNES entries got the series going and were in many ways the peak of the series in terms of core game design. The controls are super-tight and the plot is involved, but not overwhelming. 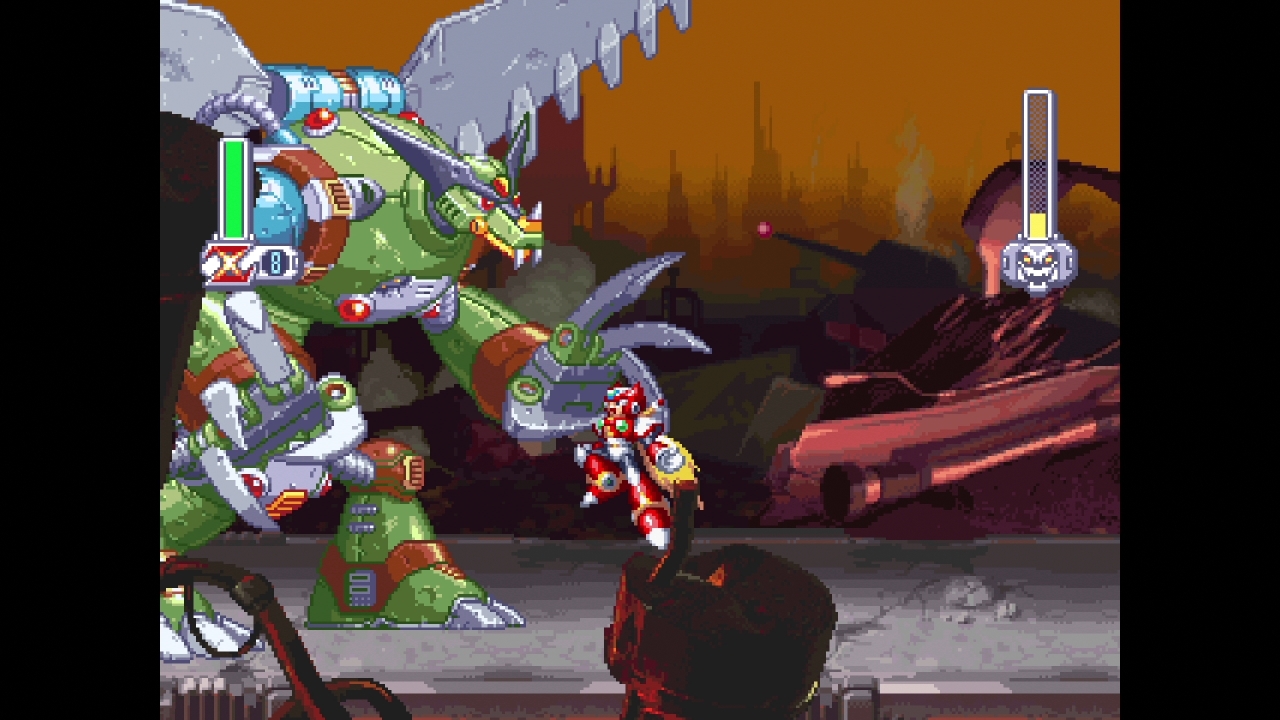 The SNES-era games featured X as the primary protagonist, but did allow a limited use of Zero and his Z-Saber. For many, Zero’s inclusion in the series as a playable character heralded the greatest change for the series compared to the classic franchise since he’s a short-range character. I remember playing as Zero when renting Mega Man X3 from Blockbuster over 20 years ago and marveling at how much damage his sword did compared to even a charged-up buster shot. While it was far riskier to play with a short-range character, the game was more exciting using him and it was a shame his usage was quite limited.

Mega Man X4 was the first 32-bit entry and made him an equal playable character with X and was a turning point for the series. With the increase in hardware power and media space came a vast improvement in color quantiy and sprite detail. There were some oddities with level layouts though that broke the illusion as the playable characters didn’t quite mesh with the CG look of some stages, but as a whole, the game gave you a bit more to work with as both X and Zero had their own campaign and could play through all stages. The stage design wasn’t quite as solid as the SNES era, but having two fully playable characters made this one of the most fun entries at the time and has allowed it to hold up nicely with time.

X5 kept the same overall dynamic of both characters being playable, but allowed you to switch between them before picking your stage instead of separating their campaigns.The level design took a hit and the storyline wasn’t quite as strong – but it was more elaborate for better or worse. X6 saw X and Zero’s playstyles merge together resulting in a very fun version of X to play as. However, it also featured a sharp decrease in story quality and the level design was far too sadistic and less fun. The good part about this and the overall difficulty in the X series as a whole is that with this collection, you can go with Rookie Hunter and make things much easier for yourself. It’s a great way to get things going and applie sto all of the games in it. 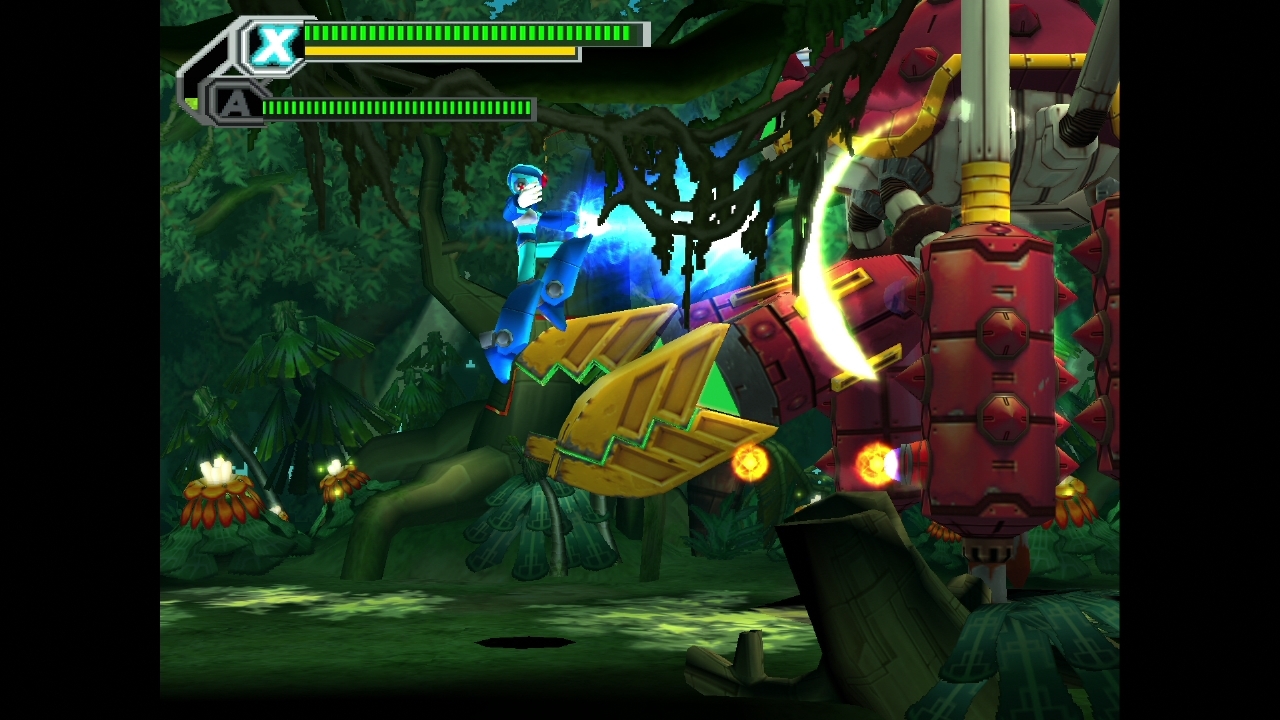 X7 is easily the worst entry in the series and one of the worst games in the history of the franchise. It took a series that worked fine in 2D and transformed it into an awkward behind the back 3D shooter with auto lock-on. It was a gigantic drop-off in quality and something that was somewhat rectified with a 2.5D follow-up in X8 that closed out the X series formally – but not the canon as that continued with Command Mission. The second half of the franchise is weaker than the first — but X5 remains well-worth playing and as historical curiosities, X7 and X8 are good to have included just to see how far a once-great franchise can fall.

Mega Man X Legacy Collection 1+2 provides players a variety of visual filters to work with – or none at all. The non-filtered sharp pixel look keeps things in line with how they looked before, while the CRT filter keeps that and also adds a faint scanline effect. The effect isn’t convincing, and winds up being more distracting than anything else. The pixel-smoothing effect featured works well for the pixel art-based games, but does result in things like the plus signs on Mets looking odd and you do lose some detail on things like faces because facial features wind up being smoothed out and with few pixels being used to represented for things like mouths, things don’t quite look correct sometimes. 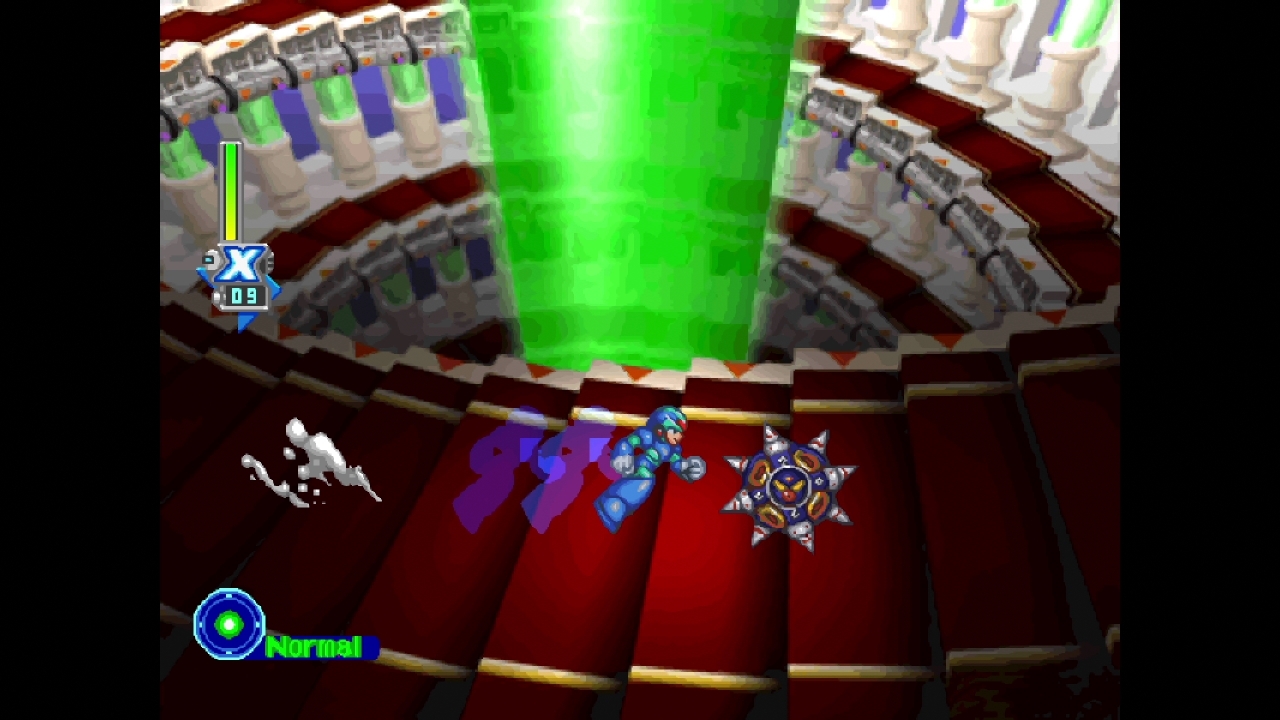 Still, for displaying on a modern-day TV, this may wind up being the best overall way to view the PS1-era games. Beyond visual filters, you can also adjust the aspect ratios for all games. There is a theoretical pixel perfect mode alongside 4:3 and a 16:9 forced stretch mode. The 4:3 aspect ratio winds up being the best for most games as the normally 1:1 pixel perfect mode wind up squishing things a bit vertically, while the 16:9 stretch is just an abomination. It completely distorts the artwork and makes everything look far too stretched for its own good. While some may want to have their entire display taken up by a game, it definitely does more harm than good when it comes to CRT-era games designed for non-widescreen displays and is especially troublesome for sprite-based games.

The Mega Man X franchise is known for having some of the best music in gaming, and this compilation does it justice. The SNES-era games sound exactly as they should — so those who love the chiptune-heavy metal soundtrack will be in for a treat. The PS1-era games did benefit from more robust instrumentation, but resulted in less memorable soundtracks. The PS2-era games featured okay soundtracks, but nothing too memorable and some of the worst voice acting in the X series. That’s been a historical issue for the series, but did wind up being okay in X4 minus the storyline becoming a bit too obtuse for its own good. 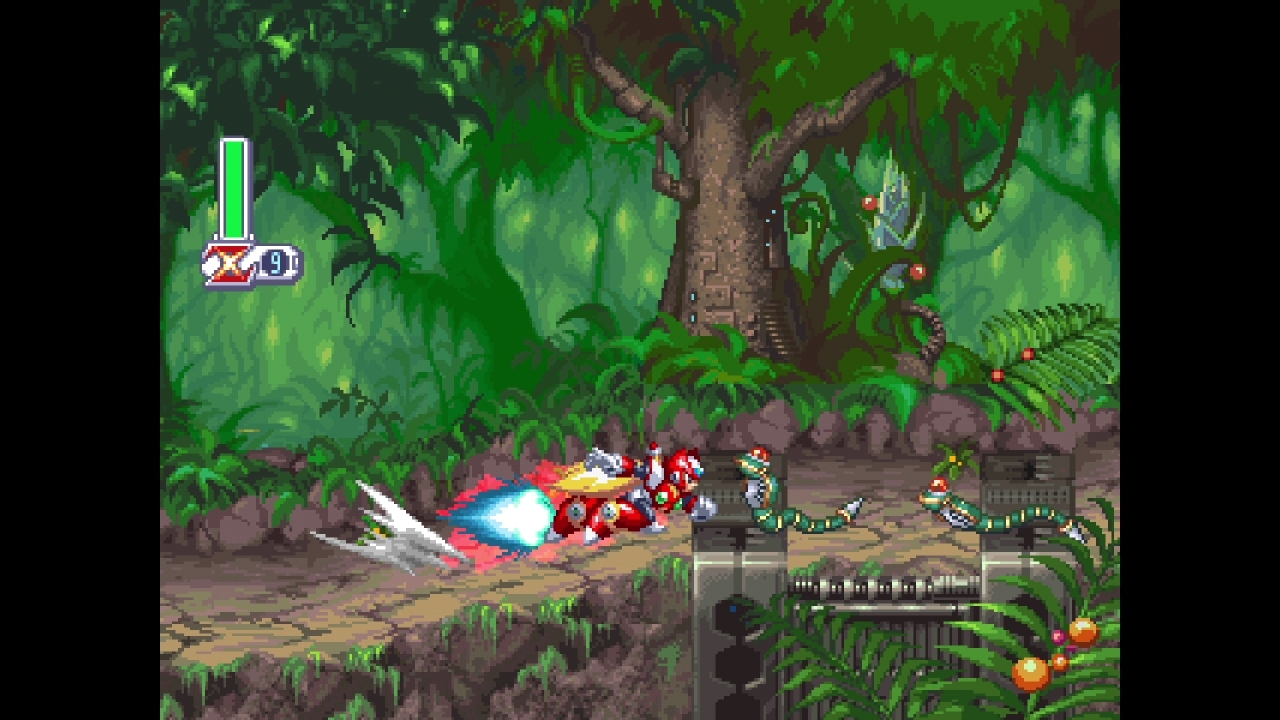 Mega Man X Legacy Collection 1+2 provides a lot of value for players. The first four entries are top-shelf games, while the fifth is a slight dropoff and the sixth is a bigger dropoff, but still fun to play in short bursts. X7 and X8 are misfires, with a slight uptick in quality for the latter. As a complete package, there’s a lot to enjoy about the first six entries though and those games make the collection worth buying. The final two games serve as a cautionary tale for how much care really does need to be taken with a beloved franchise to avoid franchise rot and are worth playing as curiosities if nothing else. The extra content like music, art and merchandise galleries are fun and offer up a nice break in the action so you can stay in the Mega Man X zone without burning yourself out on the games.