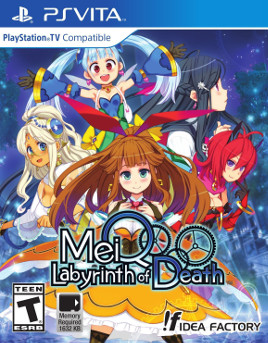 In the brief time I have written for Hardcore Gamer, certain themes have been recurring in my assignments.  In particular, there are three subtypes of games that I tend to cover more often than others: zombie games, remakes/remasters and Japanese games with young cartoon ladies who are blessed with an abundance of chesticular fortitude.  This last category is where I am currently deficient, but thankfully MeiQ: Labyrinth of Death has come into reach of my grasping hands, as I have longed to squeeze out another game review filled with the breast type of puns and bad jokes (hate mail is better than no mail).

The world in MeiQ seems to have fallen into a state of eternal night.  How this works exactly we won’t get into since the day and night cycle is based on the planet rotating on its axis point so part of it should be in perpetual day, so we will exercise some suspension of disbelief to say okay, it is night all the time.  A group of young women known of Machina Mages go to Machina City to set things right and restore the natural cycle of day and night, which to do so they seek guidance from the elder of Southern Cross, who is a talking cat with mages robes, but he is the Grand Master and above all other regions’ Guild Masters.  As someone who lives with cats, my optimism about this Grand Master being the real McCoy vanishes like fish on an unguarded plate.

As luck would have it, these young ladies with chestlestial blessings from the order most high are all here to restore order.  Are they working together or competing with each other?  The answer is yes.  Estra, the character the player takes control of, seems very naive in the ways of the world but is also very bubbly and friendly and wants to be friends with the other Machina Mages.  Methinks her upbeat personality and naivete got hand in hand and she will become more bitter and cynical after spending time in the towers with these other characters, especially Flare, but I digress. 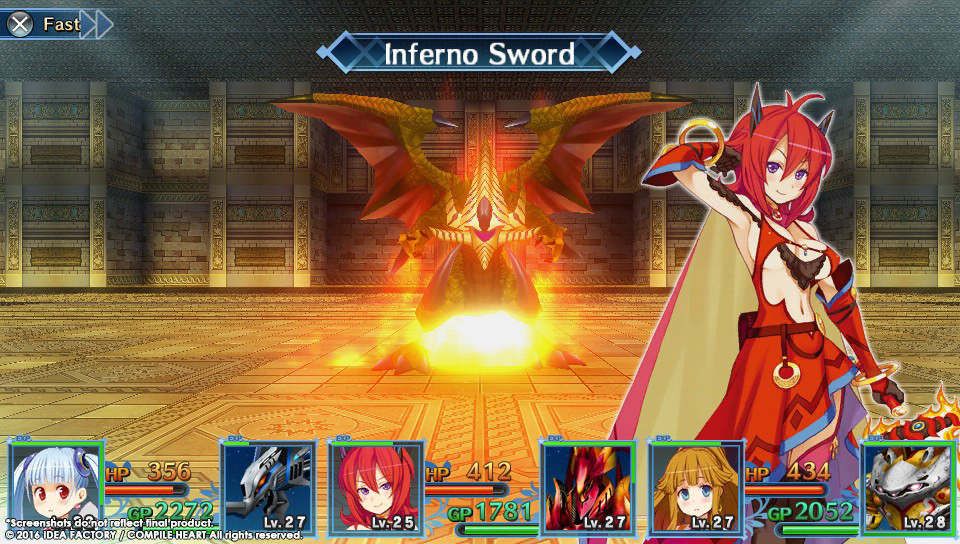 Estra encourages everyone to do their best and acts as if friendship is what she wants, what she really really wants, but only the best Machina Mage who overcomes the challenges of each tower gets to partake in the ritual.  The interactions between the characters falls into a competitive family sort of dynamic.  For example, Flare is very competitive to the point of challenging Estra to battle on more than one occasion, and naturally laments her defeat.  Connie acts like an oblivious child and seems like sending her to these towers would be more a liability that anything else since she tends to get blissfully lost and spin around in circles.  Setia is shy and filled with self doubt, but she claims she will do her best to not hold Estra back.  Maki seems to be the most helpful to Estra out of the five chosen Machina Mages, who seems focused on their mission without being dead weight or stirring up unnecessary competition.

How this game is actually played is the player takes control of Estra and guides through the multiple floors of a tower.  This is done in a traditional first person dungeon crawler perspective.  The mini map size can be adjusted to the size the player is most comfortable with which is a great feature.  Wandering through the labyrinthine towers can lead to discovery of a number of things such as treasure, trap doors, warp points, sealed doors, and random monster battles.  There are also many areas that are artificially blocked off which forces the player to retrace their footsteps and do a healthy amount of backtracking.  This appears to be a way to extend the play time of MeiQ but it does show in a tedious way.  Returning to earlier areas in hopes of completing the map or acquiring a special item definitely feel more like a chore than enjoyment. 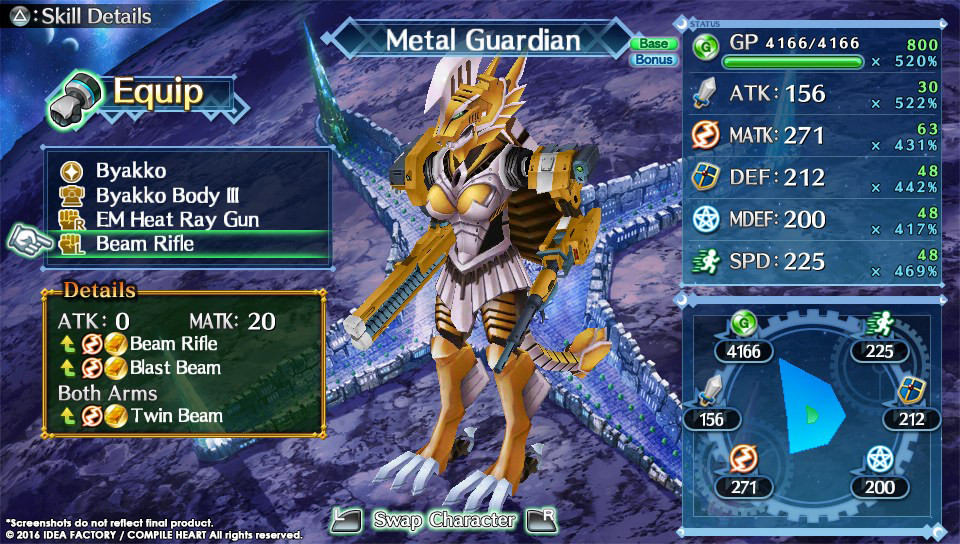 Battles are fought through turn based combat in a very traditional RPG style.  The player is able to switch between controlling Machina Mage or her Guardian, which can be one of several different elemental based mechs.  When the Machina Mage is controlled she can use her magic to attack or repair or Guardian, but she herself is vulnerable to attack.  When the Guardian is active, the Mage is safe from harm but the Guardian’s upkeep needs to be maintained lest these poor girls have to lug defunct mechs around.  The battle system is based around five different elemental forces, which are earth, fire, wood, metal, and water.  These behave like paper rock scissors, but because there are five elements it is more like rock paper scissors lizard spock.  Each element is strong against one element and very weak against another.

The battle system makes an attempt for depth and complexity but the reality is it is quite simple.  The five way elemental system, once it is learned, makes it so you can outfit the best Guardian with the most appropriate equipment based on what its base element is and what tower you are exploring.  Ether points are earned through battle that can be spent to customize parts and abilities for the Guardians, but combat is really so simple that there is little reason to spend the time upgrading the parts.  There are optional guild quests that can be taken, but the majority of these are fetching random item drops from battle, which after doing a couple of these turns into a mundane chore. 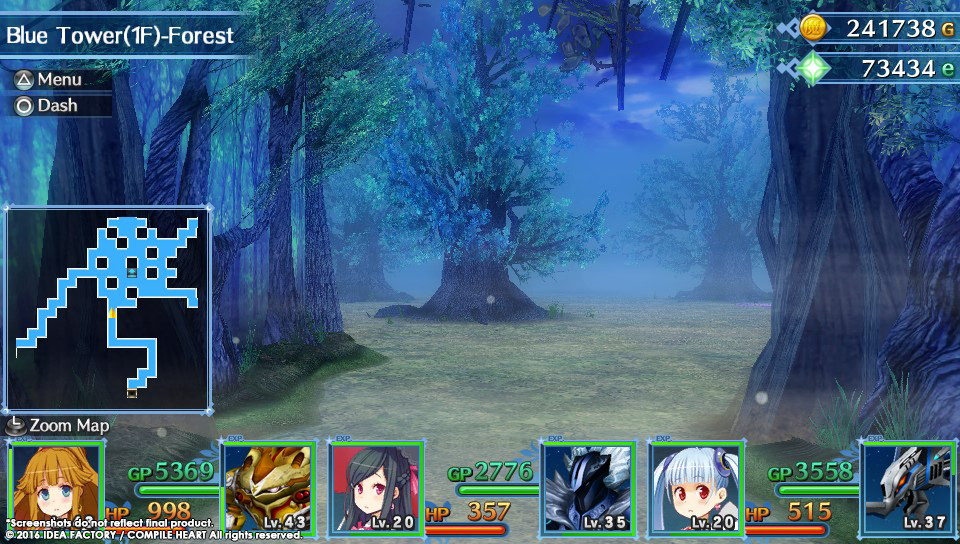 MeiQ: Labyrinth of Death is a good though unremarkable game.  There are better dungeon crawlers available for the Vita, but fans of the genre will likely enjoy MeiQ in spite of its flaws.  Being able to build up the Guardians and the elemental system are good ideas, but because of the simplistic nature of combat, neither idea lives up to its potential.  The characters and Guardian designs are interesting though most of the common enemies look rather generic.  I would recommend this game only to people who cannot get enough of dungeon crawlers or just happen to love everything Compile Heart creates.