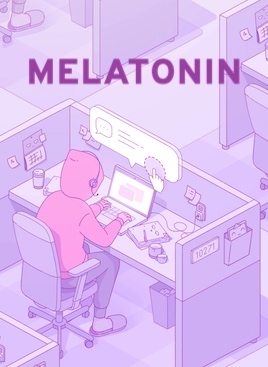 You can’t imagine any other form of media being praised for the ways in which it works against you. How specifically it draws you into a false sense of security, only to pull that most-figurative of rugs from out beneath your feet. Lending itself to a vulnerable period of uncertainty and added pressure to keep proceedings going according to that otherwise presumed plan. Sure, you could argue literature and movies are no strangers to the concept of red herrings, distrustful narrators and other such means to lead their readers/viewers astray. But that means of catching your audience off-guard has far more persuasion and staying power when it’s interactive on top. Better still, when it’s those very interactions that so quickly become antagonistic in the blink of an eye.

While it may still quintessentially be a rhythm game — a game all about timing one’s prompts to the audio playing and the visual cues shown — it’s less a case that Melatonin doesn’t make things easy obviously, but that it’s so eager to lead its players into that same false sense of security and assurance. And better still: how in each of these scenarios, Melatonin so often comes across as a game that’s always one or maybe two steps ahead of your own line of thinking. Just as you think you have a good groove maintained, there’s Melatonin with its sleight of hand play. Panic seeping in, even if for just a brief moment. Another example whereby the game has not only caught you off-guard, it’s well and truly played you. Touché game, touché.

It’s a great tool to have, not least in this kind of game whose mechanics are potentially singular and its premise quickly in danger of growing stale. Not least when developer Half Asleep leave it to a mere handful of button prompts — a controller’s A button for tapping and holding down alike, alongside both triggers — in navigating a series of stages housing four levels and one compilation-esque climax each. And yet as simple as its premise may look and as minimal one’s interaction might end up quickly becoming, Melatonin‘s mind-games are something else. Knowing when specifically to mix things up and put you in that precarious spot. Having been reliant on a key visual or animation, only for said animation to be hidden, obscured or manipulated in some fashion. For those seemingly first two hours, Melatonin is smart, deceptive, cheekily so, but more than warranted in what it grants, only to then subtract and take it away, just as you start to feel comfortable. A great opening third, you might think as you get past one anxious end-of-level climax after another. I wonder how it’ll evolve the formula and build on it later down the line. 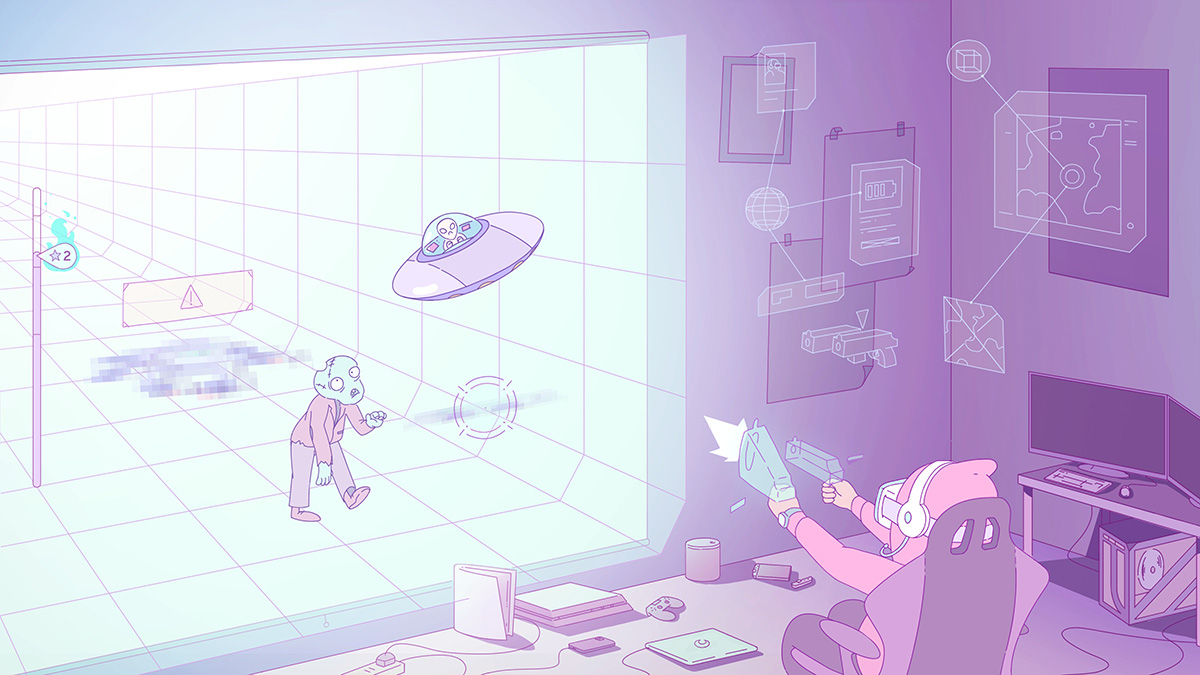 But then it doesn’t. Winding up as you do with the grand finale that compiles all previous compilations into a presumably-fitting and even more anxious send-off…and that’s it. Roll credits, time invested more than a couple of hours at most. It’s less disappointment per se and more a case that the way Melatonin ends is so abrupt, you can’t help but feel that the game (let alone those playing through it) is deserving of that hypothetical second-half. A means whereby the game experiments more with other time signatures perhaps, given all of Melatonin‘s tracks stick to the common-time 4/4 signature. There are no surprise shifts to a 3/4 waltz, or more unconventional 5/4, 7/4 or 6/8 bars. Levels do speed up and slow down abruptly — requiring you to re-orientate one’s senses in knowing when to hit that desired button prompt. But aside from this, there’s little by way of experimenting or diversifying its base formula, which is as noted, if not entirely disappointing, a slight let-down given how well Melatonin performs as this trustful/distrustful sequence of audio-visual cues.

Which is where the game just about manages to push back against that aforementioned abrupt end. Delivering one set of deceptive cues, after another without ever feeling like it’s being all too helpful. Melatonin is rather more sly in that respect, but done so in a way that’s surprising, but compelling to see bested. The general premise across all levels is that the game provides you with beat-mapped animations, guiding you on when and when not to hit a button, or in some cases, holding it down until required to let go. Later down the line, mixing up the visuals in one or a multitude of ways — to see if you’ve been paying attention or have simply been using the aid of its visuals as a crutch. 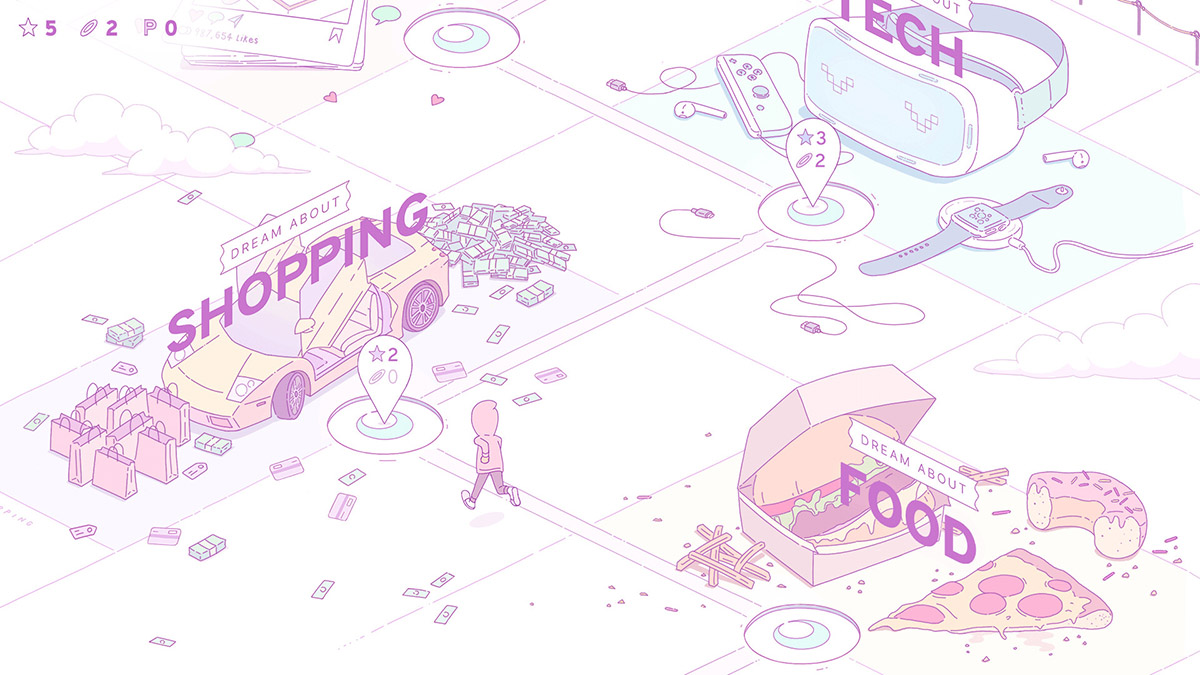 Even after several levels of this same rug-pull, it’s surprising at just how well (and repeatedly so) Melatonin manages to find new ways to mix things up. Thus preventing this trickery of sort from feeling like some tired joke having lost its punch-line. One example involving a repeating pattern of such; that previous one/two-steps ahead vibe coming into play, as the game knowingly suspects where your focus is likely to land…to then manipulate even that on top. For something as conceptually basic as the presence or lack thereof of a visual cue, Melatonin does a great job at straddling the line between unnerving and uncomfortable, when it comes to messing with your focus. Not once do you feel its shake-ups or its alterations come out of nowhere or are merely flung in to ruin your otherwise flawless strive for a “Perfect” run. Said run requiring you to nail all required interactions on-time — neither too early nor too late. You know full well they’re coming and it’s almost always a pleasure (possibly sprinkled with brief annoyance) to see how Melatonin plays with each of its level’s scenarios. In a way that’s in keeping with the visuals, but isn’t so obvious that you can see where things are heading.

Inevitably there are situations where the game doesn’t get the balance between audio and visual importance right. Some cases where the brief half-second cue to do something is not as prevalent as it should be the first time. One level centered around a crane arcade game — though its practice phase may seem like it’s easy to get to grips with — may well be the one that frustrates people the most. Primarily because its forewarning is so narrow and its window of opportunity oddly inconsistent. Another involving a set of ladders you both climb and hop left or right between is one that gets better with muscle memory rather than anything useful the game itself is providing. And sure muscle memory, you could argue, will eventually find its way into all of the levels, but for all it gets right when it comes to synchronizing presentation and gameplay, there are admittedly a few levels here and there that come off too lost for their own good. 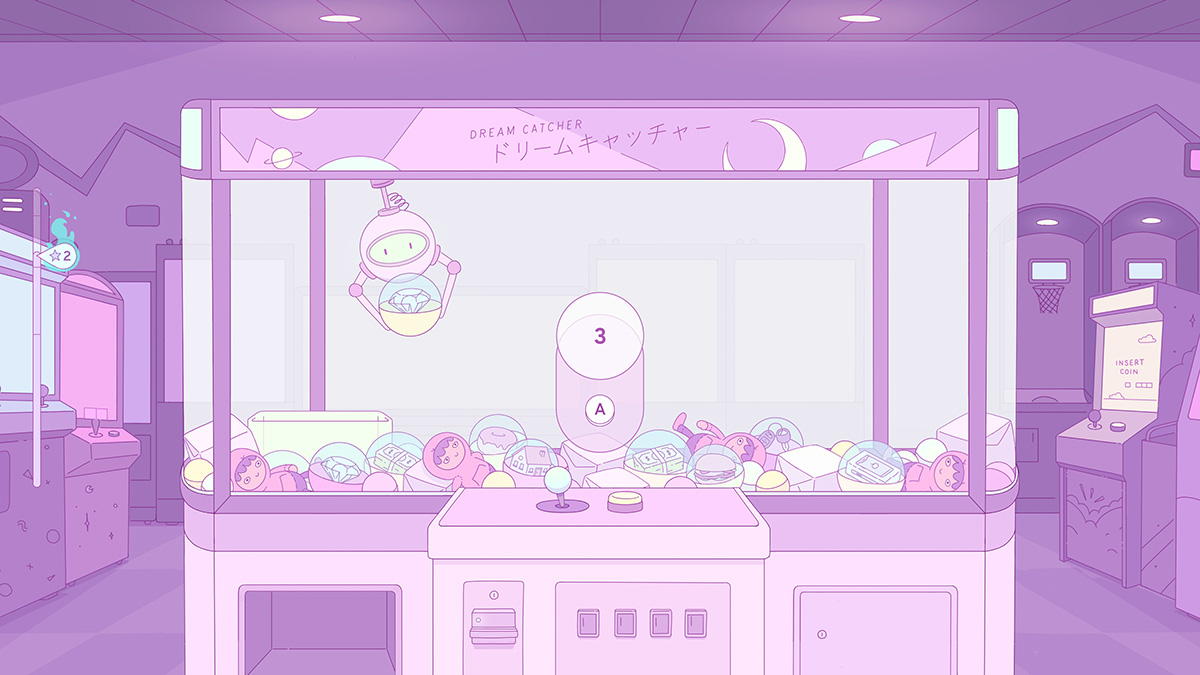 Cleverly-orchestrated, if sadly a little on the abrupt side due to its short run-time, Melatonin‘s way with visuals is matched only by its delightful and genuine sense of challenge across its myriad of rhythm encounters. A shame then that despite a more than solid foundation, the game doesn’t go out of its way to fully explore its concept — the absence of other time signatures the most notable exclusion here. Even so, what it may lack in some true wealth of ideas, developer Half Asleep make up for, to sufficient lengths, in this ongoing series of mind games with its player. Drawing them in, aiding them, suggesting said scenarios have been solved, to then shake things up and catch them off-guard time after time. A trick, though repeated, that rarely gets old thanks to some cunning creativity and way with visuals, Melatonin is a satisfying if short distraction you’ll adamantly want to prove won’t get the best of you.