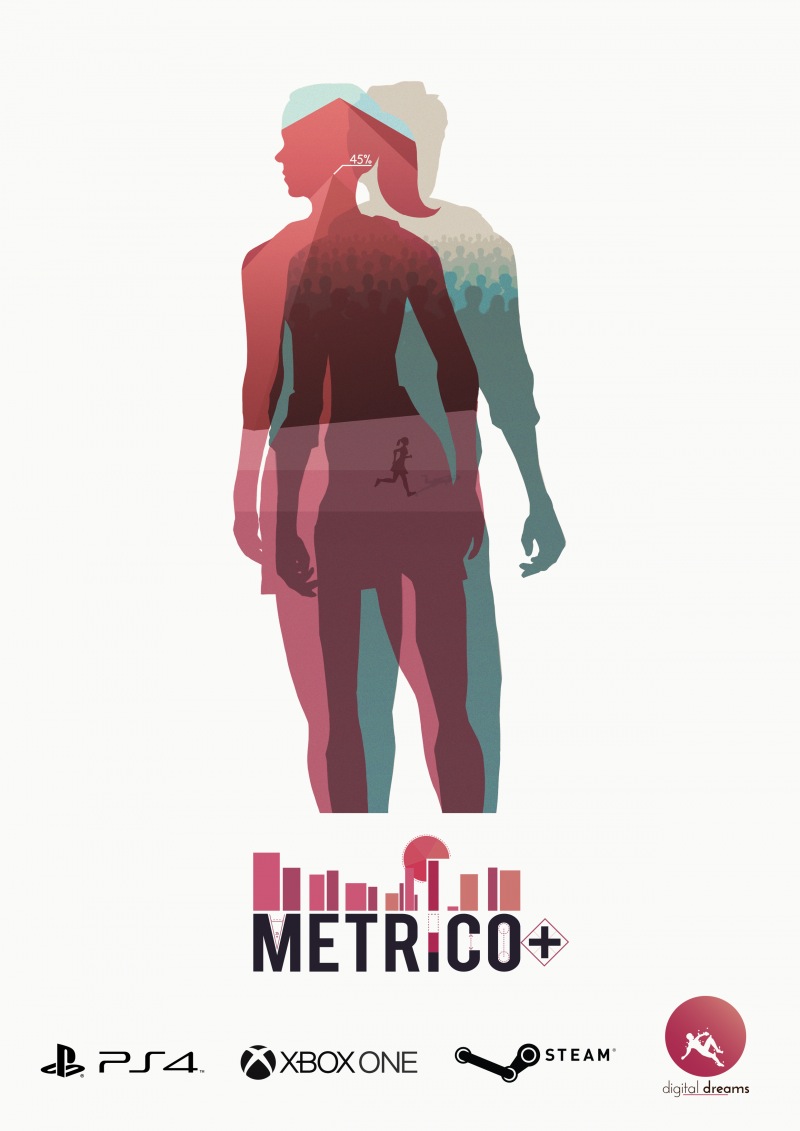 When Metrico was originally released in 2014, it instantly became one of the best showpieces for the Vita’s host of unique features. On one hand, it was great to see a studio aim to create a title that takes full advantage of a system’s unique elements. Sadly for players, Metrico was a better video game when it used traditional controls rather than the bizarre moments where you need to utilize gimmicks like tilt functionality and real-world lighting. Even though Metrico became a downright nuisance to play towards its latter stages, there was something special about the emphasis Digital Dreams placed on player experimentation. Its puzzles bucked standard genre trends thanks to inventive mechanics that encouraged players to consider every possible solution to a given sequence. Long story short, Metrico was a neat game that would have been way better had it been bound to a standard controller.

Thankfully for those who don’t own a Vita, as well as those who enjoyed the original for what it was, Metrico+ is now out in the wild. While Metrico+ is not a full-fledged sequel, there’s enough new content here for it to be considered its own game. Aside from the fact that Metrico+ completely ditches any sort of gimmicky control mechanics in favor of a traditional control scheme, certain segments have been either heavily reworked or replaced entirely. This isn’t simply a cut and paste remastering effort, and this the entire title to new heights. Make no mistake, if you’re the type of player who finds the feeling of being stumped on a puzzle completely infuriating, then Metrico+ is going to entice some rage within you. As someone who played through and reviewed the original, it’s a joy to report that the combination of an entirely new story, new content and a more logical control scheme make Metrico+ the game we were hoping for back in 2014.

If you’re unfamiliar with Metrico, know that it’s simple in premise and complex in execution. Players take the role of an unnamed character tasked with making their way through a world made up of charts, figures, graphs and shapes. Along the way, you gain access to more and more abilities, complicating subsequent puzzles significantly. New to Metrico+ is a revamped narrative that dives into what it truly means to be human (at least that’s the impression it gives off along the way), but this isn’t the type of game that you’re going to play for the story. Granted, its bizarre ending is definitely worth playing through to see, but the real draw here is the gameplay. 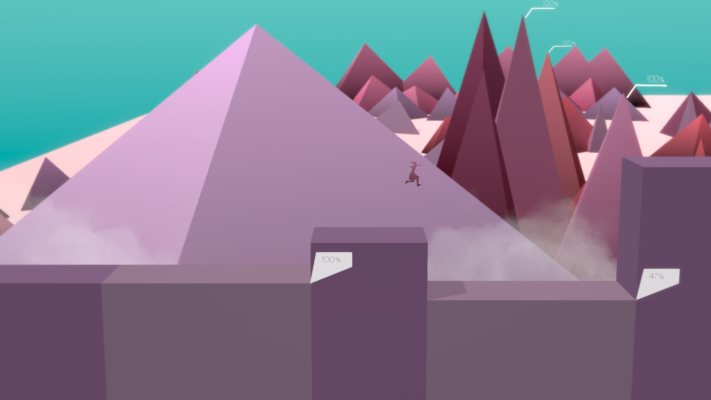 Like in its original form, Metrico+ is broken up into stages where certain elements will react in different ways to actions you take. For instance, a platform might raise out of reach if you jump too many times, or dying may extend a bridge enough to be useful. The first portion of the original Metrico generally stuck to pretty standard control mechanics, allowing the experimentation on the player’s part feel tied to the game world, whereas later stages emphasized control input experimentation. Digital Dreams appears to have learned that weird control gimmicks will weigh down a game far more often than they enhance it. Because you no longer have to worry about the original’s ridiculous controls, you’re able to fully engage the problems on your screen without fully breaking immersion.

Of course, if you were to just take the old mechanics of the original Metrico and throw them onto a traditional controller, the result would be somewhere in the realm of those terrible mobile ports you see on Steam. Considering that the biggest draw here is the way in which mechanics influence the world around you, it makes sense that Digital Dreams would rework a couple of gameplay elements to fit a normal controller. The biggest addition by far is the introduction of a teleportation mechanic that allows players to swap spots with any enemies they notice on screen. The final segments of Metrico+ take this mechanic and pull every possible drop of puzzle content out of it, with later puzzles involving the combination of shooting projectiles, teleportation and maintaining precise timing. 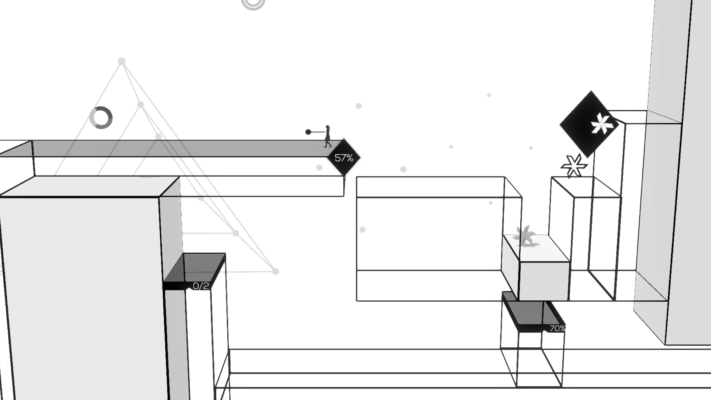 Compared to the original Metrico, Metrico+ feels like a game that has a heavier reliance on aiming and shooting rather than a title that pushes the boundaries of what it means to control a video game. Thankfully, this more refined approach and these new mechanics are far more fun and engaging than any of the late game content in the original version.

Aside from the mechanical differences towards the latter stages and a decreased emphasis on gimmicky controls, Metrico+ isn’t different enough from the original to be considered a full-fledged sequel. Yes, the revamped visuals definitely allow for environments to pop a little bit more, but all-in-all this should be considered a realization of what the original Metrico should have been rather than an entirely new experience. It’s worth noting that Metrico+ runs like an absolute dream on PC. Sure, it’s not the type of game that’s going to push your rig to its limits, but the fact that it never ceased to run at a smooth 144 frames-per-second on my rig was a pleasant surprise considering games like Valley 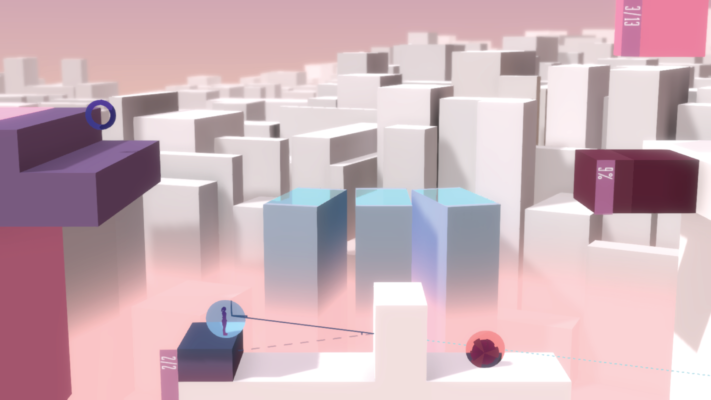 It’s great to see developers take criticism to heart and use those lessons to create a better experience the second time around. While it would be nice to play this game on a handheld, considering that Metrico+‘s more refined, streamlined gameplay would be perfect for a portable system, being able to dive into such a unique title without having to struggle against some baffling control mechanics makes this the game that we were hoping for two years ago. What’s more, being able to play through a couple of new sections gives those who played through the original Metrico a chance to dive into this intriguing title without feeling like they’re just playing through the same content over again. With the lessons that Digital Dreams has clearly learned, it’s going to be fascinating to see what the small studio does next. After all, this is a team that clearly understands how to improve over time.