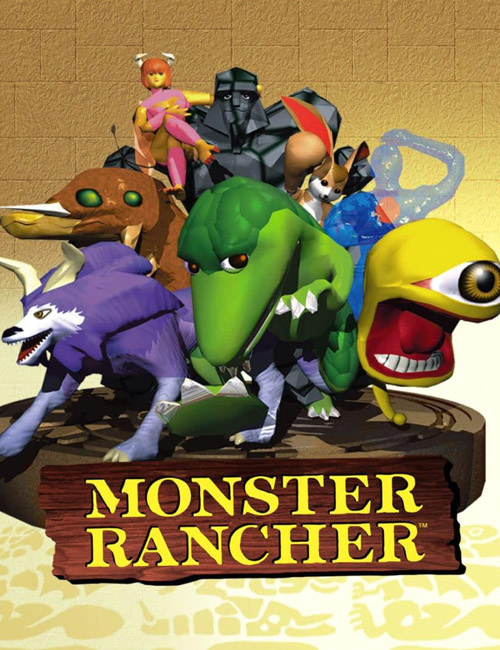 Back in the ‘90s, the monster collection genre was a huge craze. Pokémon, Digimon, Shin Megami Tensei and of course Monster Rancher were just a few of the popular entries that spawned rather sizable franchises. Unfortunately for the latter, it has been over a decade since we’ve last seen Suezo or Mocchi on our screens, at least until today. Tecmo has finally decided to remaster two of the best Monster Rancher games to ever be released, the first and second. The original PlayStation titles introduced a unique twist on the genre, tasking us with raising these monsters in different ways. Sure, we’ll be battling others, but how we get to the highest ranks was more similar to farming. If all goes well, hopefully Tecmo will not only remaster the third and fourth titles, but maybe come out with a new entry in the beloved franchise.

Monster Rancher is all about obtaining creatures and raising them on your farm. The biggest thing going for it back in the day was that you could put any CD into your PlayStation, be it music or another game, and it would pop out a specific monster. Because most computers and of course the Switch don’t have the means of swapping out a CD, Tecmo has gone the route of inputting what looks like thousands of different CDs into a database that you can simply search for. You will be able to obtain a monster tied to whichever game or album you pick — and we should note that results are different from what they were back in the day. There are even more powerful monsters you can obtain down the line if you get the right permits. While I loved the system in the past, and it’s a fantastic effort on the team to create a huge array of options to choose from (especially considering you can randomize your choice), it removes a lot of the fun of the mechanic. Previously we had to settle with whatever monster we got based on our collection limitations. At this point, since we have everything at our disposal, we may as well be able to see which monster is tied to what and make our choices based on that. It just feels like the novelty of this system has worn off. 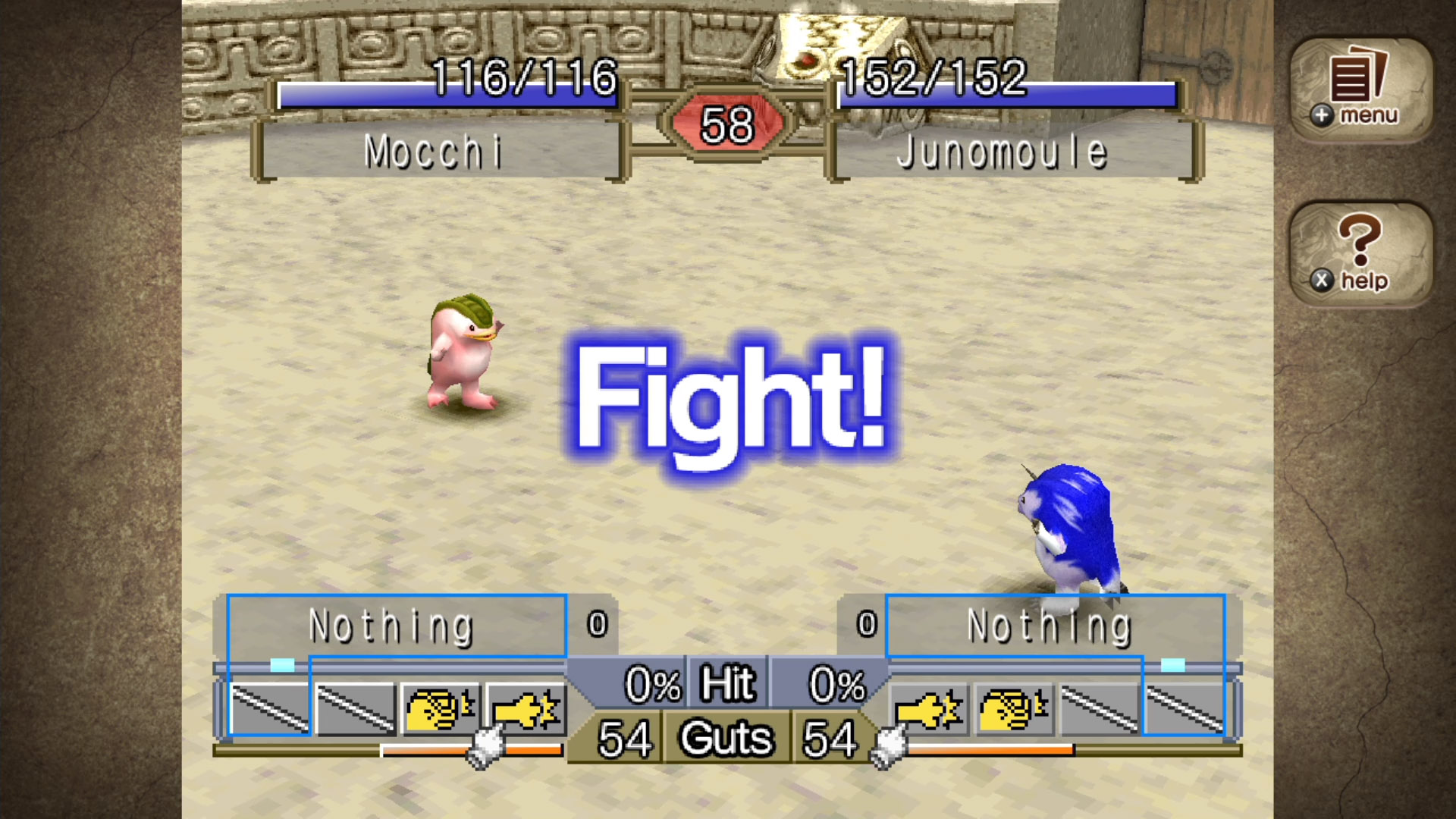 Mechanically, both Monster Ranchers play like a 25-year-old game and are rough around the edges. You’ll be taking minimal control over your monster as the core gameplay around Monster Rancher is training them to be stronger. This involves various stages in which there’s a chance for them to pass or fail. There’s a random number assigned to how much they improve and it’s all about balancing your stats as some activities will degrade certain stats while bolstering others. The whole purpose is to raise a monster to be as strong as possible to the point you would combine them or store for later. There’s a surprising amount of depth, especially with Monster Rancher 2. Then there’s combat which, to say the least, is basic. This is where you have a little more control over your monster, being able to move forward or backwards, and even repel the enemy if they’re too close to you. The whole purpose is that you will have various skills that are based on distance and use up a certain amount of energy, so you need to coordinate accordingly.

The presentation is about what you’d expect. Tecmo has done what they could; this isn’t a remake, but a higher resolution version of the two titles, so monster models and even the 2D sprites aren’t going to wow anyone, especially in the original Monster Rancher. The second game holds up a better as you can clearly see the improvement over the two titles. There’s a higher resolution splash page to select between the two games, but outside of this, there’s minimal improvements to things such as the musical tracks, gameplay speed and UI. For that, to ensure Monster Rancher can be played with a keyboard and mouse, there are buttons on the sides of the screen to help players better navigate without much trouble, such as giving your monster commands and getting between menus quicker. These are good quality-of-life improvements that makes playing the game with a mouse more manageable. 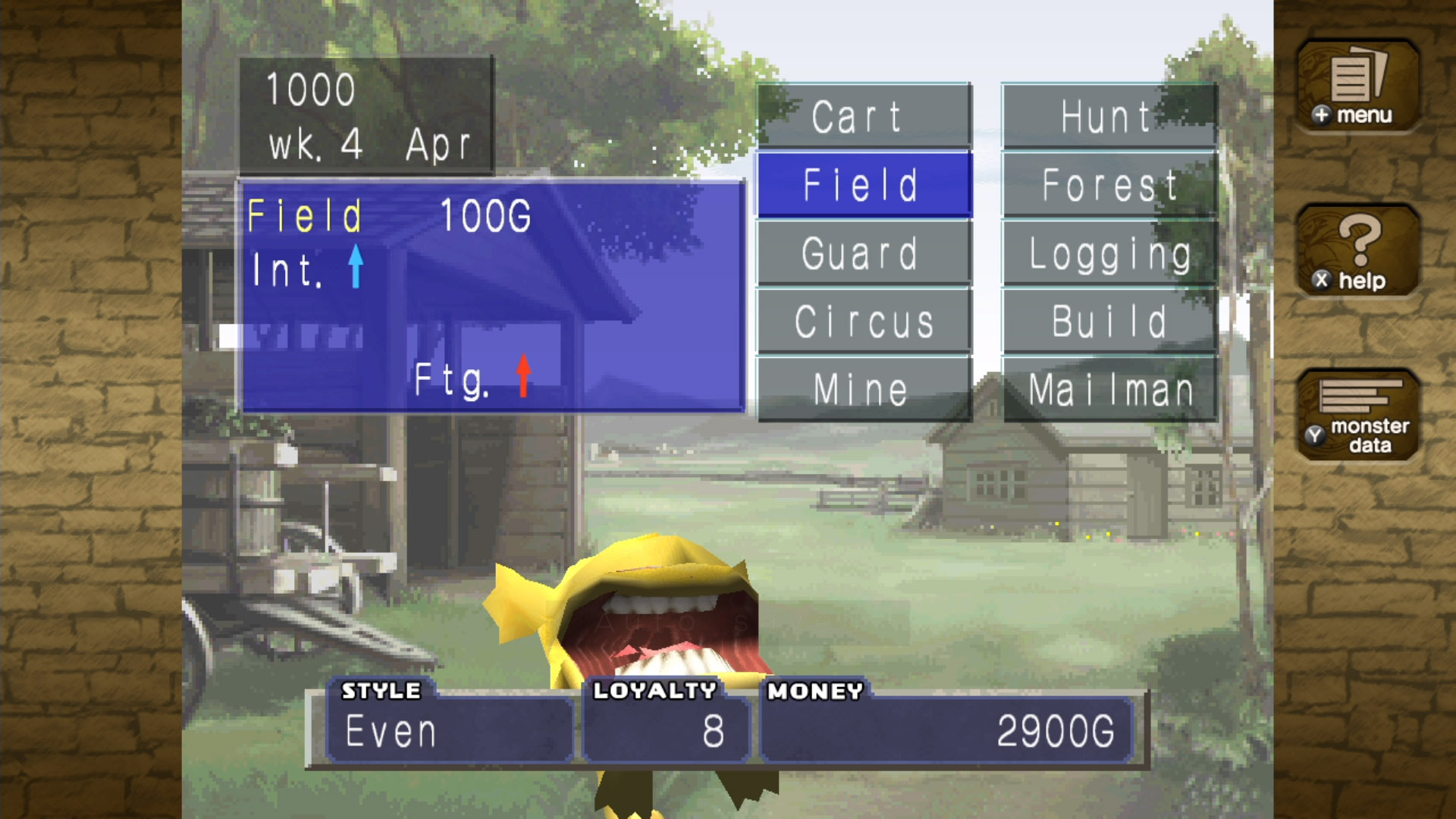 Monster Rancher 1&2 DX is a blast from the past, letting fans re-experience a classic while introducing new players to the franchise. The big take away is that these games have not aged particularly well. Mechanically, it’s rough around the edges, at least within the battle system. Raising a monster is one of the more compelling components as fans of micromanaging time and effort will have a blast. The disc system, or lack thereof now, is disappointing as it becomes a gaccha reroll machine that takes out the fun of picking up what you have around and using it. Granted, it’s hard to actually simulate a system that cannot be done today, but it’s just not the same. In the end, Monster Rancher 1 & 2 DX has done enough to justify the revisit of two of the most memorable monster games.