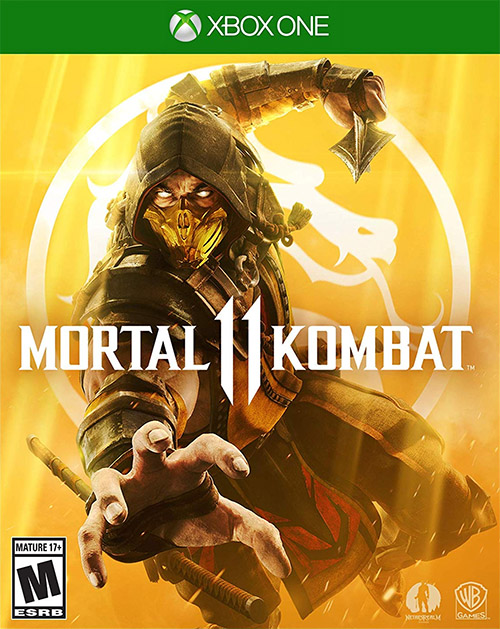 NetherRealm Studios’ evolution into a story-focused developer has been long coming. Starting with Mortal Kombat: Deception, each subsequent entry has evolved the way stories are told in fighting games. Mortal Kombat 11 is the pinnacle, featuring the most robust, well-choreographed, set-piece filled story mode to date. It was an impressive achievement, despite deep flaws with the storytelling, and it’s the centerpiece of Mortal Kombat 11: Aftermath. An expansion that focuses on narrative, Aftermath aims to add a new perspective to the lengthy 11 campaign. Is this the perfect ending to Mortal Kombat 11 or should Aftermath be tossed into the Sea of Blood?

Mortal Kombat 11: Aftermath picks up right at the ending of 11. Having defeated Kronika and gained her powers, Fire God Liu Kang prepares to build a new timeline. His efforts are stopped, however, by Shang Tsung, Fujin and Nightwolf. Freed from imprisonment, Shang Tsung explains that Liu Kang can’t reset the timeline without Kronika’s crown. He proposes that Liu Kang send him back in time to take the crown before Kronika claims it. Wary of Shang Tsung’s deception, Liu Kang agrees but also sends Fujin and Nightwolf to keep an eye on the sorcerer.

Aftermath’s time heist plot is deliciously enjoyable despite its predictability. The altered timeline and knowledge that a future Mortal Kombat 12 will likely be a clean slate allow NetherRealm more freedom to go crazy with the plot, which they gleefully do. A lot of that glee comes down to Cary Hiroyuki Tagawa’s perfect performance as Shang Tsung. He hams it up every scene he’s in, and the dialogue is well-written enough to keep players engaged and always wondering what Shang Tsung’s true motives are. 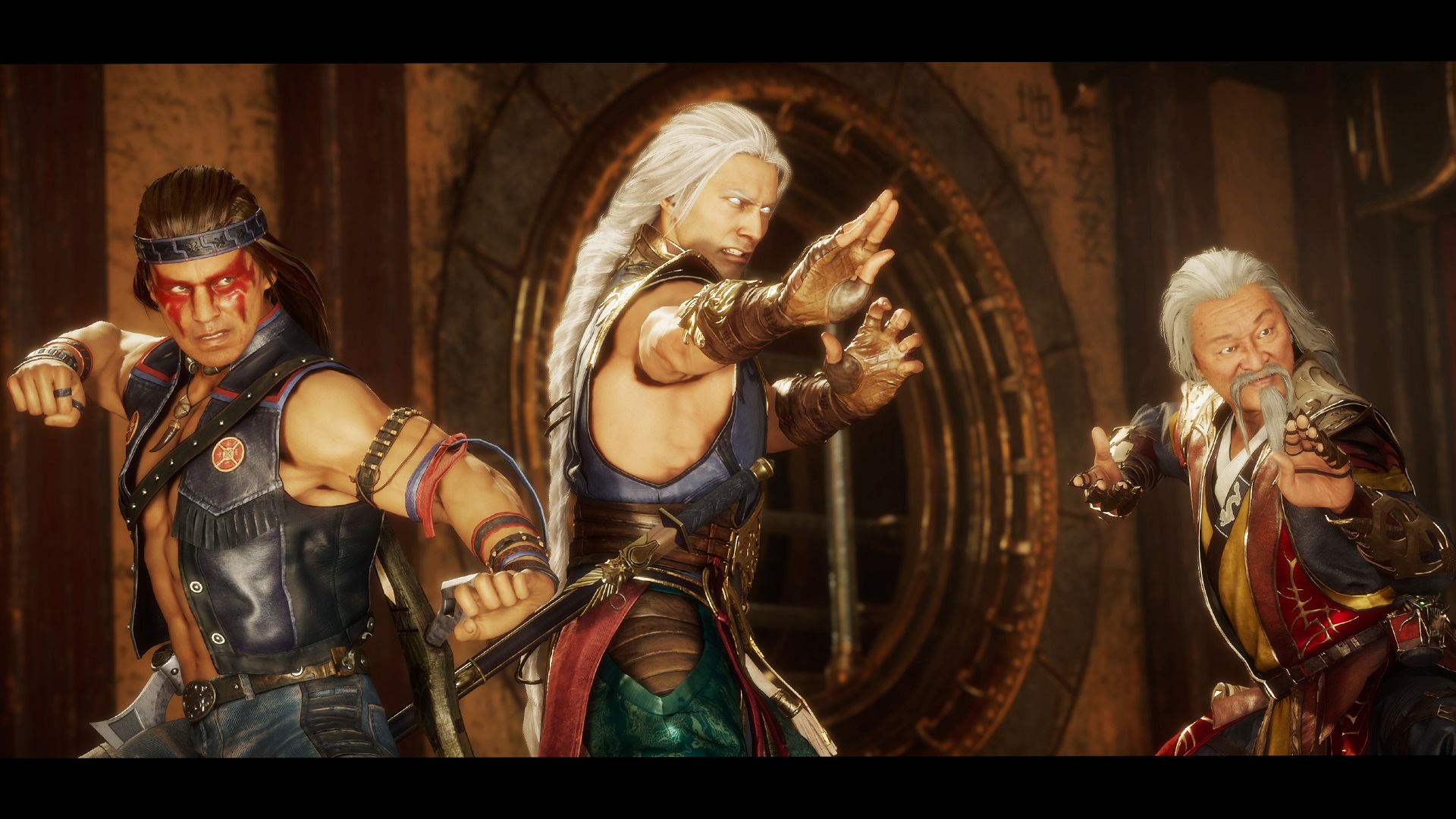 Aftermath serves as a showcase for the non-guest DLC characters, giving them a canon appearance during Mortal Kombat 11. Asides from one characterization that will genuinely anger longtime fans of the franchise, each character fits their purpose.

As in the main game, each character receives their own chapter with the game alternating between elaborately-choreographed cutscenes and in-game fights. The only change to the structure of the chapters is that each contains five fights this time rather than the standard four. Lasting 2-3 hours, the campaign is generally a good time to play through despite the inconsistencies and logical absurdities.

Aftermath adds an additional three new characters to the roster: Fujin, Sheeva and RoboCop. While Fujin and Sheeva appear in the campaign, RoboCop, as a guest character, is only playable outside the story. Overall, they’re a decent batch of characters to play with, though they’re not all of equal quality. 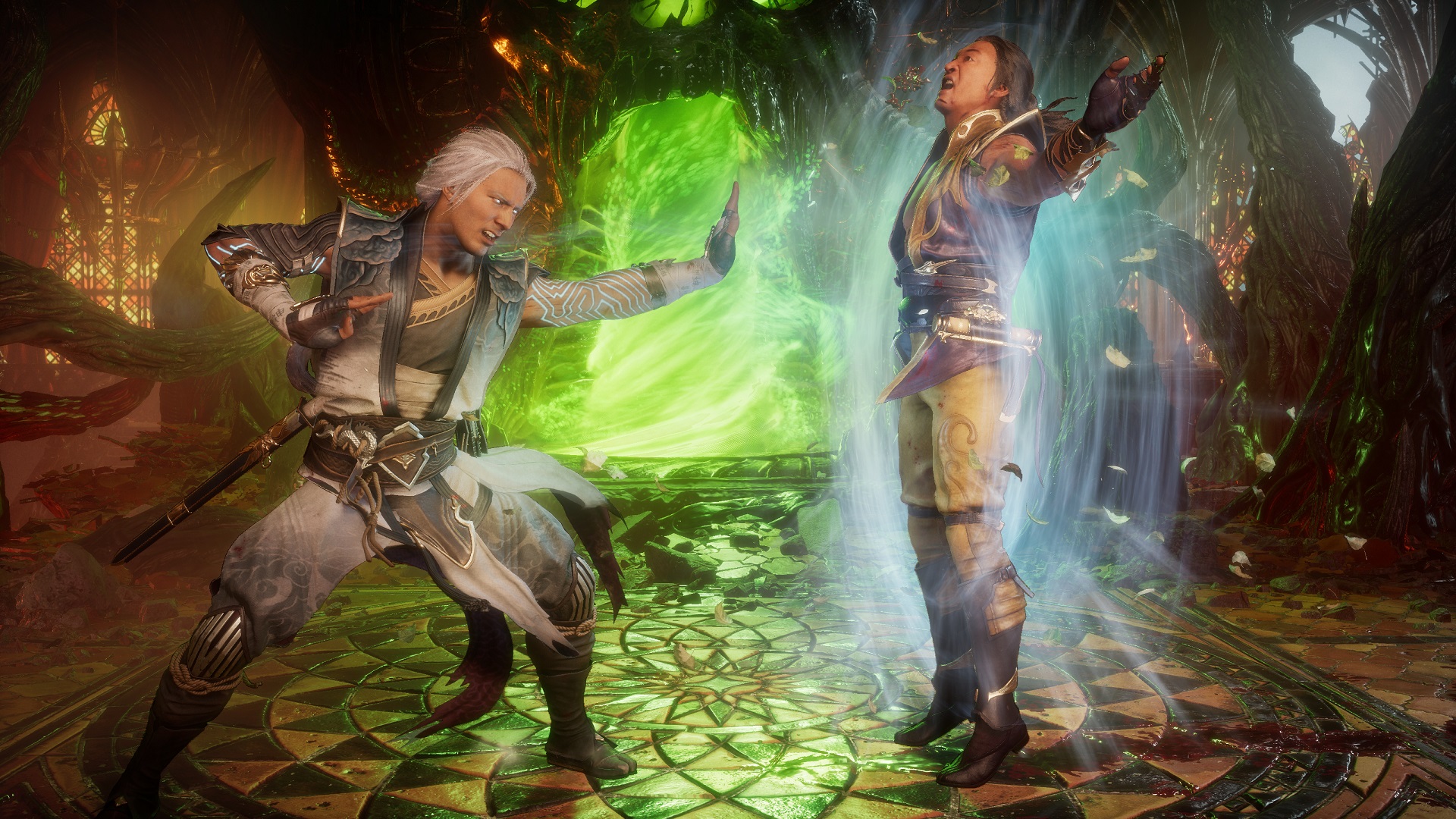 Of the three, Fujin is the most unique with the highest learning curve. His combos are graceful, yet unorthodox to input. Meanwhile, his specials involve crazy acrobatics like running on air, maneuvering a tornado or sliding under projectiles. He’s fun, but a challenge to master. Sheeva is the opposite. A brutal, up-close character, she’s easy to pick up and start knocking opponents around. While she doesn’t have as many ranged options as other characters, she’s a beast up close and personal.

RoboCop rounds out the new characters and is unfortunately the most boring of all the guest characters, even though Peter Weller returns to portray the character. RoboCop plays too similar to other characters in the game with a bland moveset consisting of small guns and big guns. He works well as a zoner and he’s easy to pick up and play. He just feels bland compared to every previous DLC character. 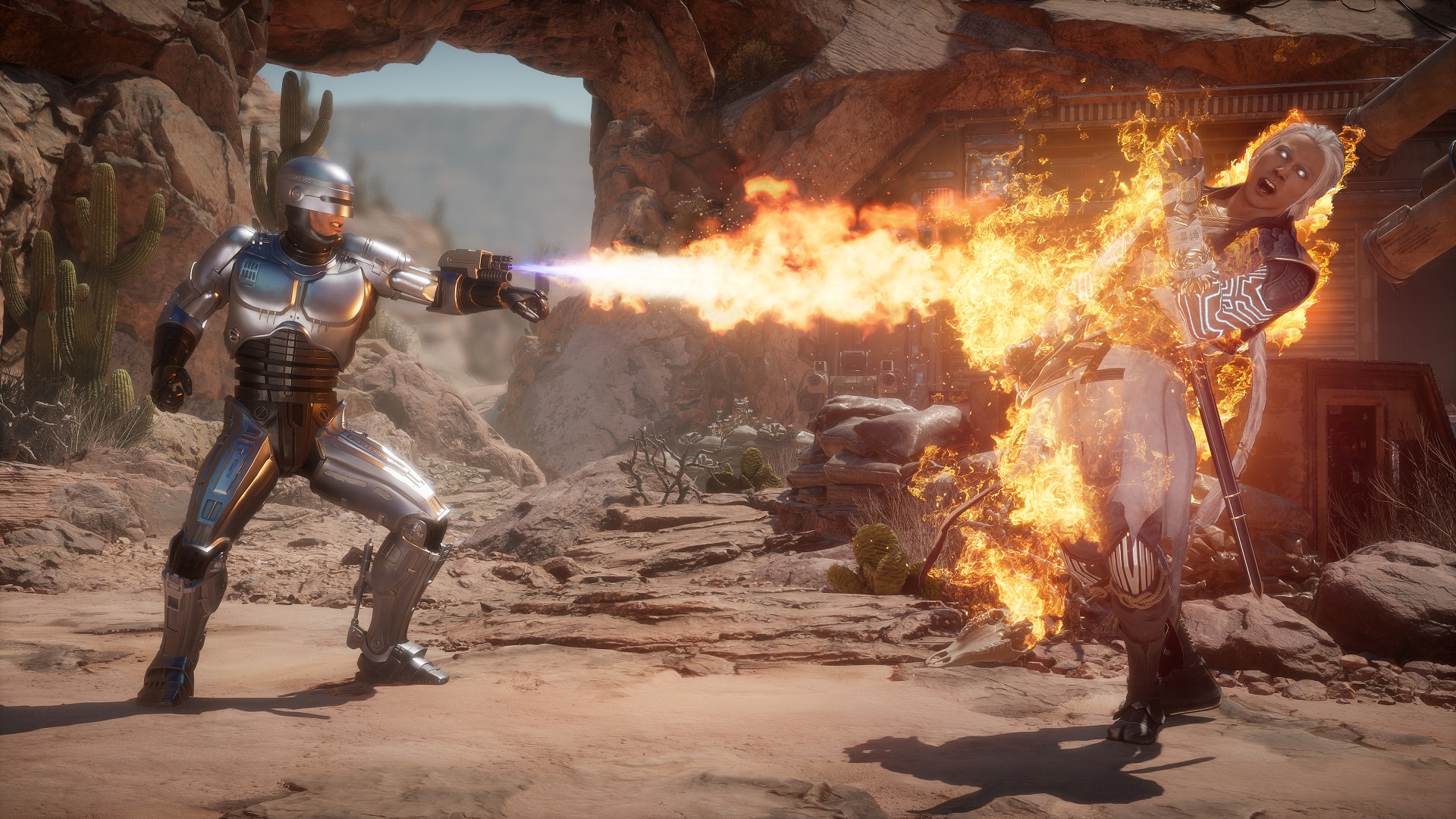 Rounding out the Aftermath experience are four new stages, the return of Friendships and stage fatalities. They’re all welcome additions, but they were delivered to all Mortal Kombat 11 players free of charge. While Mortal Kombat: Aftermath adds a 2-3 hour story, three characters and three skin packs, it doesn’t offer anything else, not even a new set of trophies or achievements to collect. With a forty dollar price tag, that’s an issue.

Taken as a whole, Mortal Kombat 11: Aftermath is an entertaining experience with a solidly fun story, two fun characters and a bland but still playable character. Taken altogether, however, the price ultimately feels too high for what’s on offer. The $59.99 base game featured a 4-6 hour campaign alongside 24 characters (25 if you pre-ordered). The $39.99 Kombat Pack included six characters and countless skin packs. There’s just simply not enough content in Mortal Kombat 11: Aftermath to justify such a hefty entry fee. Hopefully, NetherRealm will offer an option to buy the characters you want or only the story at a lower entry fee. 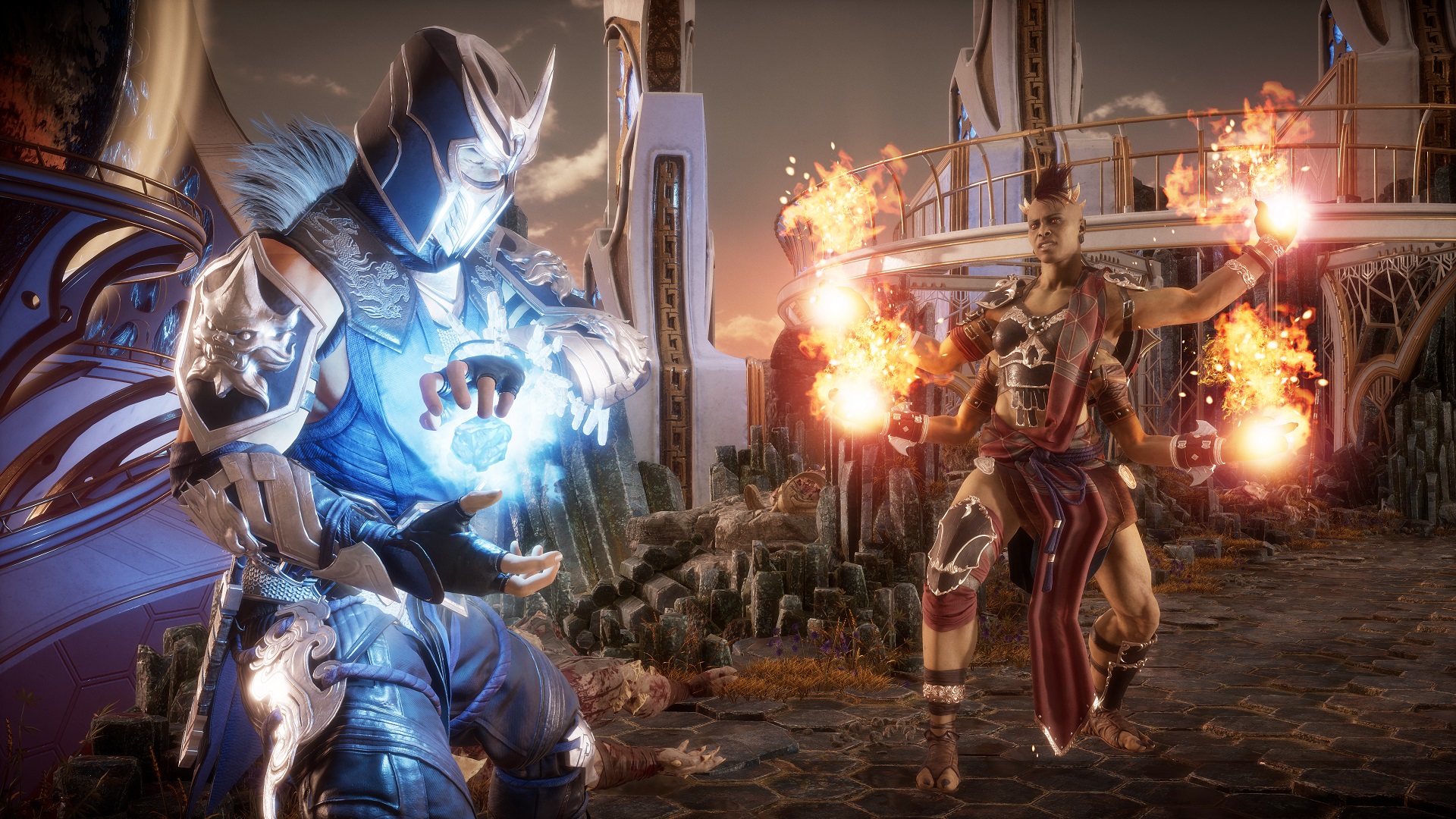 Mortal Kombat 11: Aftermath is an entertaining extra romp for those wanting more Mortal Kombat 11. Though it likely doesn’t change the trajectory of the franchise, it’s a fun 2-3 hours anchored by the phenomenal Cary Hiroyuki Tagawa. Fujin and Sheeva are decent additions to the roster, though RoboCop comes off as an uninspired choice for the third slot. There aren’t any new additions to the gameplay, outside of the free stages, Friendships and stage fatalities added for all players free of charge. If you loved Mortal Kombat 11, you’re going to enjoy Aftermath. Its weakness is the cost. For $39.99, Aftermath doesn’t supply enough to justify the price. The story is over too soon, and with only three new characters, the offering comes off as shallow when compared to what players got in the base game and Kombat Pack. As an expansion, Mortal Kombat 11: Aftermath features a quality addition to the campaign and three new characters that are mostly high quality. While quality should always trump quantity, Mortal Kombat 11: Aftermath is a case where the quality can’t justify the high cost.