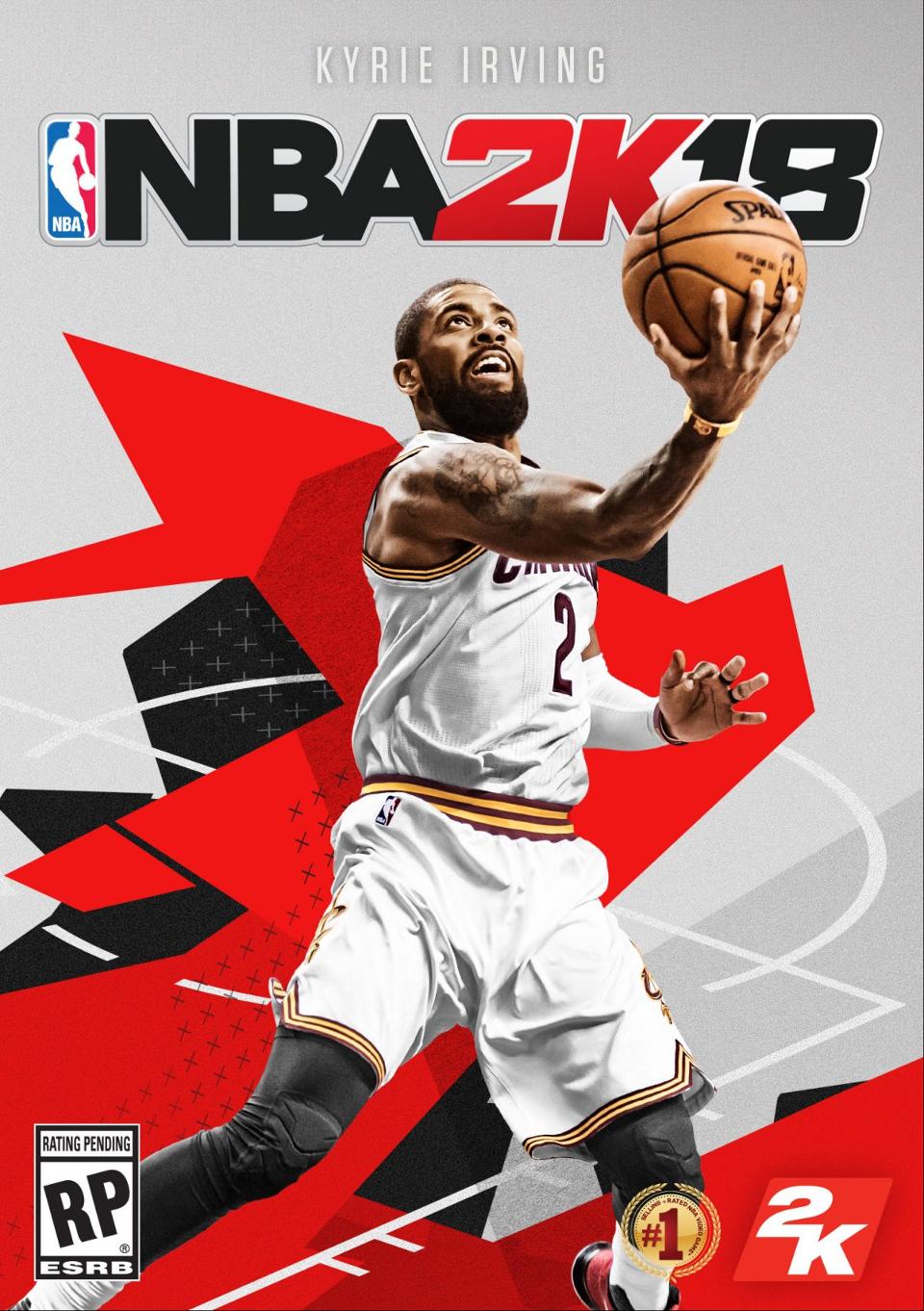 Sports games have long been maligned for their tendency to rely upon the mechanics and modes of the previous entries, while still charging a full price each year for what some consider to just be a mere roster and slight graphical update. Yet, what happens when the sport that the title is mirroring is itself falling under a similar cycle? Each of the last three years, the real-life NBA finals have featured the same two teams, and while the victor has alternated, there are no significant indicators that these two won’t manage to repeat for the year, or possible years, to come. With both of these factors working against 2K, some could be right to be worried that this may be too much for the studio to overcome, breaking the franchise’s streak of stellar titles. Fortunately, 2K18 does not succumb to any of these potential problems, as the enhancements to MyCareer and the continued focus on authentic presentation and solid mechanics makes for another strong year for the basketball simulator.

2K18’s gameplay remains as consistently deep and entertaining on a moment-to-moment basis as any title within the genre. The shocking amount of animations for both simple and complex motions makes each player, pre-generated or otherwise, feel unique from one another. The HUD surrounding the players have received minor changes, which may prove slightly off-putting to regular fans of the franchise, but takes little to no time to get adjusted to. While many of the same skills are present within each player, acceleration now plays a larger role, putting a more necessary focus on one’s usage of turbo when driving down the court. Other than those few minor changes, NBA 2K18’s mechanics remail largely unaltered, providing a similar but still reliably enjoyable experience that helps benefits each of the game’s available modes.

The mode that has received the most significant improvements is, once again, MyCareer, where players create their own future NBA superstar and take them on a journey from the streets to a professional career. This year’s story follows the life of DJ, who, after pursuing a career in the music industry after a previous failed attempt at basketball stardom, returns to the courts as an undrafted rookie. The cast of characters that join DJ, from his enthusiastic best friend to his veteran teammate mentor, each bring their own flavor to the ongoing events, and are each benefitted by the often cheesy but rarely boring dialogue. The pacing of the story is greatly changed from previous games, as 2K18 introduces The Neighborhood, an interactive area filled with other players as well as shops, mini-games and The Playground, where the franchise’s MyPark experience is now located. The separation of major games with brief periods to improve your player’s aesthetic and abilities helps provide a good sense of motivation as you gradually improve your player to 99. Some issues do present themselves, including the limited depth that playing as only one player has to offer in the big games, as well as interactive and connectivity issues with other players within The Neighborhood, but it’s a promising first attempt from the developer at pushing the game’s signature mode in new and ambitious directions. 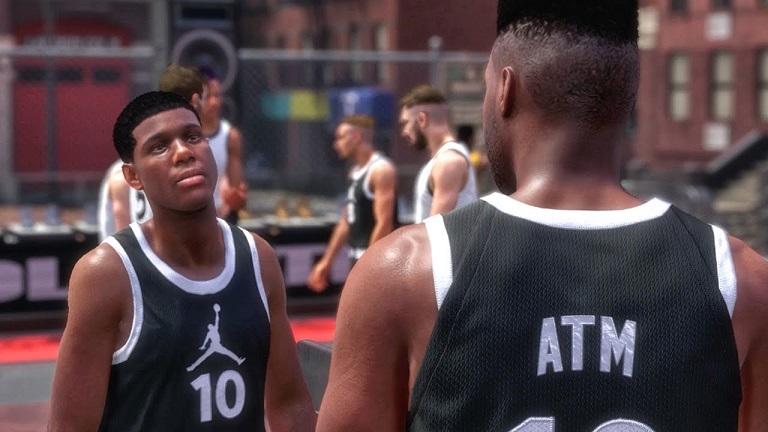 In addition to the standard Play Now matches and 2KU tutorials, 2K18 also offers MyTeam and MyLeague/MyGM. MyTeam allows users to build their own fantasy teams by purchasing card packs to enhance their roster, staff and stadiums. While the frequency of being able to buy card packs remains frustratingly low for those not willing to spend money, the intriguing variety of match types and customization abilities helps those willing to push through the early struggles of having a weak team. Although MyLeague is nearly identical to the past years’ proceedings, MyGM attempts to spice things up by providing a lower budget, voiceless storytelling element similar to MyCareer. While it helps give the events of the season a bit of additional weight as you directly interact with various members of your organization, there’s not enough of it to make the additions feel like anything more than an afterthought.

NBA 2K has become renowned for its extreme attention to detail and accuracy when it comes to presentation, and this year’s entry is no different. The graphics on current-gen consoles remain impressive and each arena features an impressive dedication to putting the player in the middle of authentic NBA action. The broadcasters return with a shocking amount of new lines and topics of conversation, which are boosted by the returning all-star cast and new additions including Hall of Famers Kevin Garnett and Kobe Bryant. The robust soundtrack features popular tunes from across multiple genres, featuring a variety of hits that will likely please a greater number of fans than in recent years. Unfortunately, the series’ flair for occasional technical issues also continue to plague 2K18, including multiple crashes and collision issues during our time with the game. 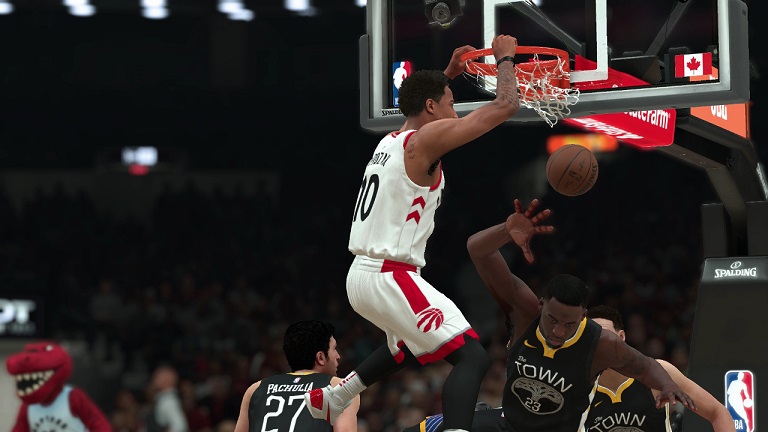 NBA 2K18 is once again king of the court, proving why the series has managed to remain so superior in recent years. While not each of the updates to the signature modes prove to be as beneficial as intended, the ones that do work, particularly in MyCareer, are further boosted by rock-solid gameplay and a presentation unrivaled within the genre. The upcoming NBA season may be growing stale in its predictability, but fortunately for gamers, NBA 2K is suffering no such fate, pushing the series forward in new and exciting ways.