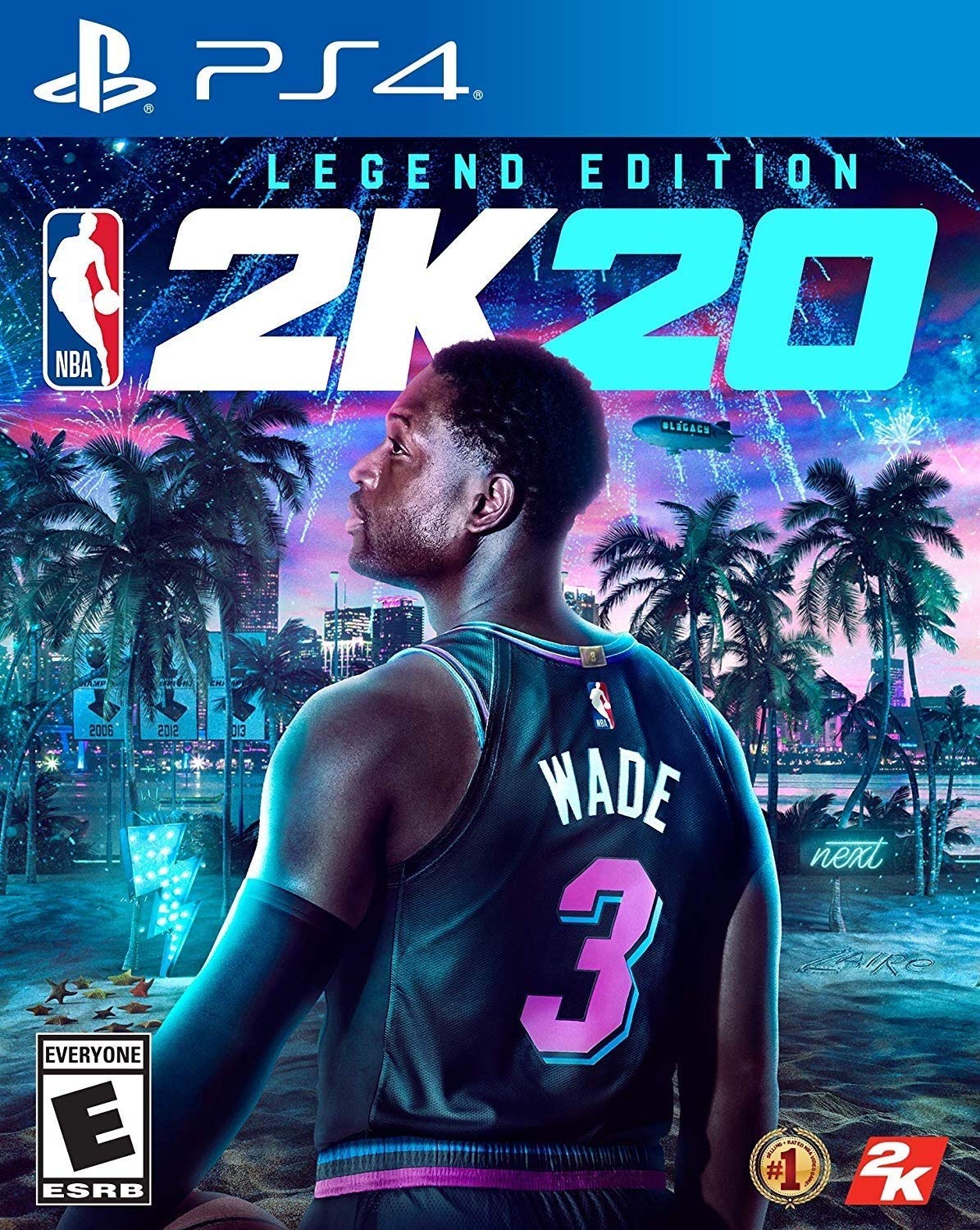 For nineteen years, 2K Sports and Visual Concepts have created what is the most complete sports video game experience. The NBA 2K series is from top-to-bottom full of content and sets a standard of what to expect in sports games. Competition will do that as rival NBA Live had shown signs of life until this year. Unfortunately, the series has received negative feedback for its microtransactions and lack of gameplay innovation in recent years. There are plenty fans of the series that stand by this product for better or worse and on paper, however, NBA 2K20 is the deepest in the series to date.

Fans of the series will truly appreciate the additions this year. The biggest and most enjoyable addition comes with MyCareer and MyPlayer. Users will have quicker access to create multiple players and the entire experience is streamlined. Focusing on four different character builds whether it be shooting or defense is split up into graphs as the attribute points are split. Players will then choose each player’s potential for each stat and then can try out their guy with max stats to see if this is the type they want in the end. This was the number one requested improvement from the community. Players would grind forever just to find out they did not like the end result. Now, reaching an overall rating of 95 goes fairly quickly, but 95-99 will take a grind. This adds a bit of variety to MyCareer.

The other part of MyCareer is this year’s narrative. With a story executive produced by LeBron James and Springhill Entertainment, this narrative features Hollywood Stars and an enjoyable script. It focuses on the MyPlayer as the user participates in college games (fake schools) and the entire process ranging from getting shoe deals to completing drills at the NBA Combine. Everything is used to raise your draft stock and once drafted, it’s off to the G-League in hopes of making the team. You will meet friends and make alliances throughout the story. While the narrative is well written and you will recognize some faces, the big-named actors aren’t that abundant. You will be roommates with Zion Williamson and the overall feel between characters is believable. Voice acting and dialogue are done well along with the face models. 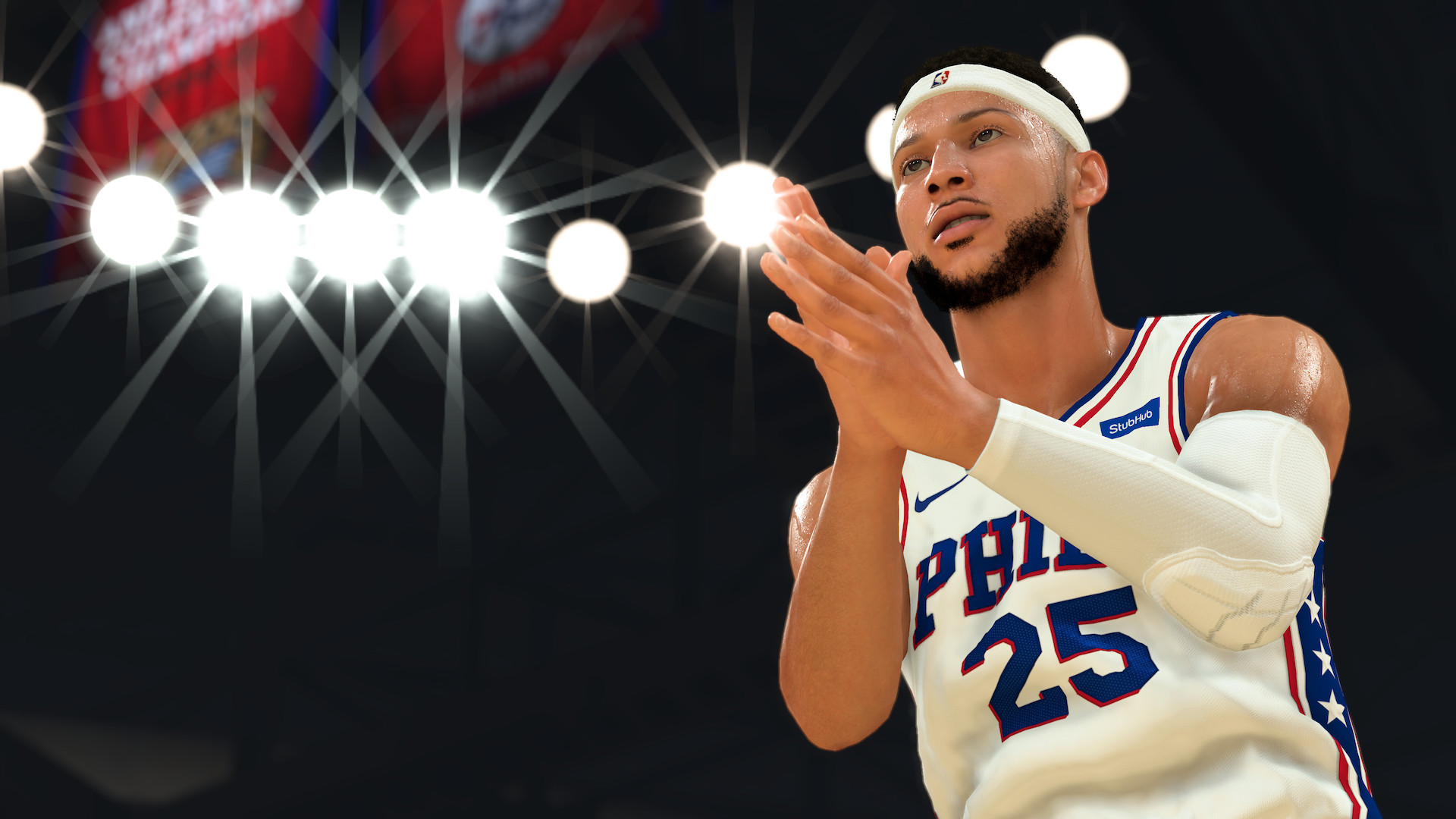 Playing games in MyCareer will have individual moments that build to a final grade by the end of the game. There are full games, and 1-on-1, 2-on-2 and 3-on-3 to mix some things up. There are instances where completing tasks will bring up that it was completed, but there isn’t a reward for it. It seems to punish more for one small hiccup rather than reward smaller battles. Even though my guy wasn’t great, by the time I got to Draft Day, I was a solid first round pick. Completing the mini games at the Combine like bench press or the shuttle isn’t easy to execute and could have been explained better. Either way, MyCareer is the most enjoyable mode in NBA 2K20 and raises the bar for these modes in sports games.

The NBA 2K series is the king of offline sports modes. The wide variety remains with MyGM and MyLeague, along with season modes for both the NBA and the newly added WNBA. MyGM gets some upgrades this year with the addition of skill trees and is a detailed experience that might be too deep for a more casual player. Understanding the sport and how it works will surely help in MyGM. This seems like the more favorable mode to simulate for the hardcore manager fans. As for MyLeague, this is still the fully-customizable league that lacks the deep details of MyGM and just lets the league be designed. NBA 2K20 is literally the last sports game that allows for online seasons with your friends, which is a big perk. There are just so many options with 2K Sports games in general to keep players engaged. This is a plus for new players, but for returning players, a lack of a giant leap for innovation will cause this to feel stale. 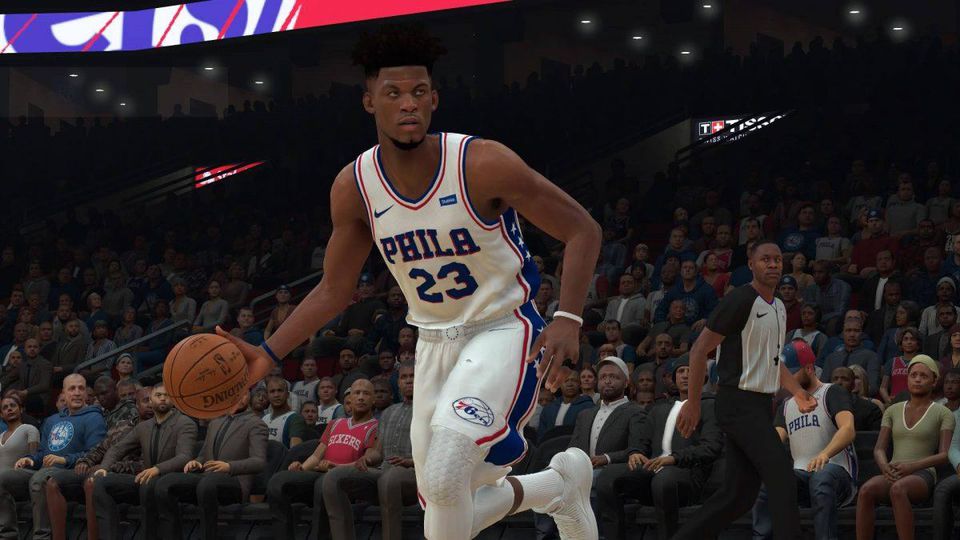 As for being on the court, NBA 2K20 has improved its motion engine to bring better animations. 2K states that the gameplay includes a new read and react defense, more signature styles, a new dribble system and new off-ball collisions. You can see these off-ball collisions from afar, but the gameplay still feels the same at its core. The dribble system is for advanced users as a lot of animations are tied to the right stick. If you have a guy that can beat the defender around the edge, you’ve basically got the game locked down. Posting up against defenders in the paint does feel better this year. The game is based on timing so shooting still uses the shot meter, which also feels inconsistent at times. One thing that has been mentioned is that fatigue plays a much bigger role this year, so if you are hitting R2 for sprint most of the game, there will be more missed shots and mistakes late in the game. The gameplay still feels too weighty for me and it depends on animations. It’s frustrating running into your own players as they stand around or if you have a guy on a fast break simply stop to catch the ball rather than going with it. I can see the greatness at times but certain aspects like this hurt the immersion.

The visuals in NBA 2K20 remain unrivaled in sports games. The presentation is still the most dedicated to a television broadcast as the 2K panel is basically a TNT production. Most of this is untouched besides some on-screen graphic updates. The player models, especially the face models, are perfect for most of the players. Coaches are still lacking at times and there are certain players that lack the detail of others. This is still the most realistic looking sports game there is. Stadium lighting and reflections remain fantastic, and while there some frame drop issues in cutscenes, it doesn’t affect gameplay.

NBA 2K20 carries over the same commentary team from previous titles, but the WNBA includes different commentators which allows for a different feel. Voice acting as a whole is still realistic and the crowd also comes to life. On-court chatter is heard, as well, and it helps perfect the experience of a NBA broadcast. The soundtrack features modern hip-hop and randomly Livewire by Motley Crue. 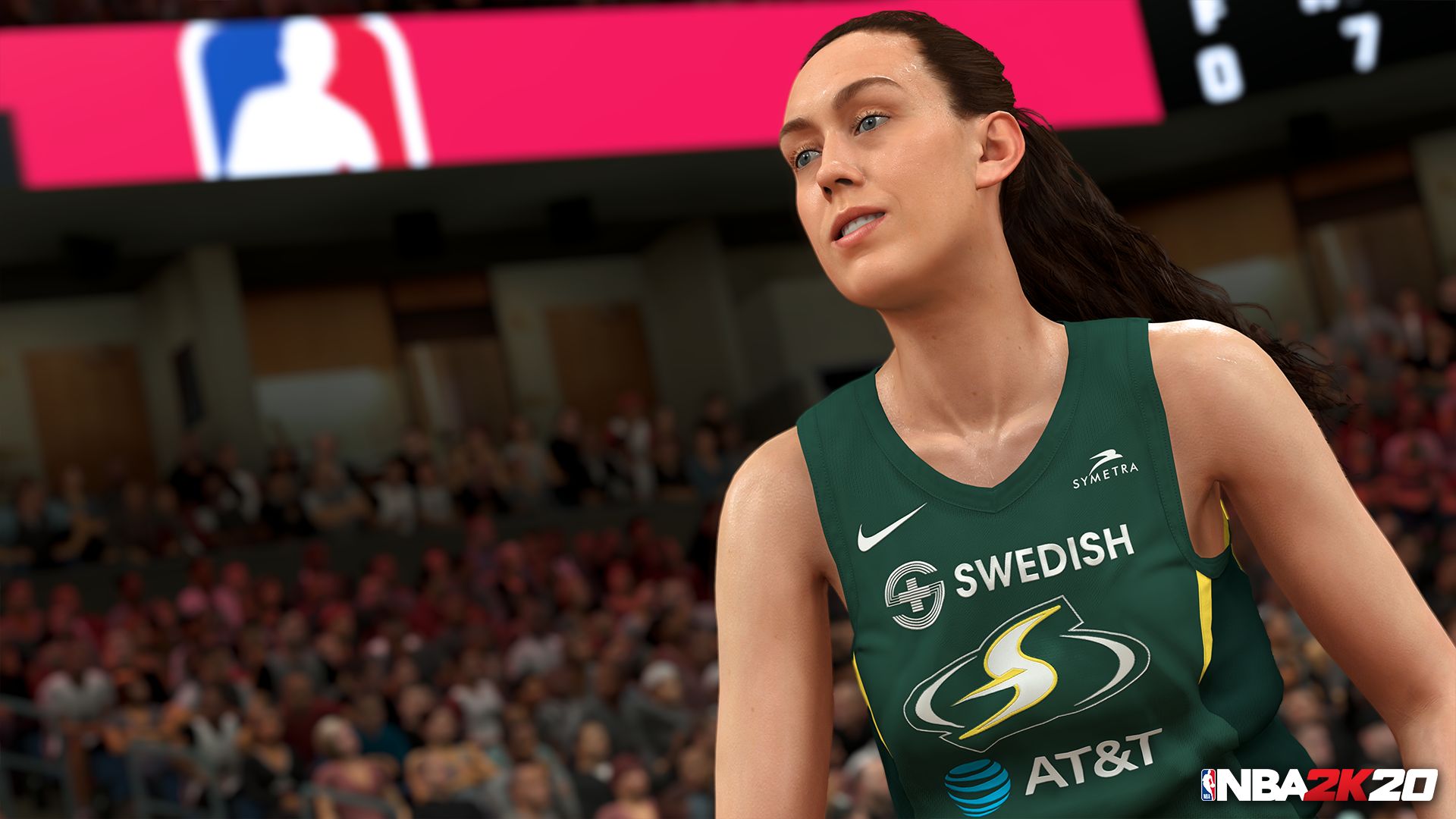 The WNBA experience is different and not just a tacked-on mode. The WNBA have motion capture from their own players and along with new commentary, it’s enjoyable to play. There are less dunks and the action is faster. It includes all the teams and players and a season can be played with the league. NBA 2K20 also includes multiple classic teams including all-decade teams. These players are also a part of MyTeam and can be used in MyLeague. 2K gets the classic teams right unlike any other sports game has in the past.

The elephant in the room remains MyTeam, the card-based game mode for the series. Sports games have evolved to this as monetizing the game to keep a consistent profit continues to get worse. The mode itself could be the right way to do it. Having plenty of current and past players to help build a team around a coach and their philosophy is cool, allowing for mixing and matching lineups with different coaches. There are challenges this year that will net more and there are Evolution Cards that allow cards to level up higher once certain goals are met. Herein lies the problem. Each player still has contracts, which means if you have the cards, you’re not guaranteed to use him every time. If the contracts run out, the money you spent on the card is gone unless you pay for contracts. Did you pay $100 for the Deluxe Edition for extra cards and packs? It’s kind of out the window once those contracts run out. There are plenty of single player and multiplayer games to choose from and one involves a 12-game stretch. If you want those rewards, your players will run out of contracts. It’s a money pit. This doesn’t include the literal gambling that’s been put into the game, with casino-like games to get rewards.

While the gameplay may suit you, the online experience is still lacking. This is kind of sad when there is this much money involved in the franchise. Playing online includes a delay on input and that’s a problem with a timing-based game. That doesn’t include the server disconnects I’ve received and thankfully, it doesn’t waste a turn for your MyTeam cards. With the new dribble physics needing a quick response, a chain of commands basically feel like they’re pre-loading. I’m sure long time fans of the series have adjusted to this, but it’s still sad that the online is in this state. 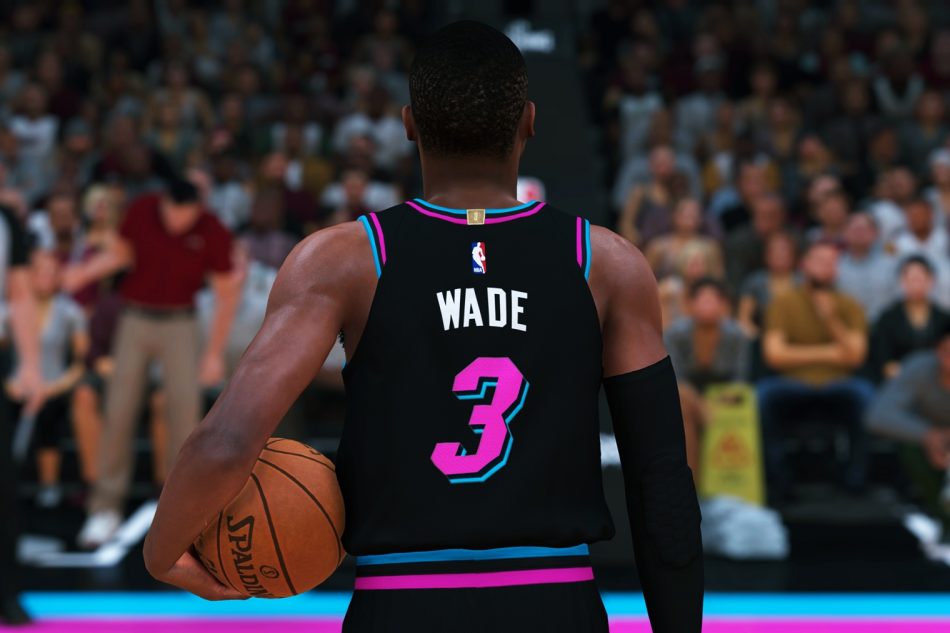 NBA 2K20 will continue to be supported by its giant community and hailed as a true NBA simulation. There’s no doubt that the game is fun as the grind and work throughout it gives such a feeling of satisfaction at the end because you battled for that win. Having that broadcast presentation helps with that since after the game there are so many options to do off-the-court management that it keeps the player engaged for some time. The quirks and issues become aggravating over time as you try to get better, but the core feel of the game has felt this way for a while. MyCareer is the shining star of NBA 2K20 while the offline modes keep the series going forward. MyTeam would work well if the player contracts get dropped; the endless money pit and literal gambling aspect are shameful. 2K Sports and Visual Concepts do deserve credit for making the effort and properly implementing the WNBA into the game, which does make NBA 2K20 stand out even with its issues.