The NBA 2K franchise is typically a launch title that showcases off the new-generation hardware. The original gameplay trailer that released a few weeks ago raised some eyebrows with the realism that was shown off. You will be happy to hear that, mostly, that realism is here with the next-generation version of NBA 2K21. 2K and Visual Concepts have stated that this would be a brand new experience that was built from the ground up. It’s hard to agree with that concept, however, as a good bit of assets were carried over from last-gen, but this game feels like the true NBA experience.

Players can expect the return of MyCAREER, MyTEAM and MyGM/MyLEAGUE and the WNBA. 2K has included the minor league G-League in the game along with the WNBA to MyLEAGUE. Every season-type mode is now simplified into one section, though. MyNBA will be where you can find all these modes outside of MyCAREER and MyTEAM. You can choose what options that you want to utilize prior to starting your season. You can also import other types of league setups such as classic teams to completely customize your experience. The overall experience within MyLEAGUE carries over from the previous generation. This includes the off-the-court questions which looks strange in dark areas, as does the rest of the game. The customization options here are deep and anyone that has held off for a few years on the game will appreciate these changes. The one thing worth noting with MyLEAGUE is that the rosters have not been updated in the game, so this might be worth waiting to play until they decide to implement that.

MyCAREER leaves the beach and heads back to The City. Unfortunately, if you had the last-generation version, this was the one aspect that did not carry over. 2K states that this is a brand new experience, but that doesn’t alleviate the fact that you have to play the same narrative all over again if you want to get badges early. It can also be skipped, but then you enter the Rookie Camp at more of a disadvantage. Virtual Currency can still be used to level up certain aspects of your player quicker. You will start on the docks and play 3-on-3 or 1-on-1 games until you level up enough to be picked up by one of four factions in The City. 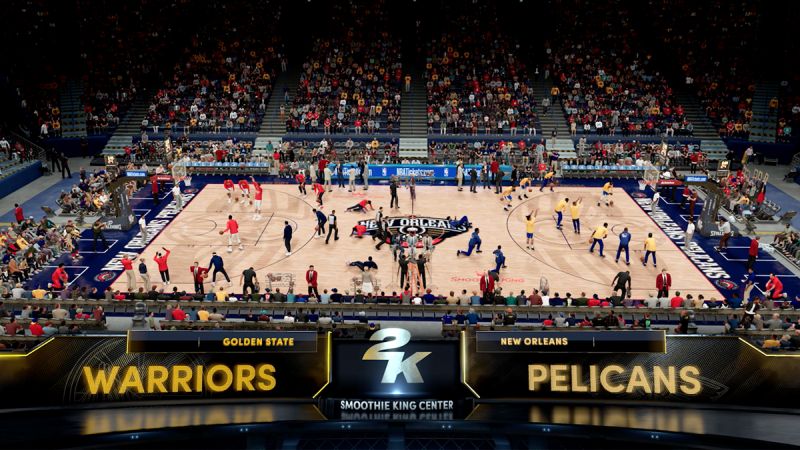 The City itself is impressive as it has a central hub and is spread out. You can carry a basketball with you and hop on random courts to shoot with others, or compete in the delegated areas to keep earning badges and money. The City, itself, does a good job of replicating an actual city outside of the lack of people. In some areas, it looks and feels strange if there’s no activity going on. It raises the bar of the RPG element to the game. I enjoy vibing with three random teammates when playing games, but you can also squad up against others. There will be some downtime in between games, but overall The City is a unique and different experience.

The one aspect that hinders how MyCAREER plays may lie in the connectivity aspect. Players feel truly heavy and it makes playing defense difficult. That slight lag that would require an instantaneous response will have your guy beat around the perimeter. While this may improve when you level up your character, the overall feeling is still sluggish compared to playing a game offline. This can also affect timing on your shots, so there’s an adjustment period. 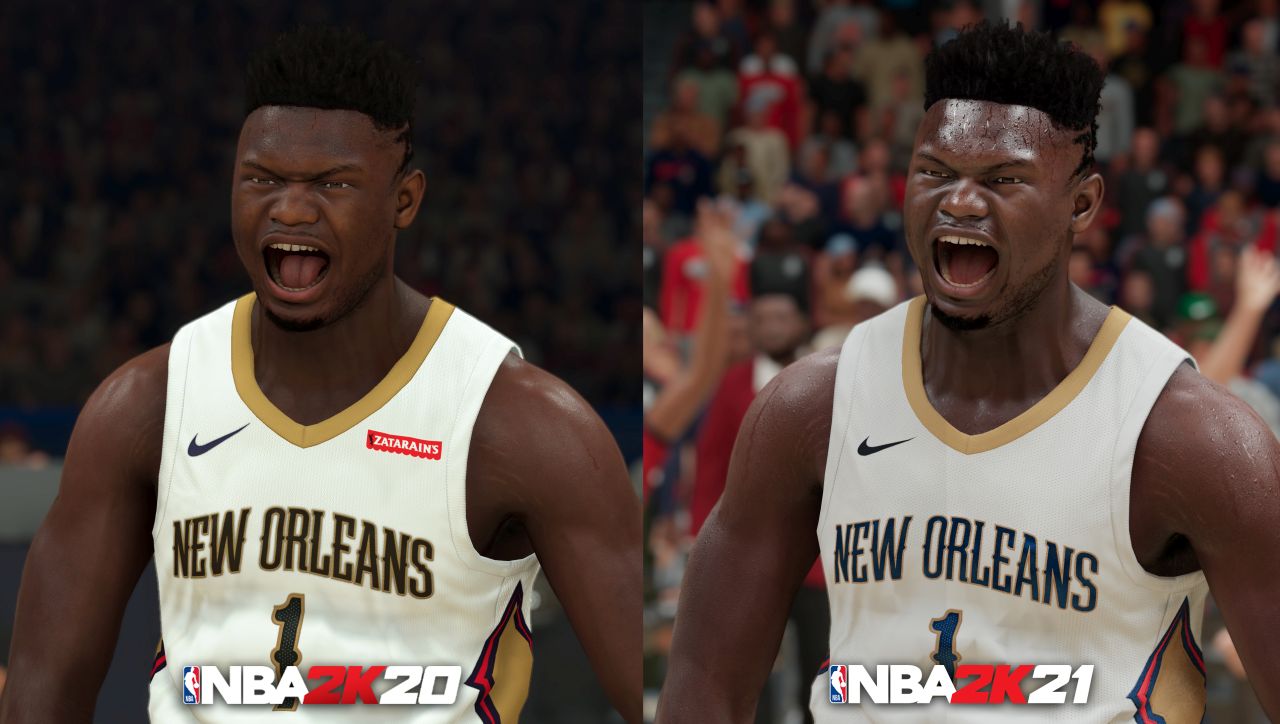 The new Shot Stick and Accuracy Meter both carry over to the next-generation version and there’s a slight improvement. This is due to the fact that not only is the meter more easily visible for everyone, but the game runs at 60 FPS so it is easier to know when to time your release. The inconsistency, however, still persists. The Advanced Pro Stick is much more intuitive with different dribble animations that allow for great combos. If you get good at combining the Shot Stick and the Pro Stick, you deserve a shot in the 2K League. It’s not that shooting is just difficult, the results are inconsistent. Sure, if you’re able to nail an Excellent shot rating, it’s going in every time no matter the player rating or circumstances. There are easy shots that Kobe and Jordan should make, but because the meter was even slightly off of Excellent and they had no one covering, it didn’t go in.

The gameplay in the next-generation version of NBA 2K21 is smooth and fluid. The game utilizes adaptive triggers for mainly two things. The first is when your player is low on stamina, it becomes more difficult to use the sprint button. The second is when lining up against someone on defense or being backed down in the paint. This comes off as inconsistent though as if the game isn’t registering the line up properly. There are times I will get the resistance and others I won’t. Players like Giannis feel even more overpowered on the next-generation version. There aren’t as many canned animations that result in moves or shots automatically going in. Going against Patrick Ewing and the ’94-’95 Knicks, when the AI would back me down and he’d land a fadeaway, I felt like I was better able to defend things like this as opposed to the past. 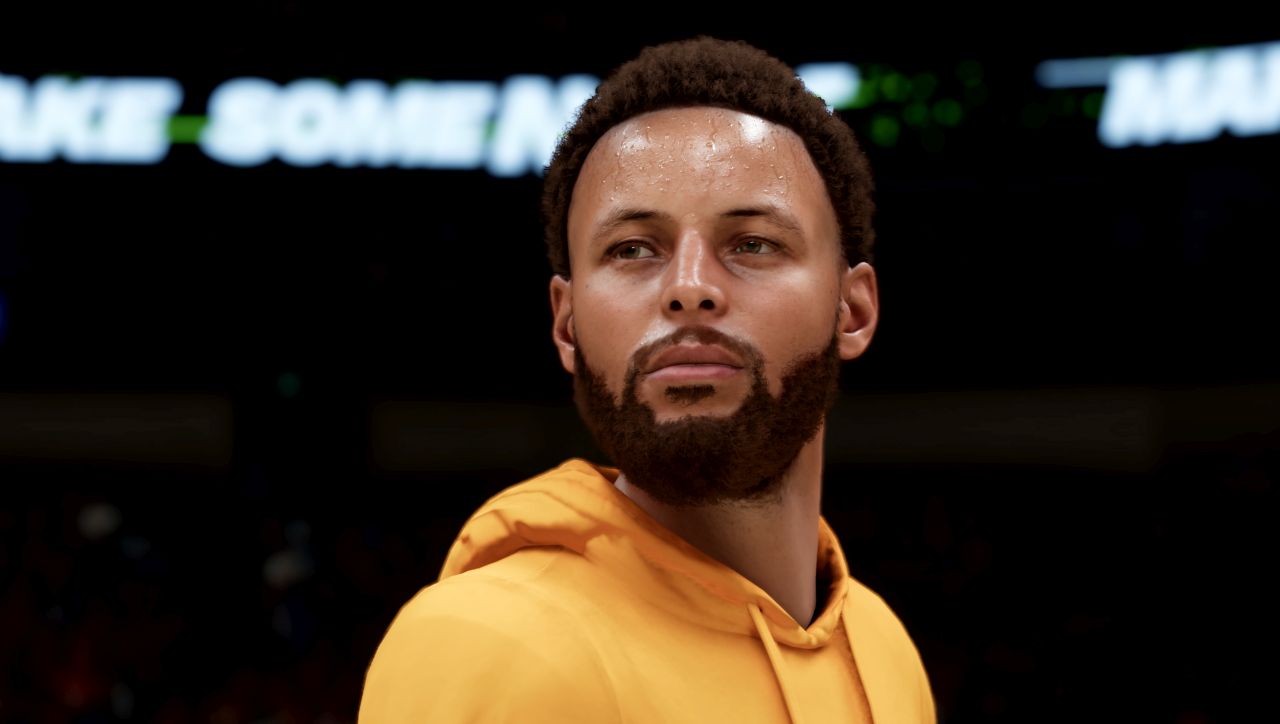 I do love the moves that can be pulled off with the Advanced Pro Stick. Depending on the rating of the player, I was able to change hands in mid-air and create awesome moves, even if the bucket didn’t sink. The defense has changed in a way that players now have more weight. Fast guards can easily beat anyone around the edge until the AI cuts you off with a steal or a foul. This seems to be the way Visual Concepts intended to counter this, but when playing defense, it doesn’t exist. The extra weight transfer will allow the offense to easily cut and pivot, leaving you in the dust.

MyTEAM carries over from the previous generation with no changes other than players can keep their squads. Visual Concepts has added Seasons that result in big rewards, but the focus is on keeping players coming back daily. Free Agent cards are available which inevitably tease the player to go out and purchase the card. These Free Agents do not stay with your team and cannot have contracts or boosts applied. I also feel like just because these players have high ratings, they’re not as good as a badged player. You’re able to upgrade badges for specific players, but these cards still require contracts to actually use in game. Add that to the difficulty in shooting and you’re playing even more often to make up for it. 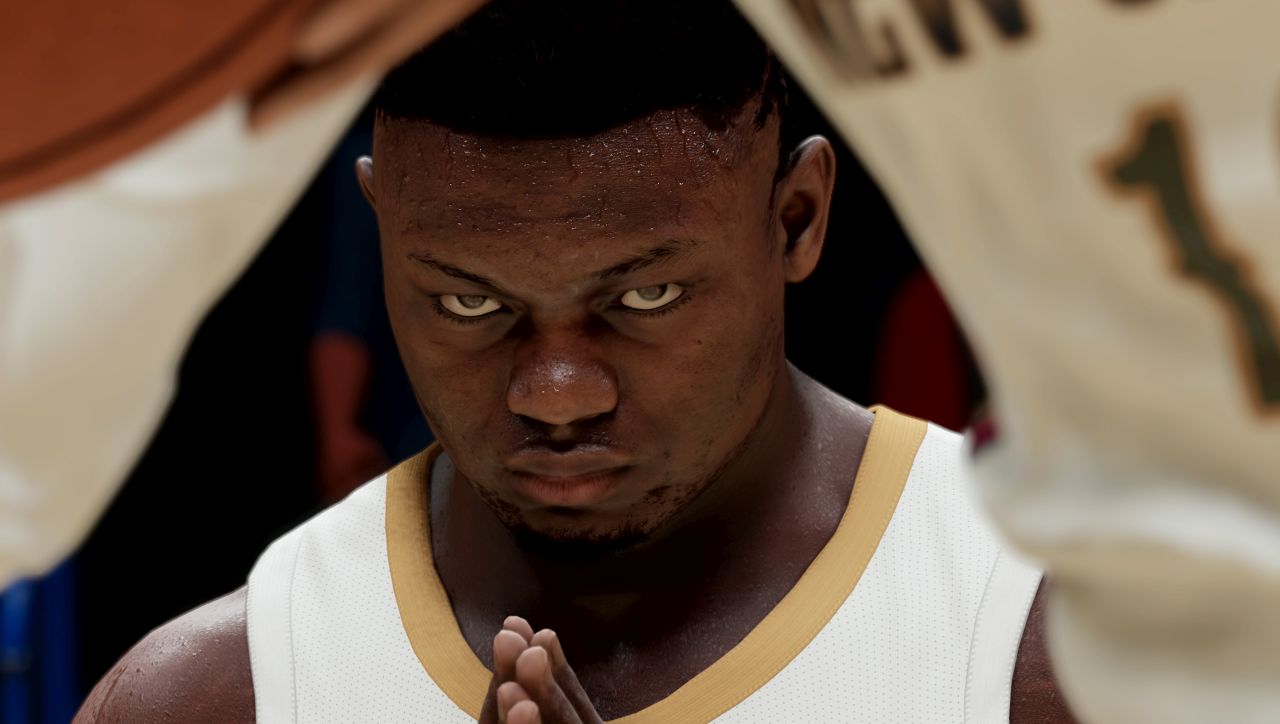 The visuals are no doubt the star of the show in the latest version. The crowds are widely diverse and responsive. 2K has included a new low-angle camera view to bring you closer to the action, but this can result in not seeing the shot meter in certain situations. Most of the player faces and models look phenomenal. Skin textures and more facial details along with dynamic sweat make this version of NBA 2K21 the most realistic-looking sports game to date. You’ll more easily notice facial animations and emotions even from a distance while playing. There’s ray tracing reflections here that come off the court, but not everything is perfect. Lesser-known players and coaches still don’t look right and it may have to do with how the reflections work. The same can be said with certain bodies on the court; it just doesn’t feel consistent across the spectrum. You are getting a 4K/60 FPS game here, so it not only affects how the game looks but also how the game plays.

There were a lot of assets carried over when it comes to presentation and cutscenes. The halftime show remains the same, albeit it is no longer chugging along. Even though there’s a new sideline reporter, Visual Concepts basically swapped out David Aldridge with Allie LaForce in the pre-game screen. Also, the legendary Kevin Harlan is gone and so is Greg Anthony. In their place is NBA legend Grant Hill doing color commentary and Brian Anderson doing the play-by-play. The results on this are a mixed bag as the tone of the game feels more laid back. If there’s a giant dunk, everyone does go nuts, but Harlan brings that big game feel in everything he touches. 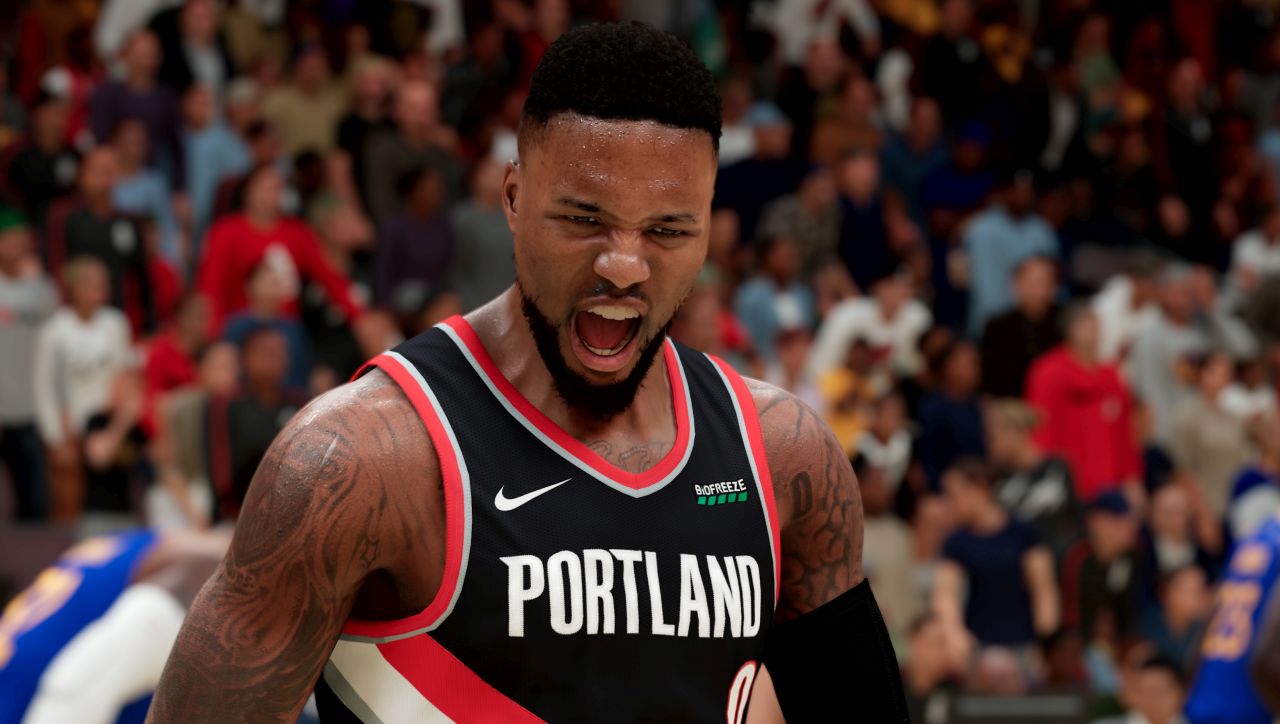 Visual Concepts has maintained the core of how it wants its games to feel with bringing NBA 2K21 to the next generation. The game looks absolutely gorgeous and anyone casually glancing will assume it’s a television broadcast. Yes, a good bit of assets were carried over and the gameplay feels improved, but I am hardpressed to say that this was completely rebuilt from the ground up or that it offers a brand new experience in terms of how the game plays. The City is a bold design decision that ends up being extremely fun and will offer a different focus while the NBA gets through its short offseason. Having to replay the same narrative you did two months ago, however, initially hurts the experience. If you’re a casual NBA player who hasn’t played the game in some time, this version is a no brainer to enjoy on your new console. There’s also enough here to warrant the purchase for yearly players even if they didn’t purchase the upgrade options with the last-generation version. NBA 2K21 on next-gen is a much better version of what was released two months ago.