Take the franchise formula you know and love, remove the police chases and the beautiful scenery, move everything to legal outdoor venues, strip out most of the car customization, and tone down the visual polish because, after all, this is a PSP game we’re talking about. What you’re left with is Need for Speed ProStreet, a generic racing title with the pedigree to produce excitement but with execution that inspires apathy.

Though there are various ’jump in and play’ moments and the opportunity to play with your buddies, the bulk of your time with ProStreet will be spent working your way through the ’campaign’ mode. It presents various circuits you must clear to unlock more thrilling courses and a garage filled with beefier muscle cars and flashier sports cars. Initially, only three tracks are available and you’ll have to race on them numerous times (with differing objectives such as elimination races or time-based challenges, not to mention mirrored layouts) to access additional ones. Then the process repeats. 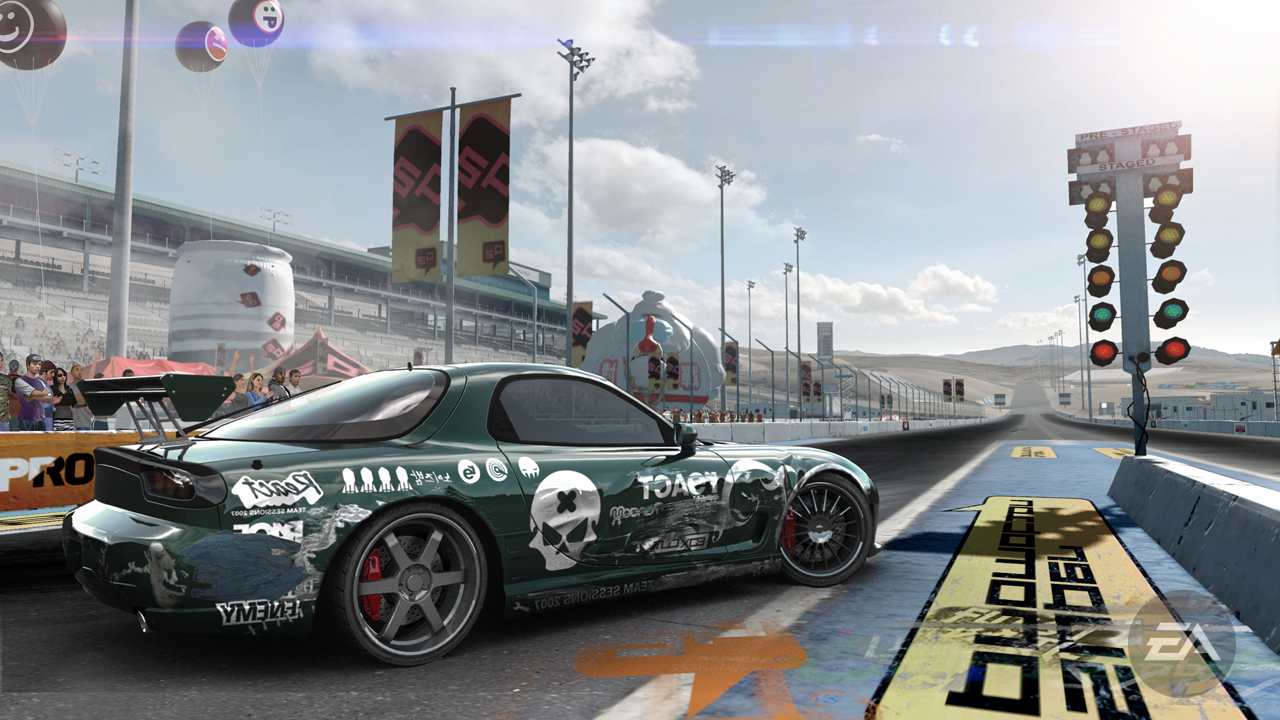 One problem is that most of the tracks are dreadfully bland. That’s to be expected and isn’t unreasonable given the focus on standard courses, but it’s still disappointing after the beautiful vistas previous titles in the series offered. This is made worse by the fact that even what’s here doesn’t feel ambitious. Buildings lack detail and even the occasional rock outcropping or other course-side object doesn’t seem any more impressive than late PSX fare. Late in the game, there’s more to look at as you race through those final courses, but you’ll have to zip through a lot of monotonous filler to get there.

Races themselves feel competent, even without pretty scenery. A neat innovation here is the ’driver intuition’ concept that you can utilize while progressing through various objectives. Courses are populated by holographic arrows along certain curves that prescribe a path through the chaos. If you position yourself along the flickering arrows, you’ll receive assistance with cornering and speed boosts that allow you to get a leg up on your competition. The less you rely on such things (different persona you can select pre-race offer less support), the more points and prize money you receive if you place first.

Points go toward leveling up your character so that those holographic arrows grow increasingly effective. Prize money can be spent on vehicle upgrades (though they make no discernible difference to your performance and the visual upgrades barely exist) or sometimes on new cars. Unfortunately, you have a lot more investment opportunities than you do funds. If you aren’t ridiculously frugal, you’ll have to race through a bunch of optional (and dull) courses just to save up enough money for — to name one example — a Corvette that will enable you to enter a certain competition. There are 32 cars in all, but too many of them aren’t available until purchased. 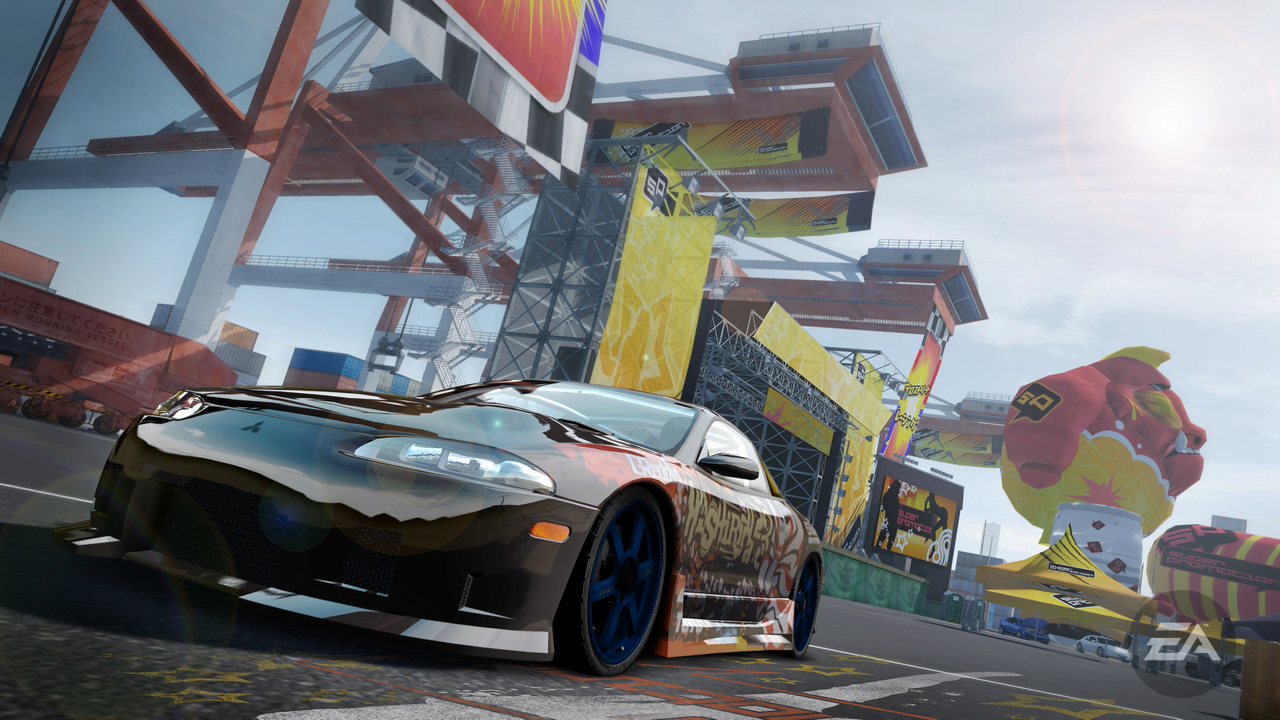 Once you get those vehicles out on the courses, you then have to worry about damage. If you scuff against a railing, you’ll see visible dents that also affects how you drive. A few nasty bumps can wreak havoc with your ability to steer or even accelerate, dooming you to a last-place finish. That’s a neat concept in theory and is in some ways a welcome addition to the franchise, but it’s also irritating to be in the lead, then have a car come up behind you and push you against a railing. From that moment on, just driving in a straight line can be challenging, let alone steering through snaking turns. What could have been a pleasant innovation instead feels like an opportunity for the artificial intelligence to cheat (especially since the opposing cars don’t seem to suffer from those same effects that you do).

Even without the police chases and the breathtaking scenery, ProStreet could have been a great game. Instead, it’s a competent but not particularly interesting racing title that will constantly leave you wishing that you were playing a console version instead. Perhaps they’ll get it right next time.