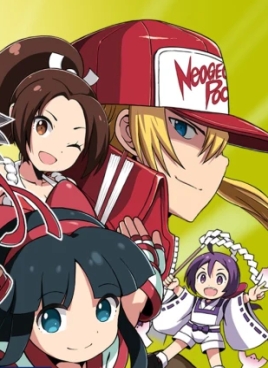 We’ve covered the Neo Geo Pocket Color Selection’s library extensively so far, an impressive lineup which includes SNK vs. Capcom: Match of the Millennium, SNK Gals’ Fighters, Samurai Shodown 2, King of Fighters R-2, The Last Blade: Beyond the Destiny and Fatal Fury First Contact. Now a compilation of these games has been released plus a few new additions with Neo Geo Pocket Color Selection Vol. 1, of which Metal Slug 1st Mission, Metal Slug 2nd Mission, Dark Arms Beast Buster 1999 and Big Tournament Golf are new to the Switch and didn’t get individual releases beforehand. What began as Samurai Shodown 2 being bundled with pre-orders of the Samurai Shodown reboot has led to a mini-resurrection of the Neo Geo Pocket Color in portable form thanks to the Switch, which also opens the door for TV playback as well.

Like the original Neo Geo console and arcade hardware before it, the Neo Geo Pocket Color gained a reputation for having a slew of high-quality fighting games but also had some other genres represented well that didn’t get much recognition. The existing showcases were all fighting games, but this compilation offers up an RPG in Dark Arms alongside a fun pick up and play golf game and two classic run and gun shooters. Even with “just” a ton of fighters offered up, the collection still feels varied since they don’t all play alike. Yes, there’s the common ground of combat — but how they’re executed can vary wildly.

Samurai Shodown 2, for example, keeps the same weapons-based fighting as the original arcade games, but mixes things up by using not only weapons, but also a timing-centric nature to combat where landing the shot at the right time and in the right place meant more than just flailing about. While SamSho and The Last Blade use weapons, they also do it completely differently. The Last Blade is a faster game with some characters that actually prefer to use their fists while others use bizarre weapons like fishing rods to deal damage. The Last Blade isn’t as strategy-focused as SamSho when it comes to nailing the timing, but does offer a different feel since more characters use projectiles and air combat is a bigger piece of the puzzle. 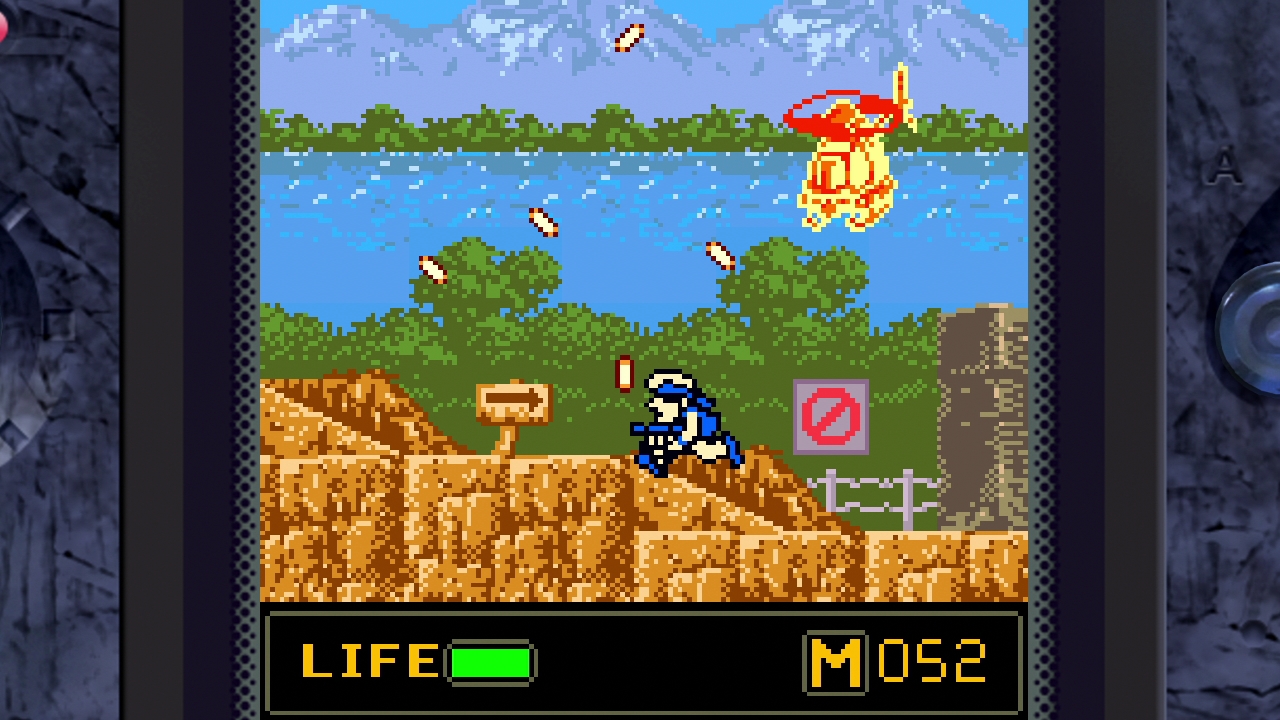 The collection offers a chance at new life for games that wound up being precursors to mainline console history as well, with both SNK Gals’ Fighters and SNK vs. Capcom being concepts that would be revisited down the line in new and expanded ways. We saw the SNK female cast reborn in SNK Heroines on the Switch, PS4, and PC, but honestly, SNK Gals’ Fighters is a better-playing game than that is. The core gameplay is tighter and more refined with faster action and less cornball antics that would be more in line with a D-grade anime than a fighting game plot.

SNK vs. Capcom: Match of the Millennium was the first-ever fighting game crossover between SNK and Capcom and was born from SNK nailing intercompany crossovers with King of Fighters — itself a branching out of having Art of Fighting’s Ryo as a hidden boss character in Fatal Fury Special which itself begat Akuma/Gouki in Super Street Fighter II Turbo. This portable game features a more robust mix of Capcom characters from different franchises than the SF-fueled mainline SNK vs. Capcom games and features a slew of iconic SF characters in a completely different art style than they had been featured in either before or since. It’s an interesting piece of history in that regard and one of the finest-playing fighters on the NGPC.

Playing with the Capcom cast with an SNK game engine works surprisingly well and offers up a unique experience over twenty years later. It’s clear that gaming took SNK for granted back then because while the games have aged visually, they’re as tight as could be and feature more polish than one would expect from a 16-bit portable. Just seeing the Capcom characters with what is basically the NGPC visual style of minimalist design for sprites, but tremendous fluidity in animation and high levels of background detail, is fascinating to experience from a historical perspective. Beyond fighting, the NGPC Selection Vol. 1 offers up great value for the dollar with Metal Slug, Big Tournament Golf and Dark Arms. 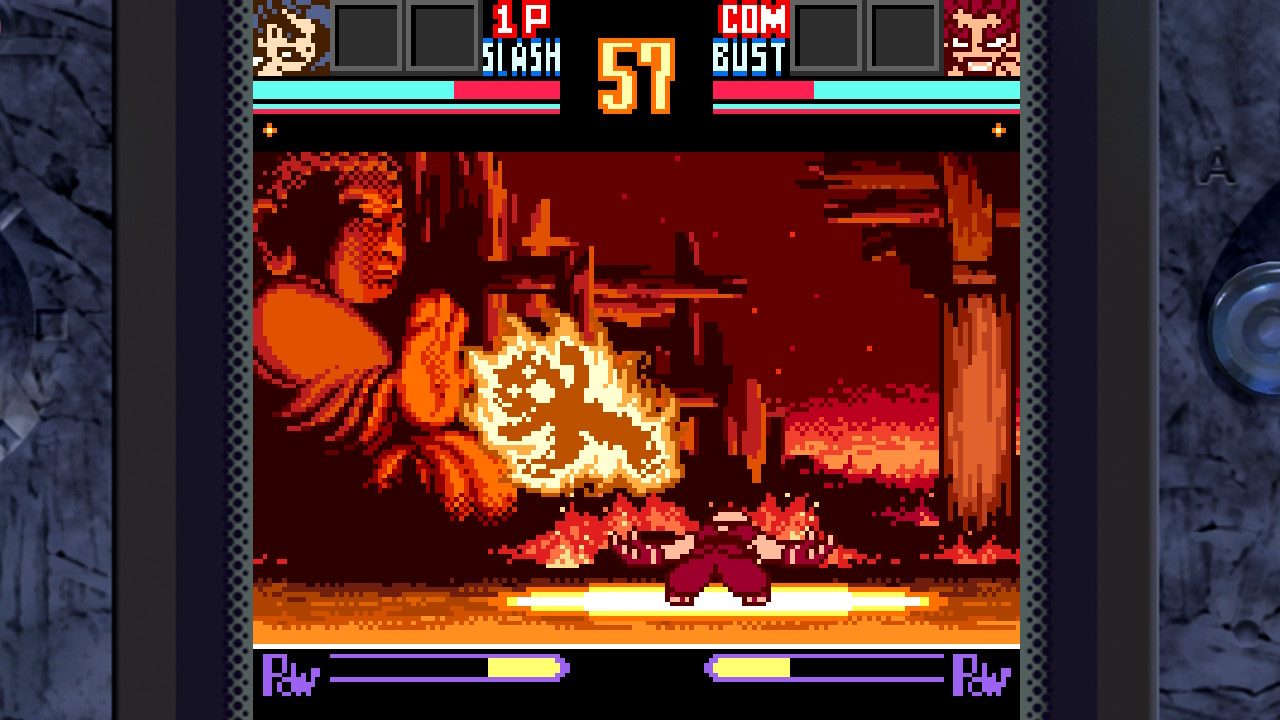 Dark Arms in particular is a real sleeper hit and something that didn’t get any traction when it was originally released due to the NGPC being on the way out of the marketplace. At that time, the device was generally stripped of its box and games were bundled in with it for around $120 or so — so you could get a lot of bang for your buck, but game releases were few in number. One thing that stood out at the time and remains true today is that while it isn’t a robust library in terms of sheer volume, its ratio of good-to-bad games is incredible since there are no real duds on the platform — at least in terms of its North American output.

Dark Arms is a fantastic top-down action RPG and is very much like a shooting-based overhead 2D Zelda game with a gothic theme — something that is right at home in today’s market that is saturated with games that try out that gameplay style, but mix it up with different settings. As a mix of shooter with overhead Zelda, it offers up something that is unlike anything else in the collection — or on the Switch in general. Its soundtrack is underrated and manages to evoke not only a bit of fun, but fear as well and for the technology available, it’s impressive to see just how much of the horror theme comes through. 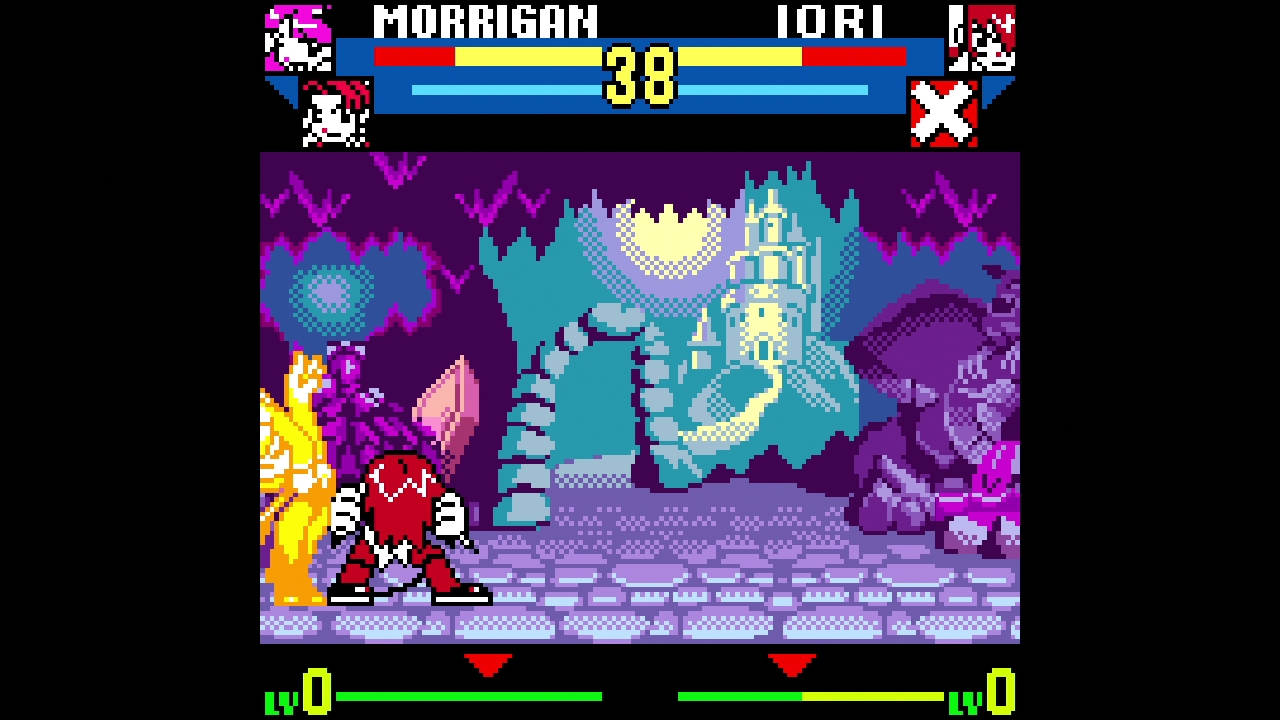 Big Tournament Golf is a fantastic game for anyone who doesn’t really play golf games — but is open to enjoying the genre. It offers up three different locales to enjoy with 18 holes apiece, so there’s a lot of fun to be had here even if you aren’t a golf fan. It’s a great game to play for 15-20 minutes at a time to just relax. The Metal Slug games feature an 8-bit visual style with richer colors in backgrounds, with top-shelf performance in the first game. The second entry features faster-paced gameplay, but goes a bit beyond what the NGPC could do as it does suffer from some slowdown issues. The games included here control wonderfully and players can adjust the control scheme to suit their liking — so it’s easy to switch the B and Y buttons for jumping and shooting in most cases.

NGPC Selection Vol. 1 goes beyond just including a variety of high-quality games with more modern quality of life features like rewinding and save states, but also includes a lot of physical goodies in a digital format to help enhance the experience. It’s fun to be able to spin around the digital case and see the broken English on display for the case art, then open the box and check out the manual alongside opening up the cart-protective box and then examining the cart itself. This is a fantastic little touch that truly adds to the experience. It would be cool if this same experience could be done for the console itself and then its many colors as well for a future compilation should one come out. The Steam release goes a step further and adds Crush Roller to the mix alongside more controller support options than the Switch. 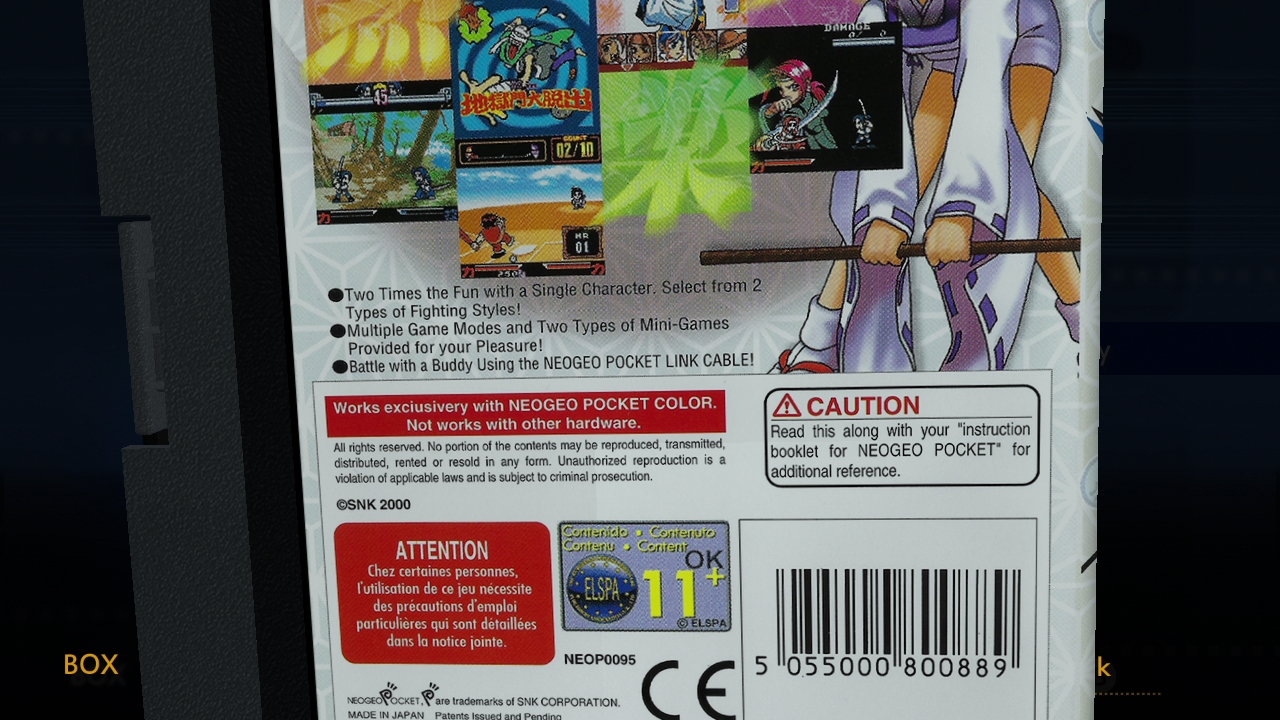 Neo Geo Pocket Color Selection Vol. 1 is a must buy for anyone who has wanted to enjoy what the classic portable had to offer and missed out on the individual releases. It offers up a healthy mix of fighters of hand-to-hand, projectiles and weapon-based combat alongside a touch of sports and a bit more shooting between Dark Arms and two Metal Slug games. They all look fantastic and have a crisp look with pixel art that shines either on a TV or on the Switch’s portable screen, and sound great with addictive soundtracks. Like the console it’s inspired by, the compilation is full of high-quality games and is a fine example of “all killer and no filler” with the possible exception of Big Tournament Golf and even that is quite good.