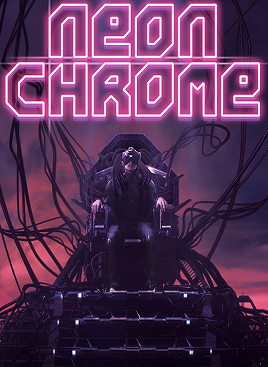 The 80s was a decade where greed was big and the hair was even bigger. A time where a punk futurism was embraced by pop culture, leading to an avalanche of garish colors and strange clothes. When choosing a general tone and aesthetic for their rogue-like Neon Chrome, 10tons Ltd. chased this stylistic conceit in a big way. Perhaps they went too far with it, though. Much like the decade that inspired the artistic direction in this title, there are bright points to be found, but it cannot escape an overall feeling of flimsiness.

Neon Chrome is all about climbing to the top floor of the titular company to take out the Overseer. Our hero doesn’t take on the quest himself, though, choosing to remote control human clones to attempt the journey instead. As a top-down shooter that is designed to kill the player, this is a decent enough explanation as to why the hero can die over and over while still making progress. Even further, the game uses a Rogue Legacy set up, where money found during progress can be spent after death to improve stats to make the next run attempt smoother. As a concept, this works. Games don’t have to reinvent genres with every release. In fact, that would get old. Taking the progression trend from one of the best indie games ever made and plopping it into a top down shooter is a fine idea. Continuing with this idea with procedurally generated levels is just dandy. So, the loop of adventuring as far as possible, finding new weapons to use and upgrading the current shell in robo-phone booths, only to die, upgrade, then try again just works. There is a solid core to Neon Chrome.

The real issue is that the play itself feels chintzy and a tad… off. The weapons that are found, which can be upgraded in specific stations in the world, never seem to have enough kick to them. They certainly do damage, but the punch one would want is missing. Same with most of the special weapons that can be used by expending energy found in the world. With the exception of the missiles, each shot that lands on target, while indicated through a reduced health bar, doesn’t convey a sense of satisfaction. Clearing a room should leave a player with a sense of accomplishment. Somehow, the mark is missed here when using firearms. 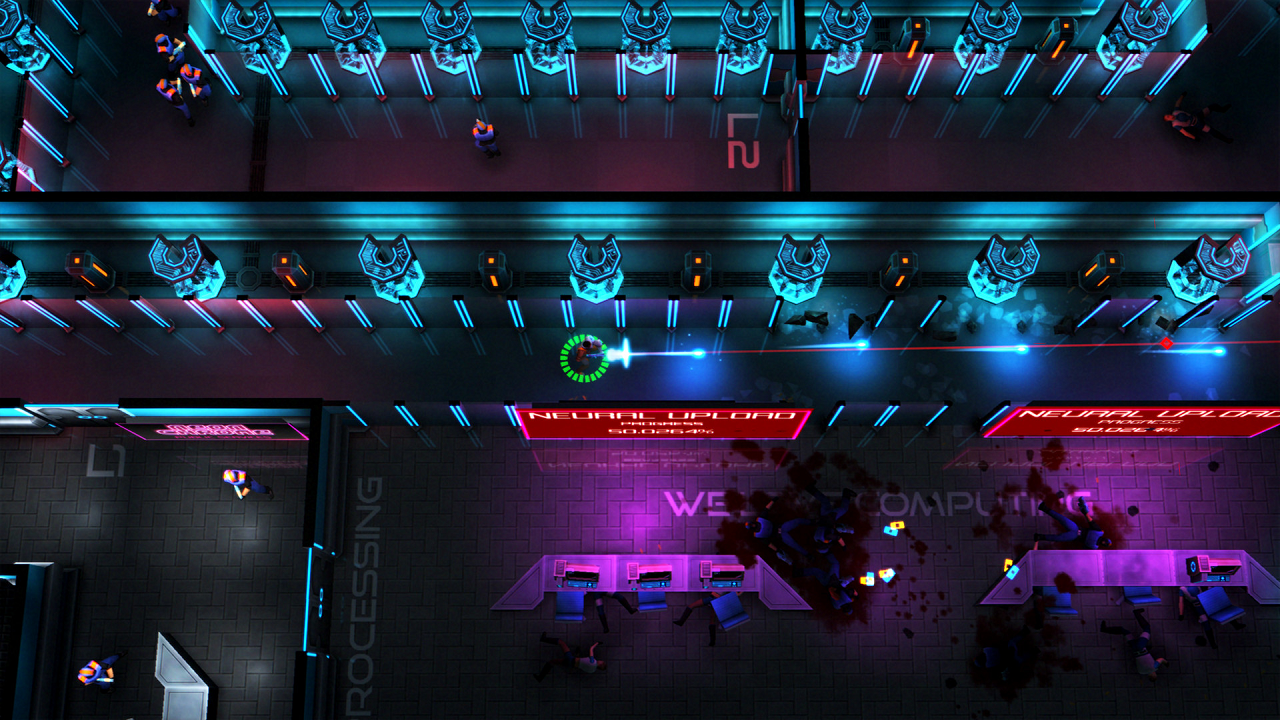 Another part of the issue is that things can get boring. The levels, as well as enemy placement, is never the same through each run. Many other titles use this to promote a sense of discovery and care needed to clear a level. Spelunky is a fantastic example of this. Not only do the attacks with the various weapons convey the sense of weight when they land, each level feels unique, even when using the same tile sets from the previously cleared stage. Here, there is a sense of sameness, even when the tile sets change. The added fact that there tend to be large parts of many stages where nothing really happens, the two components that this title sells itself on, action and exploration, are negated.

The actual look of the game doesn’t do Neon Chrome any favors, either. Now, the color scheme chosen is quite good. The office grey punctuated with purples, pinks, and yellows is quite effective. But the actual character and enemy models have the feel of placeholder art. There is no definition to human enemies, so much so that one could be forgiven for mistaking one for another piece of scenery. The mechanized enemies, with the exception of bosses, tend to just look like shapes. Much like the lives expended in this title, everything feels cheap. Frankly, the screenshots are more exciting than the game itself manages to be.

Speaking of cheap, there are some annoying deaths here. The best example to be given is the premade stage after taking down the first boss. The players makes their way to an office, and must listen to a monologue from the villain talking about how darn screwed the player is. Then, chaos breaks out. There are numerous flashing barriers, close enough to instant death, that must be dodged while blowing up certain stations and taking out enemies. One of the few really exciting parts of the game happens to be one of the most aggravating. It’s easy to misstep here and die. And then listen to the entire speech again before being able to try again. *Sigh* 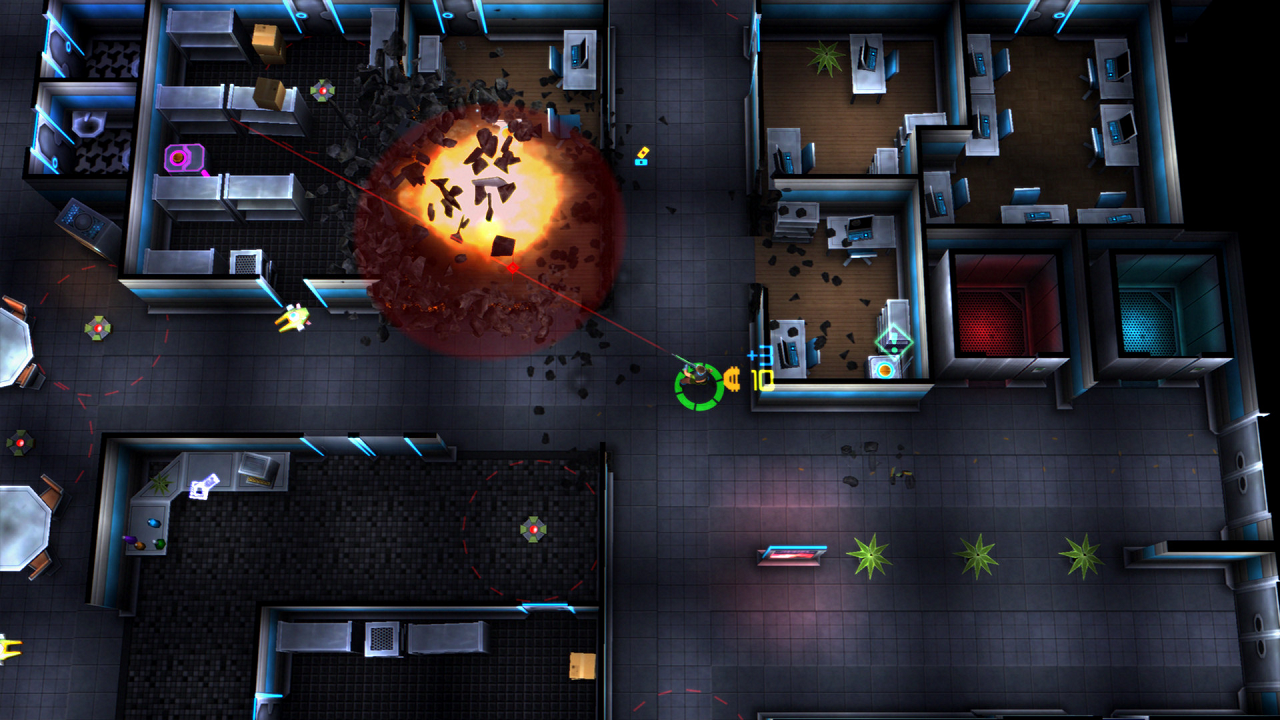 While most of this review is spent talking about what went wrong, there is a certain type of gamer who will enjoy Neon Chrome. Gathering a few friends with some snacks and drinks can result in a good time. The same can be said for so many other games, though, and there is just so much not quite right with this title. The core concept works and the skeleton of a great title is in place; the issue is the parts that were bolted onto the frame are not the promised chrome, but instead plastic coated in an attempt to fool at a glance. In the end, this Chrome needs more polish.