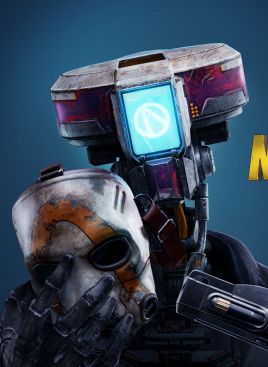 New Tales from the Borderlands

Let’s just begin this review by skipping straight to answering the biggest question you may be asking: no, New Tales from the Borderlands is not as good as Telltale’s original episodic spinoff, which was so good that it wound up being our Game of the Year back then. That game was an insanely high bar for narrative adventure games, Telltale and the Borderlands franchise as a whole, and had a seven-year gap filled with anticipation between then and now, so fully clearing it was going to be a near-impossible task. So let’s move from that on to the most important question instead: is New Tales from the Borderlands just a good game in general? Well, the answer is yes, but not without a couple of missed swings.

Set on Promethea after the events of Borderlands 3, New Tales from the Borderlands sees you playing as another ragtag bag of misfits getting caught up in something more massive. This time around we have Anu, a scientist working for Atlas who’s determined to develop something that can make the world a better place, being averse to guns; Octavio, Anu’s adopted younger brother who’s trying to became a successful and famous entrepreneur despite a lack of a business (or much intelligence); And Fran, Octavio’s boss and the owner of a frozen yogurt shop who’s looking to get some insurance money and make some major repairs after a Maliwan laser destroyed a good chunk of their business, hoping that their temper problems don’t get in the way. A sudden invasion by Tediore and their hunt for — what else — a Vault causes them to all wind up together, where they just might find a way to make all their wildest dreams come true…or die in the process.

As for supporting characters, there’s L0U13, a dapper assassin droid with a British accent that joins up with the gang who’s literal-minded, immediately kills anyone with a contract who says their full name, ponders the purpose of their existence and what they’re capable of, and is genuinely friendly towards our trio, even learning and emulating things from them as they show an interest in comedy. And this is followed by the rest of the cast, which consists of several people not lucky enough to be L0U13. Seriously, there’s a reason L0U13 graces the box art. They’re clearly this game’s best equivalent of Gortys or Loader Bot, and if Gearbox are smart enough, they’ll find some way to eventually work them into future games in the series. 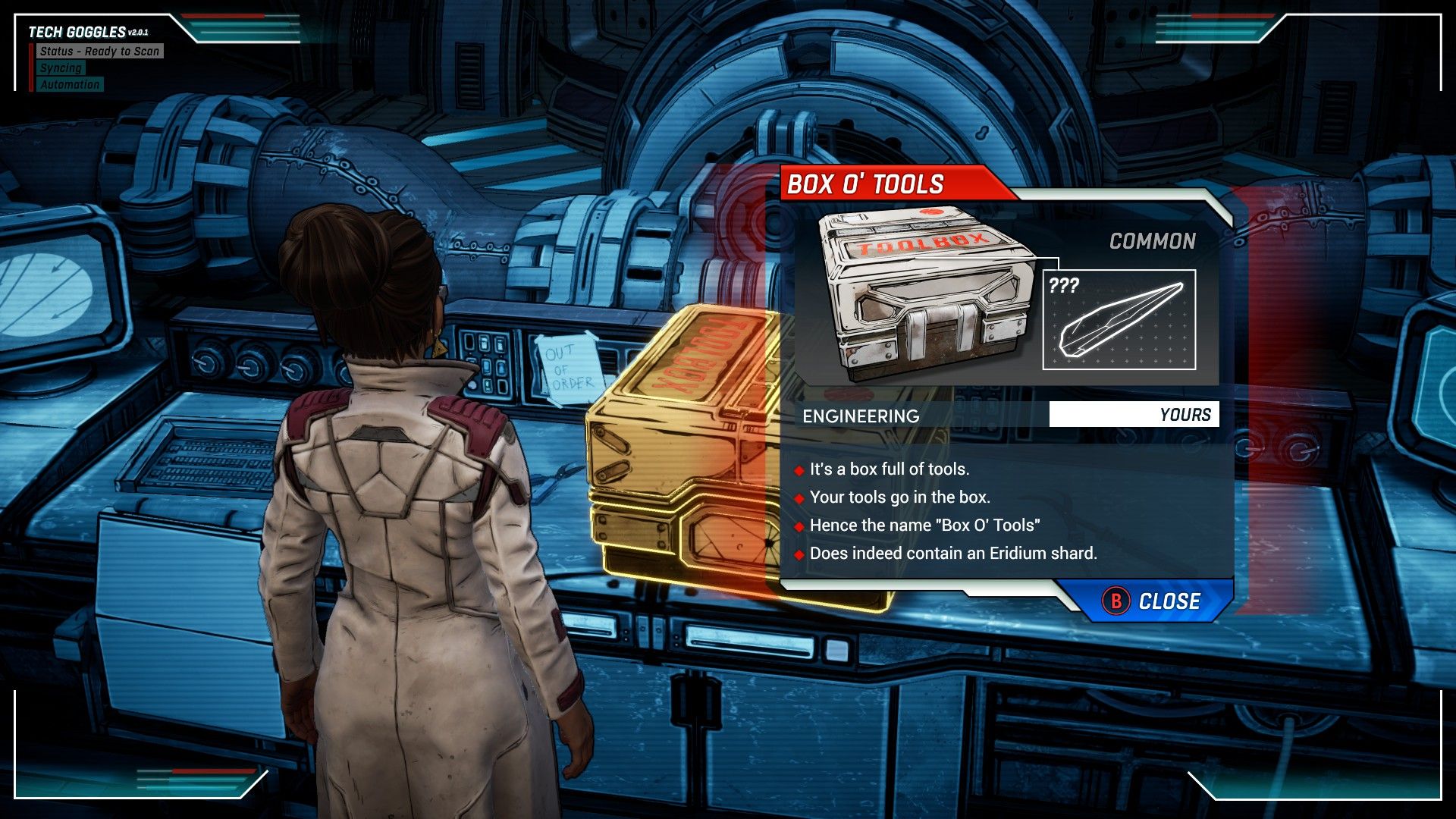 When it comes to the rest of the cast — seriously this time — they’re admittedly one of the weak links. Not in design or personality, they’re fine and get nice humorous moments, but rather in that the story structure doesn’t give us enough of them. In contrast to the original’s growing lineup that arguably comes about because of its road trip-style plot, New Tales from the Borderlands just stays in the one city on Promethea, and the plot just never seems to allow for any new characters to re-enter the plot, save for a couple like Brock, the kill-crazy walking, talking gun, and the Antagonist, Susan Coldwell, who’s nicely menacing. But without a good chunk of screen time, a lot of the other characters never get the chance to leave a huge impact.

Outside of the characters, though, Tales of the Borderlands also suffers in the gameplay department, once again with nothing particularly bad, just not a whole lot that gets developed. Aside from the standard dialogue options and QTEs, Gearbox crammed a lot of other additions into the gameplay, with each character getting their own unique abilities and interactions. But while some like Anu’s scanning goggles and Octavio’s hacking P-HONE appear more as part of the story, other elements like the robotic arm on Fran’s chair and Octavio’s ability to perform background checks barely get used when investigating things. For that matter, sections where you walk around and investigate things are used sparingly as well, once again having the meat be in the dialogue and cinematics, which doesn’t help. Even the money you can collect this time around isn’t used to affect gameplay, instead used to purchase skins for the characters.

If all of this is sounding negative, then don’t worry, I just wanted to get any of the flaws out of the way. Plus, in fairness, it could just be possible that what you can do and who you can encounter in your path is determined by the choices you make throughout the game (we sadly have not had time for a second playthrough yet). Certain choices seem to have cost our cast a valuable Vaultlanders figure, though. A new introduction to the game, you can either find little figurines in certain areas that let you play Vaultlanders against an opponent, with their defeat rewarding you with even more of them as well. They’re a nice little extra to hunt for, and while Vaultlanders isn’t the deepest game (it basically just involves more QTEs), it’s still fun, especially since it seems to capture the spirit of kids wildly playing with their action figures (it’s also where all the major characters from the other Borderlands games get to appear, with only Rhys and a narrating Marcus popping up otherwise). 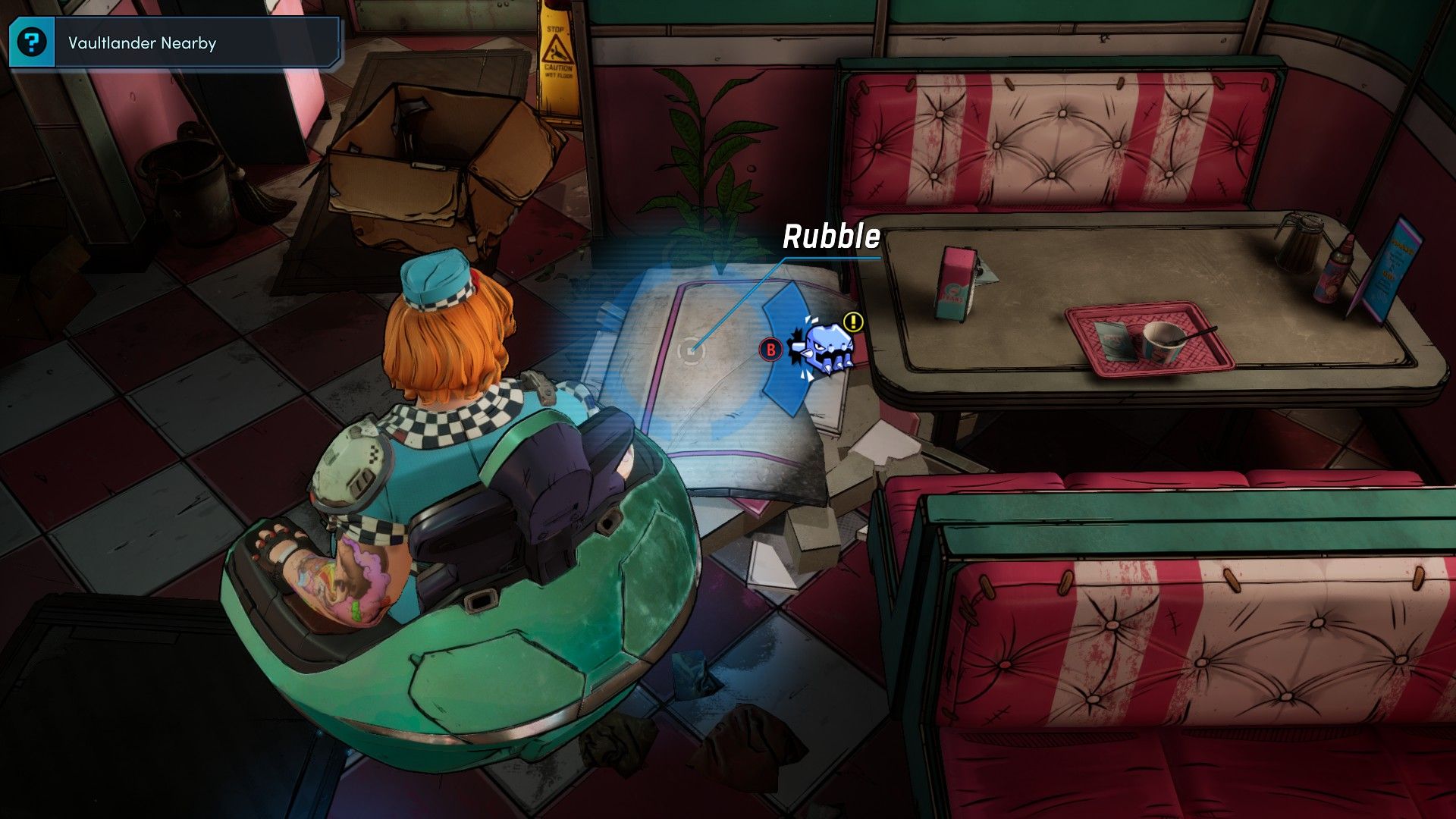 Our trio has various different reactions to these figures and their battles that are a treat to watch, and with that, we have a segue into discussing the main characters as well, and they are indeed three rather welcome protagonists. Moreso than in the original, New Tales from the Borderlands has a heavy focus on the types of characters who wouldn’t normally be the playable stars in a Borderlands game, allowing for a greater glimpse into the world and a unique perspective on things. Anu is an enjoyable bundle of anxiety who acts as the only (mostly) sane person in the group, Octavio is a more confident loudmouth street rat that whips up plans on the fly in order to try and get ahead, and Fran — my personal favorite — is someone who merely wants to fix their shop and dispense the best froyo possible, and has a rather brash personality, being quick to resort to anger while also trying to trigger a traumatic part of their past resulting from it. They’re all likeable, fun to play as, and most importantly, deliver a lot of funny moments.

Speaking of funny moments, the story delivers a ton of them as well, but also manages to be an engaging tale about family and relationships, with Fran serving as the somewhat parental figure to the bickering Anu and Octavio. There’s even a relationship meter measuring their connections in between games, though how much it affects certain choices is difficult to judge with one playthrough. The plot even manages to get into some surprisingly emotional and heartfelt stuff on occasions, though some of that may be heading into spoiler territory. What isn’t a spoiler is that the typical Vault shenanigans pop up earlier than expected, taking the traditional plot structure you may expect from Borderlands in a different direction, which is welcome.

That last bit may actually explain why New Tales from the Borderlands can feel a little off at times compared to its predecessor, though. With this latest entry, Gearbox are clearly trying to make this new adventure feel like a fresh change while still staying true to not just the style and humor of the series, but the setup of the original game as well. While it does stumble on a few bits, the memorable story and impressive main characters (plus L0U13, but especially L0U13), plus the still-impressive signature style and graphics and catchy store with a few sweet licensed songs easily make this a new tale worth hearing. 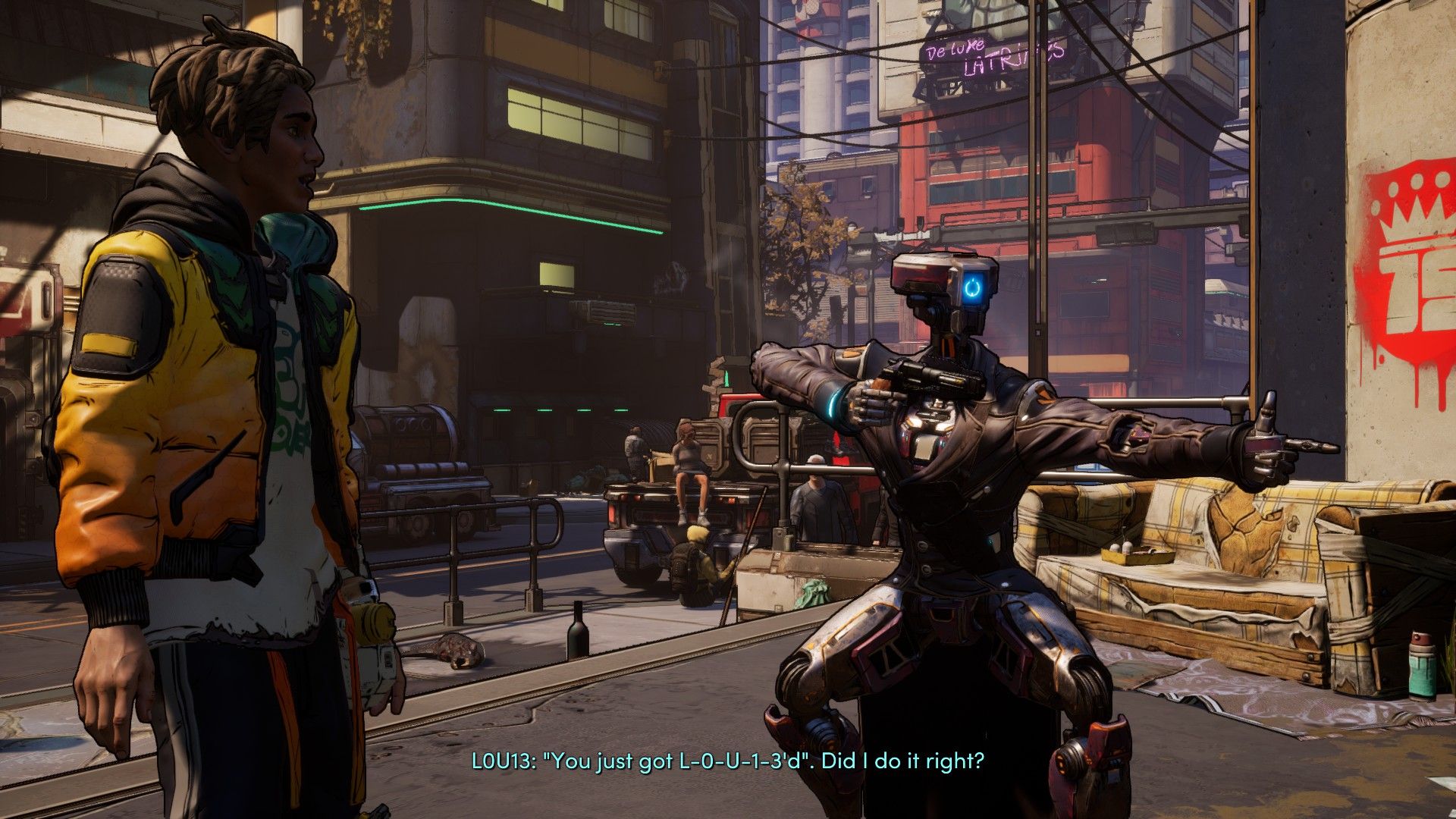 As stated in the opening, New Tales from the Borderlands doesn’t top the amazement of the original game. That still doesn’t stop it from delivering an impressive adventure game in its own right, however, filled with an enjoyable story about family, a lot of great bits of comedy, a deeper look into different parts of the Borderlands universe, and of course, the sheer joy that is L0U13. New Tales from the Borderlands ends up being a mostly worthy successor to one of the all-time greats…now here’s hoping we just don’t have to wait another seven years for a sequel.