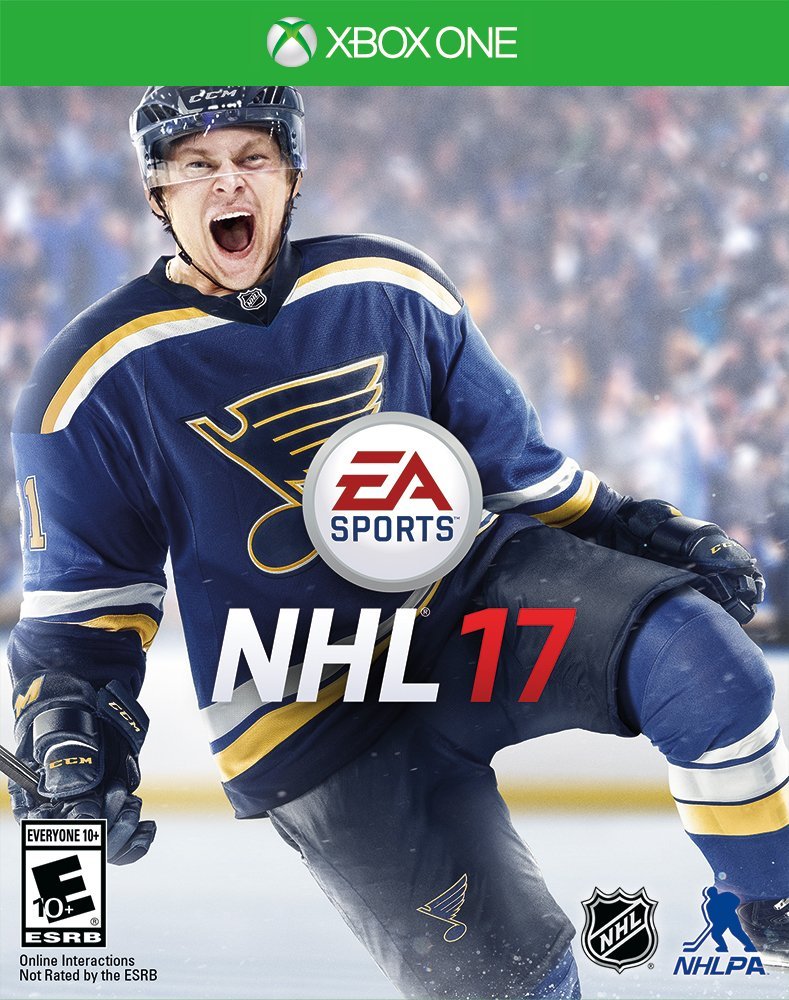 For a new player, sports games can be daunting at first. Since the early 90s these types of games have been iterated on and iterated on to the nth degree, making them incredibly dense for anyone new to jump into. Yes, it’s not out of the realm of possibility for someone to just pick up and play a sports game without understanding all of its systems and still have a good time. Understanding the minutia that comes with all of the new changes, however, is what makes sports game interesting to us who come back to the well year after year. With NHL 17 all of these things are true, sometimes to a fault and sometimes they are the very things that make it stand a step above the sports game pack.

Since making the leap to the Xbox One and PS4, hockey games have had quite a bit of trouble in finding their footing. With NHL 17, EA Canada have firmly planted their skates on the ice and made a game that finally feels complete and lives up to hockey fans expectations. Despite its shortcomings when it comes to helping out newcomers and its lack of extensive progress from last year’s game, it does turn out to be a solid entry in the NHL franchise, and is the best way to get your hockey fix on the current generation of consoles.

Overall, the feel and gameplay in NHL 17  is scattered to say the least. Methodically setting up a play on offense is now easier and more intuitive than ever. While counter attacks from the defensive zone make transitions feel incredibly fluid. This means that whichever side of the puck you’re playing you constantly feel rewarded. The on-ice trainer is a solid way for newbies to learn the ropes when it comes to simple things like passing and and shooting, but it doesn’t really provide people not familiar with the sport a way to learn more advanced skills. In other EA Sports titles like Madden 17 or FIFA 16, there’s an entire mode dedicated to teaching you the fundamentals of the game. In NHL 17 there isn’t any prompt to teach you things like the dump and chase, which are fairly necessary in order to expand your skill set. The coach suggestions after each period simply aren’t dynamic enough to really help you improve my game at a certain point. Without a system dedicated to teaching you these things it’s left up to you to learn on your own, which for someone just picking up the game can be sort of a burden. 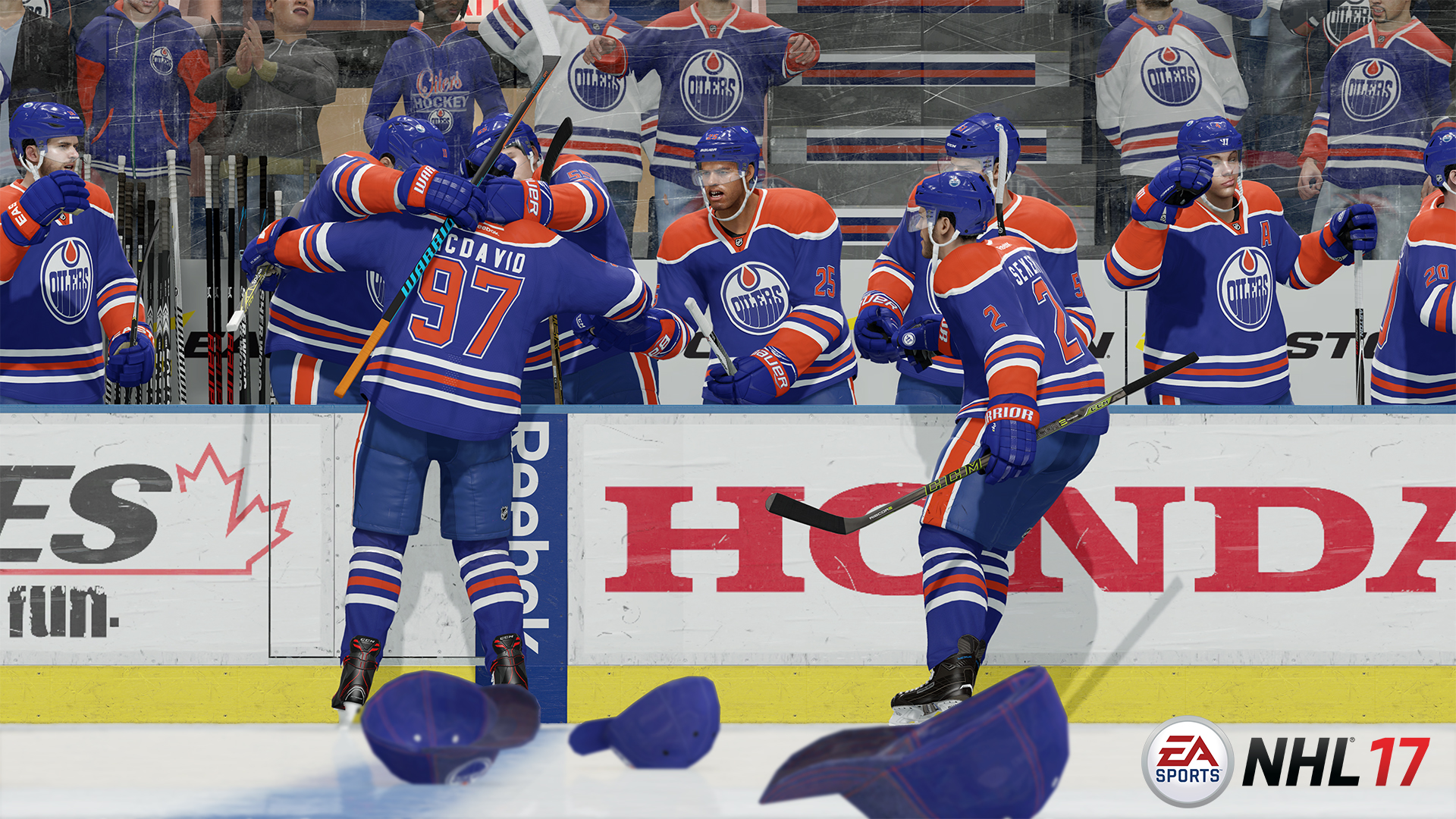 There are also frustrating moments where characters interact in ways that left me shaking my head. Wonky physics that occasionally take hold and make players collide in weird ways or clip through each other during celebrations make the game feel a little too clunky. This combined with a default control scheme that is often too complex makes playing the game “the way it’s supposed to be played” a bit too tedious. Thankfully there are other control schemes which provide a more arcadey experience that makes skating more fun. But with them you do lose the elements that make NHL 17 a great sim game, leaving you feeling a bit damned if you damned if you don’t.

Presentation in NHL 17 is terrific and far and away the thing that sets it apart from any other sports game in the industry today. The true to life NBC broadcasting scoreboard and graphics package complete with an exasperated Doc Emrick who loses his mind more and more as games goes on makes the atmosphere in the arena and on the ice feel more realistic and exhilarating than any other game does. It’s a bit disappointing that they brought back the pre-taped live action introductions, as they do bring a sort of uncanny valley to a game that is already stunningly beautiful. Given the fact that this only lasts a few seconds at the beginning of each game, however, it’s not terribly hard to forgive. 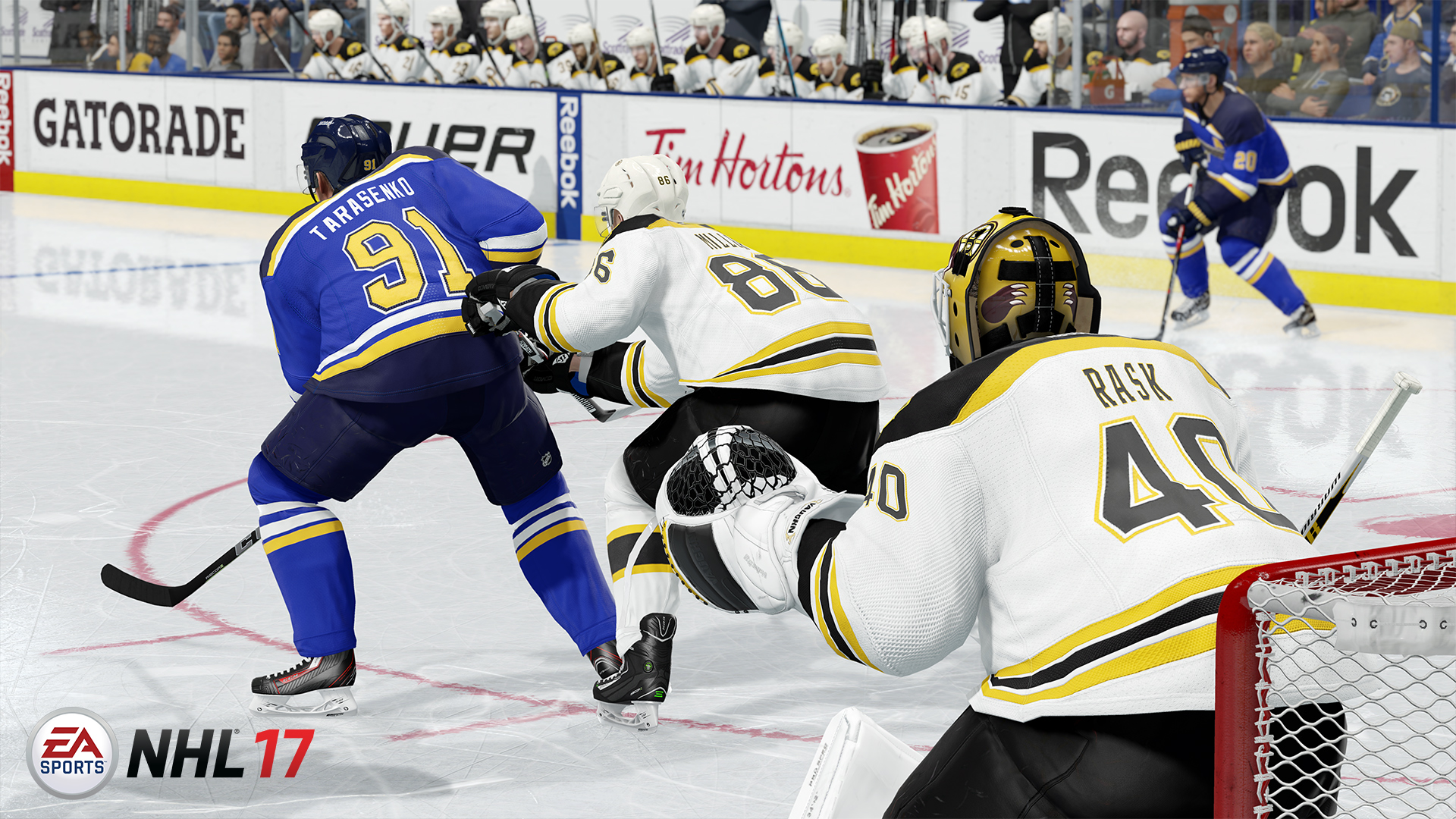 The place where NHL 17 does deliver the most is in the inclusion of game modes from past year as well as a few new ones that add to the overall hockey experience. Franchise mode is back and provides a lot in the ways of customize and control your organization. From arena and team uniform customization to changing the what music plays after a goal, the control you’re given adds significantly into making your club feel like your own. The season mode strips away all this extra fluff, boiling it down to just playing games and making trades, which is nice if you’re not interested in dealing with how much drinks cost at your arena and negotiating contracts. The Be A Pro Mode is back, but it, like Season mode, has nothing really changed from NHL 16. The new World Cup of Hockey tournament is neat, but isn’t really fundamentally different that just a normal tournament with international teams. While it does have the official license, without it really playing a larger part in another mode, it seems too much like a one off things to really make you want to invest any real time into.

The biggest new addition in NHL 17 is the introduction of the new Draft Champions feature, which lets you draft a squad of legends and current players for a tournament style contest on or offline. Similarly to the draft mode in FIFA and Madden, it allows you to play around with Hockey Ultimate Team players that you might otherwise not have the chance to. This means that you can try out a Crosby card without having to shell out an arm and a leg to buy him. Hockey Ultimate Team also has a few improvements by way of card collection and rewards that can be gotten from Draft champions. Despite these modest improvements, there is nothing they can do to skirt the fact that in order to obtain special or meaningful players in order to compete at a high level, you have to give into the microtransaction system that is pushed on you that all EA Sports games seem to love.

EASHL has also seen some new additions to the amount of classes you can start out with as well as drop-in features that make finding a game a lot easier. The menus are a bit unwieldy at times and could have been streamlined a bit, but overall fans of the EASHL should expect more of the same player building and customization that they got last year. That being said this mode is not for the faint of heart and any chance you have to contribute significantly to it requires a lot of time, skill and devotion. 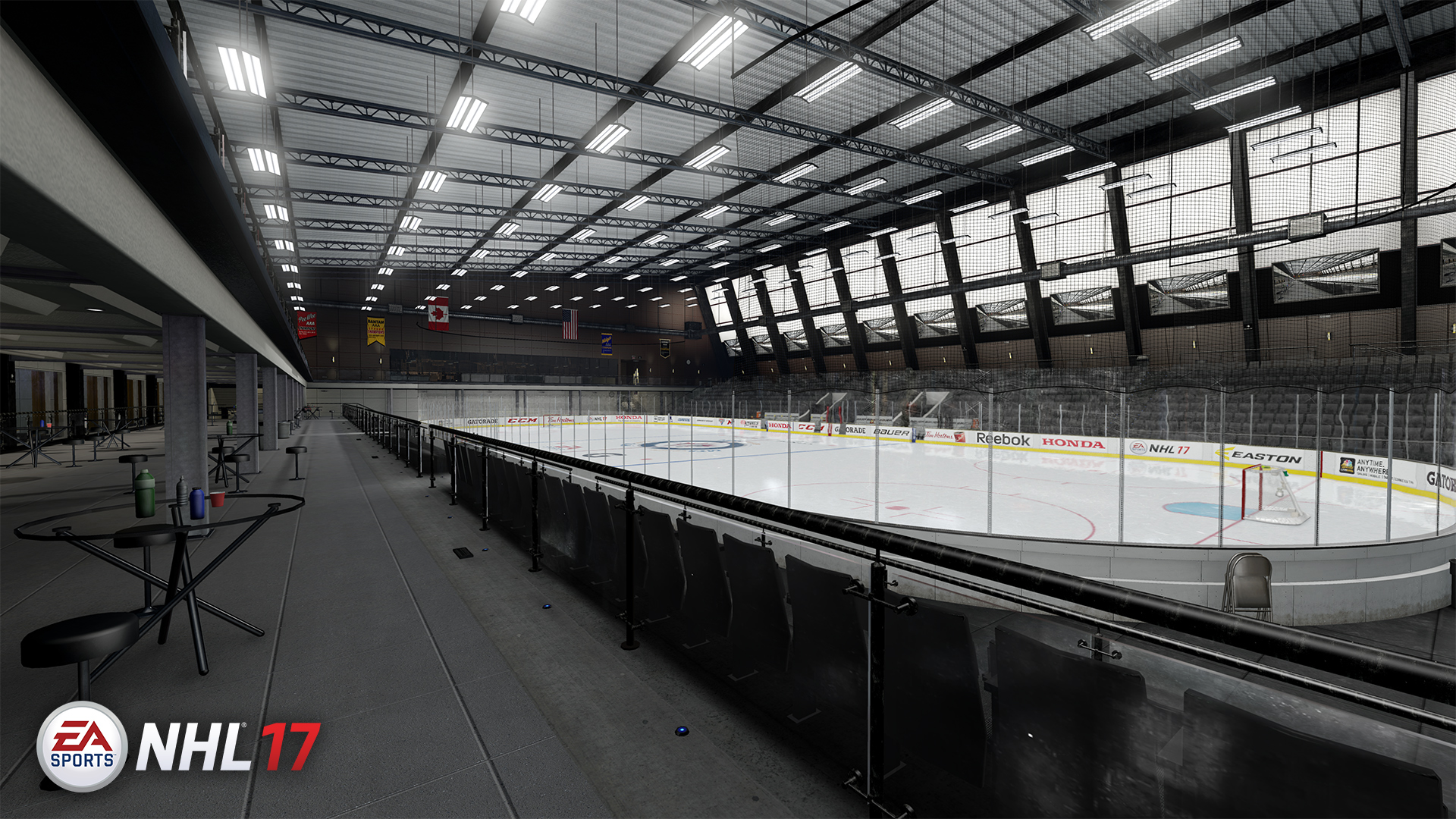 EA Sports has three different sports titles under their belt. Each one is built on the same engine and feel quite similar. Underneath that veil of uniformity, however, there is something that makes all of their games distinct and unique. In NHL 17 it’s everything that surrounds the actual gameplay of it. From the presentation to the deep franchise mode, NHL 17 has everything away from the on-ice action nailed down to a T. If the experience of playing the game fell into the same pristine category instead of being too overbearing for its own good, this would be a near-perfect game of hockey.