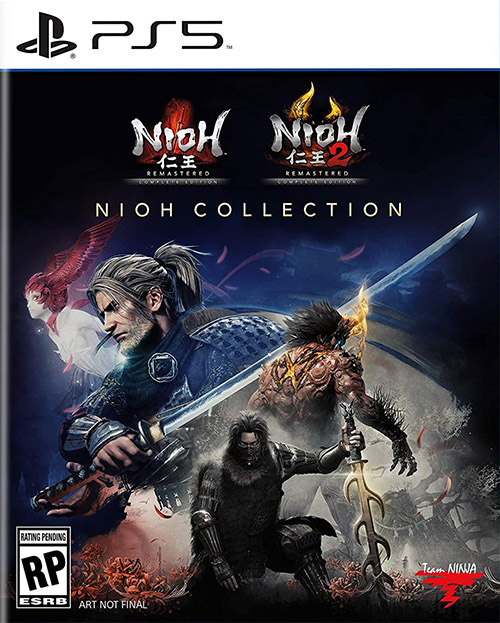 With the popularization of games such as Dark Souls, more and more developers have been trying to replicate the award-winning formula, but there’s one that succeeded in a big way. It seemed perfect for Team Ninja, a studio that may be best known for the bodacious Dead or Alive, but also have been making Ninja Gaiden for some time, a franchise that’s well known for its excruciatingly difficult encounters. With its release four years ago, Nioh found success on the PlayStation 4 not as a Dark Souls knockoff, but a unique experience that was arguably better and more diverse than we could have ever imagined. Then last year a sequel was released, which ended up being far more difficult, but had a creative world with the same, if not expanded, versatile mechanics. Consider there’s a new generation of consoles out, it only makes sense that we see a remaster of these two instant-classics would be brought forth, but we never expected it to be so soon and this impressive. 4K, 120fps and ultra-fast load times; it’s everything we could have hoped for and more.

May as well start off where it all began with famous Irish sailor William Adams being washed ashore in Japan. Obviously, this isn’t anywhere near the true story of William Adams, but it was always a fun way to implement a bit of history into this fictional, mythical world. Despite its trial-and-error gameplay, Nioh isn’t the most difficult game you’ll experience; there are bosses that will give players trouble, but it’s far more fair than you’d think. From a gameplay perspective, though, it’s highly diverse and allows for so many different types of play styles thanks to the various weapons and abilities. It’s a fast paced and exceedingly entertaining, leaving you wanting more after the credits roll — and it helps the new game+ aspects are replayable. With the complete collection, we not only get William’s lengthy story, but the three piece of DLC, as well. Throw in decently-implemented cooperative play (even though I wish one player didn’t have to beat a mission before joining another) and you have something well worth going back to. 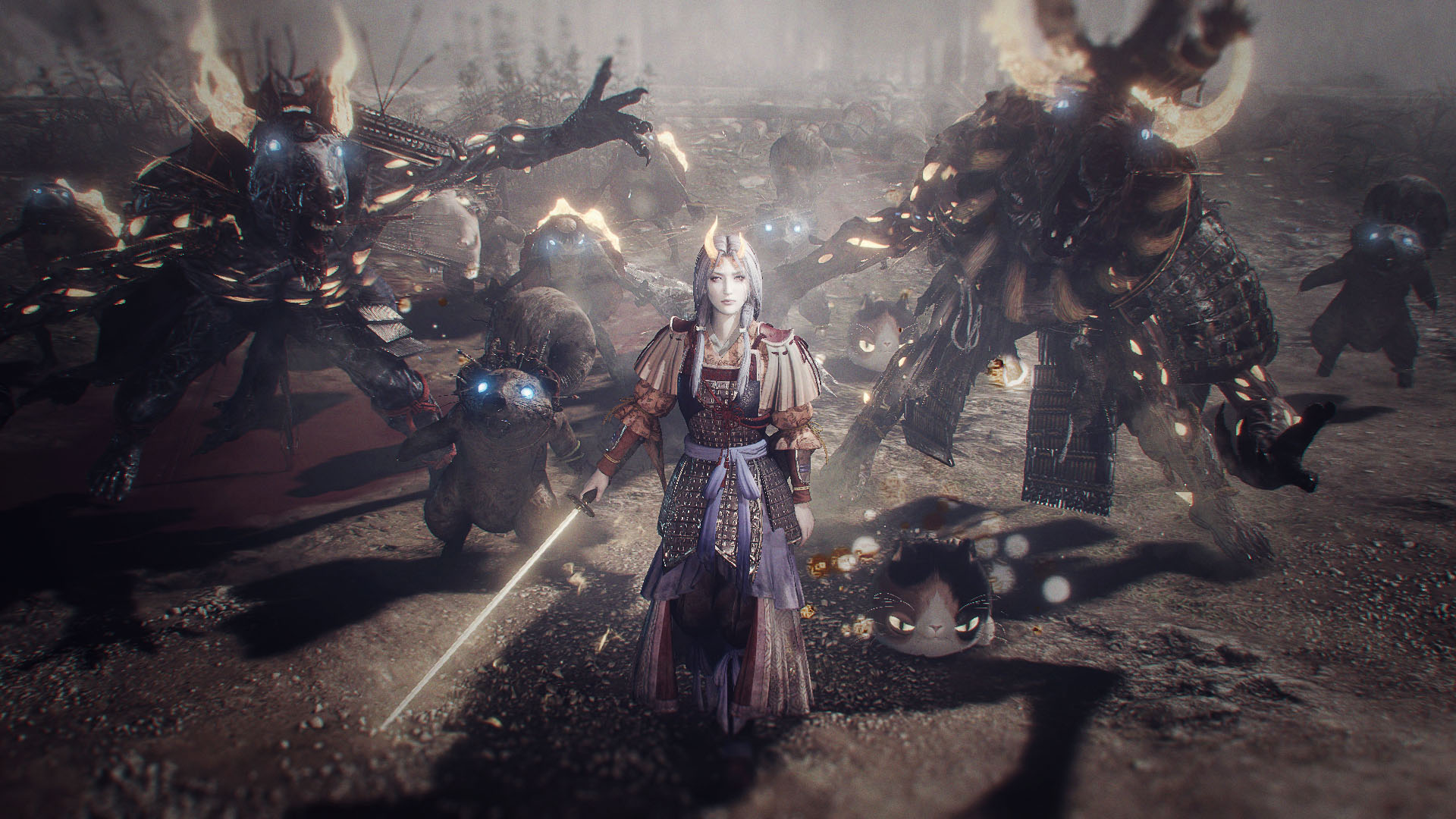 Nioh 2 ditches the idea of having a character-specific story and instead allows the player create their own avatar. It feels like the story is less involved, but still contains all the crazy, over-the-top mysticism we’ve come to expect. Mechanically, not a whole lot is different from the first game, with added weapons and style being its defining factor. Over the course of its release, though, Team Ninja has made adjustments to make it a fairer; don’t get me wrong, it’s challenging and one of the hardest games I’ve ever played, but I didn’t struggle as much as I did when it originally released on PlayStation 4. Like Nioh itself, we also get all the downloadable content, including the various new zones, story and of course weapons, which are fantastic additions. The Fists are short-ranged weapons that pack one heck of a punch, whereas the Splitstaff are longer ranged but surprisingly speedy. There’s an astonishing amount of content to be found in this remaster and will be something that will keep you playing for weeks, if not months on end.

With its release on the PlayStation 5, both Nioh titles have received a sizable upgrade in their performance and visual fidelity. For starters, there are 4K and 120fps modes for those with monitors and televisions that support it, but of course they make sacrifices to achieve such feats. The fact we see these in the two games, especially the sequel which has visually-vibrant moments, is something to marvel at, and let’s hope even more games implement. Even running on the standard mode will be a treat to your eyes both visually and fluidly. The two titles were never particularly the most technically advanced in terms of graphics, but they more than make up for it in the artistic values. Load times have also been greatly enhanced, to a degree they’re almost non-existent. As soon as you load a mission, you will see the “Continue” icon pop up immediately, which is a better solution instead of automatically loading the mission itself, given that some flavor text and lore is hidden in the cards between load times. It makes reloading after a death all the more bearable, especially considering it will happen a lot.

It’s not only the enhanced graphical options that the PlayStation 5 version touts, but it also features various other elements that aid in your adventure substantially. Considering the PlayStation 5 has a significantly smaller userbase at the moment, both Nioh and Nioh 2 feature the ability to play with players on the PlayStation 4 version. Because the games are fundamentally identical, with only some minor hardware-specific differences, it makes sense that there would be not only cross-play functionality, but cross-save as well, meaning if you own the original version, you can transfer your progress to the current generation. The developers have also implemented PlayStation 5’s DualSense Adaptive Triggers for the bow weapon, allowing you to feel the tension in the bow as you pull back, immersing the player even deeper into the experience. In addition, the package also includes 3D audio support for those with compatible devices. There’s a surprising amount of support for the games, making it a remaster to remember. 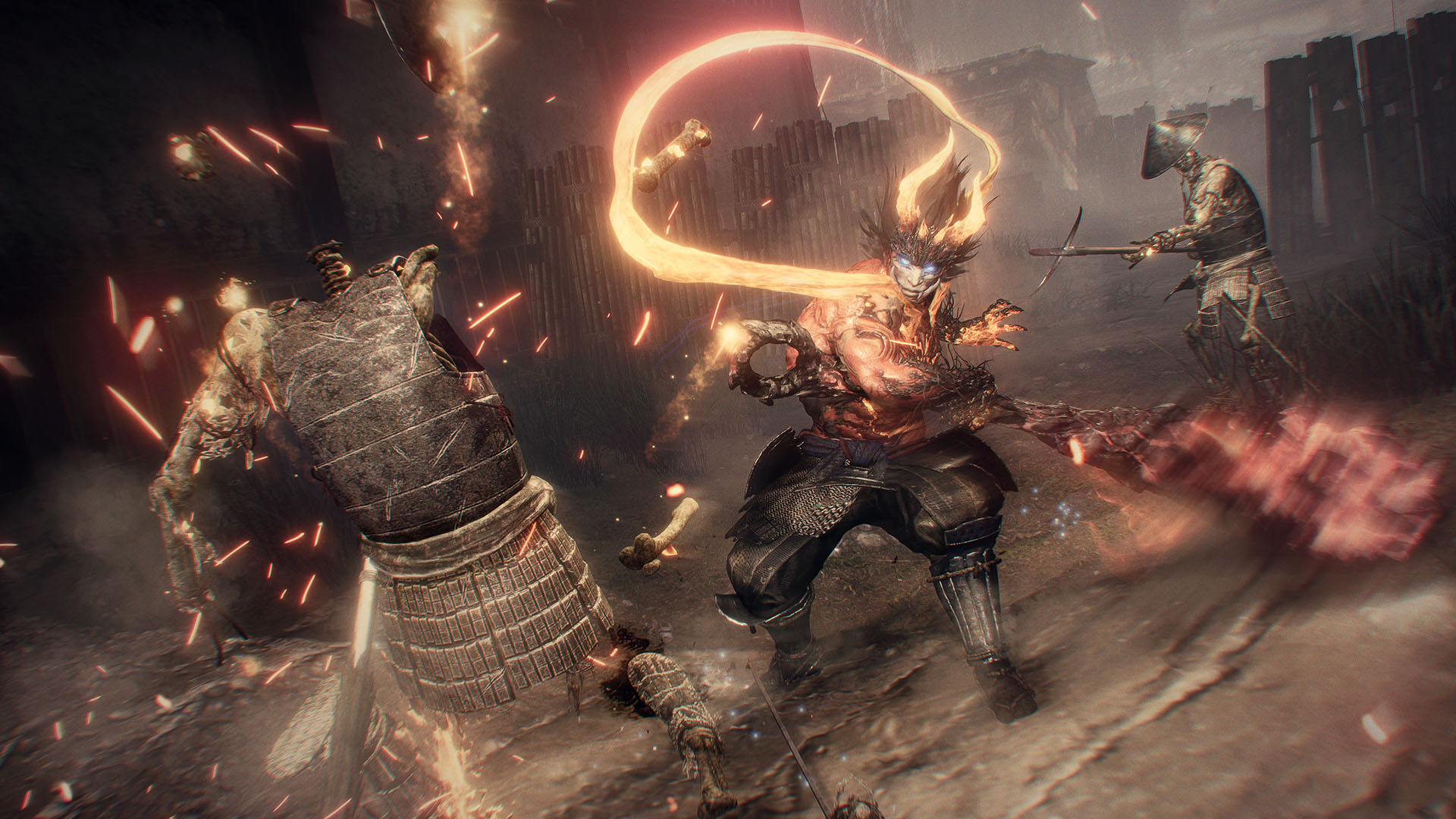 Many will continue to compare Nioh to the Dark Souls franchise because of its difficulty and trial-and-error gameplay, but it has presented itself as something unique. Whether it’s traveling Japan as a heavily-fictionalized William Adams or your own silent created protagonist, there’s something here for the dedicated. I say dedicated because these games are not for everyone. While Dark Souls is considered a challenging series, Nioh can put it to shame, especially when it comes to the sequel. It’s heavily skill-based where you will need to learn and master the mechanics in order to overcome the trials or simply summon someone who’s overpowered who can mow down an entire stage without looking. Nioh won’t go easy on you, but if you’re up to the test, you’ll find an incredible amount of rich and rewarding content. With the PlayStation 5 Nioh Remastered Collection introducing both 4K and 120fps modes, beautifully rendering the mystical worlds onto your screens, the two Nioh titles remain some of the most gratifying character action games on the market.