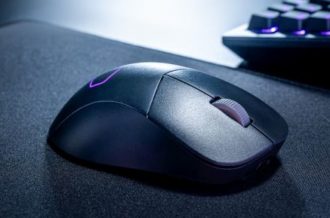 NZXT has always been known for providing computer components for builders. Now it’s getting into the audio game as the company introduces its first microphone that’s dedicated for gamers and streamers. The NZXT Capsule USB Microphone include a Cardiod Design with some tech underneath the hood to emphasize voice quality. With a simplistic design and the option to purchase a separate boom arm for easy attachment, there are small caveats here that give it a leg over the competition at the same price range.

The NZXT Capsule sits in the same category as the Yeti Blue Mics, as they’re not considered a studio mic but offer strong audio quality for the price. The Capsule is offered in either a matte black or a white color and is ready to go out of the box. It weighs less than the blue yeti mic and is less bulky. The base is round with an opening in the middle rather than offering a flat base. Two arms extend up from the base and attach to the mic with no need for screws or washers. The Capsule also features a nice ring light that at the bottom of the mic that turns red when muted. While it’s currently not an option, it would be nice to be able to customize this color through the NZXT Cam software in the future. The volume and gain buttons also are placed on the front of the unit for easy access.

Rather than having a completely open design for the microphone, the Capsule offers separate front and rear areas to help funnel in audio. The audio while testing is crisp and clear when close to the mic. With the boom arm option, which is sold separately, having the microphone sits directly in front of your face will allow for excellent audio quality. The cardiod design includes an internal capsule that’s tuned to optimize vocal clarity. During speech, the Capsule captures all of it while negating background noises such as keyboard presses and the like. It doesn’t necessarily do this while sitting silently, but nothing should be interrupting you while speaking. 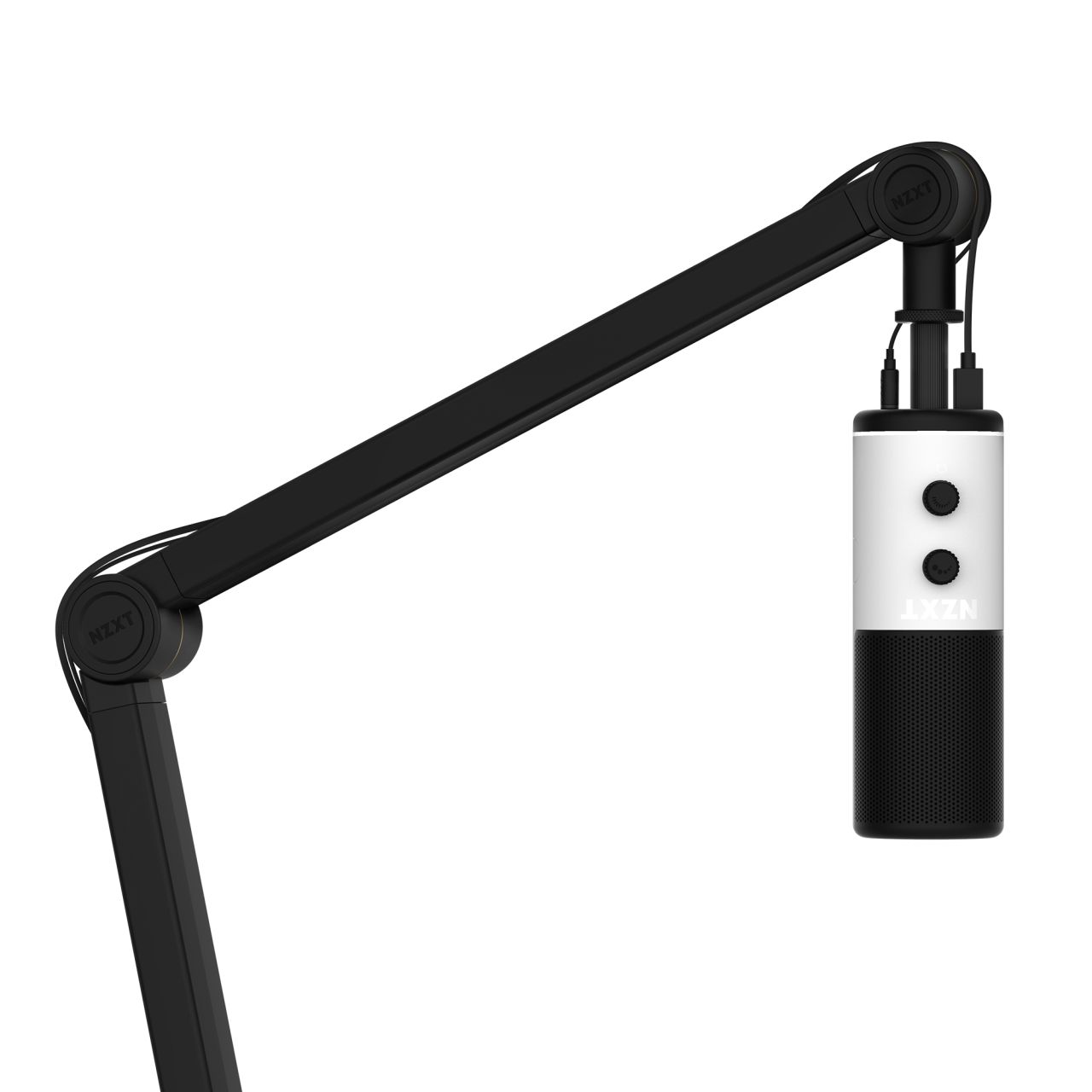 The audio conversion from analog-to-digital is another piece of the puzzle in capturing excellent vocal clarity. The audio resolution on this is 24-bit/96kHz and allows for capturing many types of vocal input, whether it be low or high pitched. The Capsule also does a solid job at capturing audio from a distance, say if its on a desk and you’re sitting about four feet away. If you’re in a meeting or shooting an episode of a podcast with a group of people, it does a solid job at capturing that audio and it feels like an improvement over the Blue Yeti. The Capsule shines the best with direct vocal input, however, but offers sufficient quality at a distance if you don’t have a boom arm.

The boom arm that’s sold separately comes in at $99.99, and while this wasn’t sent for the review, is fairly steep in price for just the boom arm. The compatibility and ease with the Capsules is there to help justify that price. The Capsule, itself, retails for $129.99 and while that is either a touch more than the Yeti Blue or on par with it in terms of pricing, the subtle upgrades here are worth that price. 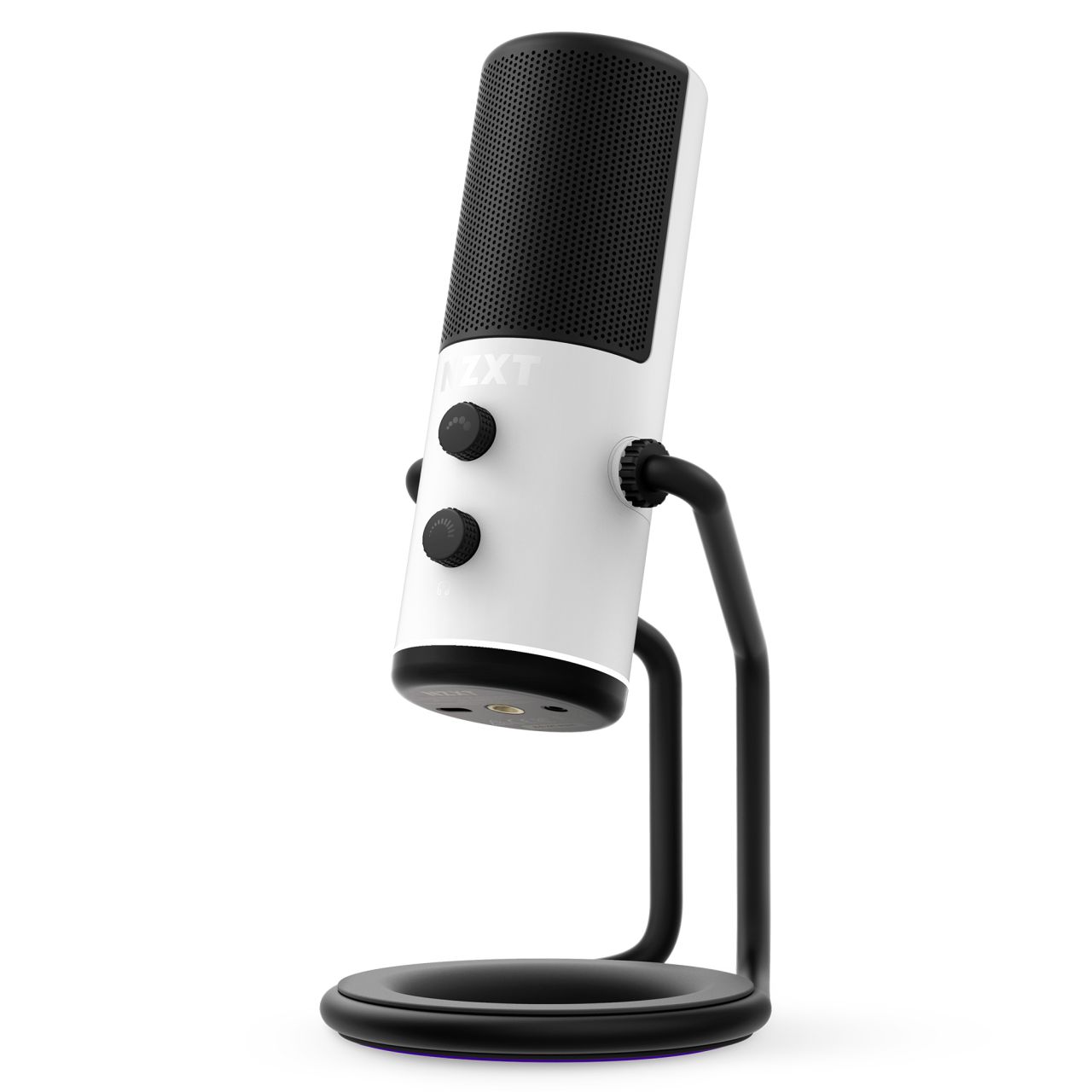 NZXT’s introduction into microphones with the Capsule ups the ante for streaming USB microphones. The Capsule improves on already-established aspects of streaming microphones and also allows for simplicity in its use and setup. The lighter weight and overall design of the mic allows transportation to be easier, but most importantly the audio quality and the noise cancellation during speech are the key selling points that help justify the price.