When you look up PC builds on the internet, many users have chosen NZXT over the competition. The tempered glass design and focus on organization brought a change to the PC gaming world a few years ago. The cases come with fans pre-installed along with LED lighting and cable management solutions so the engineering towards keeping temperatures cool and maximizing airflow are already in place out of the box. NZXT sent us over the most recent H710i mid tower case for review along with its Kraken X62 Liquid Cooler to see just how well PC building has become a form of art.

The first thing worth noting when pulling the H710i out of the box is while it may be labeled as a mid tower case, it’s a behemoth that will fit a full ATX board. The power supply will sit underneath an encasing along with any full size hard drives you may have. 2.5″ SATA drives will have specific areas around the outside of this encasing to conveniently attach. Rather than building with new equipment, we transferred some older equipment. The accessories you need for installing part such as screws and cable attachments all sit in the encasing where the power supply will sit rather than in the packaging.

We were easily able to lay our Asus Z97-E motherboard into the H710i, but not before having to attach a new back bracket for the Kraken X62 Liquid Cooler. Cable management already had the necessary front panel inputs and fan connectors pre-mounted and in place. There is a designed cable management stand that is seen on the right hand side of the case that adds to the look of the H710i. Cables can also be routed from both under and over the motherboard along with the right-hand side. This helps eliminate any cabling crossing the board and will show off the motherboard you bought. Additionally, builders have access to vertical mounted GPUs in the case. All of this organization was engineered ahead of time and prepared for a nearly plug-n-play solution. 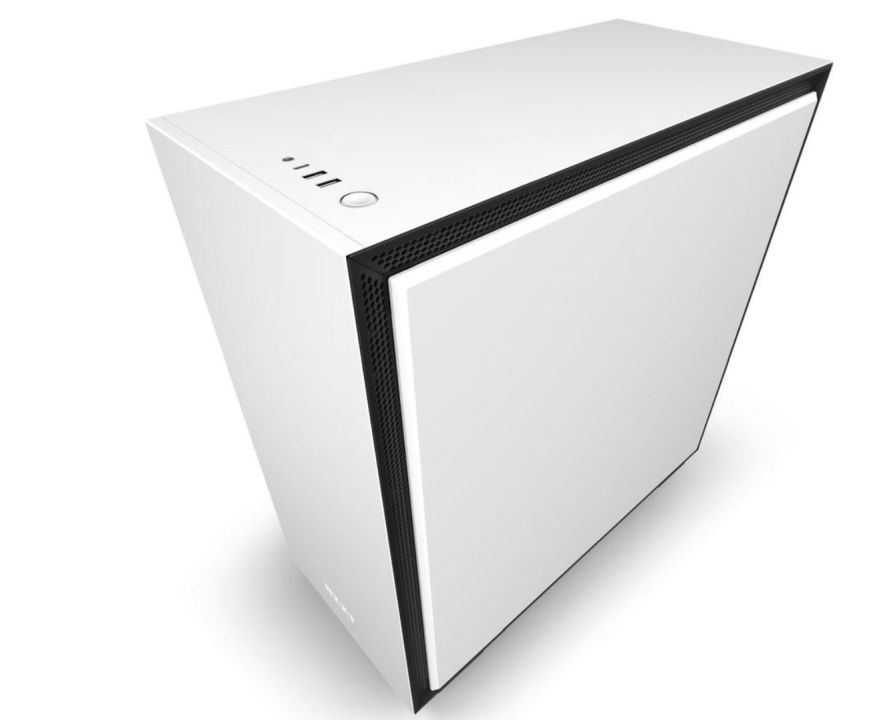 The fans were pre-installed with three in the front and one in the back, but the fans ultimately do lack RGB. The airflow design is for bringing air into the case and pushed out of the top. While there are no fans on the top by default. The exterior design of the case is comprised of SCGG Steel and is extremely easy to remove the panels, which is a big perk. The case we were sent was Matte White and it’s very appreciable when witnessed in real life. While the front cover of the case is solid, PC people will wonder about the airflow. Down both sides of the front of the case are air holes to suck in air and the same goes for the top of the case. Now the fans can be rerouted if someone would prefer, but this has been engineered for the best cooling efforts possible. Every interior fan also includes an air filter, but a close eye will need to be kept on these areas to ensure there is no dust buildup.

The H710i does include a compartment that is designed to fit a radiator. The Kraken X62 we were sent did pose some concerns for air. The compartment can be removed and is designed to have fans on one side and the radiator on the other. Placement was somewhat of an issue due to the tubes that attached to the pump. Depending on the board and where the rear fan sits, space can be an issue. NZXT also offers the three-fan X72, which could be an issue to fit at the top. Next to the compartment is the LED strip for the RGB and it would have been nice to include a strip at the bottom but this may cause some strange reflection issues if NZXT did that. There is space at the bottom. The other lighting sits behind the cable management bar as it helps illuminate the interior without blinding you. The Kraken X62 pump that sits on the processor brings the case to life. The pump features an illuminated LED screens that includes the NZXT logo and other animations that capture what is the future of PC builds. 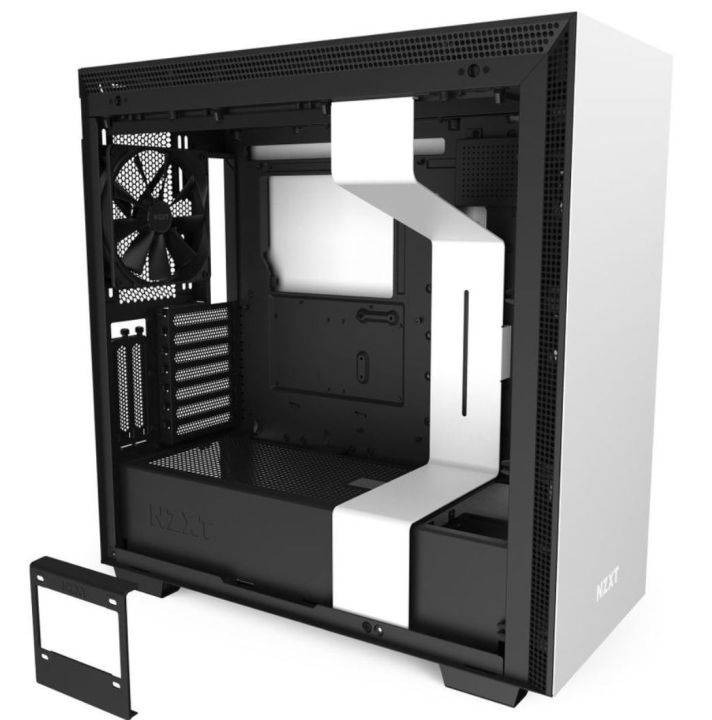 The NZXT H710i works amazing for new builds, but there are a few quirks if your hardware is outdated. There’s a staging bracket below for the larger 3.5″ hard drives, but depending on how many you have, it can block the bottom fan. This would also prohibit the intended air flow design. If your motherboard doesn’t support USB-C, you won’t be taking advantage of the front input for it. There’s also some other cases now that are including wireless chargers at the top of the case and the H710i does lack that, but it’s not a killer. SATA cable placement on the motherboard depending on the layout was a bit tight coming from below the case. Lastly, the computer would not boot due to no fan attachment from the X62 pump going directly to the motherboard. The pump actually plugs into a SATA power connector so we needed to bypass CPU fan monitoring in the bios. Thankfully, there was a way around this.

Hardware monitoring and RGB configurations are done via the NZXT CAM software. Version 4.0 launched this week and the user interface is easy to use. Users can monitor temperatures for not only the CPU, but other pieces of hardware. This is also where the LED strips and the pump for the Kraken X62 can be customized as there are a handful of themes included to choose from. GPU overclocking, power supply mediation and fan tuning is also included. Currently, there’s a performance and silent setting along with the option of manual tooling available. It’s safe to say that this case is quiet even with the pump going on the performance setting. The decibels are actually measured in the CAM software and this is about ten times as quiet as the stock Intel cooler was. Then there is the cooling where sitting at idle hovers around 30° Celsius and peaks at 45° under full load. 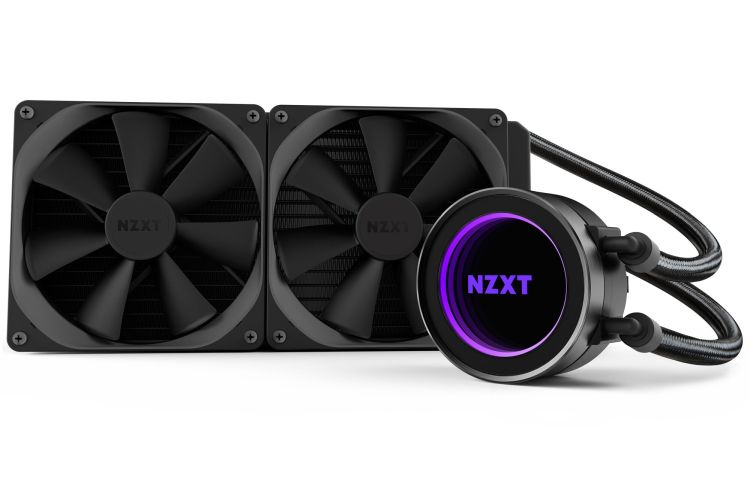 There’s no doubt that the NZXT H710i should be the choice for anyone building a new computer. The case is engineered and designed to get maximum airflow for cooling and setup is simple. There’s a matte black and matte white available with this and while the exterior is a solid color, most likely you’ll be peering through the tempered glass. The case stays cool and illuminates brilliantly. Once the case is finished, it’s something to marvel at and will clearly be an upgrade to previous cases you’ve owned. The only gripes come from having somewhat dated hardware but it will still function mostly as intended. As for the Kraken X62 Liquid Cooler, the pump in itself is an excellent reason to choose this. It’s light years ahead of stock coolers including the AMD Wraith coolers.