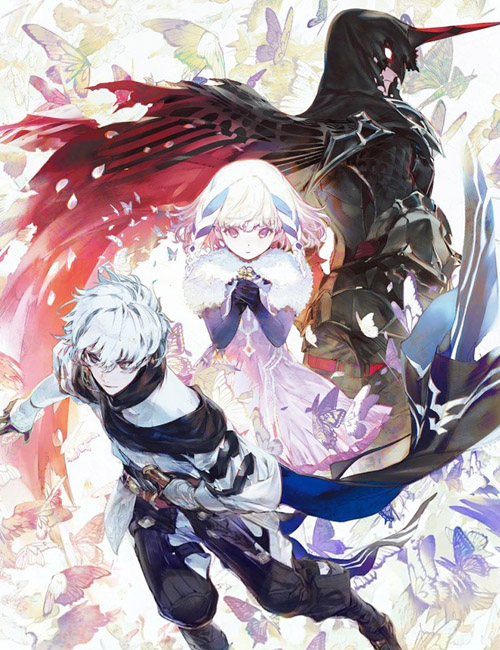 Tokyo RPG Factory was created over five years ago by Square Enix to focus on smaller, more traditional Japanese role-playing games. Starting off with I Am Setsuna, a huge throwback to Chrono Trigger, it had its charm, but failed to diversify itself and became a one trick pony. You can only get so far with nostalgia holding it together, after all. Lost Sphear was their next game a year later, another turn-based RPG, that while not perfect by any means, brought us back to a simpler time. Cut to 2019 where the Japanese-based studio is creating a somewhat different, but similar experience in Oninaki. The studio has moved away from turn based-combat in favor of old-school action. With talent such as Takashi Tokita, best known for his work on Chrono Trigger, Final Fantasy IV and Parasite Eve, surely this is an RPG for the ages, right? Well the answer isn’t quite clear cut.

Oninaki asks the age old question of what happens after you die. The world is a dark one, as people bite the dust left and right to emotionally-manifested monsters, and their souls can be bound simply by a heartbroken loved one. You play as Kagachi, a Watcher whose job is to ensure the souls of the lost pass over to the Otherside so they can be reincarnated. This involves taking on drastic measures to ensure every last spirit leaves the earth, even if it means killing a loved one that restricts their departure. Grieving is strictly forbidden. The story starts off compelling, with various narrative hooks that will have you invested in Kagachi’s journey. Unfortunately, the further you get in, the more muddled it becomes. It doesn’t help that there’s a serious lack of meaningful characters. Kagachi is basically a lone wolf through most of the adventure, with only a couple of characters standing out, and even then they barely get any screen time. What Tokyo RPG Factory does right, though, is telling the stories of various deceased warriors. As you travel through the land, you will come across Daemons, individuals with unresolved emotions that for some reason didn’t turn into monsters, but instead can be absorbed and used in battle. The more you use them and unlock skill points, the more you can get to know their heart-wrenching stories. In the end, there’s an amazing amount of lore and mystery behind the events of the world that should keep you pressing forward. 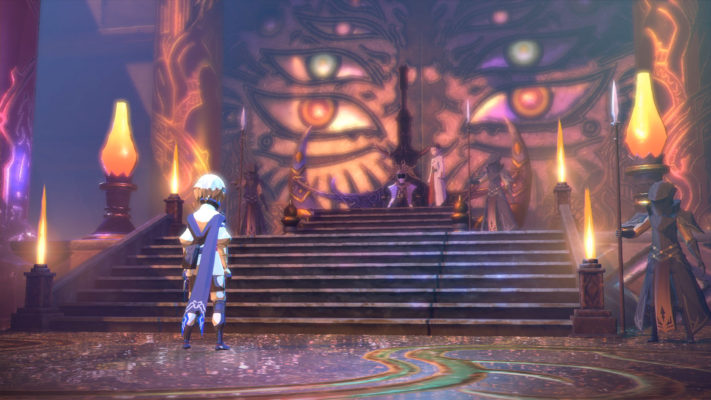 Combat is both Oninaki’s greatest and more disappointing attributes. On one hand, there’s a diverse number of Daemons to recruit into your party, each with their own lengthy skill trees to get through. These beings carry various traits, from boosting critical damage to simply having devastating skill attacks. Depending who you brought into the party, you can change the flow of combat to your liking; some are perfect for bosses while others are good for clearing out a screen of enemies. I do wish that they were better scattered throughout the world, though, as the vast majority are situated in the first half of the campaign. On the other hand, repetition is something that slowly begins to take its toll. While there’s a good number of Daemons, the combat scenarios in the second half of the campaign become a repetitive mess, to a point where it feels like the developers just throw hordes of smaller, weaker enemies at you so you can level up quicker. Excluding the bosses, there are seventeen enemies in the game, all of which are recolored and rehashed. It doesn’t help that, even after hours of experimenting, I found the first Daemon you receive to be overpowered. Her attack and speed is high and the ability to dash is infinitely better than those who jump or guard. While it’s still enjoyable to try out the various others, and there are certain situations where a heavy striker or someone with distance is better, at the end of the day, it feels like the core of the experience is designed around the default Daemon.

The Veil aspect, where you can go into a world between life and death, also contributes heavily to the repetitive nature. Each area is pretty much laid out the same. You enter in the real world, find and kill a Sight-seer to unlock a portion of the map in the Veil. At which point, there are different placements of enemies, not to mention treasure chests to obtain better weapons and Shadstones (essentially Runes). You do this for the entirety of the game, over and over again, rarely forcing some minuscule puzzle-solving aspects between the two worlds onto you. This might only be intensified due to the length of Oninaki as it overstays its welcome by a dungeon or two. Usually a forty-hour campaign is a good length for an action RPG such as this, but because the combat and scenario design becomes repetitive, you’ll feel like you’re dragging your feet in the latter half of the story. The last two dungeons I found myself just rushing through because it was the same scenarios thrown at me over and over again. Fortunately, one of the better aspects of combat is the bosses as they require unique strategies in taking down, and can be challenging. The only downside is that they have surprisingly large difficulty spikes. The problem is that they generally have a fair amount of health, so it takes some time to take them down, but almost all bosses have a specific attack combo that if you get struck once, there’s no getting out of it, which, more times than not, will immediately kill you. Thankfully the checkpoints are good in this regard, even though there aren’t really any in dungeons outside of save points. Tokyo RPG Factory reuse a number of bosses as well, but when you get a unique one, it’s a good time all around. 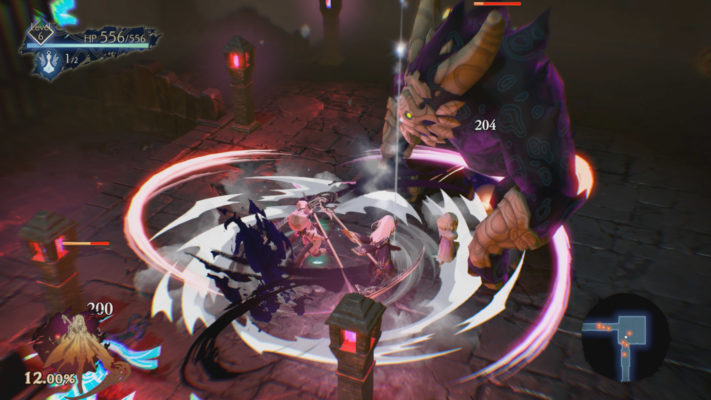 Oninaki is a nostalgic throwback to old-school action RPGs such as Secret of Mana and Brave Fencer Musashi that doesn’t quite stick the landing. The story is ominous and surprisingly compelling, but due to a lack of meaningful characters and a somewhat convoluted mid-section, it ends up spiraling out of control. At least there’s some fun to be had in the combat as there’s a decent number of Daemons to find and use in battle, each with their own unique fighting skills and stories to be told. Disappointingly, this doesn’t last too long. Forty hours for an action RPG seems like it would offer a decent value for your dollar, but because the latter half of the campaign feels sluggish and utterly repetitive thanks to unwavering scenario makeup, it only devalues it. You should never have a game where you’re just rushing through the final dungeons because you don’t want to deal with the same old enemy encounter it has been throwing at you for so long. Tokyo RPG Factory appears to have one goal: remind us of the Golden Years of RPGs. Unfortunately, Oninaki captures that era of gaming and does nothing remarkable with it.