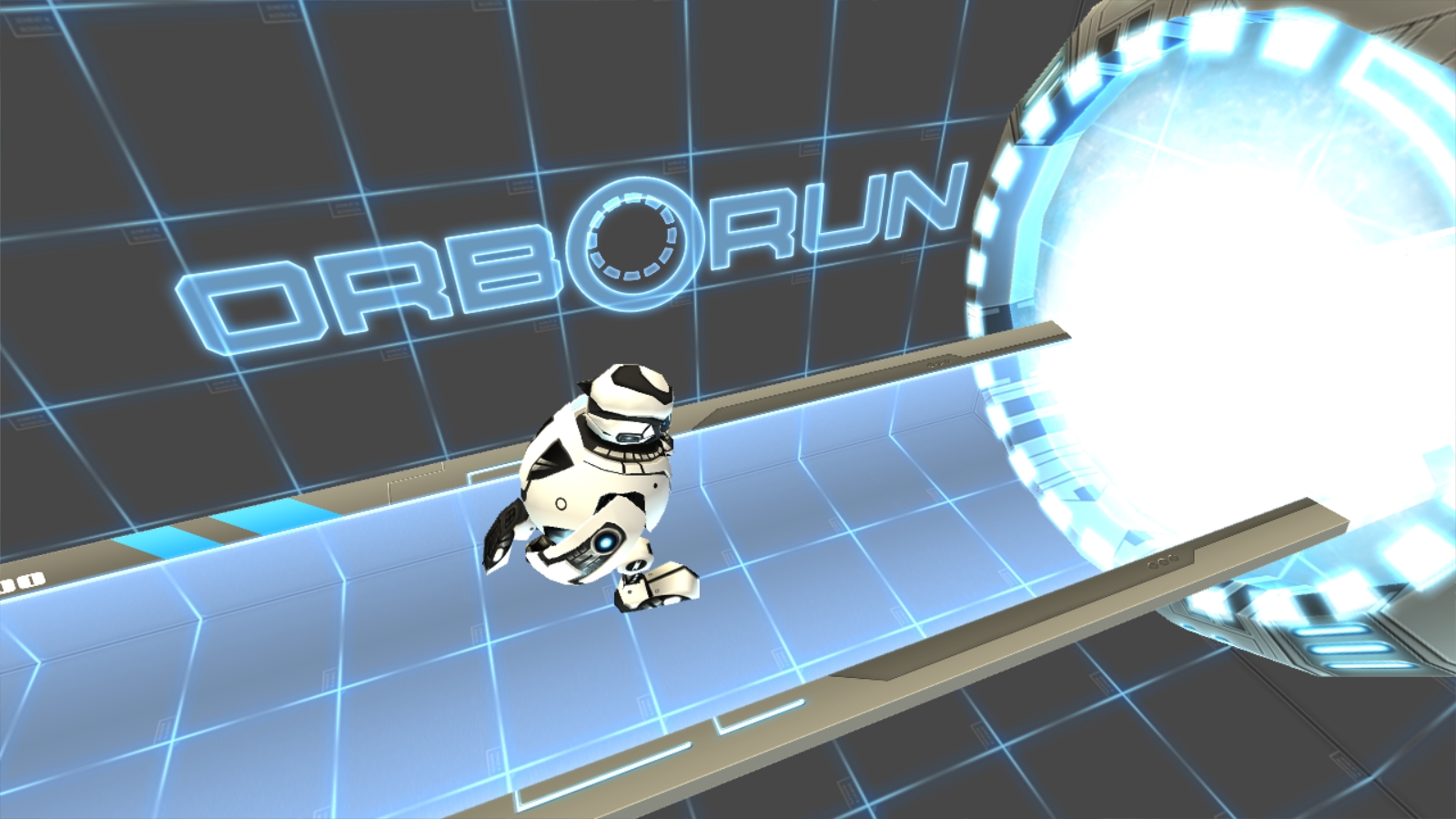 Orborun came out in late 2013 to mobile devices and quickly gained acclaim as a well-crafted Super Monkey Ball-style game with a futuristic setting and a greater emphasis on platforming. It would theoretically be a good fit on consoles, and while it can be sideloaded on an OUYA with ease, it’s never gotten an official console release. The closest thing to one has been this PC release, which is now the definitive edition of the game thanks to its superior graphics. It supports either the Xbox 360 or Xbox One controllers or a keyboard and mouse setup if you prefer. The different control options allow mobile controls to be mimicked to some degree with the keyboard, but haven’t been 100% optimized for controllers as some functions can only be accessed with a mouse.

The large on-screen buttons are a holdover from the game’s mobile origins, and hurt its presentation a bit. All of them can be accessed with a mouse, which isn’t very handy if you’re mainly playing with a controller. Still, the most important thing is that it controls smoothly with either a keyboard and mouse setup or a gamepad. It may be Super Monkey Ball-inspired, but unlike that game, you actually control your character here.  Your little early ’00s-looking kiddy robot named Oorbot rolls around either to the left, right, or at a completely-controllable slower pace. Much like a brake button in a racing game, you’ll be using this feature to make sure you don’t go over the edge. While a racer’s stakes involve slowing down, going too fast here is instant death. While you can replay a stage as many times as you want, that will require you to backtrack to the beginning — checkpoints have limited uses. 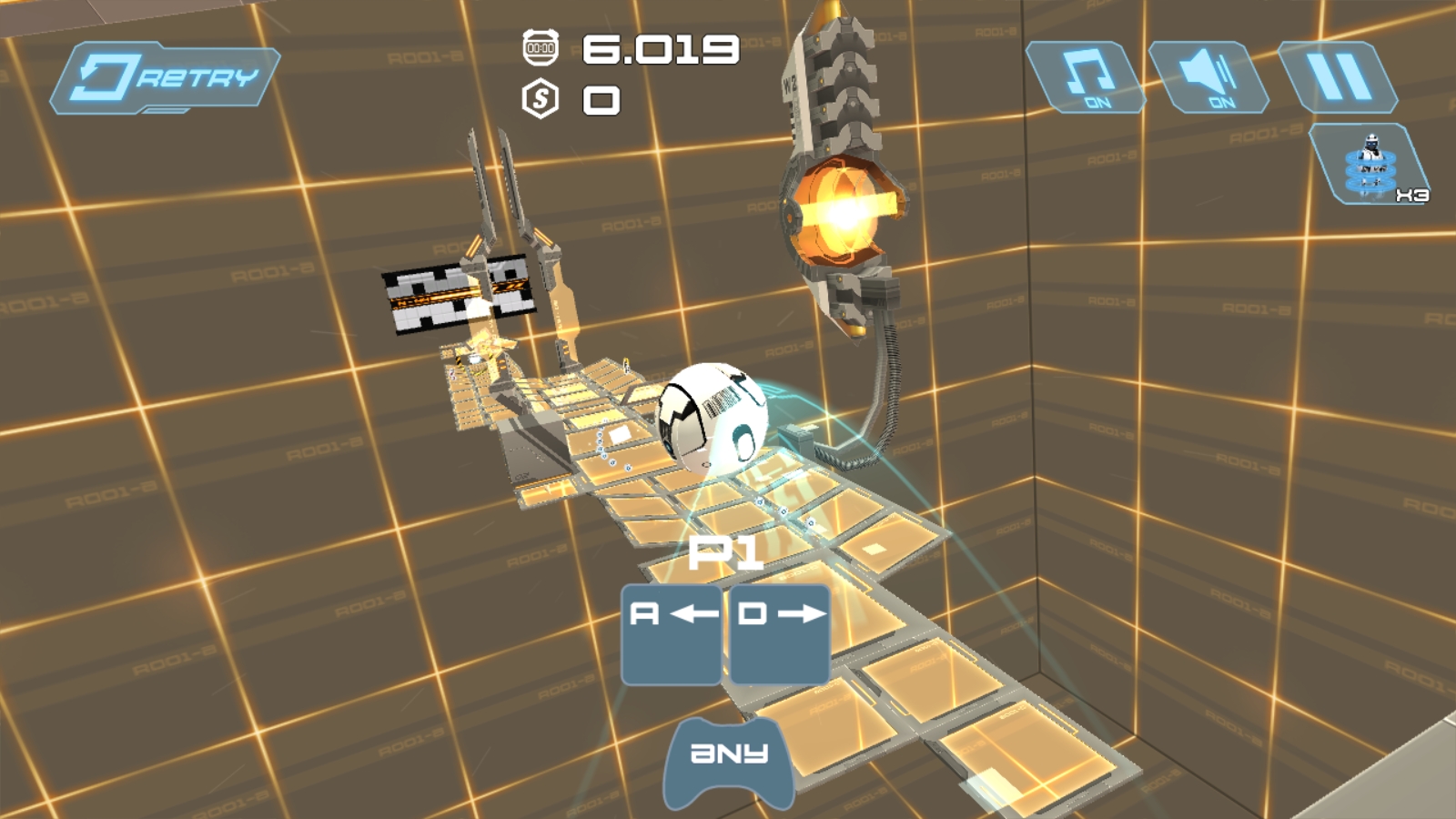 This limitation means that you’ll not only want to get better, but eventually have to or else you’ll spend a ton of time replaying stages. This issue may not sound like a big one, but over the long haul, you’ll spend a lot of time needlessly replaying parts of a particular level. With over 100 of them spread across speed-based, puzzle-based, and hazard-based ones alongside some bonus levels, there’s plenty to do in Orborun. As with most mobile game now, you’ll be graded on your performance. Getting a certain amount of stars for a particular level type unlocks more stages, and the better you do, the fewer stages you’ll need to beat to gain access to the whole game. Item-wise, this is less like Super Monkey Ball and more like the underrated 360 gem Marble Blast Ultra. You’ve got boosters that propel you forward, jump pads that send you skyward, and all manner of little things to pick up along the way. Tiny coin-style icons act as your ideal line of attack, while bigger computer chips show you what you can get from properly positioning yourself on a ramp onto a lower section of the level.

The evolution of the level design is gradual, and the adventure begins with a basic Point A to B setup and then quickly changes into a series of half-pipes, mid-air ramps, moving platforms, panes of glass and even portals. While there is no cake, there is a lot of fun to be had. As a controller-centric player, the lack of interaction using just a pad with the on-screen display is annoying. Going with keyboard/mouse, however,  is comfortable and that’s coming from someone who isn’t usually a keyboard and mouse guy. A and D work perfectly to move around, and some stages were actually easier to complete using the keyboard instead of a gamepad. 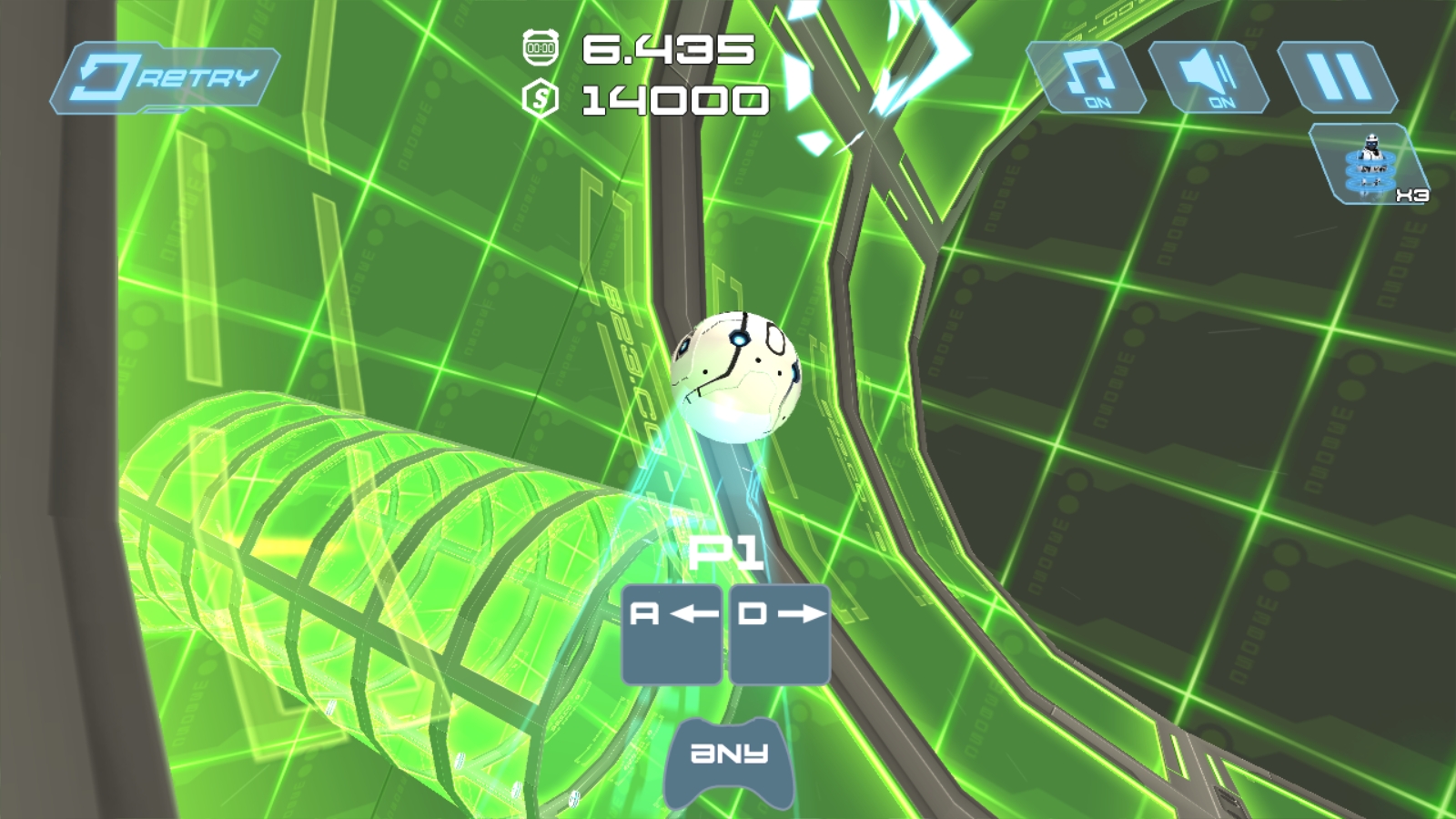 Visually, the PC version looks worlds better than any mobile version. Orbot gains the most from the platform jump since he’s the most frequent site.  The slightly-sterile look actually works in the PC’s favor since it allows the extreme colors to shine even more brightly. If there was a ton of stuff going on, the nice translucent glass effect wouldn’t stand out as much. Animation-wise, the transition from ball to running form is smooth — even if it’s not something often seen.

From an audio perspective, the catchy sci-fi soundtrack works for the concept. The songs are simple and repeat often, though, so more variety would have been nice. After an extended session trying to beat a level, it is tempting to mute the music to help concentrate. It also allows the well-done sound effects to stand out more. 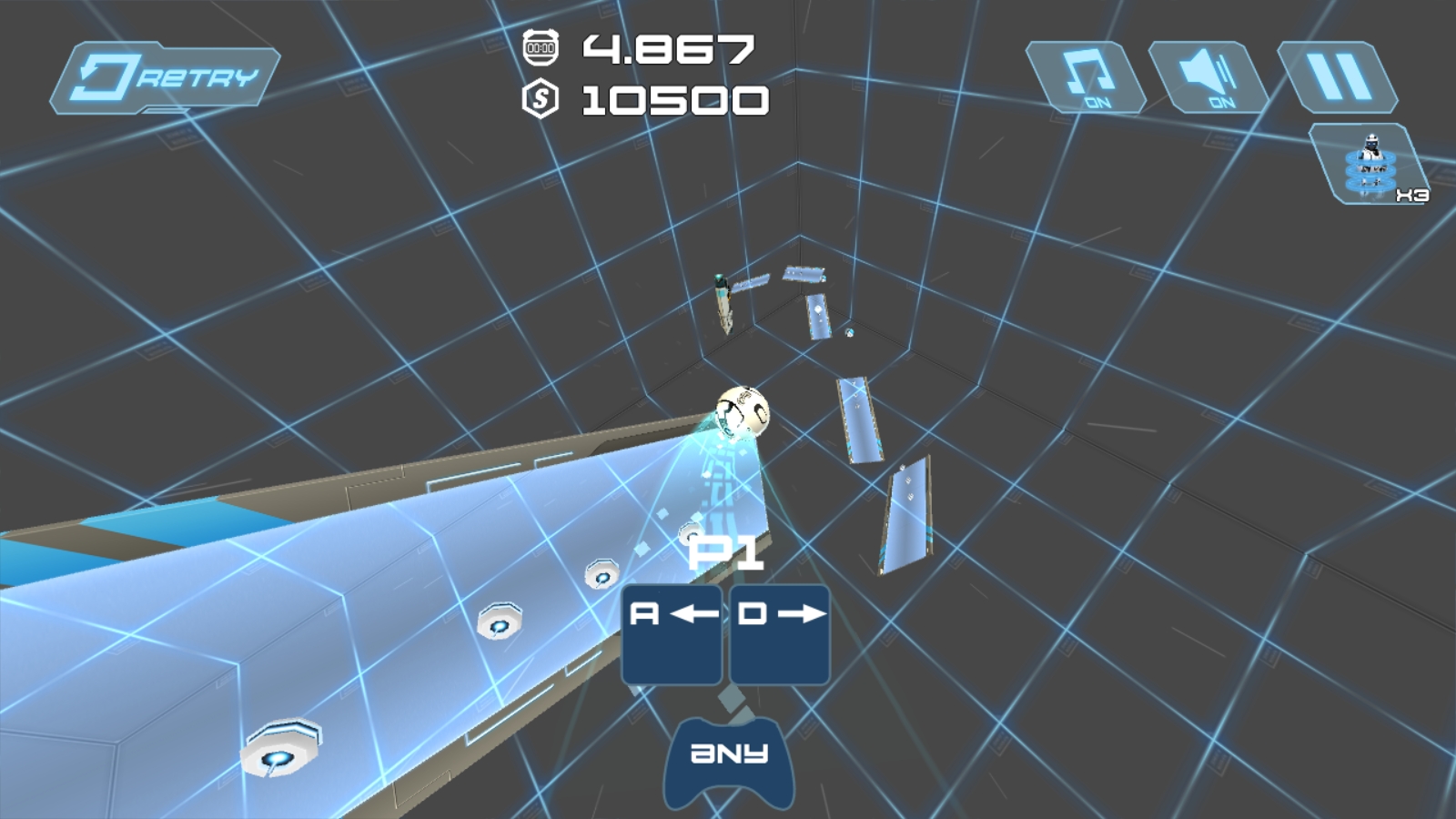 Orborun is one of the finest examples of a mobile-to-PC game to date. It controls marvelously with either a keyboard/mouse setup or a controller, outside of the on-screen UI from the mobile version being retained. The core Monkey Ball-style gameplay is well-done and helps fill a voice for PC-centric gamers since games like this aren’t commonplace on PC. It looks good compared to the mobile version, and has a pleasant soundtrack too. Anyone who loves this kind of game should pick it up as soon as possible.