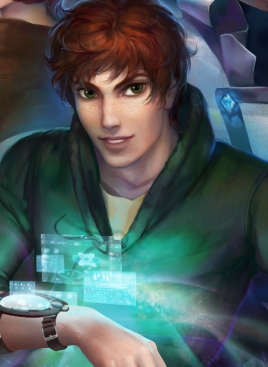 Back in August of 2014, indie developer Reuben Lack launched a Kickstarter campaign for his sci-fi visual novel Orion. A little over a year later (and, amazingly, right on time with the originally projected launch) Orion has hit Steam as a Windows, Mac and Linux release. It’s impressive to see a timely turnaround, even when this title raised just a little over $6,000 in comparison to the ridiculous sums some other visual novel campaigns have managed to attain as of late. With that said, the game works well within its budget confines and the end result is something which is worth playing for fans of sci-fi narratives.

Players are quickly introduced into the world of Orion — it seems mostly based on our current reality but with a few hundred thousand years of advancement. At this point in the 25th century, the Earth had become so densely populated that space stations gained utility as a new home for many humans. The spacecraft which protagonist Sam lives in goes by the name of Orion and is divided up into multiple numbered sectors. Despite the attempt (and hope) that people could be truly united in space, sectors are still conflicted over political and religious ideologies. The game picks up a few days prior to an election ceremony in Section 6. It’s a time of celebration, or at least, it should be.

Things take a dark turn when a teenager named Sam receives a sudden, disturbing message. The digital note plainly states that Section 6 will be destroyed on the day of the election ceremony. Sam has absolutely no clue why he received this message, who it came from, or if it’s even true. Of course, he can’t help but believe it is — and with that being the case, what can he do to stop this disastrous event which is poised to destroy his home? It’s not as if the police would believe it. Heck, even his brother is likely to assume it’s just bullies playing yet another joke on Sam. Luckily enough, his tablet received more than just a creepy warning. Also loaded onto the system is an apparently all-knowing, if totally sassy, A.I. ready to help Sam take matters into his own hands. From there, things quickly move into high gear as players explore one of multiple pathways and conclusions. 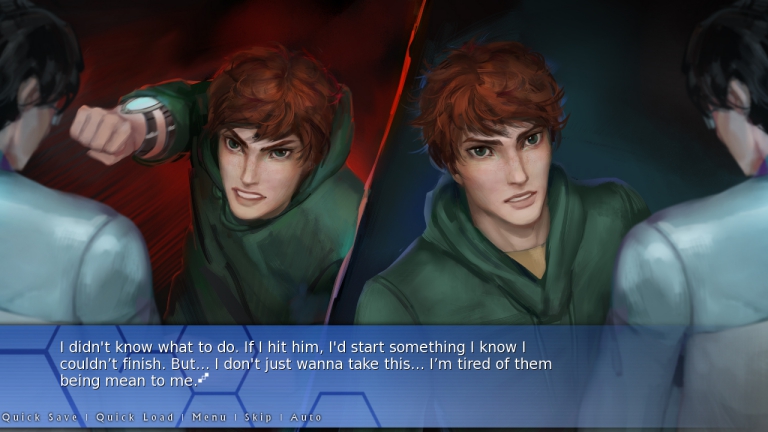 Discussing the storyline much further would spoil too much, but there’s one surprisingly cool facet about Orion’s presentation as a visual novel which deserves discussion. Many games of the genre require players to experience every story path before unlocking a final “true” ending. This is the case here as well, but with a twist. The act of replaying the game and exploring different paths is built into the narrative in a surprisingly smart way. As such, although you’ll retread a fair bit of the same territory early on, the eventual split off points yield more and more explanation of the story from a multitude of angles. There are four main paths to travel down, each with their own good and bad ending. Once those are all taken care of the final ending appears once you select a newly-unlocked choice.

With nine endings to collect in total, you might be led to believe this is quite the long game. Actually, Orion is still pretty drat short. My first playthrough took just under one hour. After completing every single ending (and heavy use of the skip previously read text feature) I ended up clocking in just around three hours. Even though this is a relatively brief visual novel overall, it did manage to be a mostly fulfilling experience. There were some story points which seemed to be left hanging, but overall it felt worth carving out a few hours of the day to play through to completion. There were a couple typos along the way as well, but nothing too glaringly terrible. 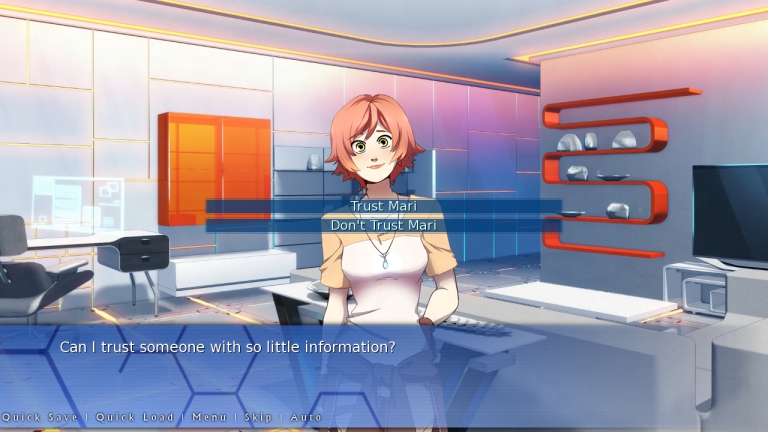 Outside of the overarching narrative structure, Orion also features some gorgeous artwork. Well, some of the time. All CG artwork stands out as immensely gorgeous. Seeing a new one for the first time almost always caused me to take a screenshot. However, the CG artist is not the same person who did the sprite art. Although the sprite work isn’t bad, and honestly is about average in comparison to other indie visual novel efforts, it pales in comparison to the outstanding CGs. The juxtaposition of both makes the difference in styles glaring and feels somewhat unfortunate.

Surprising for an indie visual novel effort, the game also features voice acting for the whole cast. The voice acting is available in English and features quite the talented cast. The protagonist, in particular, sounds like they could be a rising star if discovered soon. Those who don’t dig the voice acting can of course mute it entirely. There’s no way to selectively mute one character, though. The music is another high note as it keeps pace with the exciting storytelling and most dramatic moments. How the developer managed to amass so many talented people to a project with such a tidy sum of funds is impressive. 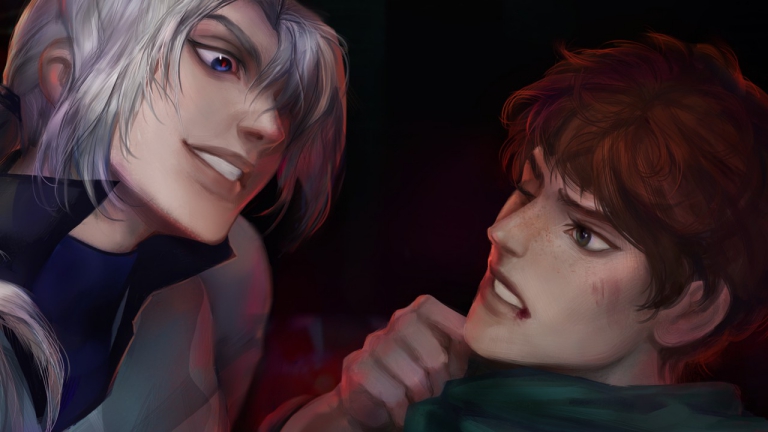 Orion packs a strong, unique narrative into a small span of time. It also brings with it a fair bit of polish, though not enough to immediately stand out against some of its more known contemporaries. Even so, for the first release from Cylight Studios, it’s a striking effort. If they could manage to create such a cool game in one year on a tight budget, then they can almost certainly accomplish far greater in the future. In the meantime, Orion is a brief, but compelling, tale that is worth a complete playthrough.