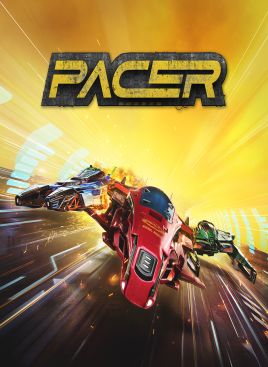 Futuristic and high-speed racing games have always been top quality in their efforts, just not that much in quantity. Series like F-Zero and Wipeout are highly praised with their fanbases for offering something fast and addicting while being extremely challenging. Neither title has seen a major release in some time, and thanks to a kickstarter project dating back to 2015, PACER has been released and is considered a spiritual successor to the Wipeout series. Formerly known as Formula Fusion, what many think would be a Wipeout clone feels like a much-needed proper sequel in the series.

Developer R8 Games began its foray into PACER with quite a few people from the original Wipeout series on PS1, specifically Wipeout 3. Everything fans know and love about the Wipeout series is here, but there’s more depth. Much like Mario Kart did a few years ago with adding variation to karts, PACER follows the same mantra and allows different types of parts to be added to the futuristic crafts. Players can create different loadouts to better suit different tracks whether it be a focus on speed, acceleration, weapon defense or handling. There’s a solid amount of variations to play around with on top of offering different bodies and designs to choose from.

Being the anti-gravity racing game that it is, PACER will have you hooked while continuously challenging you. There are four different classes of racing starting off with F3000. Players can choose from this or up the ante with three other classes maxing out at Elite. Elite is truly for those players that firmly know the courses and their crafts. This mode is blistering fast. Each craft has health and a shield to account for. There are a variety of weapons that can also be customized in different loadouts. Players can expect long-range missiles, mines and protectants to help take out the competition. Players will also lose some of their shield when hitting barriers on the track. Once the craft is blown up, players can expect to quickly respawn. It’s nice that this doesn’t take away from the action, but there should be more of a penalty when the craft literally explodes. 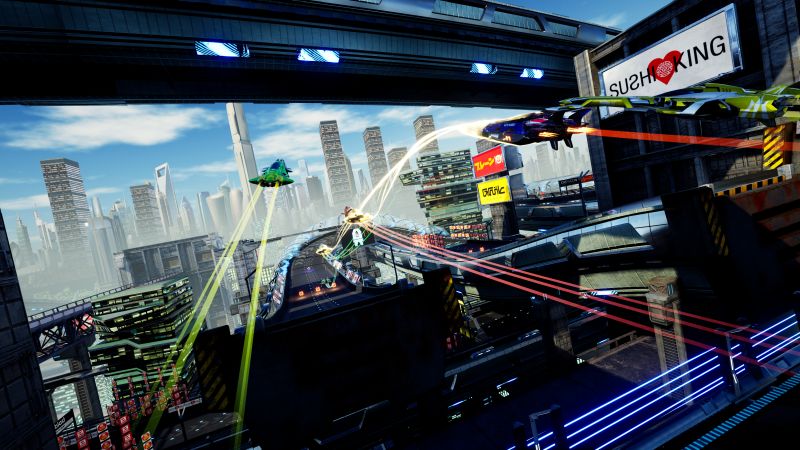 Players an race up to ten different AI opponents and the AI is consistent for an arcade title. Arcade titles tend to implement the “rubber band” AI just to keep things challenging for the player, but this felt minimal in the game. If you needed to work to gain some position, there are boosts spread throughout each track with the ability to nail a double boost. On top of this, PACER includes a KERS system that has been seen in major racing series such as Formula 1. Basically, braking will charge a battery over time and allow this for a boost. While traditional braking exists in PACER, you won’t be doing it much. You can expect the right and left air braking to drift around corners that the Wipeout series has always implemented. You also have the option to lift the front end of your craft or push the nose down. There are a number of varying ways to get the most out of both the handling and the speed on the crafts without being overcomplicated.

In terms of game modes, there’s enough here to keep you occupied. Players can hop into a race in any class with quite a few different racing options. Quick Race and Time Trial are the quickest ways to start getting acclimated with the racing. Speed Lap is a race where the racer with the fastest lap is the winner and not necessarily the winner of the race. Destruction awards the win to the racer with the most takedowns. Elimination will drop the racer in last place off the grid and Endurance will start taking away a racer’s shield after the first lap. The two other modes are extremely unique with Storm feeling almost like a battle royale. A bubble will shrink in size throughout the race as you can tether onto other racers and take their shield away. Last one standing wins the race. The last mode known as Flowmentum will have the craft get faster and faster with each gate that’s passed. This is an excellent variety of options of racing that don’t feel tacked on as each needs a different strategy.

The career mode in PACER is straightforward, but it’s deep and time consuming in a positive way. You will race with a variety of teams attempting to accomplish goals that grant you currency. There are also real-time leaderboards to see where your times are in relation to the world. The career mode incorporates all the modes listed above as you attempt to achieve a gold medal in each event. This is more of a typical, vintage career mode for racing games. The game, as a whole, includes ten different race teams and there seems to be a lore to the league already with established rivalries. There are fourteen different tracks with eight different variations including day and night racing. All of this will be experienced through the career, which means many hours of play. Having to learn each track and progressing through the different classes means every track and craft variation will bring a different experience. 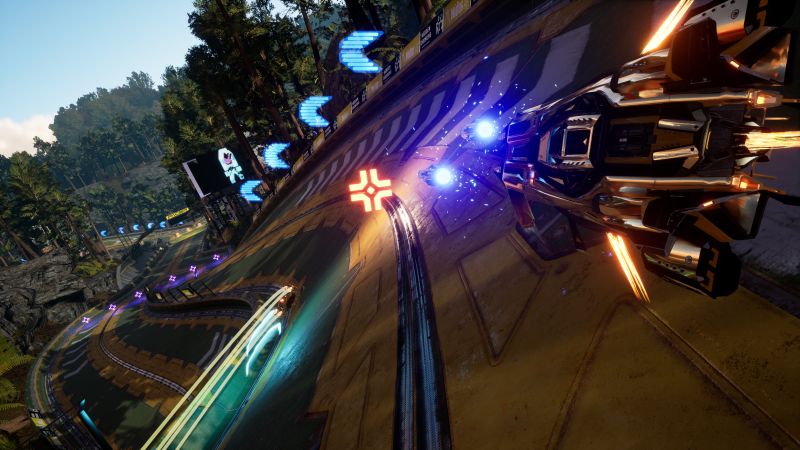 If you thought Wipeout was gorgeous, the same carries over to PACER. This runs on the Unreal 4 Engine and it feels maximized for the tech behind this game. On PlayStation 4 Pro, it runs in 4K at a blazing fast 60 FPS. With AI on the track, there was never a hiccups in the speed experience. Colors are vibrant across the board, but most noticeable at night especially with the lighting from the environment. The game is set in 2075 and it includes overgrown, abandoned cities and a variety of areas including snow environments. The game is beautiful in its visual execution and exactly the visual experience that a futuristic, anti-gravity racing game needs to be with no hindrance.

The sounds of the future are well represented in PACER. Sound effects on the track are in line with the Wipeout series. Most notably is the included soundtrack in the game. While all the songs are electronic-inspired, they’re more than fitting for the game, and there’s a lot. 80+ songs from CoLD SToRAGE was created specifically for the game on top of a plethora of other licensed EDM titles. The music seems to be turned down during gameplay by default so you’re not more focused on the music that’s playing.

Online racing is setup for PACER, but unfortunately it’s DOA on PlayStation 4, at least. You have the option to either set up a lobby or matchmaker, but there’s just no presence on this console. When someone is found in matchmaking, the other players are either gone by the time you enter the lobby or the game locks up (happened twice). This included launch day and it’s disappointing. It’s hard to say if the servers just aren’t working correctly or if there simply isn’t a presence in the game. Splitscreen does exist for offline multiplayer, but the online portion needs a boost somehow. 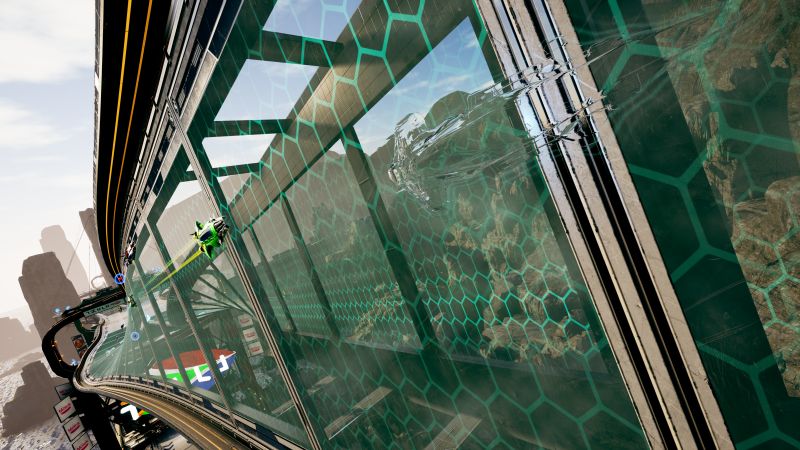 Fans of either F-Zero or Wipeout will undeniably and thoroughly enjoy PACER. The methodology behind this title is the same that you would see in Wipeout as the project began with many of the same people involved in the original games. The game is fast and beautiful and offers more depth with a variety of racing. The one downside is that tracks and additional parts do have to be purchased with in-game currency, but progressing through the career will unlock a good bit of things and this doesn’t feel predatory. The biggest downside is the online either being non-functioning or non-existent, which is disappointing. Overall, PACER is fast, addicting and fun with enough strategy involved to enjoy the single player aspect of the game.